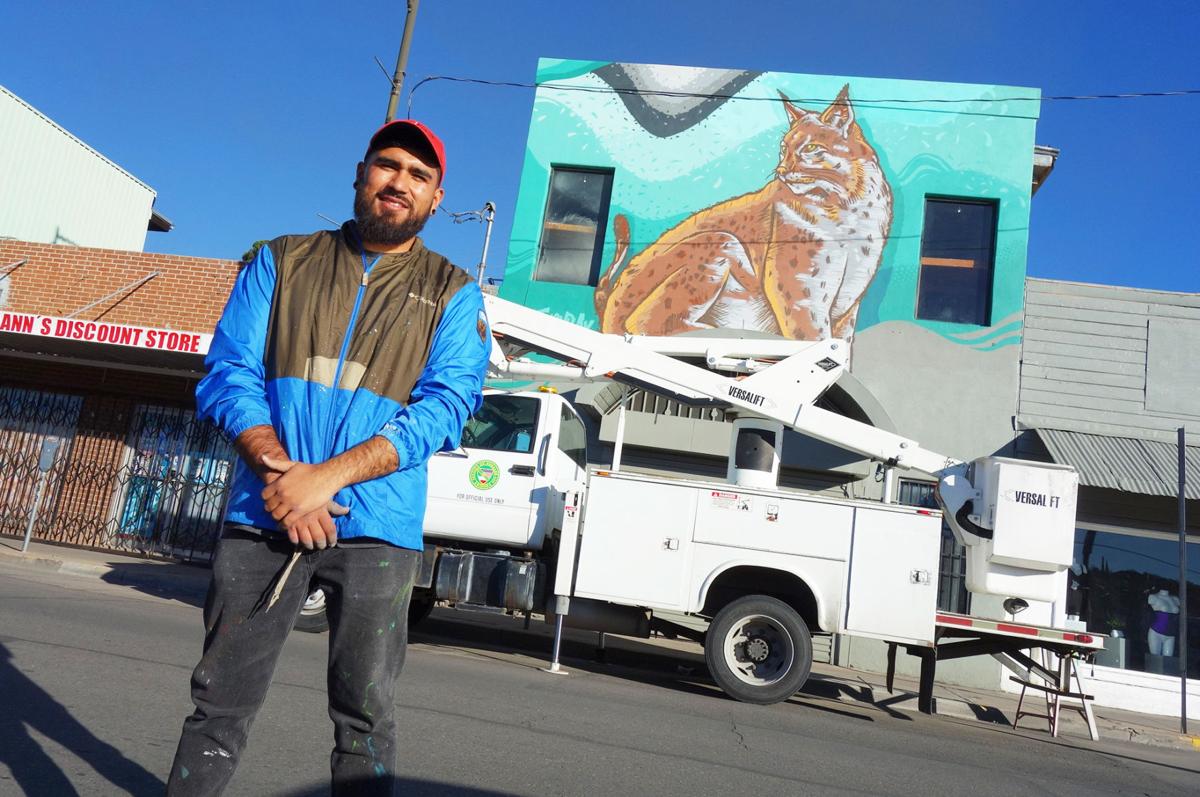 Antonio Lucero, aka Tony Plak, pauses for a photo while putting the final touches on the mural behind him on Sunday, March 15. 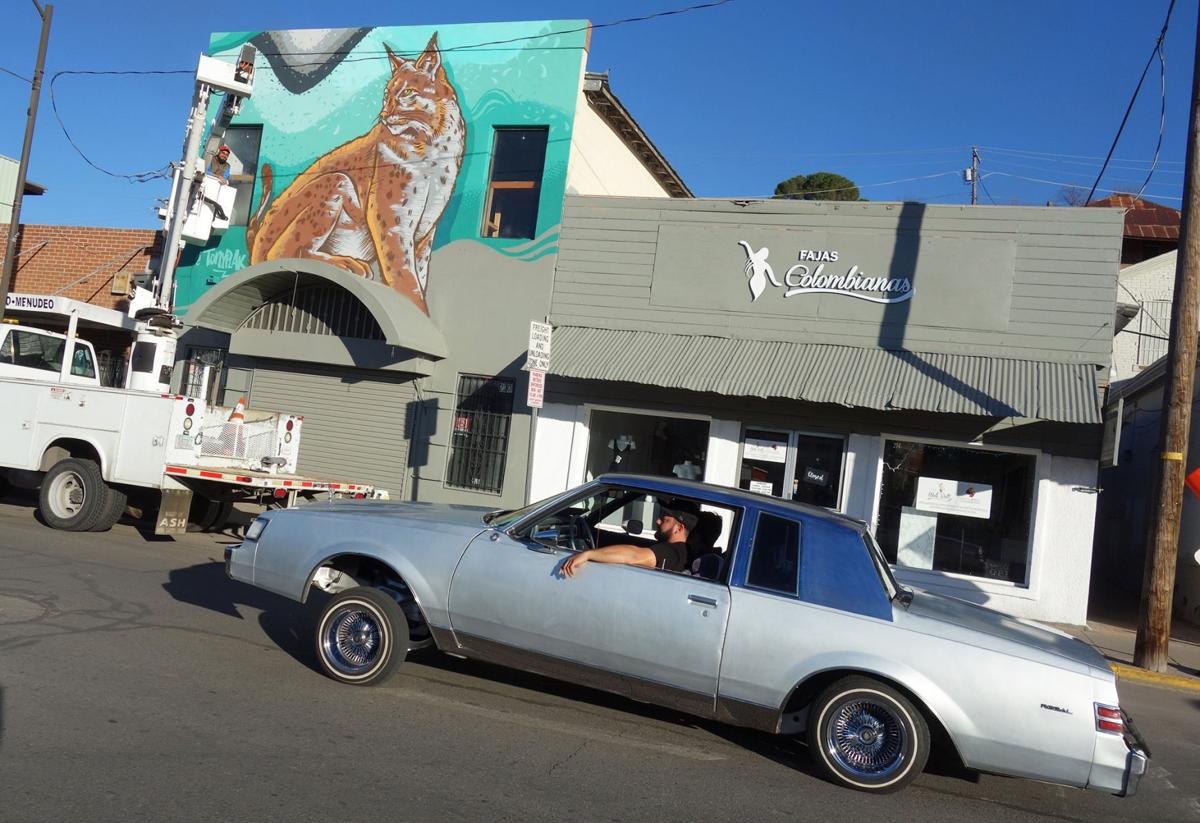 Antonio Lucero works on his mural from a City of Nogales bucket lift as a car enthusiast passes by on March 15.

An enormous wildcat, perched amid an undulating teal-and-grey desert landscape, is now watching over Morley Avenue near the intersection with Court Street.

The scene was painted by local artist Antonio Lucero, aka Tony Plak, on the second story of a long-unoccupied shop as part of an ongoing effort to beautify the struggling commercial avenue with murals.

Lucero finished his contribution to the effort on March 15 after four days of work that included painting during daytime and nighttime hours.

“It brings new attention to the building. Where people might not have noticed it before, now they’re looking up and they’re aware of it,” said Evan Kory, who is coordinating the ongoing Morley Avenue mural project as a board member of the Santa Cruz Advocates for the Arts.

Kory, whose family owns retail businesses and properties on the avenue, said the building where Lucero painted the new mural is owned by Art De La Cruz, who offered his storefront for the project.

“It’s been empty for a few years, so our hope is that someone will get excited about it and maybe move in,” Kory said.

Passers-by were already showing their excitement as Lucero worked on the mural by smiling, honking their car horns, giving a thumps up and yelling “good job,” Kory said.

Lucero said he’s been painting desert animals for the past year, and he developed the idea for this mural by considering ways to continue the theme in the context of the colors and characteristics of the building.

And while there is no overt political message in the artwork, Lucero noted that animals like the wildcat are affected by the bigger and longer barriers being built along the U.S.-Mexico border.

“We’re encroaching onto their territory – not them onto ours. But they are principally affected by us,” he said. “That’s why I paint animals so much – to see if it can raise people’s consciousness about the wall.”

After it was finished, the Fortoul brothers made some drawings related to the mural, which the Santa Cruz Advocates for the Arts then used to raise funds to create several more murals on Morley Avenue. With help from artists affiliated with La Linea, a new art studio on Morley, Kory began coordinating the production of the next murals in the project.

Lucero, a member of La Linea, was chosen for the second installment. And he received help from the City of Nogales, which donated the use of one of its bucket lift trucks to help him reach the second story of the building without having to rely on ladders.

Kory said Freddy Altamirano, a public works employee, stopped by after work to help out. “I offered to pay him and he didn’t accept, he wanted to help for free,” he said.

Lucero said he was glad to have the support of the municipal government.

“I think they like what it represents, and believe it can be something iconic for the city,” he said.