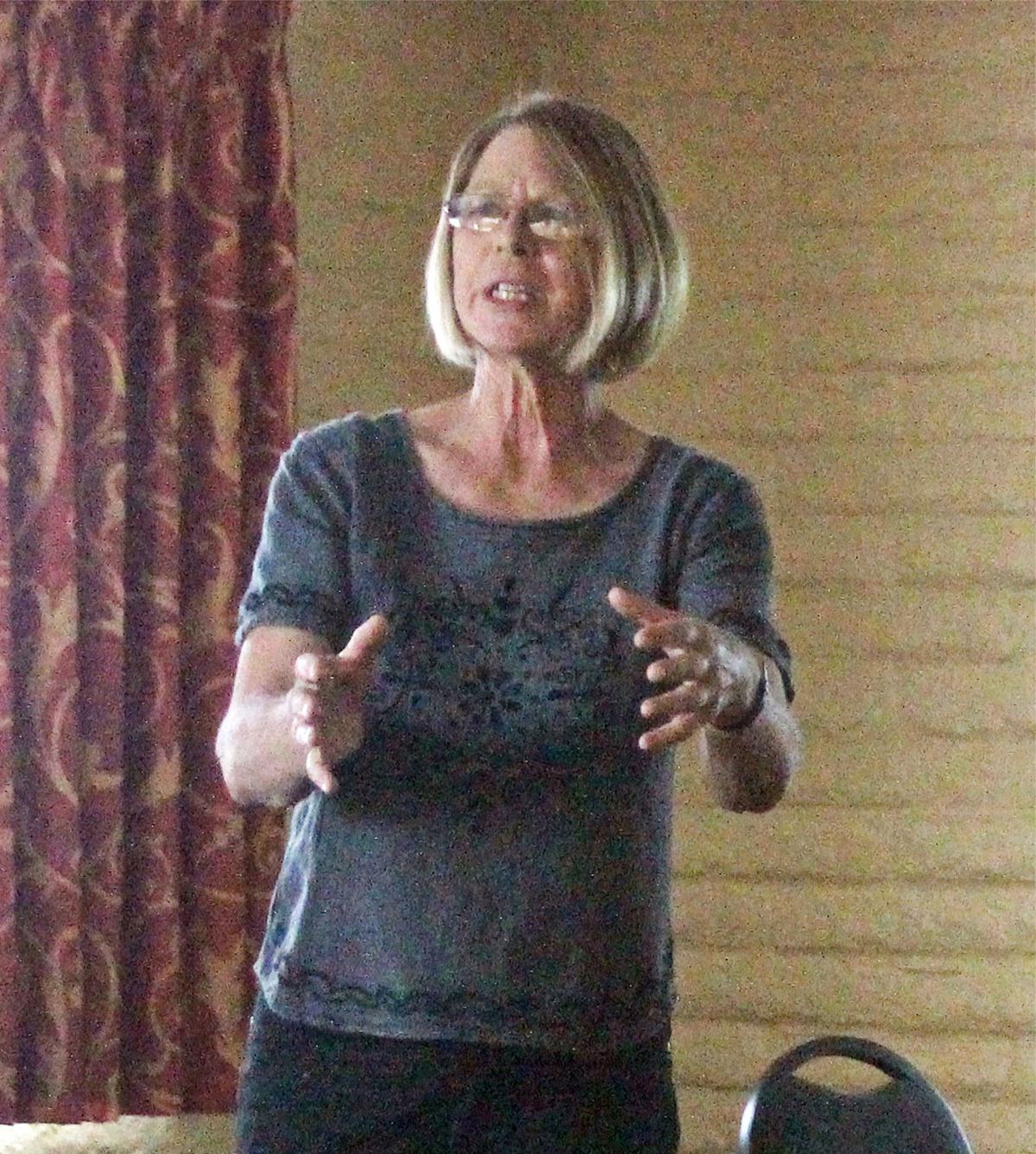 Connie Williams speaks at a meeting in Nogales in 2017. 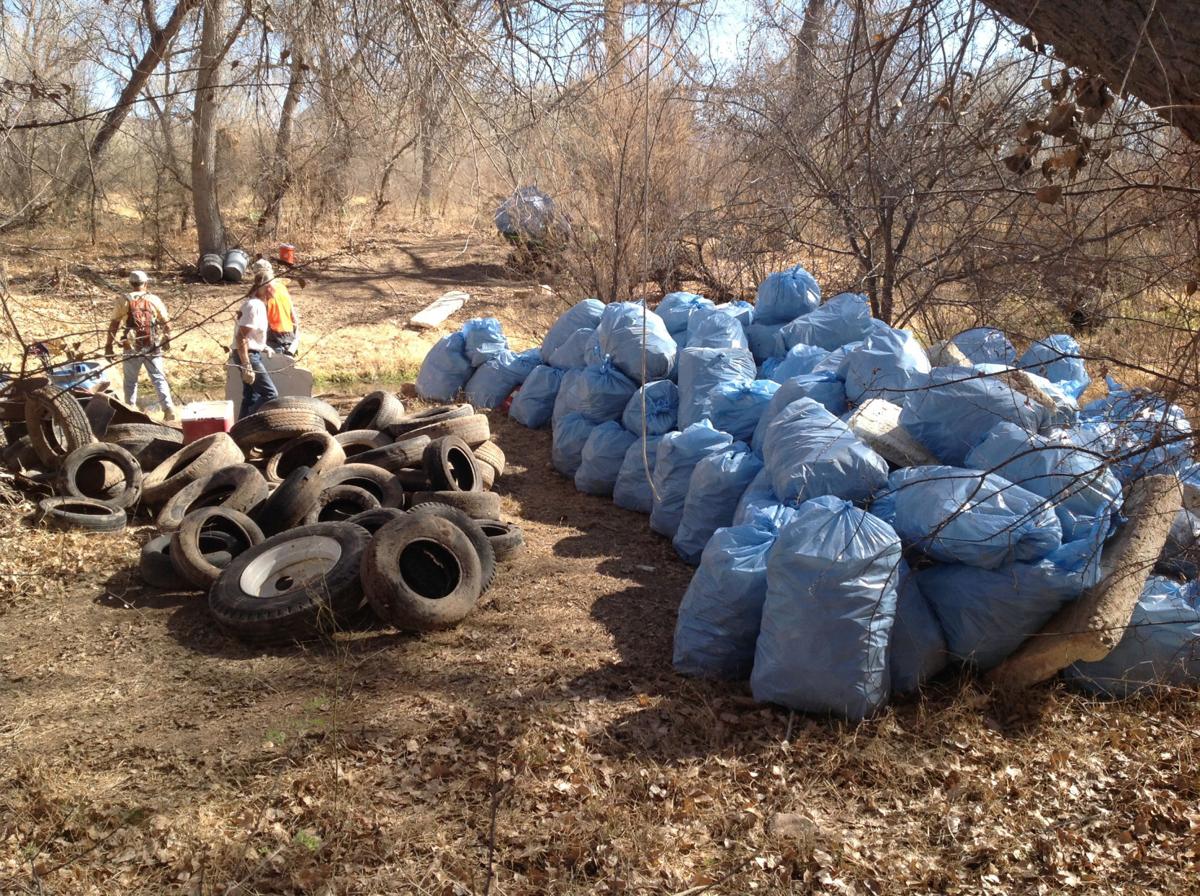 Volunteers with Corridor Keepers work to clean up trash along the Santa Cruz River.

Connie Williams speaks at a meeting in Nogales in 2017.

Volunteers with Corridor Keepers work to clean up trash along the Santa Cruz River.

Anthropologist Margaret Mead said we won’t have a society if we destroy the environment. She believed even a small group of thoughtful and committed citizens can change the world.

One of those citizens is volunteer and community organizer Connie Williams, says Sherry Sass, president of the Friends of the Santa Cruz River.

“She is a stellar example of someone who has dedicated her life to effective community service,” Sass said.

A retired middle school teacher in Santa Cruz County and a native Arizonan, Williams has founded and facilitated action groups with hundreds of volunteers who carry on the fight to preserve the natural beauty of the south-to-north corridor through which the Santa Cruz River flows.

Outspoken and passionate about the devastating toll a throw-away culture is taking on her beloved surroundings, Williams organized Corridor Keepers, a collaboration of Friends of the Santa Cruz River and the Anza Trail Coalition of Arizona. Corridor Keepers works with Rio Rico families and school children to maintain the trail and riparian area along the river.

A co-facilitator of the Santa Cruz Valley Climate Coalition, a volunteer with Produce Pantry that tries to rescue oversupplies of produce from the landfills, and a Riverwatch team leader for Friends of the Santa Cruz River, Williams reflects the determination of countless volunteers who battle an astonishing human appetite for using this gorgeous section of Southern Arizona as their personal garbage dump.

Corridor Keepers recently inducted its second group of families who get together for day and evening learning programs – the Girl Scouts and National Honor Societies from the schools also pitch in – all part of an effort to educate multiple generations of local citizens about the importance of stewardship of their homeland.

“If you get this message out to kids,” Williams said, “then it’s not too late.”

Families are tight here, so weekends and evenings are targeted so parents and kids can work as a team, such as the Jan. 27 river cleanup effort that brought together 136 people who handpicked and towed away two tons of garbage, including 300 tires.

“You build both stewardship and family,” Williams said. “You have this great moment when you look down the river and see all this clean, plus a sense of connectedness.

“There’s an economic benefit, too,” she added, alluding to the growth of wildlife-watching tourism opportunities in this area. She noted that native fish are finally returning.

Her late husband, Richard Williams, a Rio Rico businessman and former assistant manager at the Tubac Presidio State Historic Park, started the Anza Trail Coalition of Arizona. The trailhead at Palo Parado is named after him, so she’s also concerned with caring for the Anza Trail and getting it signed from the border to the county line. Many who live in the area didn’t even know about the trail, so hikes are organized to educate kids on how to interact with and enjoy this unique path.

“We want families to learn to love the trail,” she said.

Williams describes herself as an “intentional volunteer,” committed to furthering a specific world view with the goal of happy, healthy, well-prepared kids; secure and thriving communities in balance with our ecosystem; and better connections with family, friends, neighbors and the Earth itself.

(Touzeau is a volunteer with the Green Valley-Sahuarita Volunteer Clearinghouse.)