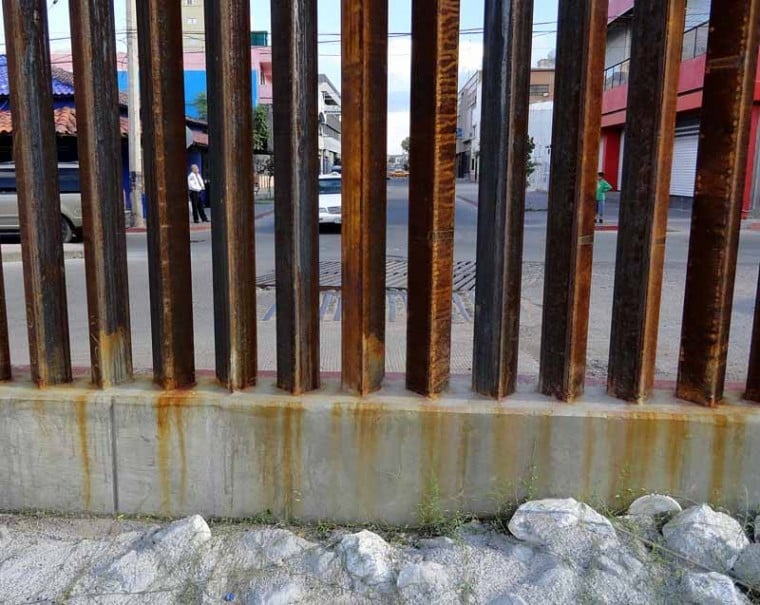 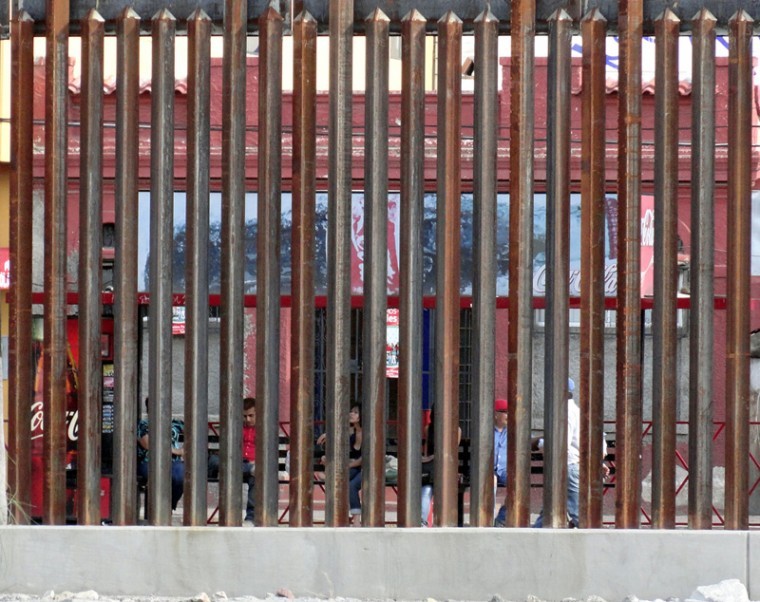 Assaults on agents are down and cross-border communication is up a year after the completion of the bollard-style fence in Nogales.

The $11.8 million project replaced 2.8 miles of landing-mat fence separating Nogales, Ariz., and Nogales, Sonora, last July. The new fence is taller, includes an underground footer and uses steel rods instead of a solid panel as a barrier – a security feature some locals say also makes the division between the United States and Mexico less apparent.

Residents on the U.S. side can hear mariachi music, watch people hang laundry from their hillside homes and chat with their neighbors in Sonora through the 4-inch gaps between bars. For Border Patrol, that visibility allows agents to respond to threats more quickly and to stop people while they’re still in Mexico, said Leslie Lawson, the patrol agent in charge of the Nogales Station.

Apprehensions decreased about 5 percent, while marijuana seizures were down about 9 percent over the same time period. The number of tunnels found in the station decreased about 22 percent, from nine tunnels to seven.

The increased security features of the new fence haven’t stopped illegal activity, Lawson said, but they have slowed it down. Though apprehensions have decreased slightly since the fence’s installation, more people are also crossing east and west of the fence in rural areas to avoid the new fence’s increased height of 18 to 30 feet, Lawson said.

“We have more time to interdict that,” she said.

Though drug smugglers have capitalized on the new design by throwing packages over the fence and sliding drugs through the spaces, the tactics are nothing new, Lawson said. And unlike the landing-mat fence, the new design has held up well to people trying to cut through it.

“It’s really not like the old landing fence that was like ‘In you go,’” Lawson said. “It’s painstaking and very tough, a lot of torch work.”

The new fence has allowed Border Patrol to reallocate resources from downtown Nogales to other areas, Lawson said. Agents can now see greater swaths of the border through the fence, which means Border Patrol can have fewer “static positions,” Lawson said. Additionally, less fear of rock assaults means agents can get closer to the border in any type of vehicle -- not just those with extra protection.

And some residents – on both sides – say they feel safer with the new fence.

The additional height combined with more enforcement have deterred people from jumping over the wall, said David Lira, a Nogales, Sonora resident, while he sat on the Sonora side of East International Street. He said he now has less fear for the people who used to get injured crossing the fence.

“This wall is good,” said Lira, 48. “There was a huge problem with people climbing the wall. They would jump and they would fall, really often. The change improved it by an enormous quantity. It didn’t stop it completely, but, in general, a lot.”

But local music teacher and community organizer Gustavo Lozano worries that the fence doesn’t stop people from entering the United States and instead increases the risk of death because people will cross in more remote areas.

“They’re going to find a way,” Lozano said. “They will risk more and more.”

Luis Felix, 62, said the new fence makes him feel more secure in his East East Street home. He lives a few blocks from the fence and said he used to hear people running and yelling at night.

“That went down,” said Felix, who has lived in the house for about five years. “We don’t see that very often.”

Felix said he once saw people passing items through the fence near the Morley Avenue shops but overall thinks the new fence is more functional than the old one.

Though passing items through the fence is illegal, many people are making use of the gaps in other ways.

“It’s better because now we can watch the gringas that are close,” said Jose Francisco Valenzuela, a Nogales, Sonora resident who guards cars parked along the border. “Now we can see. I have three friends over there and now I can see their faces. For this, it’s better.”

Agents also use the gaps to talk to Mexican law enforcement, Lawson said.

“I think it is a lot less divisive, being able to see through that bollard,” said Lawson, adding that agents have seen people talking and even celebrating a birthday through the fence. “For us it’s a tactical advantage, but from a community standpoint it’s more inclusive. In some ways, it disappears.

Rosalva Bazúa, 65, has sat watching the fence from Nogales, Sonora nearly every day for 10 years from Puesto “Elian,” a small stand selling sodas and snacks directly against the border. She didn’t think people were allowed to talk between the countries.

Communication through the fence is legal, Lawson said, but all items must pass through an official port of entry.

Despite its extra height and permanence, the new fence hasn’t affected relations between Nogales, Ariz. and organizations in Mexico, said Nogales Mayor Arturo Garino. Though crossing the border was simpler in the past, officials on the other side know there’s a need for more security, he said.

“Times have changed,” Garino said. “We’re in a different era.”

And compared to the last time the fence was changed – from chain link to mat-landing in the 1990s – the new fence is a huge improvement, said Bruce Bracker, a partner in Bracker’s Department Store in downtown Nogales, Ariz. The fence is better for the close community that spans the border, Bracker said, which is seen through the friends and families who congregate to chat at the fence most evenings.

“Even though it’s a fence, too, it helps the perception that it’s one community,” Bracker said. “We are Ambos Nogales, still.”