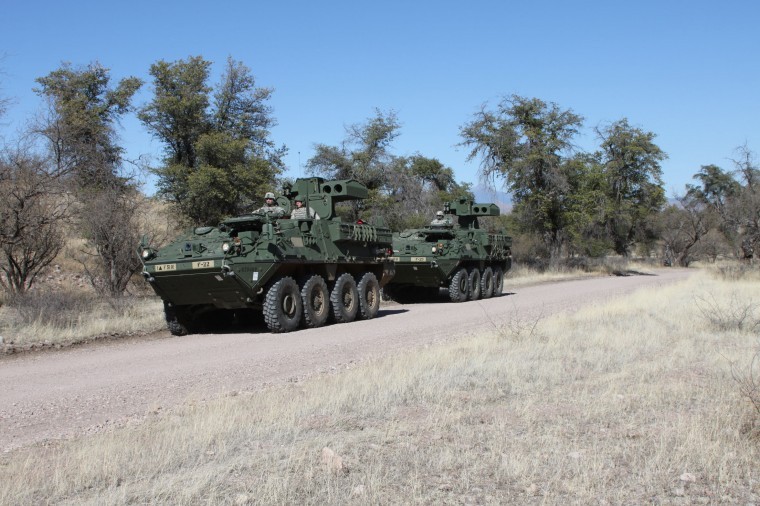 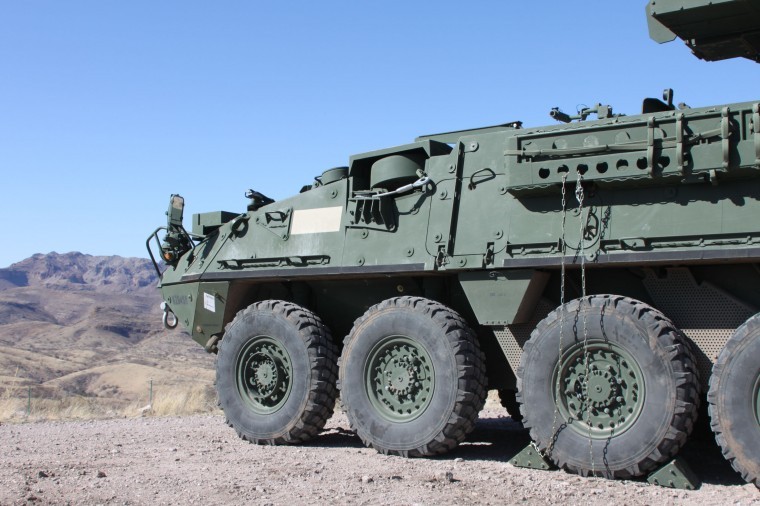 The tank-like vehicles traversing local roads and the unfamiliar faces in uniform around town are signs of the government’s latest effort to bolster border security.

Under this collaboration between U.S. Customs and Border Protection and the Department of Defense, dubbed Operation Nimbus II, military resources were deployed to border communities in Arizona and New Mexico, Adame said.

This type of collaboration is nothing new, he said.

“CBP works with DoD on a regular basis to identify joint opportunities that will allow DoD to fulfill training requirements and, at the same time, enhance CBP’s operational capabilities by leveraging DoD assets and experience,” Adame said.

Adame didn’t say how many military personal are in Nogales, calling it “an operational security issue,” but he did say that there are more than 500 soldiers working the operation in Arizona and New Mexico.

Law enforcement agencies submit requests for anything from engineering projects to intelligence support, Carrasco said, and then the agency seeks out help.

The partnerships are a win-win, Carrasco said, adding that the law enforcement agencies get a boosted work force and the military units get hands-on experience.

‘These missions provide tremendous training opportunities for the military units,” Carrasco said. “The missions are directly related to their military duties.”

The military units will provide Border Patrol with “limited intelligence, surveillance and reconnaissance support,” Adame said, adding that they don’t have any law enforcement authority.

In January, a crew of Alaska-based Army airborne engineers came to town to help carve a border access road through the coarse terrain west of the Mariposa Port of Entry.

The military units will finish with the border access road on Feb. 27, Carrasco said, but three other engineering missions are slated for completion in the Nogales area before the end of the fiscal year, which ends Sept. 30.

Although the Joint Task Force North has provided support to law enforcement agencies since 1989, people often have misconceptions about the organization, Carrasco said.

Namely, they are often confused with National Guard troops, which were earlier deployed to the U.S. -Mexico border.

Another clarification: those things you see that look like tanks, well, they’re not tanks. They’re armored wheeled vehicles.

Nogales is no stranger to forces sent to help bolster the border. In the fall of 2010, per President Barack Obama’s request, hundreds of National Guard troops were deployed to Nogales and other Arizona border cities.

Although not the same crew, the National Guard troops worked in largely the same way the Joint Task Force North units will – as a support system without law enforcement authority.