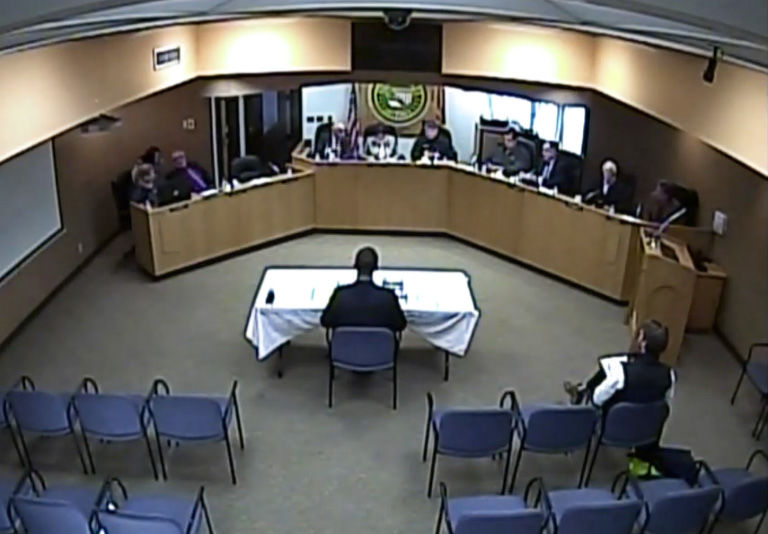 This screengrab from the City of Nogales YouTube channel shows a Jan. 6 special session of the mayor and council, at which they interviewed then city manager candidate Eddie Johnson. The video was not immediately uploaded, prompting a change in policy. 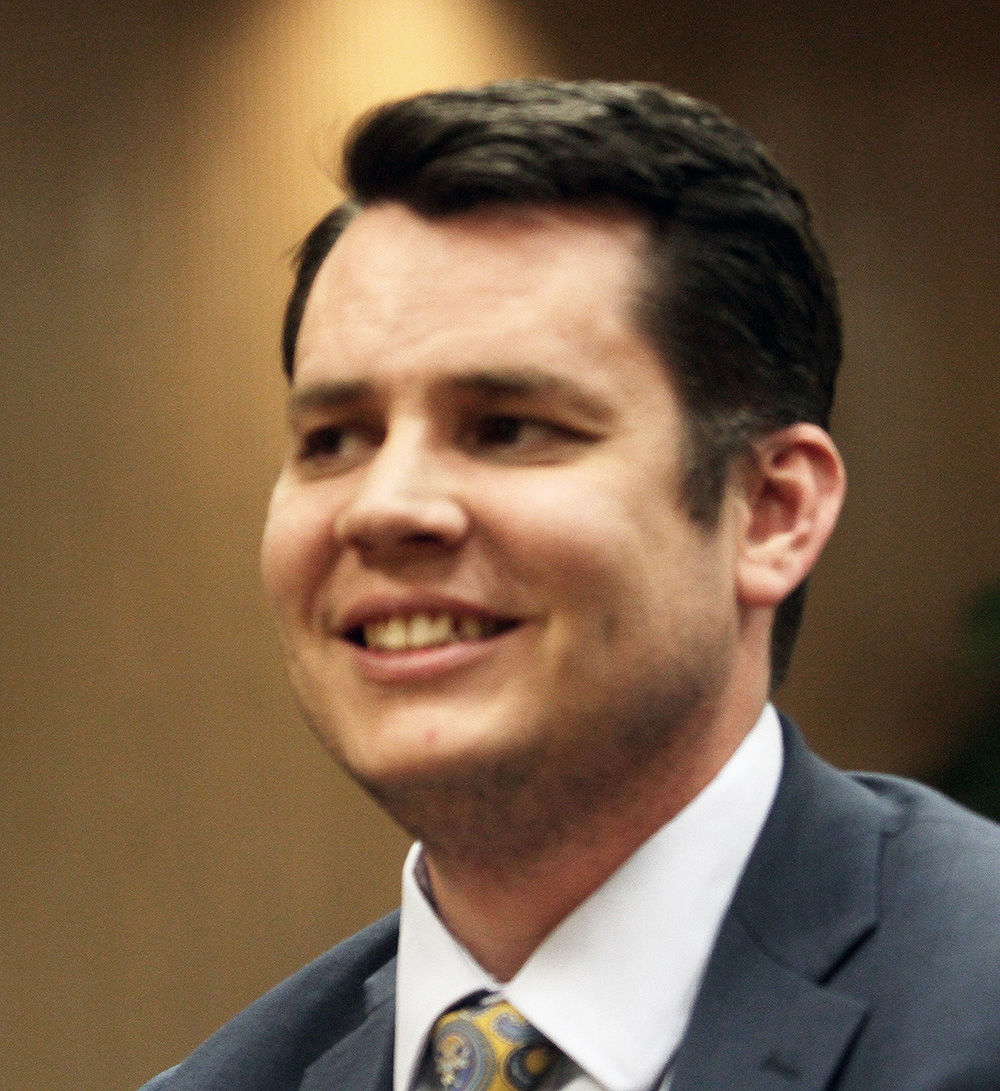 Hunter Lewis started was hired as the new deputy city attorney on Jan. 27.

After the video recording of a January session of the Nogales City Council wasn’t initially published online, the council on Wednesday adopted a policy confirming that all council meetings conducted at the City Hall chambers will be recorded and published to the city’s website and YouTube channel.

The council’s Jan. 6 interview of Eddie Johnson – who was subsequently hired to be Nogales’ city manager – did not initially appear on the city’s YouTube channel. Most council meetings are uploaded to YouTube by the following morning.

The NI attended the interview, which was open to the public, but noted in a Jan. 9 story that the video recording hadn’t appeared online. On Jan. 10, a video of the interview was added to the city’s YouTube channel.

The one-sentence policy adopted by the council on Wednesday states: “All regular and special meetings of the Nogales City Council that are conducted from the dais of the Council Chambers will be uploaded and broadcast live, gavel to gavel, except during a recess on the City’s Web Page and the YouTube Channel.”

At Wednesday’s meeting, Mayor Arturo Garino noted that Councilman Marcelino Varona, Jr. had raised the issue with him. Garino asserted that he’d told then-Acting City Manager John Kissinger to upload audio, but not video, of the meeting.

Garino said on Wednesday that video should be published of “everything that we do on the dais.”

The council voted to adopt the policy with no council members voting against the move.

The policy highlights a stark contrast between the city council and the Santa Cruz County Board of Supervisors, which has ignored repeated calls to publish audio or video recordings of its meetings.

Santa Cruz County Animal Care and Control said it has teamed up with the company PetHub to offer local residents a new “smart ID” tag for their pets.

As part of the program, pet owners can create a free online account that contains their contact information, the county said in a news release. Then, if a pet is found wearing the ID tag, the finder can use a smartphone camera to scan the QR code, see the contact info and contact the owner.

The program also works without the use of a phone, since phone numbers and a website address are also printed on the tag, the county said.

“I believe this new tag will decrease our stray animal impounds and reunite lost animals with their owners,” said Lt. Jose Peña, the county’s animal control supervisor, who noted that 927 animals ended up at the county’s shelter in 2018, followed by another 832 in 2019.

“These numbers should decrease year after year as the tags help reunite pets with their owners, hopefully without being brought to the shelter,” Peña said.

Hunter Lewis, a lawyer from Snowflake, Ariz., was hired on Jan. 27 with an annual salary of $87,500, according to City Human Resources Director Carmen Fuentes.

He had worked as a deputy county attorney for Navajo County since 2013, according to a resume submitted to the city. He was also a private attorney with Holland Law Group from 2017 until last month, according to a LinkedIn profile.

Lewis is a 2009 graduate of the University of Phoenix and earned his law degree in 2012 from Widener University. He also earned a Certificate in Public Management in 2016 from Arizona State University.

His resume states that he is fluent in written and spoken Spanish after serving a two-year mission in Honduras.

He also served as a councilman for the Town of Snowflake, Ariz. from 2017 to January 2020, according to the LinkedIn page.

Fuentes said there were a total of six applicants for deputy city attorney job.

The federal Environmental Protection Agency has appointed Santa Cruz County Supervisor Bruce Bracker to serve as a member of its Local Government Advisory Committee (LGAC), the county said in a news release.

The LGAC provides advice and recommendations to the EPA administrator to develop stronger partnerships with local governments to deliver environmental services and programs, the news release said.

Bracker said he was grateful to the EPA for the opportunity to serve on the committee.

“It is imperative that decision makers in the EPA receive the input from those of us on the ground on key issues and the impacts of policies on our communities,” he said.

Bracker’s term on the committee begins immediately and will end Dec. 30.