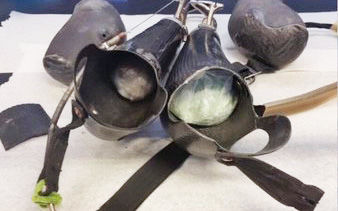 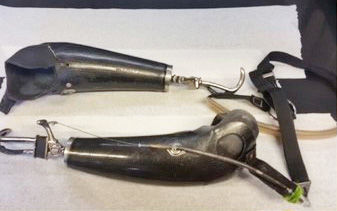 A 60-year-old man was busted in Nogales this week while allegedly trying to smuggle drugs into the United States by hiding them in his prosthetic arms.

The incident, described as “most unusual” in a June 25 tweet by Michael Humphries, U.S Customs and Border Protection’s port director in Nogales, was part of a series of busts in which local officers caught four people trying to smuggle a total of four pounds of meth, heroin and fentanyl on and inside their bodies.

In a tweet that same day, Humphries announced that CBP officers in Nogales, aided by a drug-sniffing dog, had seized 25 pounds of heroin and four pounds of fentanyl from a 67-year-old U.S. citizen man.

The drugs were reportedly hidden inside the quarter panels of the man’s vehicle. Their street value was estimated at $230,000.

Earlier in the week, CBP revealed that Nogales port officers had seized a total of 49 pounds of meth, 35 pounds of fentanyl pills, 15 pounds of heroin and 32 pounds of cocaine the previous weekend.

Some of the drugs were concealed in vehicles, while others were being smuggled by body-carriers, the agency said.

U.S. Customs and Border Protection said its officers in Nogales seized 260 pounds of hard narcotics with an estimated street value of more tha…