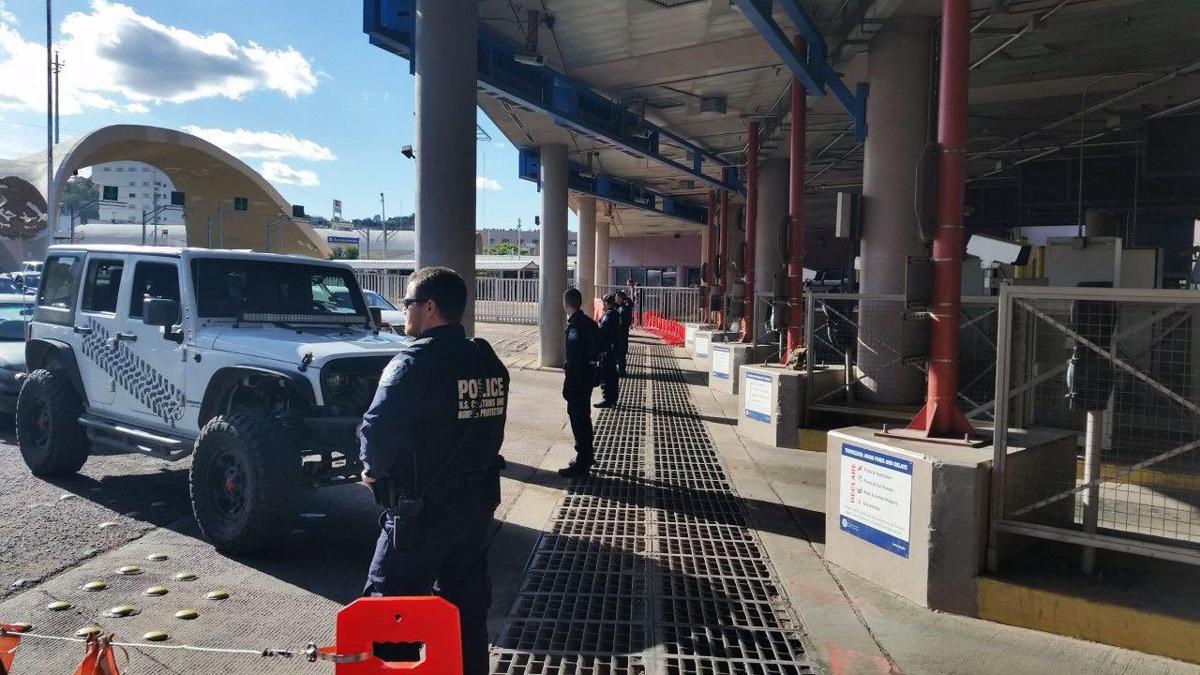 CBP officers stand at the entrance of vehicle lanes at the Dennis DeConcini Port of Entry in Nogales. 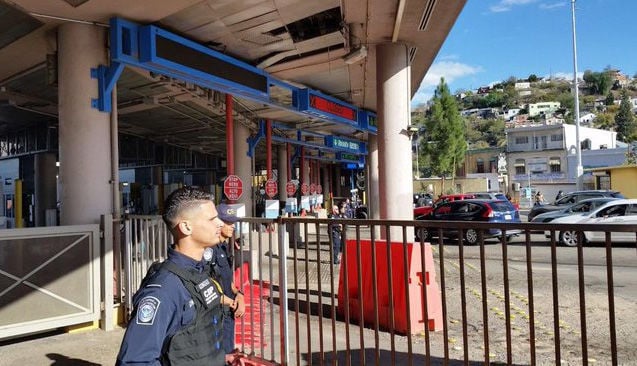 CBP officers stand guard in front of vehicle lanes at the Dennis DeConcini Port of Entry.

CBP officers stand at the entrance of vehicle lanes at the Dennis DeConcini Port of Entry in Nogales.

CBP officers stand guard in front of vehicle lanes at the Dennis DeConcini Port of Entry.

Vehicle lanes approaching the United States from Mexico were reduced at both the Dennis DeConcini and Mariposa ports of entry.

“Individuals without proper documentation attempted to evade inspection by running through vehicle lanes disrupting normal operations. This resulted in the closure of lanes and increased wait times,” CBP said in a news release issued Wednesday, adding that the number of people in detention at the ports has also increased.

The agency said it expected to return to full operations on Wednesday afternoon, but added that “security measures will be put in place” if the incursions continue.

“We will not allow ports to be overrun, and are prepared for large groups and caravans attempting to violate our security measures,” said Guadalupe Ramirez, CBP director of field operations.

Mexican authorities have increased their presence at the ports, and state and local law enforcement agencies will also assist with security efforts, CBP said.

Travelers were advised that they may see officers “exercising security measures in Nogales over the next few days for operational security readiness.”

“CBP officials understand and recognize the importance of the upcoming holiday season and the impact these enforcement measures will have to the local community and State of Arizona,” it said. “However, the reduction of lanes and/or reallocation of officers for security measures may be necessary.”

CBP added that it has previously seen large-scale incursion attempts at the ports used as diversions by criminal organizations as they attempt to smuggle contraband across the border.

Vehicle lanes re-open at port after influx of asylum-seekers