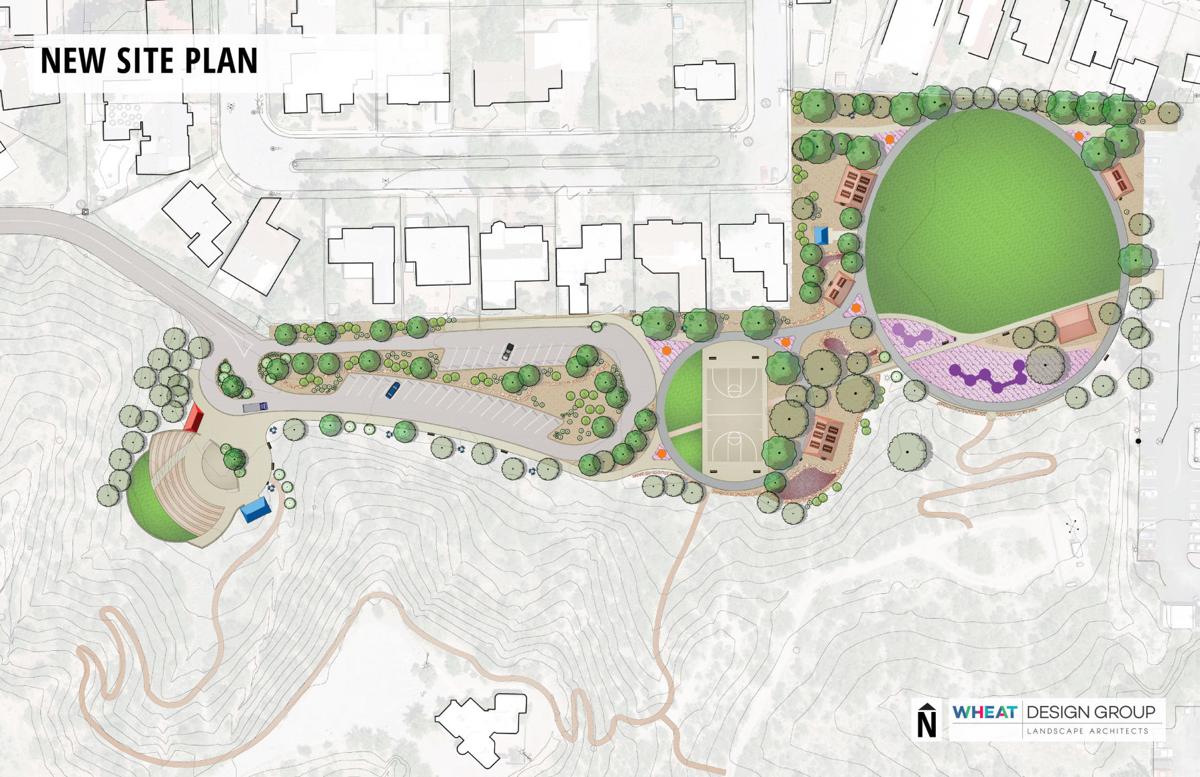 Architect’s renderings prepared for the City of Nogales show the plans for Teyechea Park, including play structures, a basketball court and an outdoor amphitheater. The parking lot behind City Hall is to the far right. 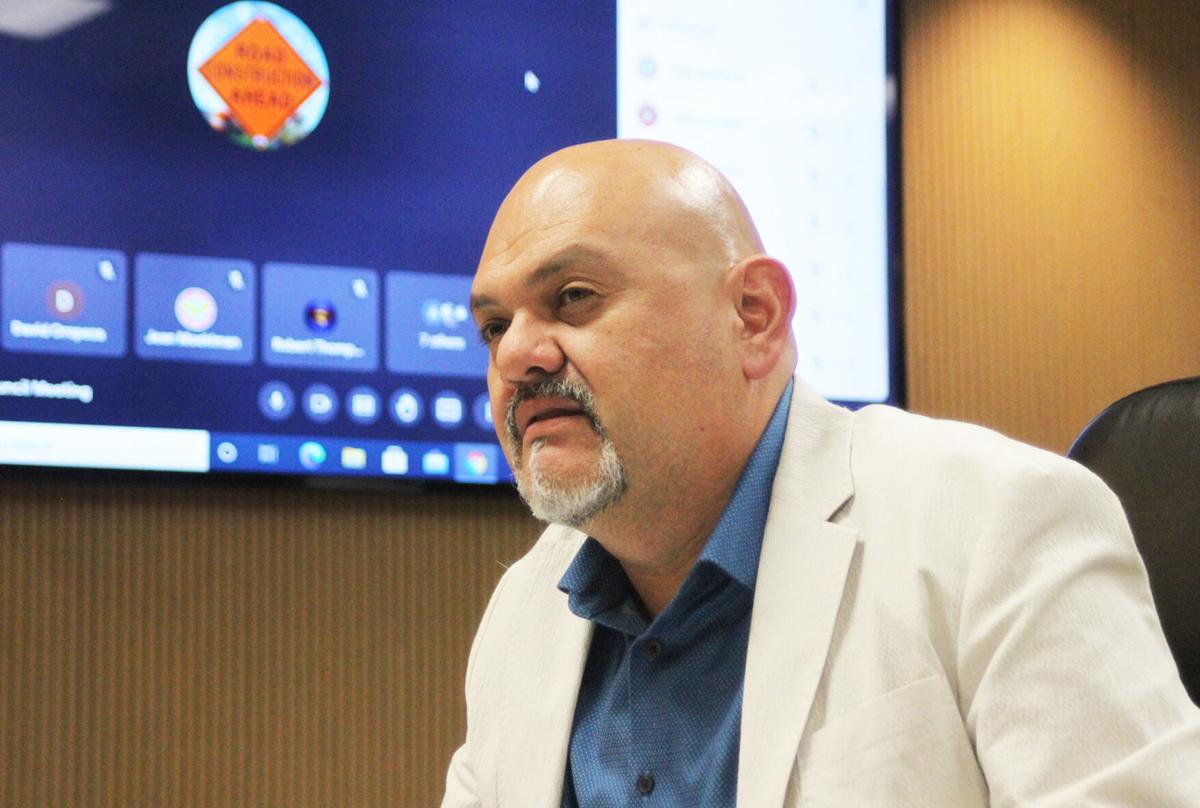 Responding to a question, Kissinger said he didn’t know how long the work would take, but that a timeline would likely be part of bids submitted by contractors for the job.

The city budgeted $554,000 for the first phase of work at the park, in the Fiscal Year 2022 budget approved last month. The work will also be partly funded by a state grant, Kissinger said.

The city has been planning a renovation and expansion of the park behind City Hall since 2018. Plans call for an amphitheater, new play structures, new basketball courts and a recreation path.

Also funded in the city’s Fiscal Year 2022 budget is work on the City Hall Annex building, which will eventually house the Nogales City Court and the finance department two doors down from City Hall.

Kissinger said on July 7 there wasn’t a timeframe for work to get started on the building, which was previously occupied by Chase Bank, but said that architectural designs were almost finished.

The City of Nogales is set hold a Fiestas Patrias event celebrating Mexican independence at Ron Turley Park on Sept. 11.

In a vote taken last week, the mayor and council agreed to classify the celebration as a “Category A” event, which allows organizers to access more funding and resources from the city. Councilwoman Esther Melendez-Lopez and Councilman Saulo Bonilla are organizing the event.

Bonilla told the NI that he has already confirmed several musical acts for the event: Gisele Campos will sing the Mexican national anthem; Fernando Baldenegro y su Banda Pichnonera will perform banda sinaloense music; rock band Element will come from Hermosillo; and a norteño band from Phoenix is also expected to play.

The planned celebration will coincide with the 20th anniversary of the Sept. 11 terrorist attacks. Independence Day is celebrated in Mexico on Sept. 15 and 16, which fall on Wednesday and Thursday this year.

Bonilla said some people had told him they were concerned about holding the event on Sept. 11, but the date was chosen for logistical reasons, since Saturday is the best day of the week to hold an event.

He added that the event would include a moment of silence to honor those who died in the Sept. 11 attacks.

In 2010, the city and its partners initially scheduled its Fiestas Patrias celebration for Sept. 11, but quickly backtracked and moved the event to Sept. 12.

The City of Nogales has started soliciting applicants for the city manager job, which has been vacant for more than a year.

On Wednesday, the Nogales City Council approved a promotional brochure for the job that was prepared by an executive recruitment firm. On Thursday, the job notice was posted on the city’s Facebook page.

Council to reopen chambers to public

Meetings of the Nogales City Council and the Nogales Housing Authority will look a little closer to normal starting next month.

The council agreed to return to the dais for future meetings and allow more seating for members of the public, but talked about providing 35 chairs for meeting attendees, rather than the pre-pandemic 70.

Since last spring, in response to the COVID-19 pandemic, the council and city staff have sat at separate desks distributed throughout the council chambers to allow for social distancing. City Hall reopened this April and, beginning with the council’s May meeting, a handful of visitors were allowed into meetings.

At the council’s June meeting, a reporter from the NI was denied entry, with officials saying that the handful of seats for visitors had already been occupied and more people wouldn’t be allowed into the room due to social distancing requirements. None of the council members and city officials present at that meeting were wearing face masks.