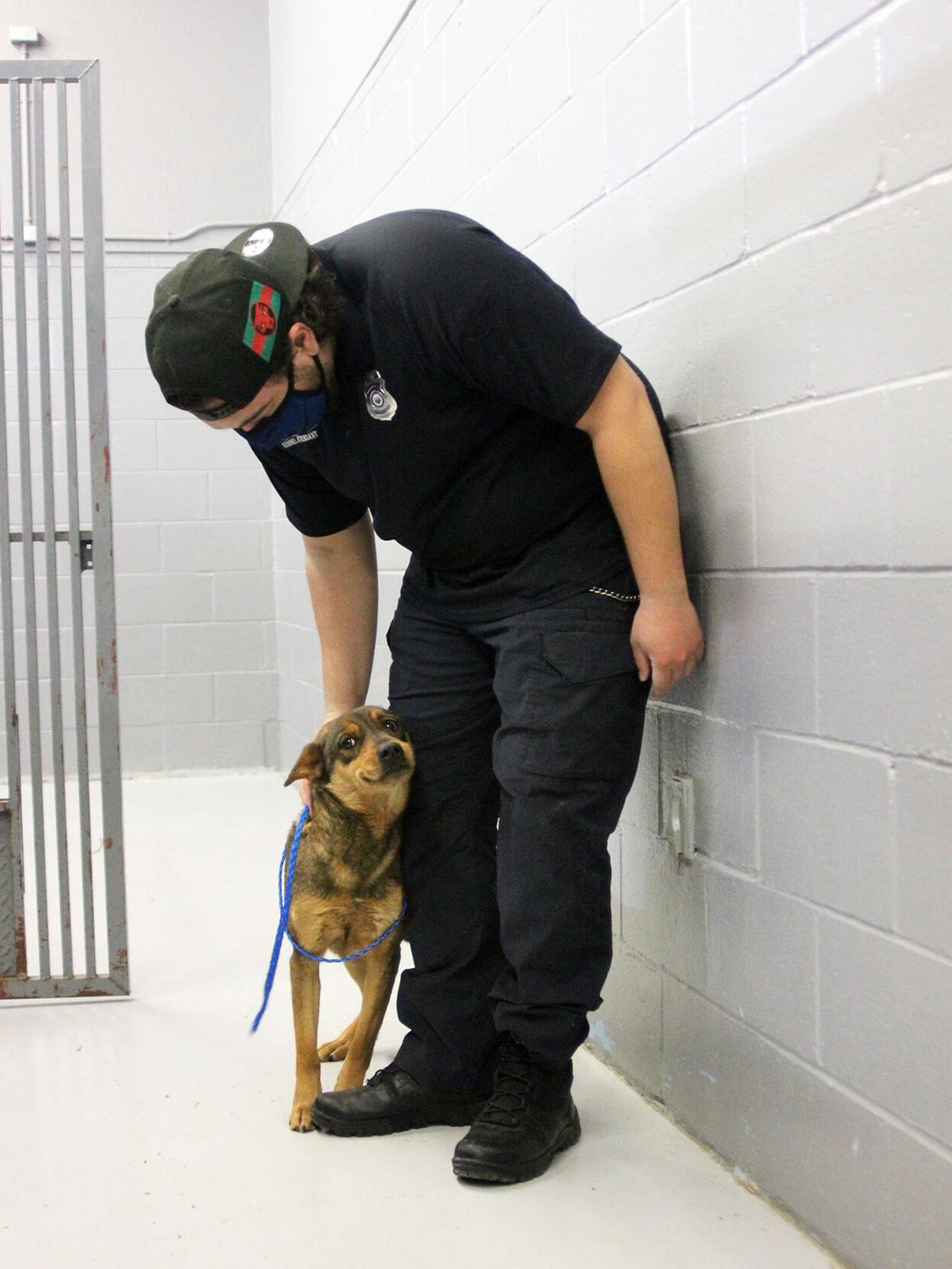 Shelter attendant Michael Sims with one of the shelter dogs on Wednesday afternoon. 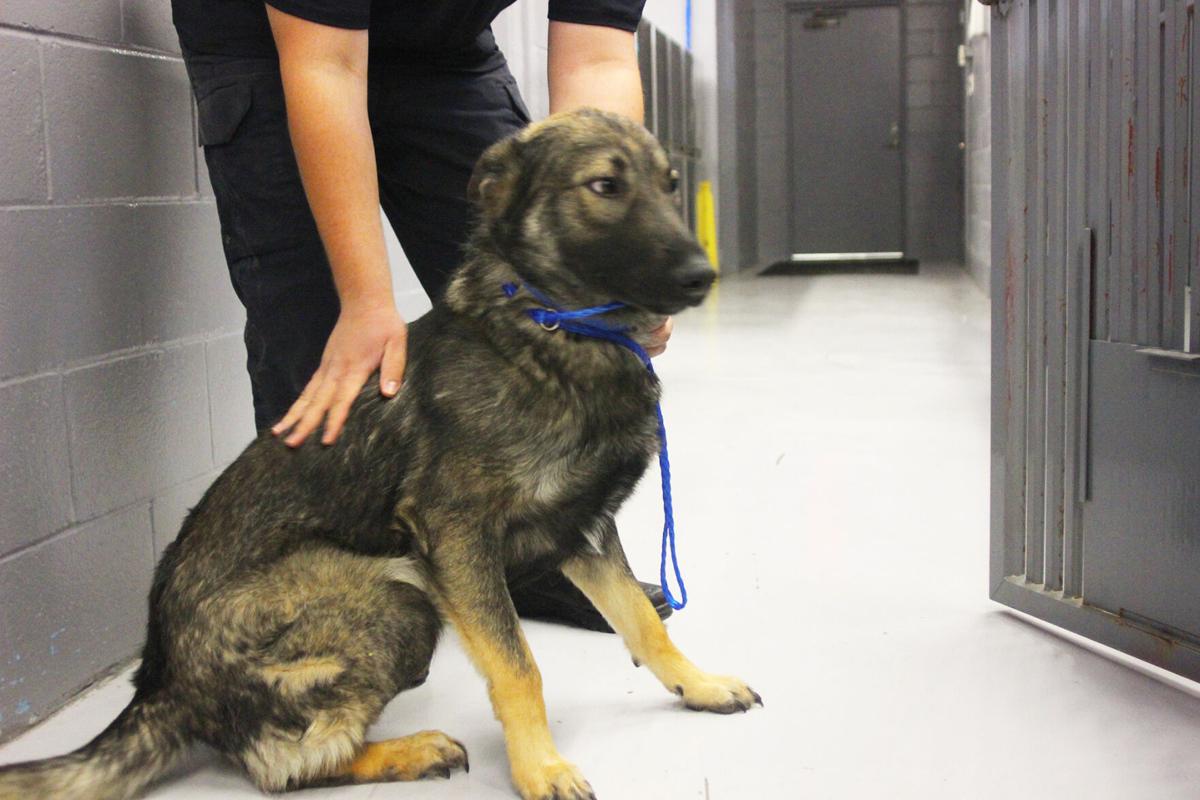 A canine resident of the county’s animal shelter in Nogales. 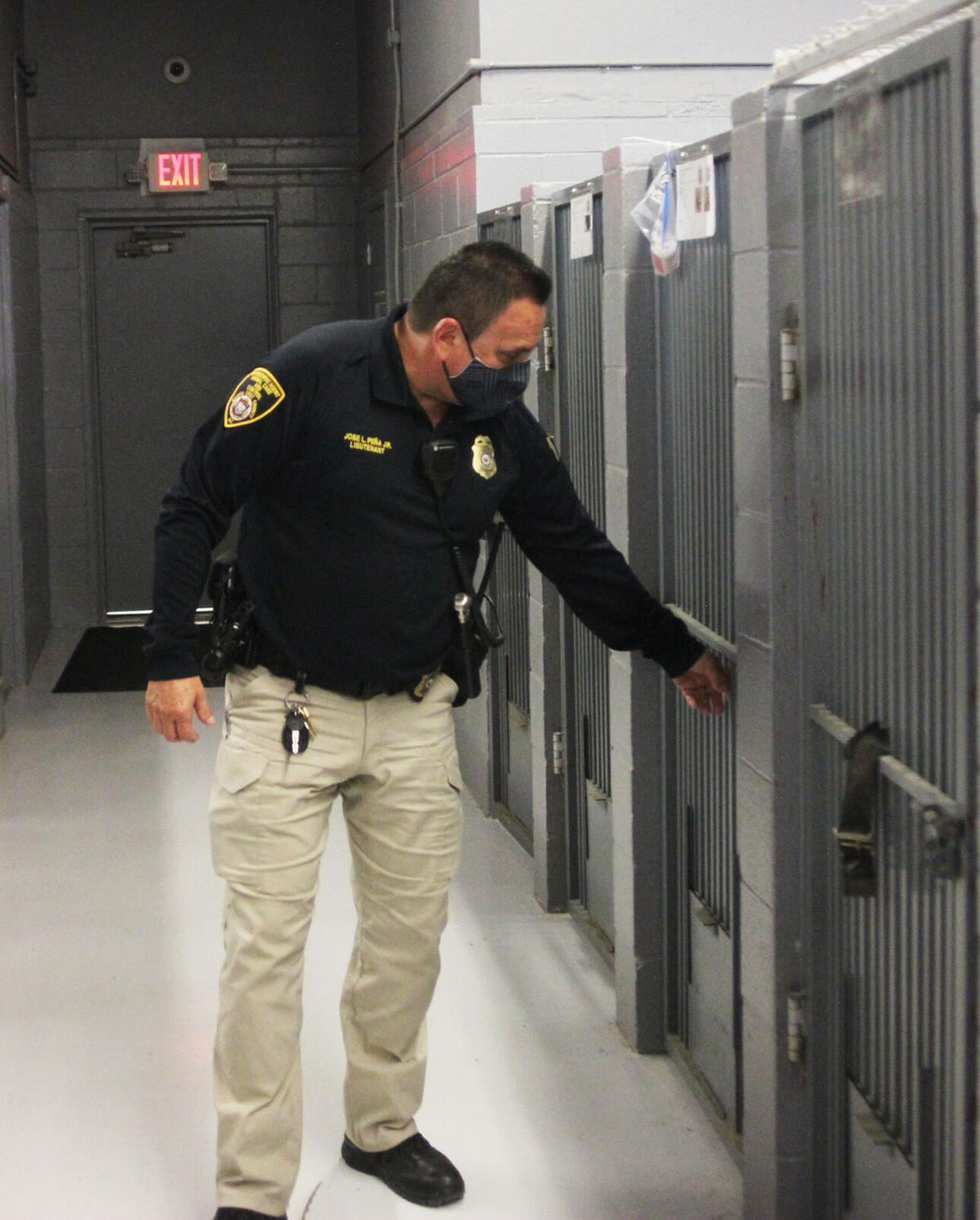 Lt. Jose Peña checks on animals at the shelter on Hohokam Drive.

Shelter attendant Michael Sims with one of the shelter dogs on Wednesday afternoon.

A canine resident of the county’s animal shelter in Nogales.

Lt. Jose Peña checks on animals at the shelter on Hohokam Drive.

Like all public safety professionals, Santa Cruz County Animal Care and Control personnel quickly shifted gears when COVID-19 arrived in the local area last spring. And, like many other entities, they’ve seen their operations change as a result of the pandemic.

At the county animal shelter on Hohokam Drive in Nogales, fewer animals found new homes in the past year, but fewer entered the shelter, too. Lt. Jose Peña, who has worked for more than three decades at the animal control department, said families were generally spending more time at home with their pets, meaning there were fewer stray animals that officers picked up.

But the shelter also closed its doors to walk-in visitors, meaning fewer people came to the facility and saw the animals available for adoption.

“We hardly had any people coming in,” Peña said.

Stray dogs generally account for the greatest proportion of animals entering the shelter, but data from March 1, 2020 to Feb. 28, 2021 showed that animal control officers had picked up 365 stray dogs during the year, down 40 percent from 612 in the same period a year earlier.

Cats, who are more often surrendered at the shelter by owners, came in at roughly the same rate.

Animal control officers also dealt with a handful of calls from families that needed a new kind of help – they’d fallen ill with COVID-19 and weren’t able to take care of their pets. Peña said the department took care of pets for about 10 different families, some for as long as two weeks.

The small, six-officer team split into two groups, with three people working from the office at a time, and visitors allowed only by appointment.

Some of the regular responsibilities stayed the same, but felt more dangerous. Peña said officers were sometimes called on to go into homes where infected people lived, if there was a pressing animal issue.

“Most of them were like that, ‘I have a snake here in the house,’ or ‘There’s a bat inside the house,’” he said. “We dreaded getting those calls!”

The department also implemented a new program in the past year – fitting pets with QR-code collars that can help identify stray animals by scanning the tag with a smartphone. Peña said that when the system is set up, someone who finds a stray pet can get directly in touch with the owners, bypassing his department, but they’d heard from some families who got lost pets back using the high-tech tags.

For now, Santa Cruz County Animal Care and Control is getting back to its regular hours of operation and also preparing for its busy season to kick in as the pandemic begins to subside. The summer, particularly monsoon season, tends to bring lots of unwanted animal activity.

“Snakes come out, and we get a lot of calls for that,” Peña said.