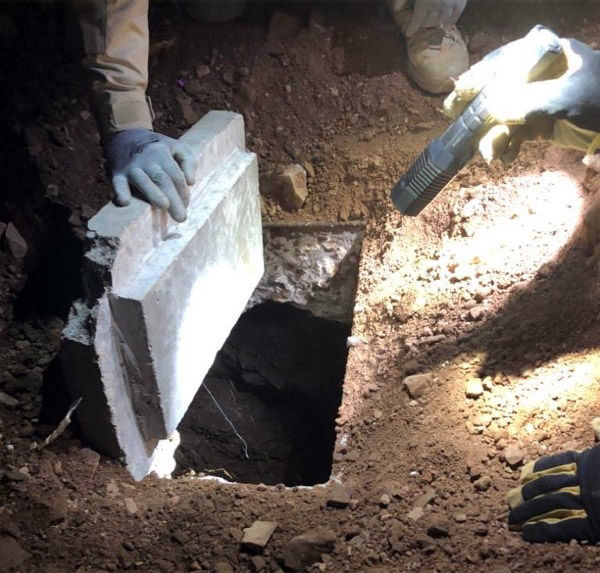 The entrance to the tunnel was hidden in the floor of the subterranean drainage system. 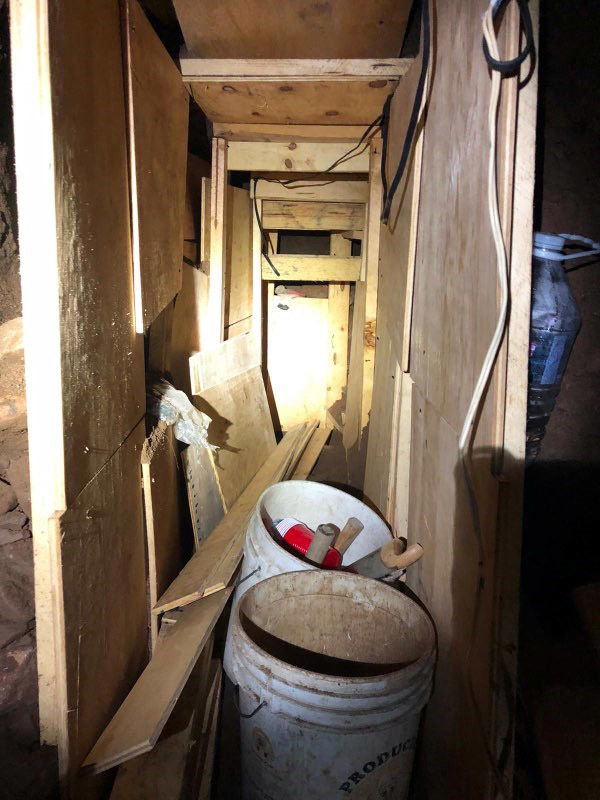 Construction tools and electrical wiring were found inside the tunnel.

The entrance to the tunnel was hidden in the floor of the subterranean drainage system.

Construction tools and electrical wiring were found inside the tunnel.

The U.S. Border Patrol says its agents, along with Mexican Federal Police, discovered an incomplete cross-border tunnel running under the streets of Nogales on Thursday.

The 29-foot-long tunnel was found during a routine binational sweep of the drainage system that serves both sides of the local border, according to a news release from U.S. Customs and Border Protection.

The entrance to the passageway was found in the concrete floor of the drainage system, CBP said. A pile of dirt concealed the tunnel entrance, which was covered by several sheets of plywood. Beneath the plywood, a cement cutout plugged the hole.

The tunnel was approximately three feet wide and five feet tall at its entrance. Construction tools and electrical wiring were found inside the tunnel, which was still being constructed 10 feet below street level.

“U.S. Border Patrol and Mexican authorities will continue to monitor and inspect the incomplete tunnel until it is properly secured and remediated with concrete filler,” the news release said, adding that this was the 123rd tunnel discovered in the Tucson Sector since 1990.

The large majority of those tunnels have been found in Nogales, though the discoveries are less frequent now than in years past.