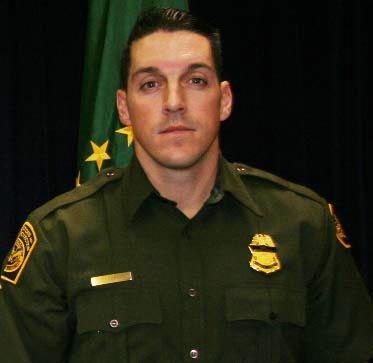 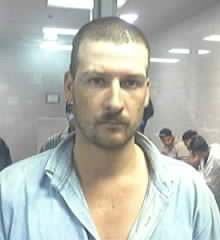 A suspect believed to be the trigger man in the murder of Border Patrol Agent Brian Terry near Rio Rico in 2010 was sentenced this week to life in prison.

Heraclio Osorio-Arellanes, a 41-year-old Mexican national, was the sixth of seven co-defendants to be convicted and sentenced in a case that brought attention both to the “rip crews” that steal drug loads in the desert, as well as a highly questionable U.S. law enforcement operation that allowed high-powered firearms to be smuggled into Mexico.

Last year, a federal jury at U.S. District Court in Tucson found that Osorio was part of a crew of five armed bandits who went out looking to rob smugglers transporting drugs from Mexico into the United States. Terry, 40, was shot and killed by bullet from an AK-47 when he and the other three members of his Border Patrol tactical unit attempted to arrest the men in an isolated area in the vicinity of Peck Canyon.

“A life sentence for Agent Terry’s murder cannot eliminate his family’s suffering. But it is our hope that this sentence brings some degree of comfort to Agent Terry’s family in knowing that the individuals responsible for his murder will be held accountable,” said U.S. Attorney Robert Brewer of the Southern District of California, who prosecuted the case due to the involvement of the U.S. Attorney’s Office in Arizona in the so-called “gun-walking” operation known as Fast and Furious.

Evidence showed that the five members of the rip crew were carrying four loaded AK-47 assault weapons, an AR-15 semiautomatic assault weapon, 180 rounds of spare ammunition and food to last for days.

Two AK-47s were recovered at the scene and traced to Operation Fast and Furious, which had been run out of the Phoenix field office of the Bureau of Alcohol, Tobacco and Firearms. As part of the program, federal agents allowed so-called “straw buyers” to purchase numerous weapons from Arizona gun shops and pass them on to south-bound gun smugglers.

Terry’s sister has previously said that investigators told her they believed Osorio was “the trigger-puller” who killed Terry.

Osorio fled the scene after the shooting, leaving behind his brother, Manuel Osorio Arellanes, who had been shot in the stomach. Manuel Osorio was detained, convicted and sentenced to 30 years in prison after helping the government identify the other members of the rip crew who were fugitives, the U.S. Attorney’s Office said.

Heraclio Osorio was taken into custody in 2017 by Mexican authorities in Chihuahua, Mexico and extradited to the United States on Aug. 1, 2018.

Co-defendants Ivan Soto Barraza and Jesus Lionel Sanchez Meza were arrested in Mexico and subsequently extradited to the United States in 2014. They were convicted by a jury of first-degree murder and other offenses in December 2015 and were sentenced to life in prison.

Another co-defendant, Rosario Rafael Burboa Alvarez, pleaded guilty to first-degree murder and was sentenced to 27 years in prison.

Rito Osorio Arellanes, who was in federal custody in Florence on the night Terry was murdered but who helped assemble the rip crew, pleaded guilty to conspiracy to interfere with commerce by robbery and was sentenced to eight years in prison.

The seventh co-defendant, Jesus Favela Astorga, was arrested by Mexican authorities and is pending extradition to the United States to stand trial in Tucson, the U.S. Attorney’s Office said.

“Today brings us one step closer to justice for Agent Brian Terry’s murder,” said Roy Villareal, chief of the Border Patrol’s Tucson Sector, in response to Heraclio Osorio’s sentencing on Wednesday. “The sentencing brings a painful time closer to an end and serves as a reminder of the grave dangers our agents face in their selfless commitment to the safety of their communities and country.”