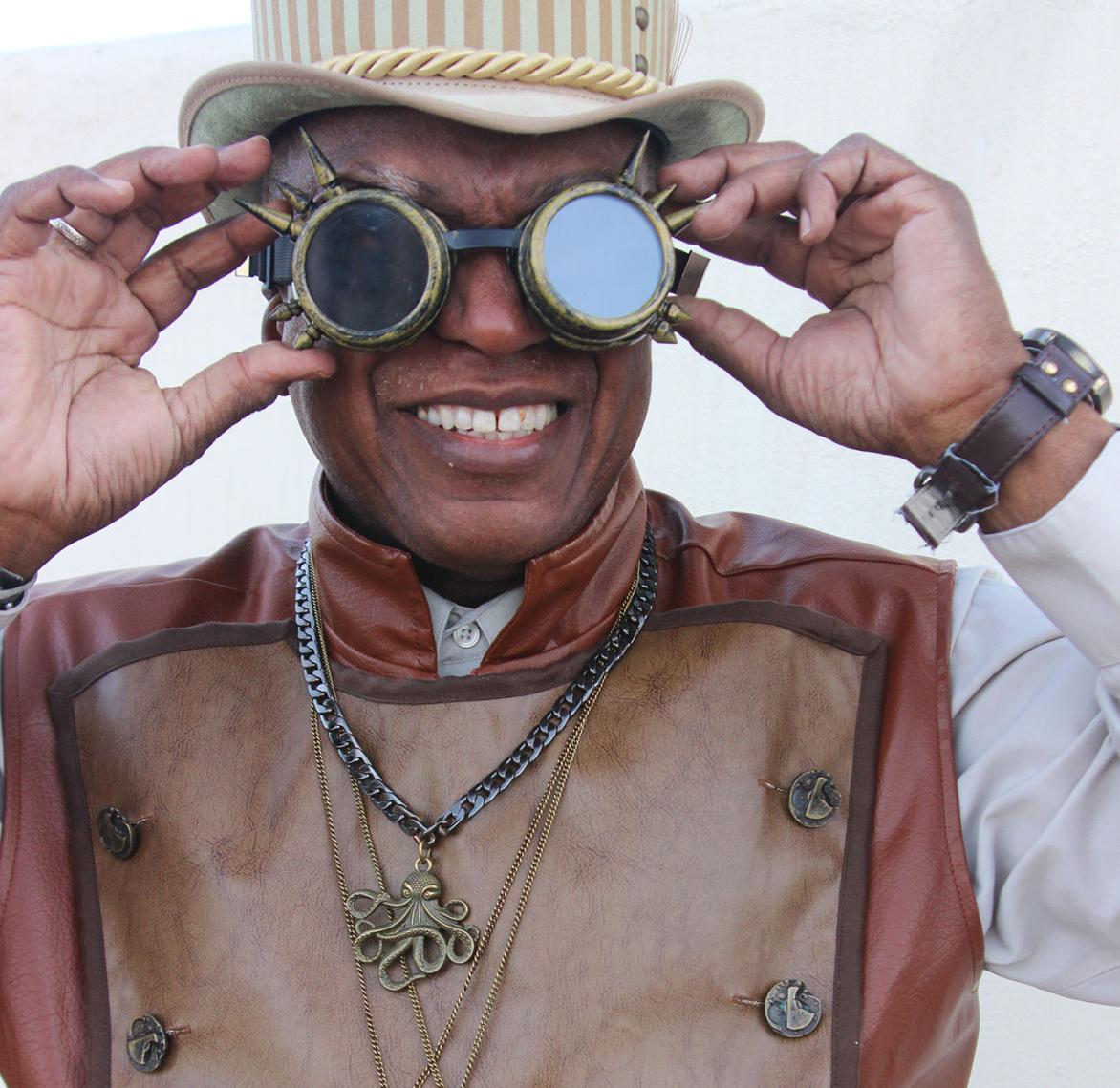 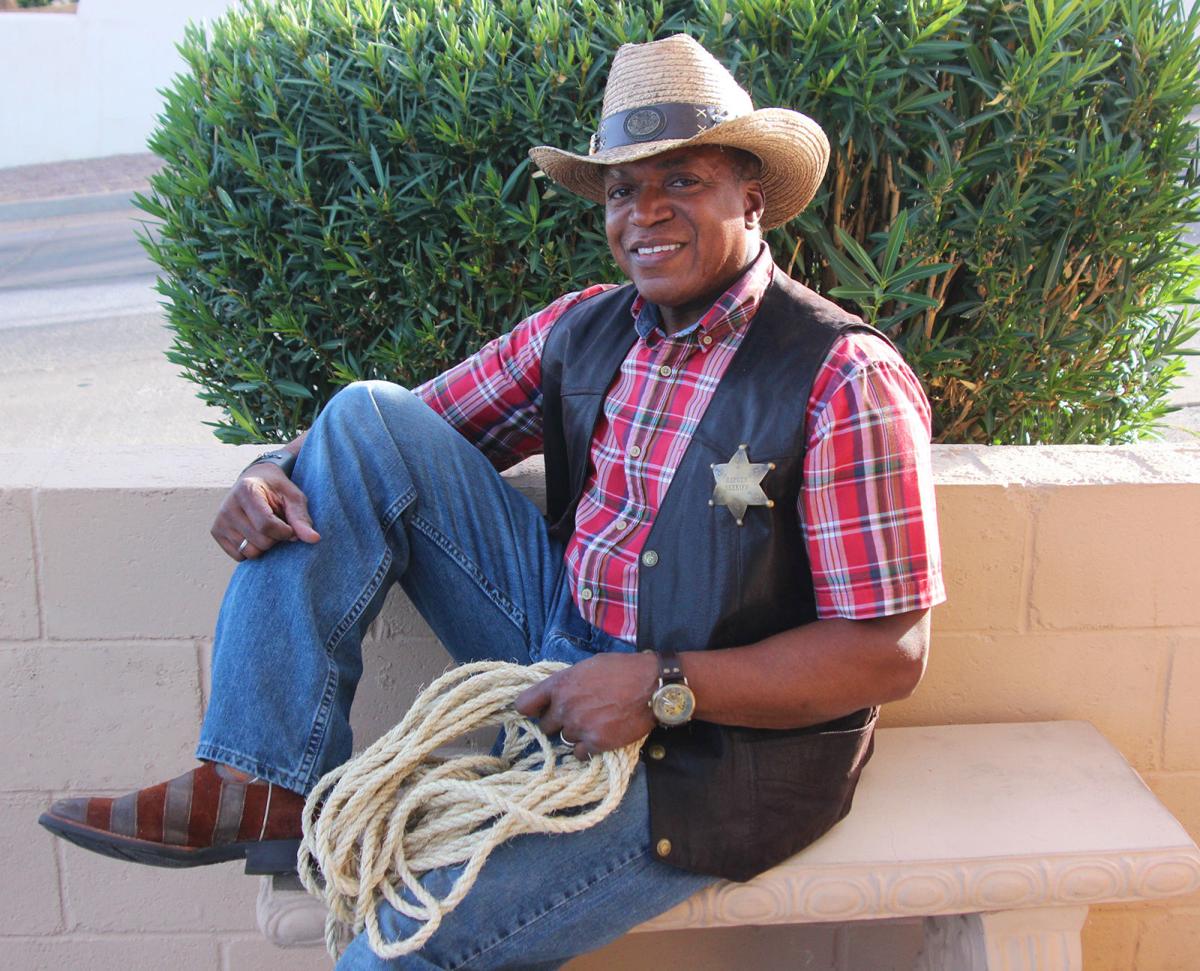 Lester Williams dons his western law enforcement outfit, which he says sometimes gives custom officers pause when he crosses the border for work. 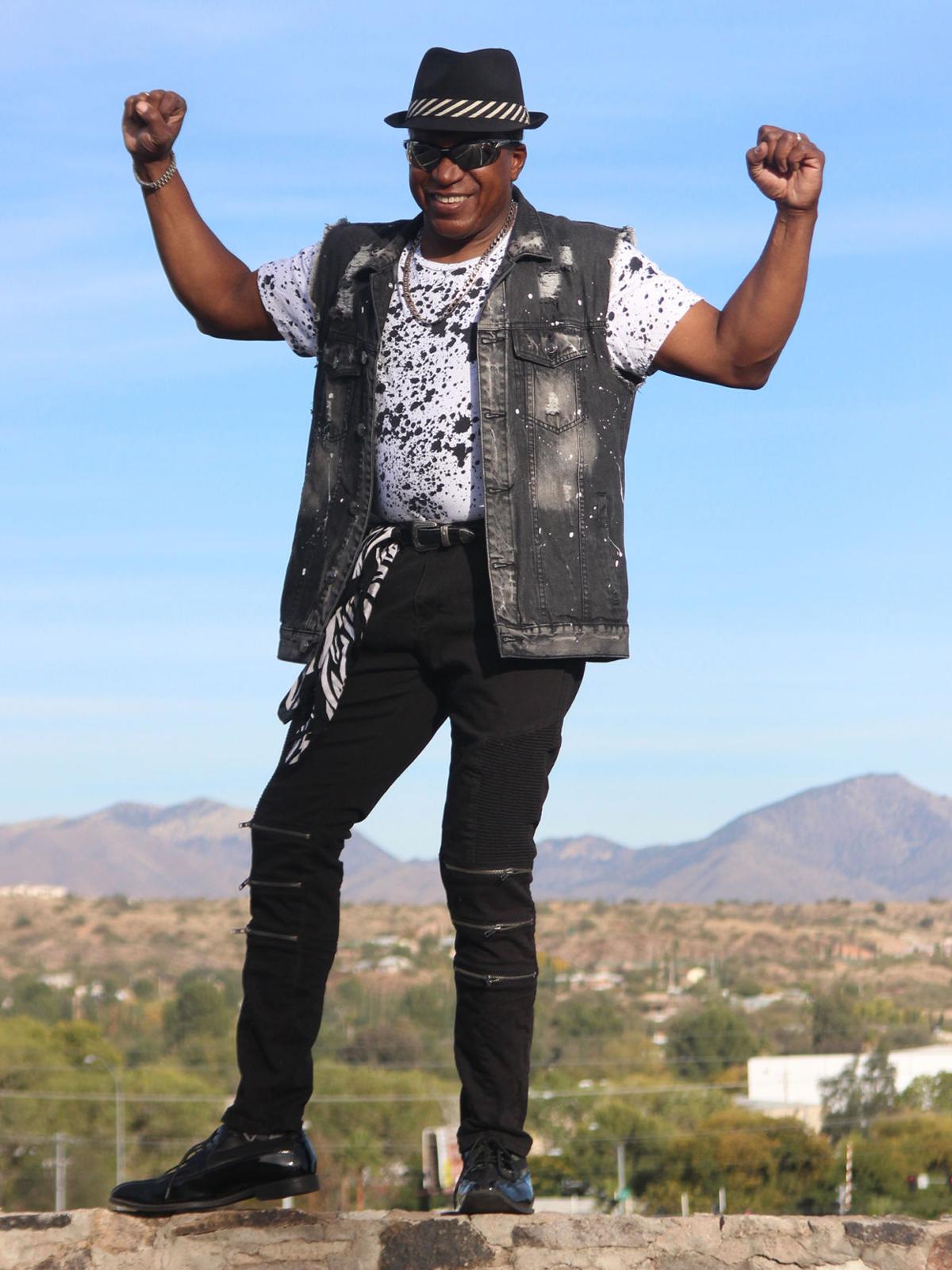 Lester Williams, a 61-year-old Nogales resident, strikes a pose in his rockstar outfit. 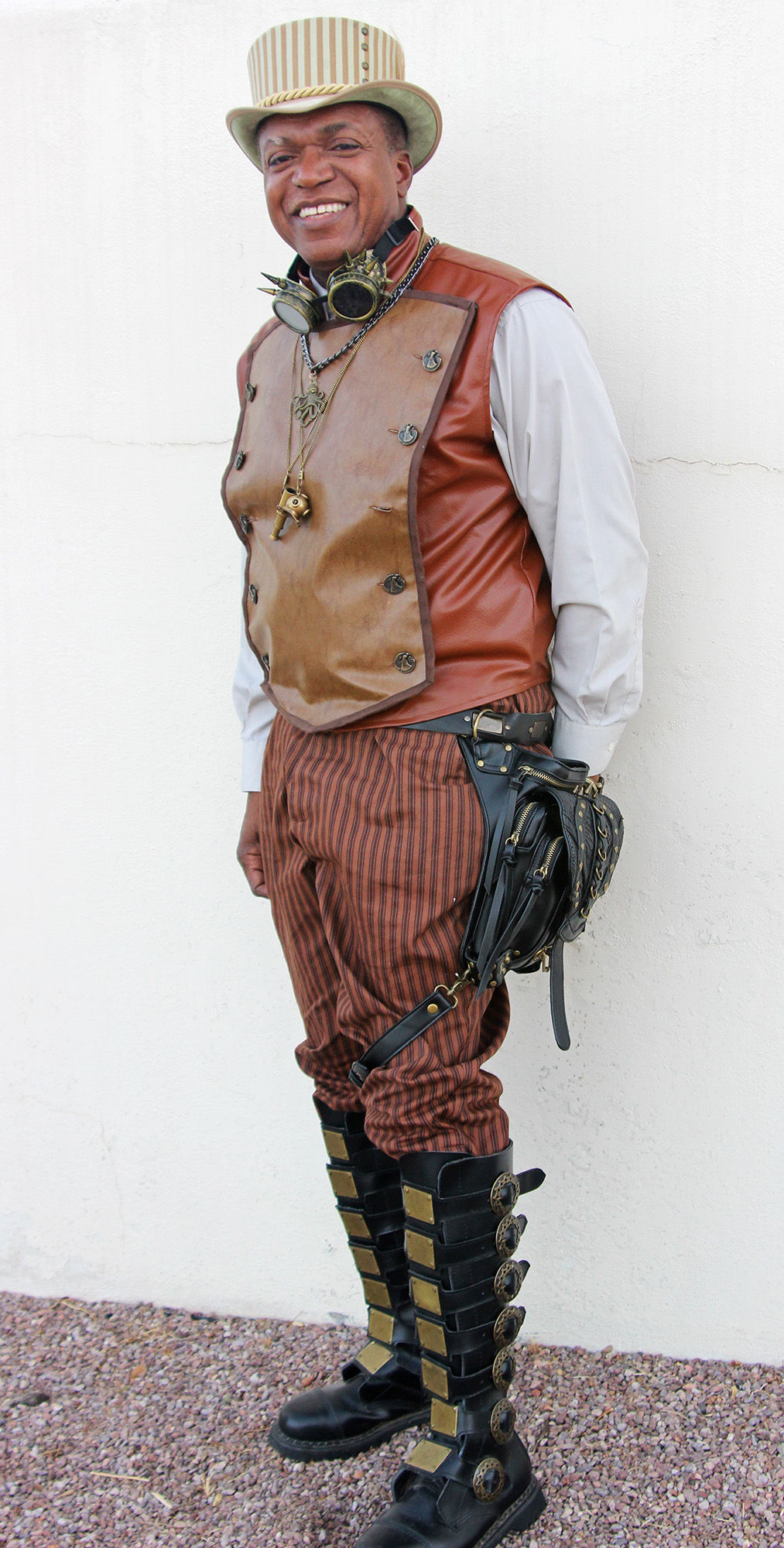 Lester Williams dons his western law enforcement outfit, which he says sometimes gives custom officers pause when he crosses the border for work.

Lester Williams, a 61-year-old Nogales resident, strikes a pose in his rockstar outfit.

When Lester Williams crosses from Mexico back into his hometown of Nogales after work, he’s peppered with the usual questions from U.S. Customs and Border Protection officers about where he went and why.

But they also ask about his outfit, or try to guess what he’ll be wearing the next time he returns to the United States from his job as a quality engineer in Nogales, Sonora.

“Most are pretty surprised. (They) think I’m perhaps overdressed for the occasion,” the 61-year-old said.

That’s because at least three times a week, Williams goes to work dressed head-to-toe in elaborate, themed outfits inspired by Western wear, rock stars and steampunk – a subculture that blends its inspiration from the technology of the late 1800s and the future.

Williams acknowledged that his looks – which include accessories such as shoes, hats, jewelry, belts and bags – are usually adopted by people for special occasions like Halloween, Renaissance fairs and steampunk festivals.

“But my view is that every day of life is a special occasion. So I try to dress the part,” he said.

“You can wear a nice style any time you want, that’s part of the freedom of living in our country,” Williams said. “But most of us get kind of locked into that we need to fit in, so we try not to be too outlandish.”

Williams didn’t always wear such unique outfits. In fact, he used to wear a uniform and look like everyone else around him when he played in the school marching band and served in the U.S. Coast Guard.

He later got a job where he didn’t have to wear a uniform, but still had to adhere to a business casual dress code. Not wanting to look like everyone else, he found a way to get creative within the suit-wearing regimen.

“I ended up with a large number of ties,” he said, adding that he liked to go for designs that other men were too afraid to wear.

Williams’ 70-plus-strong tie collection includes traditional neckties, bowties and ascots with leopard spots and tiger stripes, floral patterns, images of cartoon characters such as Snoopy and the Tasmanian Devil, and artwork by Monet and Picasso.

Williams then moved on to collecting hats.

“I don’t have a helmet, but basically every style of man-hat I have,” he said.

His headwear includes baseball caps that color-coordinate with his outfits, formal top hats, berets and cowboy hats made of materials such as straw, leather and felt.

Williams was exposed to full-blown themed outfits about 30 years ago, when he went to his first Renaissance fair and saw people dressed up in all sorts of elaborate costumes. He began wearing special outfits – collecting items from local stores, thrift shops and the internet – in the everyday world about 10 years later.

He’s convinced his wife and three daughters to tag along with him to special festivals, though they aren’t interested in dressing up as often as him. His co-workers don’t mind his outfits, he said, noting that he didn’t even ask his boss for permission to dress up because he looked at the dress code and nothing he wears violates it.

Williams said his outfits have never caused a negative reaction in public – in fact most people smile when they see him. But they sometimes lead to confusion, such as when someone at the Tubac Golf Resort and Spa thought he was a member of the band.

The only time his stylishness has caused a problem, he said, was when he had to take off his knee-high leather boots with oversized bronze buckles at the airport, even though he has a pass that lets him keep his shoes on.

Williams encouraged people to be bold in their style choices and follow his philosophy:

“Each day is special, each day is unique. Just like the sunrise and sunset. We have a lot of beautiful sunrises and sunset, no two days are identical and so therefore, celebrate life with the time that you have and not really wait for those special occasions because you might pass up some golden opportunities while you’re waiting.”