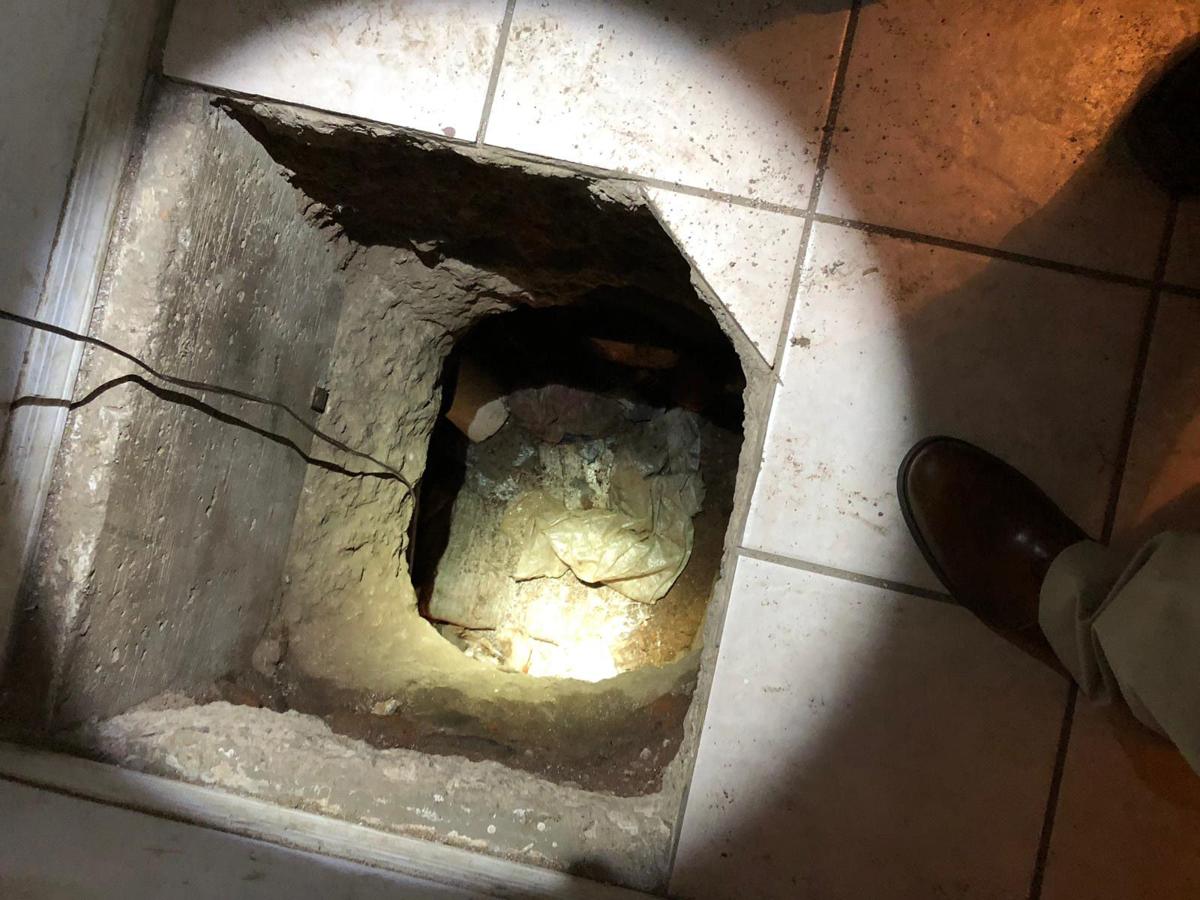 Authorities say they found the receiving end of a drug tunnel inside a home on Morley Avenue. 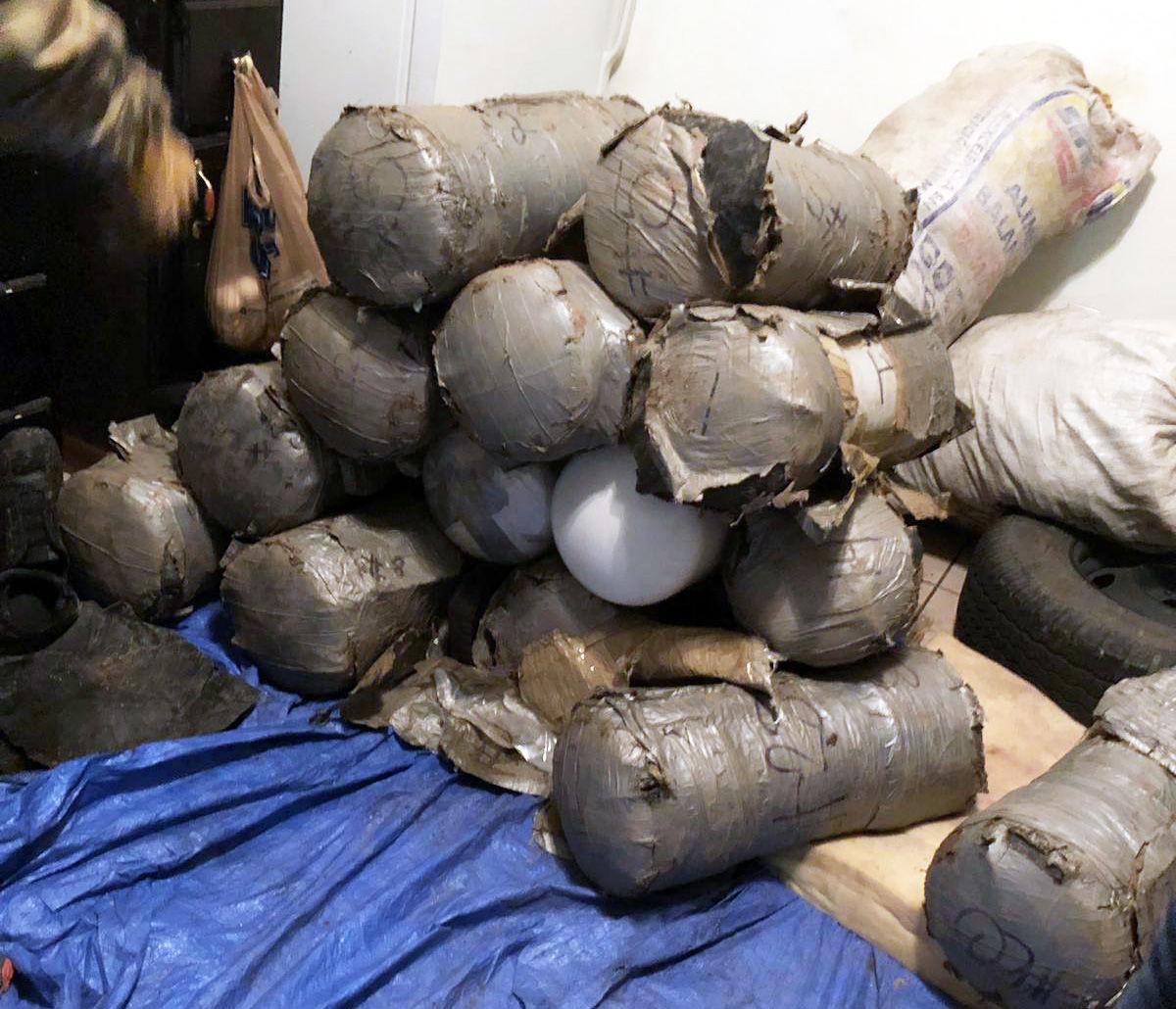 These drug-filled capsules were presumably sent north through the cross-border sewer line to a home on Morley Avenue.

Federal authorities say they busted a smuggling operation this week in which criminals used the local cross-border sewer line to send hard drugs from Mexico to a home on Morley Avenue.

According to a news release issued Thursday by U.S. Customs and Immigration’s Homeland Security Investigations (HSI), the smugglers dug an 82-foot-long tunnel from the home to the sewer line known as the International Outfall Interceptor, or IOI, then used it to smuggle drugs including heroin, fentanyl, methamphetamine and cocaine.

The HSI investigation into the operation reportedly began earlier this year when investigators received information that a drug-trafficking organization was smuggling large quantities of narcotics through the IOI. Eventually, agents gathered enough evidence to obtain a federal search warrant, which was executed Tuesday at around 8:30 p.m. on the block of Morley between Jackson Avenue and Frederick Street.

Upon entering the home, agents immediately encountered and detained Jovany Alonso Robledo Delgado, a 33-year-old-Mexican citizen, according to a criminal complaint filed against him at U.S. District Court in Tucson. They then located the entry point for the tunnel leading to the IOI, as well as materials in the front room that appeared consistent with narcotics packaging. They found similar packaging material in the tunnel itself.

As the agents inspected the tunnel, they encountered another man, 24-year-old Jesus Guillermo Martinez Salgado, also a Mexican national, coming up the passageway toward the home, his criminal complaint states.

The tunnel, reinforced with two-by-fours and beams, ran eight feet deep and included “a sophisticated ventilation system equipped with tubing,” the HSI news release said, adding: “Special agents estimate the tunnel has been in existence for a few months due to the advanced construction and material used to excavate.”

Agents seized 18 suspicious packages from the home, opened them and found another 187 smaller packages inside. The contents included nearly 200 pounds of methamphetamine, almost two pounds of white heroin, close to three pounds of cocaine and more than six-and-a-half pounds of fentanyl, HSI said.

Authorities also seized a vehicle during the bust.

According to the criminal complaints, both suspects arrested at the scene waived their Miranda rights and spoke with agents. Robledo reportedly admitted that he constructed the tunnel for drug-smuggling purposes, and was paid $200 during its construction. Once it was completed, he was paid $3,000 per smuggling event.

He reportedly said that he thought the packages contained marijuana.

For his part, Martinez said he was forced to work in the tunnel to pay off a debt he owed to a drug-smuggling operation, though he also said he had been paid $500 during his involvement. His job was to enter the tunnel, take the packages from Robledo and bring them into the building, he said.

In a similar case from July 2015, smugglers who dug a tunnel to the sewer line from a home on Morley Avenue plugged up the IOI with drug bundles. As a result, raw sewage poured out of the opening the smugglers had cut in the pipeline, up the tunnel, into the home and out into the surrounding neighborhood.

The sewer line, which carries millions of gallons of raw sewage a day from the border to the Nogales International Wastewater Treatment Plant in Rio Rico, has consistently been targeted by smugglers.

In December 2013, authorities discovered another tunnel leading to the sewer line from a property on Bankard Avenue. In that case, the passageway began in a backyard shed and ran approximately 52 feet to the IOI.

And this past summer, a backhoe that was cleaning up debris in the Nogales Wash behind Bankard Avenue broke through the concrete floor, exposing a tunnel that smugglers had dug from a nearby residence to the IOI.

At the time, HSI declined to provide further information on the tunnel. It wasn’t clear if that incident helped lead them to the tunnel busted on Tuesday.

Speaking of this week’s bust, Scott Brown, special agent in charge for HSI Phoenix, said in the news release: “As this investigation makes clear, we remain focused on exposing border crime and combatting the cartels’ increasingly unabashed underground smuggling tactics.”