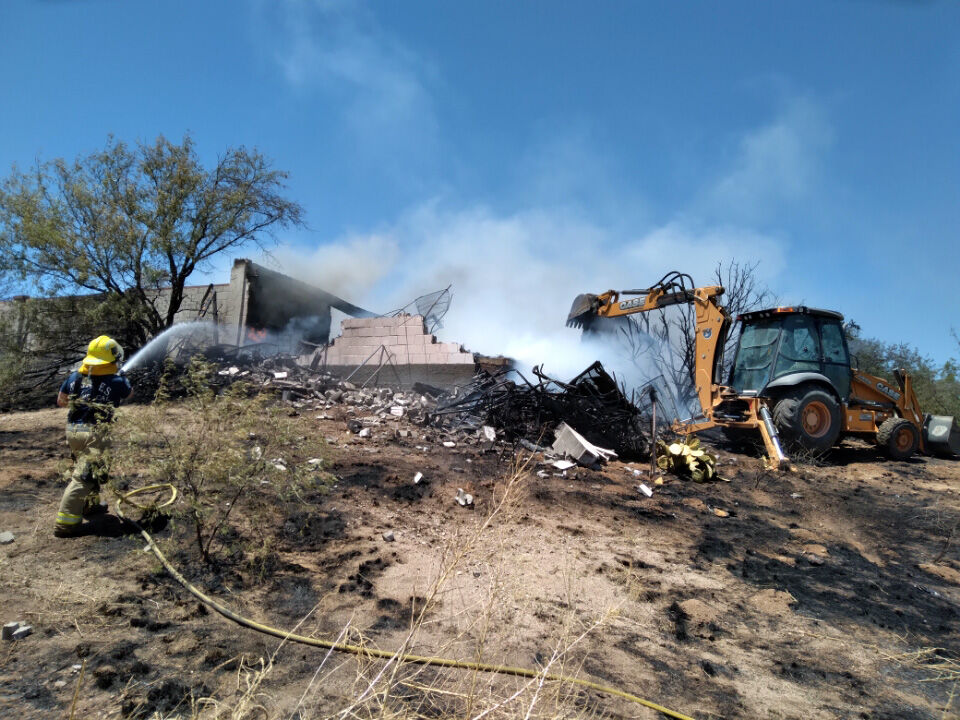 A firefighter sprays down a brush fire in a Meadow Hills backyard. 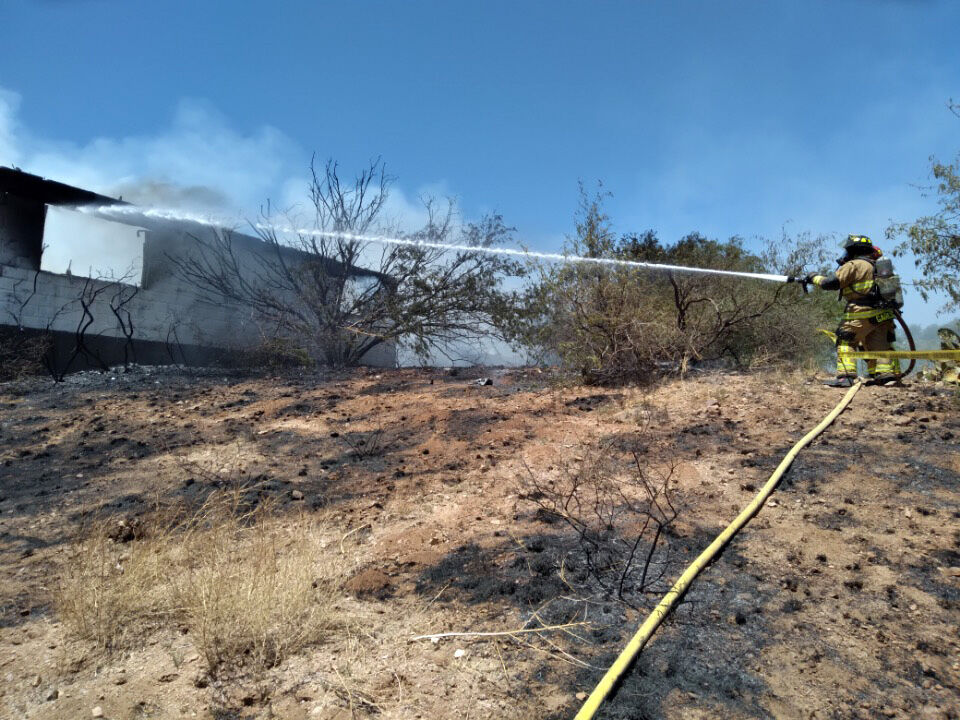 A firefighter waters down a structure that caught on fire in the Meadow Hills neighborhood on Tuesday, May 11. 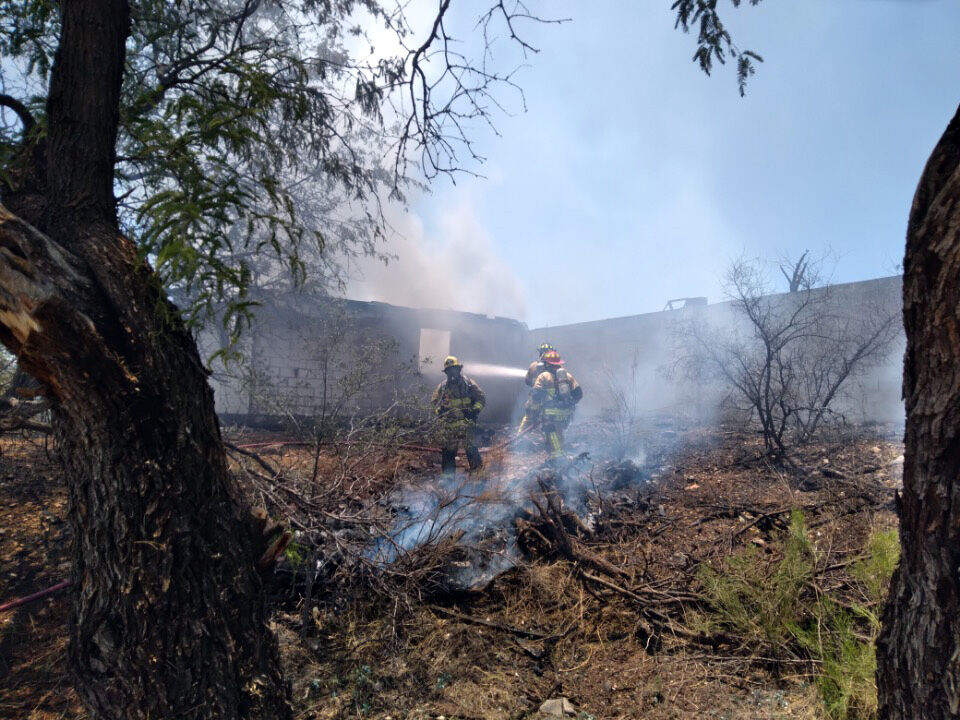 Firefighters spray down a structure that caught on fire in the Meadow Hills area on Tuesday morning.

A firefighter sprays down a brush fire in a Meadow Hills backyard.

A firefighter waters down a structure that caught on fire in the Meadow Hills neighborhood on Tuesday, May 11.

Firefighters spray down a structure that caught on fire in the Meadow Hills area on Tuesday morning.

A backyard fire in the Meadow Hills subdivision of Nogales on Tuesday destroyed an outbuilding, ignited some small peripheral brush fires and put a scare into neighbors. But a response force of a half-dozen firefighting vehicles and about 30 first responders kept it from burning any homes.

Jeff Sargent, chief of the Nogales Fire Department, said NFD got a call around 11:15 a.m. from a woman reporting a fire in her neighbor’s backyard on Montana Circle.

After the fire was initially contained, flames sparked up in another part of the yard, causing firefighters to spring back into action. Shortly after 1 p.m., Sargent said the blaze had been largely contained.

He said the fire burned through a storage structure in the backyard, as well as some old vehicles and other items that were in the yard, but nobody was hurt and no homes were damaged.

Lucia Torres de Armenta, who lives next door to the affected property, said she spotted flames shortly after 11 a.m. The fire started small, but spread quickly.

“I called and said come to (her street address) because these houses are going to burn,” she said of her 911 call.

She made other calls as well.

“I called the neighbors and said, ‘Come to your houses and turn on your hoses,’” she said, recalling recent wildfires in California that destroyed many homes.

Torres de Armenta and two of her college-aged children who were home tried to prevent the fire from spreading toward their home by dumping buckets of water at the edge of their yard. But it quickly became too much for them.

Fortunately, the fire department arrived within minutes of her call and got the fire under control, she said, adding that they did a “very good job.”

At one point, flames from the walled-in property of origin spread to dried out brush on the city’s now-abandoned Palo Duro Golf Course. But that wildfire was contained to an area about half the size of a football field.

Later on, when crews fighting the blaze from the east side of the property had things under control enough to take a water break, a small fire appeared in the tall, dry grass on a hillside between two homes. Within seconds, what had been a campfire-sized event was scorching an area approximately 20 by 30 feet in size, with 10-feet-high flames licking up the trucks of trees. The firefighters rushed to the scene and quickly subdued the threat.

Two houses were threatened during the fire, Sargent said, and NFD personnel had to force open the door of one home to ensure nobody was inside.

NFD was joined by the Rio Rico Fire District, Sonoita-Elgin Fire District and staff from the Nogales Suburban Fire District in fighting the blaze. Between the different departments and NFD fire cadets, Sargent estimated a total of 30 responders. The response included both of NFD’s primary engines, both ambulances and two reserve engines, along with a ladder truck from RRFD.

Personnel from the Nogales Police Department and Unisource Energy were also on scene, the NFD chief added.

Sargent said the cause of the fire wasn’t known and might not be determined, given the extent of the burn damage. He said the property appeared to be occupied, but nobody was home at the time.