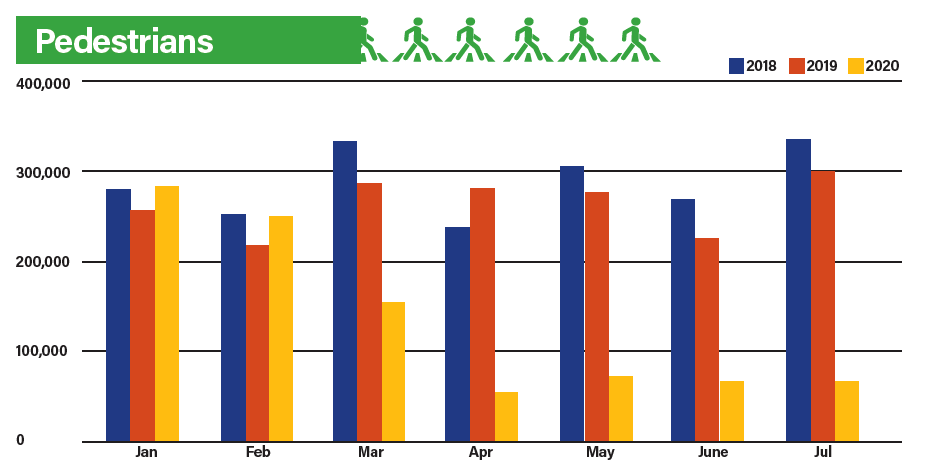 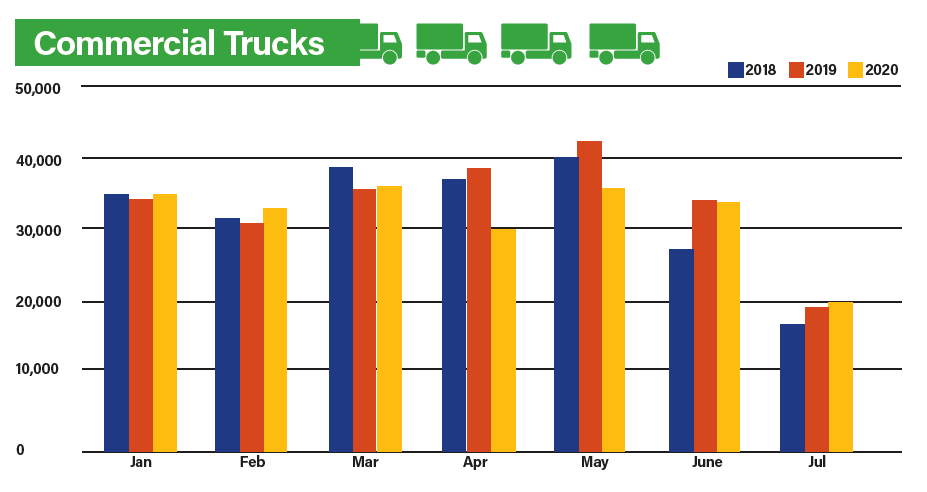 Pandemic-related travel restrictions have been in place at U.S. borders since March and data released last week show that crossings by foot and by car in Nogales remain at a fraction of their totals in previous years.

In July, the latest month for which data is available, just 66,000 pedestrians crossed into the United States at local ports, a decline of 78 percent since July 2019. The drop was slightly less stark among passenger car traffic, with 134,286 such vehicles crossing this July, a decline of about 53 percent from last year. That figure has recovered slightly since April 2020, when passenger vehicle crossings were down 67 percent.

But the passenger car numbers also reflect more drivers traveling solo in recent months – the number of passengers per personal vehicle hovered between 1.9 and 2.1 throughout 2018, 2019 and early 2020, but fell to 1.4 in April and reached about 1.6 in June and July.

The drop in crossings likely means hundreds of thousands fewer customers for the many local businesses that have traditionally relied on Mexican shoppers. It’s also a blow to the vitality of Nogales’ already-ailing downtown area – Morley Avenue has been largely deserted since the restrictions took effect.

Commercial truck crossings, which weren’t affected by the border travel restrictions, have been largely in line with previous years, though the total volume of truck crossings was down incrementally, about 21 percent in April and 15 percent in May – two of the busiest months for local produce importers – compared to 2019.