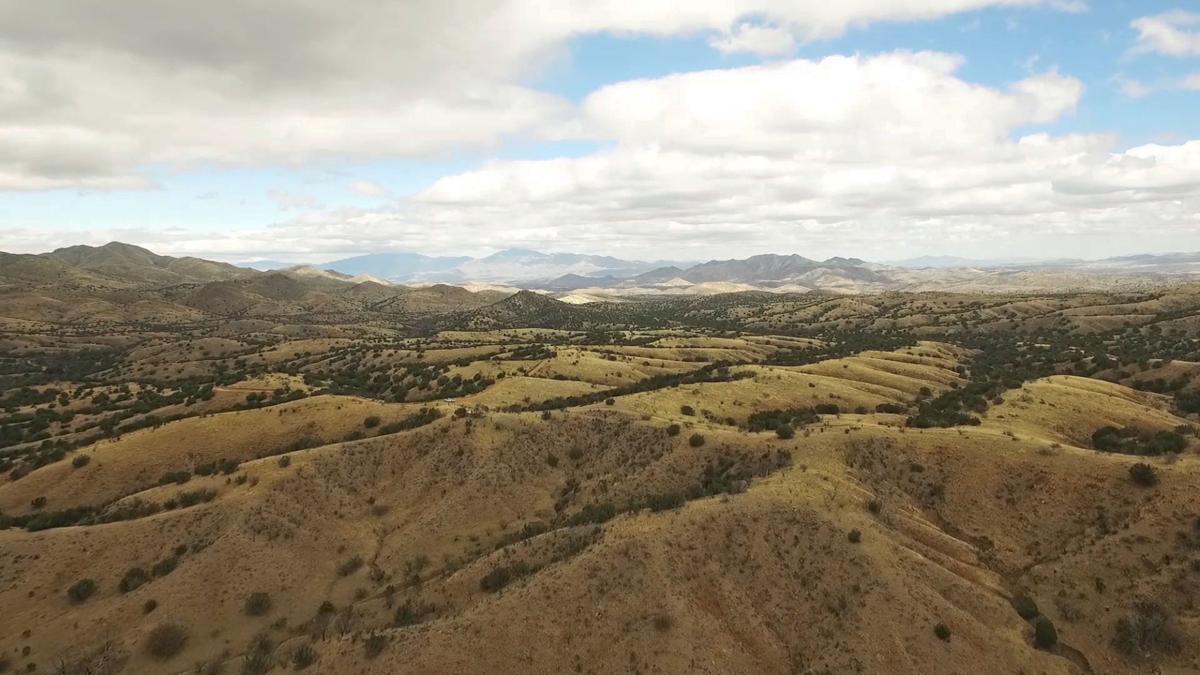 An aerial view of the Santa Rita Mountains, the site of a long-running fight over the proposed Rosemont Copper Mine. 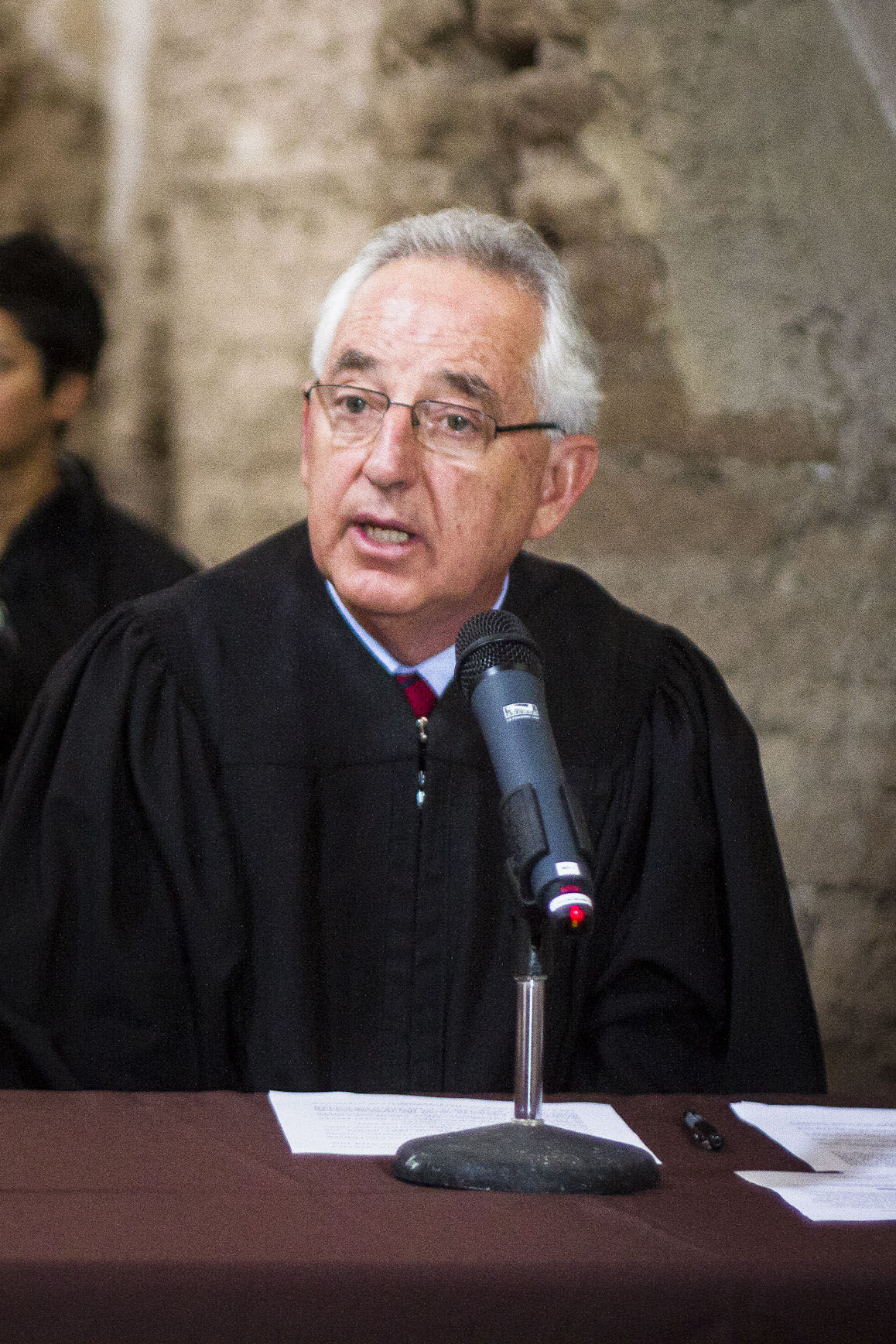 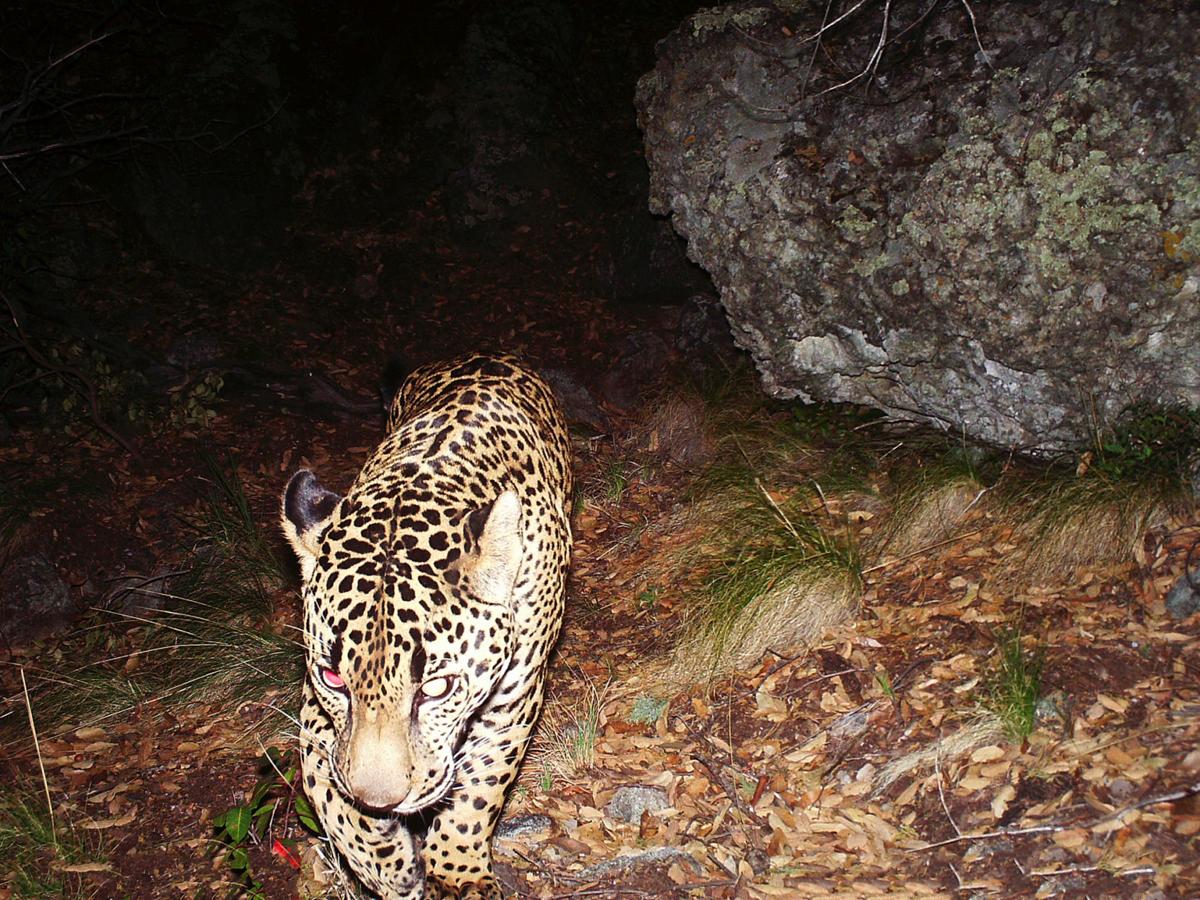 Advocates - and now a judge - say the jaguar is one of several endangered species that could be harmed by the proposed Rosemont Copper Mine.

U.S. Judge James A. Soto this week overturned environmental permits for the proposed Rosemont Copper Mine, saying the U.S. Fish and Wildlife Service failed to consider the mine’s impact on several endangered species in the Santa Rita Mountains.

It’s just the latest setback for the planned open-pit mine, whose owners said Monday’s ruling “does not come as a surprise in light of the court’s previous decisions.” But Hudbay Minerals Inc. also said it is not giving up on the planned mine in the Coronado National Forest.

“While we respect the court’s authority to remand the analysis and findings back to the agencies for further review, Hudbay believes this is unnecessary and remains committed to advancing the project which will benefit the region as a critical economic and employment driver,” the company’s statement said.

But environmentalists called Soto’s ruling a “wonderful win for the Santa Rita’s rare and beautiful animals.”

“The judge put the focus right where it belongs, on the protections demanded by the Endangered Species Act, and on sound scientific analysis of what these imperiled species need to survive and recover,” said Marc Fink, a senior attorney at the Center for Biological Diversity, which had sued to block the mine.

“The jaguars and endangered frogs, snakes and fish that call this place home are too important and vulnerable to be sacrificed for mining company profits,” Fink said in a statement released Monday.

The suit is just one of three pending against the mine, which Hudbay notes has already been subject to 11 years of “careful review and study by 17 cooperating agencies.”

The project calls for a mine 3,000 feet deep and 6,000 feet wide that one supporter said could be one of the largest copper mines in the United States over its 20-to-25-year lifespan. Construction of the mine would cost $1.9 billion and directly employ about 2,500 workers, the company said, while mine operations would employ about 500 workers who would earn, on average, more than twice the Pima County median income.

But critics say those gains would come at a cost: The mine would draw precious groundwater and dump 1.9 billion tons of waste on thousands of acres of national forest over the course of its life.

The mine was set to begin operations last fall, after the U.S. Forest Service gave its final OK. That approval relied on a Fish and Wildlife Service determination that the project would not jeopardize any threatened or endangered species in the area and that “none of the critical habitats were likely to be destroyed or adversely affected by the Rosemont Mine.”

Opponents challenged that claim in court, and Soto halted work on the mine on July 31 – one day before operations were set to begin. A separate suit by the Tohono O’odham, Pascua Yaqui and Hopi tribes claimed that the approval by the Forest Service not only endangered the environment but would block their access to cultural sites in the Santa Rita mountains.

Monday’s ruling was the follow-up to that injunction. Soto said Fish and Wildlife used the wrong standard when determining the mine’s damage to jaguar habitat, failed to identify the “‘tipping’ point” for species such as the Northern Mexican gartersnake, and set improper standards for “incidental take” of seven threatened or endangered species.

Soto rejected opponents’ claims that Fish and Wildlife failed to consider “toxic heavy metal contaminants” from the mine and “cumulative impacts of groundwater drawdown” on wells in the area. He sent the case back to Fish and Wildlife for more review.

Roger Featherstone, director of the Arizona Mining Reform Coalition, said Soto’s ruling points out what environmental advocates have been saying all along: “It’s just too sensitive of an area to allow this kind of development” and “just not worth the risk.”

Fink said that in multiple drafts of biological opinions, Fish and Wildlife biologists had concluded the mine would likely damage critical jaguar habitat.

“The Santa Rita Mountains are precious to southern Arizonans,” Kirkpatrick said in a statement released by her office Tuesday. “Laws like the Endangered Species Act were implemented for exactly this reason – to protect animals from harmful projects.

“It is reassuring to know that the courts are holding up federal law and assessing this thoroughly,” she said.

Soto, a Nogales native and former presiding judge in Santa Cruz County, was nominated by then-President Barack Obama to be a federal judge in December 2013. The Senate confirmed his appointment five months later.

“The Rosemont Mine would be the third-largest copper mine in the United States, an industry critical to Arizona’s economy and modern life,” Gosar said in a statement.

“Judge Soto’s ruling undermines the scientifically based decision of the Forest Service, at the behest of serial litigants from radical environmental groups,” he said.

But Featherstone said it’s the company and the federal bureaucrats who are to blame for the drawn-out process.

“If the Forest Service had actually followed the law from the beginning, if mining companies had actually laid out on paper what they wanted to do from day one, the process wouldn’t have taken this long,” he said.

When companies “don’t get their act together,” Featherstone said, advocates are forced “to go to court to protect their communities and the environment instead of the agencies that are supposed to do that for us.”

He rejected the economic argument for the mine, saying Arizona’s economy is doing just fine without it, and there is much better use for the water and land in Arizona.

“This is just not a good idea,” he said.