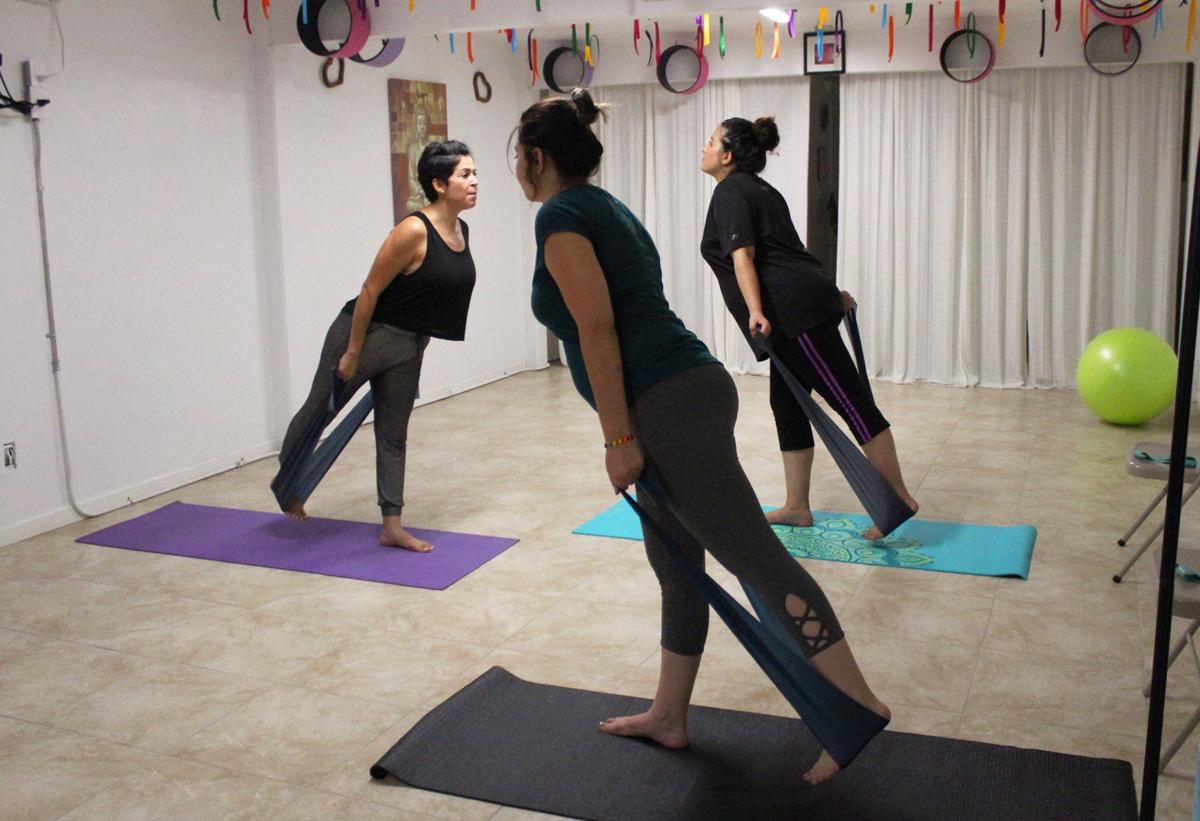 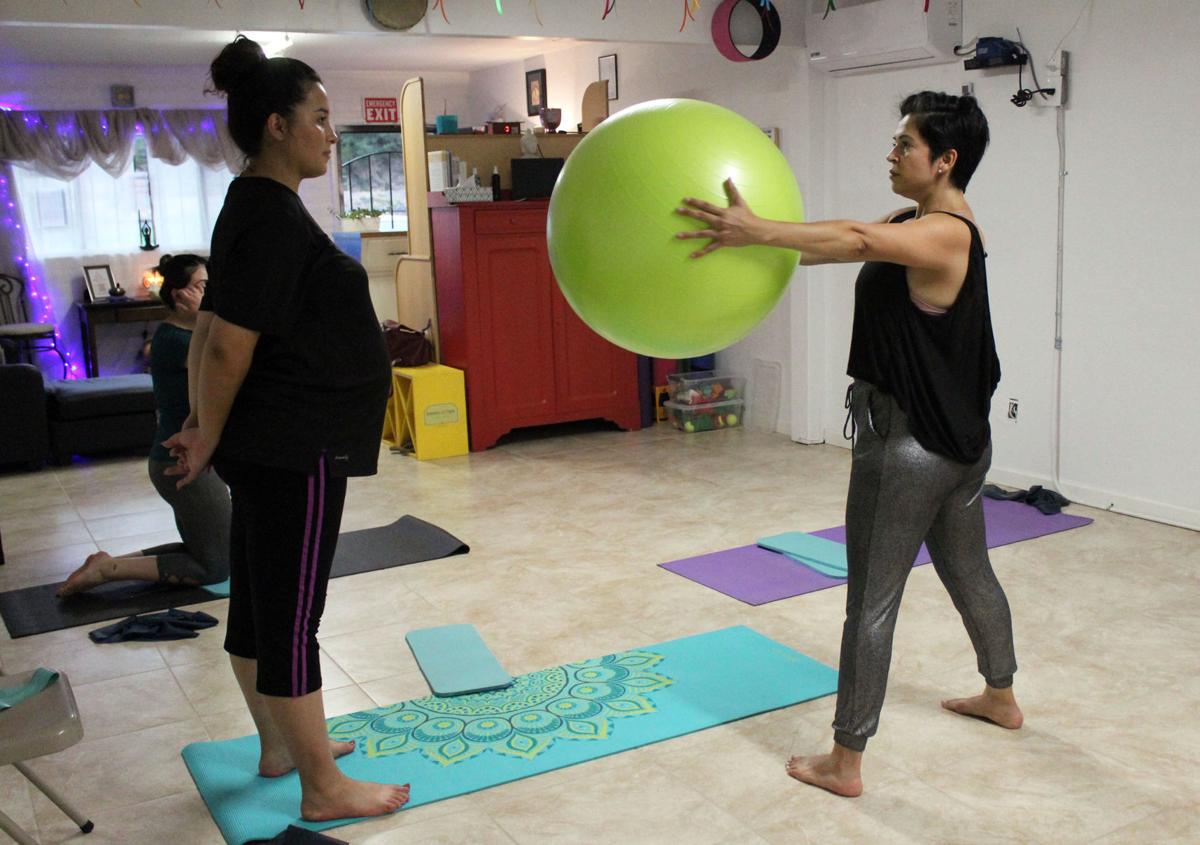 Devanta Yoga Studio owner María Cruz Angulo teaches one of her students how to perform one of the exercises on Aug. 2. 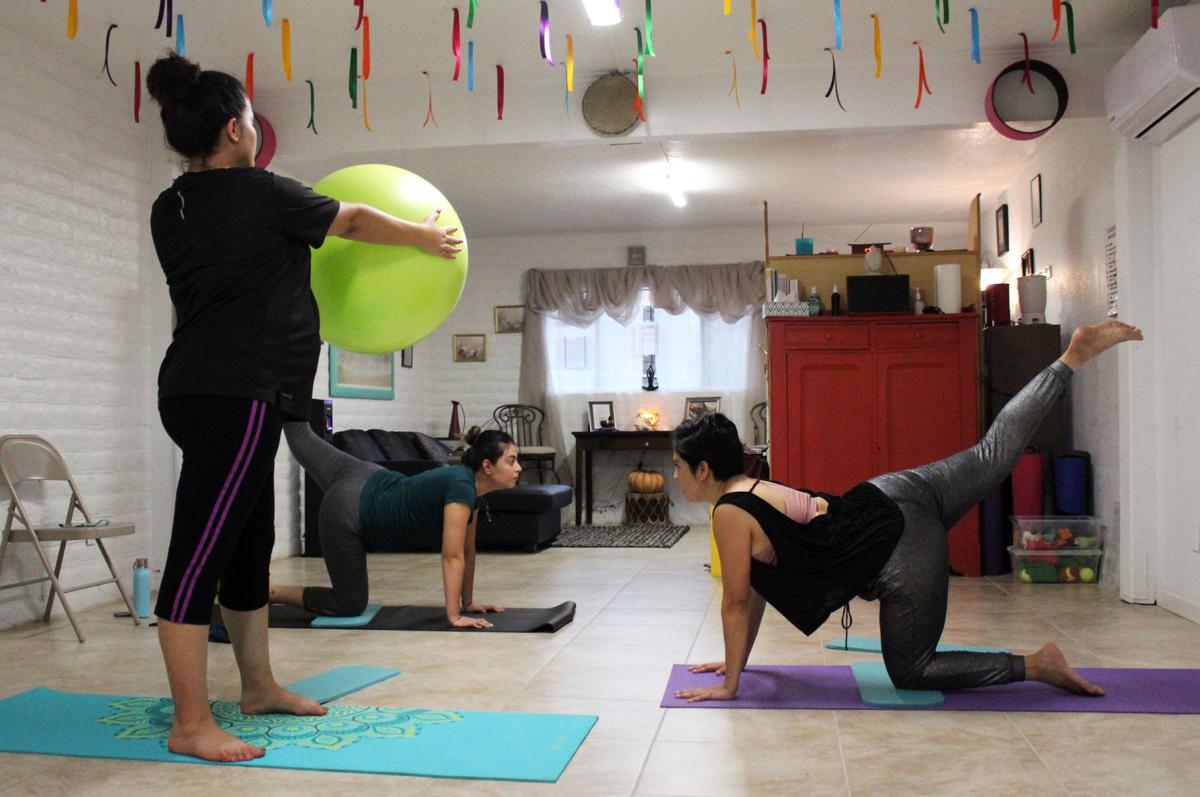 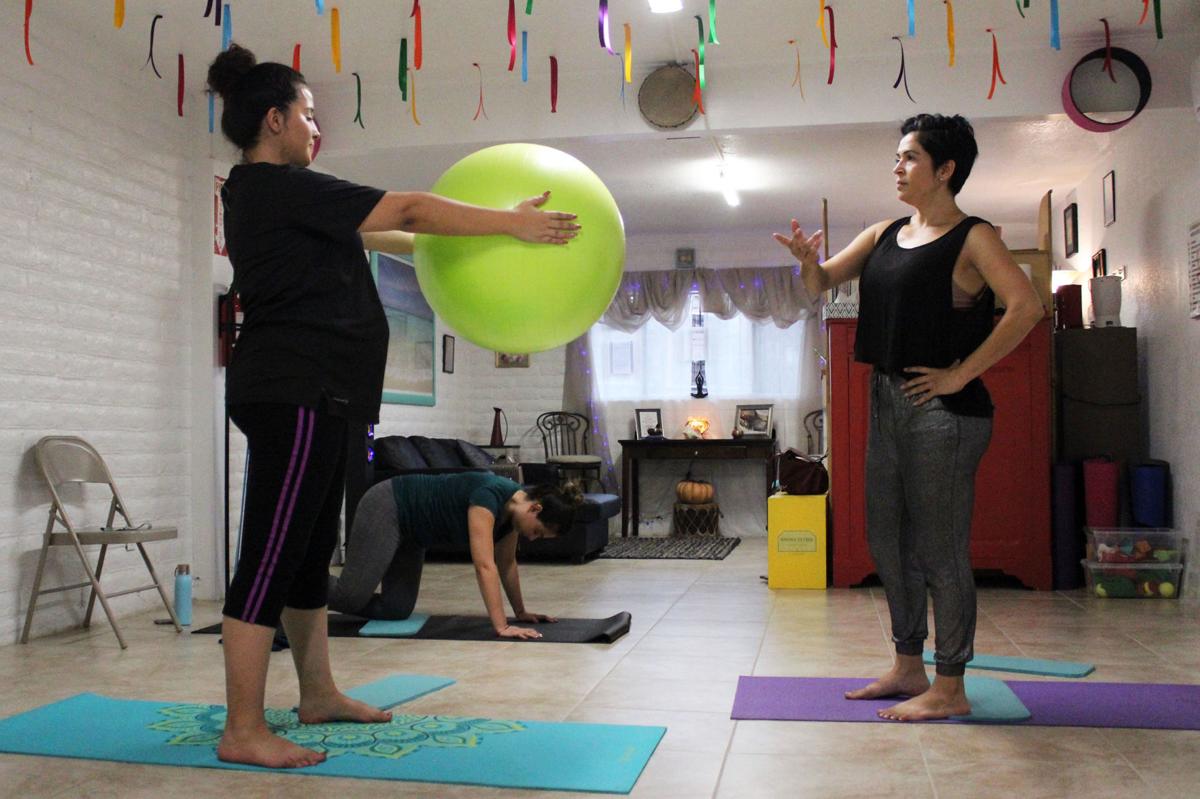 Devanta Yoga Studio owner María Cruz Angulo teaches one of her students how to perform one of the exercises on Aug. 2.

María Cruz Angulo spread out a few mats on the floor, setting up to teach her last class of the day to a pair of pregnant women on Friday.

The three women began with warm-up exercises, focusing on their breathing as they worked through different stretches.

With 14 years of teaching experience behind her and another five of managing her own yoga studio in Nogales, Sonora, Angulo decided to open up a second studio to share her knowledge with residents on the northern side of the border.

“I was aware that there are very few yoga centers in Nogales, Ariz.,” Angulo said about bringing her classes across the border. “The prices here are very elevated, and our intention is to maintain certain prices so that anyone who wants to try it can do so.”

She added that the main goal of her studio is being of service to the community, informing more local residents about the various health benefits that come with practicing yoga.

“Normally, I think that everyone goes through a short phase where they’re embarrassed to try it out,” she said, adding: “But once you take consciousness of your own body, you realize that others aren’t focused on you.”

After only a few weeks since opening, her classes had already seemed to help one local resident.

Araceli Suarez, one of the women taking the class on Friday evening, said she decided to try out yoga for the first time in hopes that it would help her through her pregnancy.

“It’s my first time trying out yoga and I’ve come to three classes. I really like it because it has already helped me a lot with my back pain,” Suarez said.

Standing on her own yoga mat beside Suarez, Lizbeth Baca was a bit more familiar with yoga after taking classes in Nogales, Sonora for eight months.

However, she took a months-long break from her classes after moving to the northern side of the border.

“I didn’t know where to go because I couldn’t find a place in (Nogales, Ariz.) and I didn’t want to be crossing back and forth,” Baca said, adding that she was relieved when she found Angulo’s new studio.

Like Suarez, Baca said she was eager to return to her yoga routine to gain more strength during her pregnancy.

Devanta Yoga Studio currently offers classes from Monday through Friday at 6 and 8 a.m., and an evening class at 6 p.m.

Angulo added that the studio also opens on Saturdays for anyone interested in scheduling private lessons.