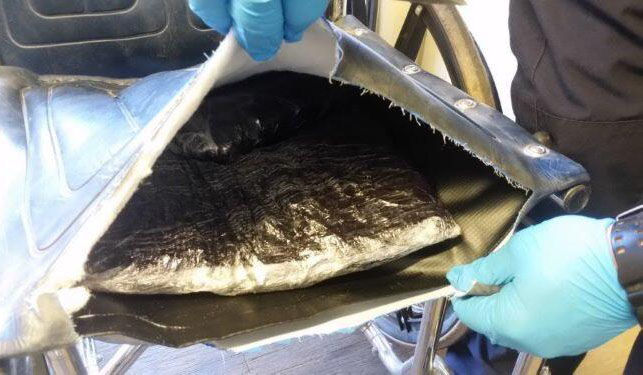 Meth was found concealed in a wheelchair. 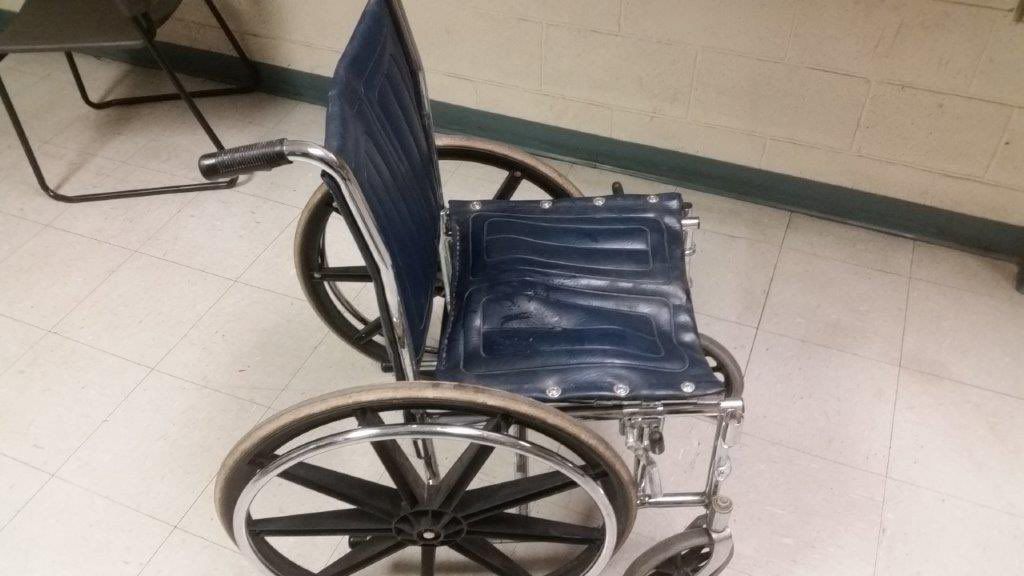 The wheelchair used in the smuggling attempt.

Meth was found concealed in a wheelchair.

The wheelchair used in the smuggling attempt.

U.S. Customs and Border Protection officers in Nogales arrested a Tucson resident who allegedly tried to smuggle nearly eight pounds of methamphetamine in a wheelchair.

In a news release, CBP said that officers at the pedestrian lanes of the Dennis DeConcini Port of Entry referred a 56-year-old man in a wheelchair for additional inspection when he attempted to enter the United States on Wednesday, May 13.

However, after a drug-sniffing dog alerted to the chair, officers discovered and removed three packages of methamphetamine stitched into the seat and the backrest.

The man also had a package of meth concealed on his body, CBP said, adding that the estimated street value of the drugs was $8,000.

Officers seized the meth and turned the suspect over to U.S. Immigration and Customs Enforcement’s Homeland Security Investigations.