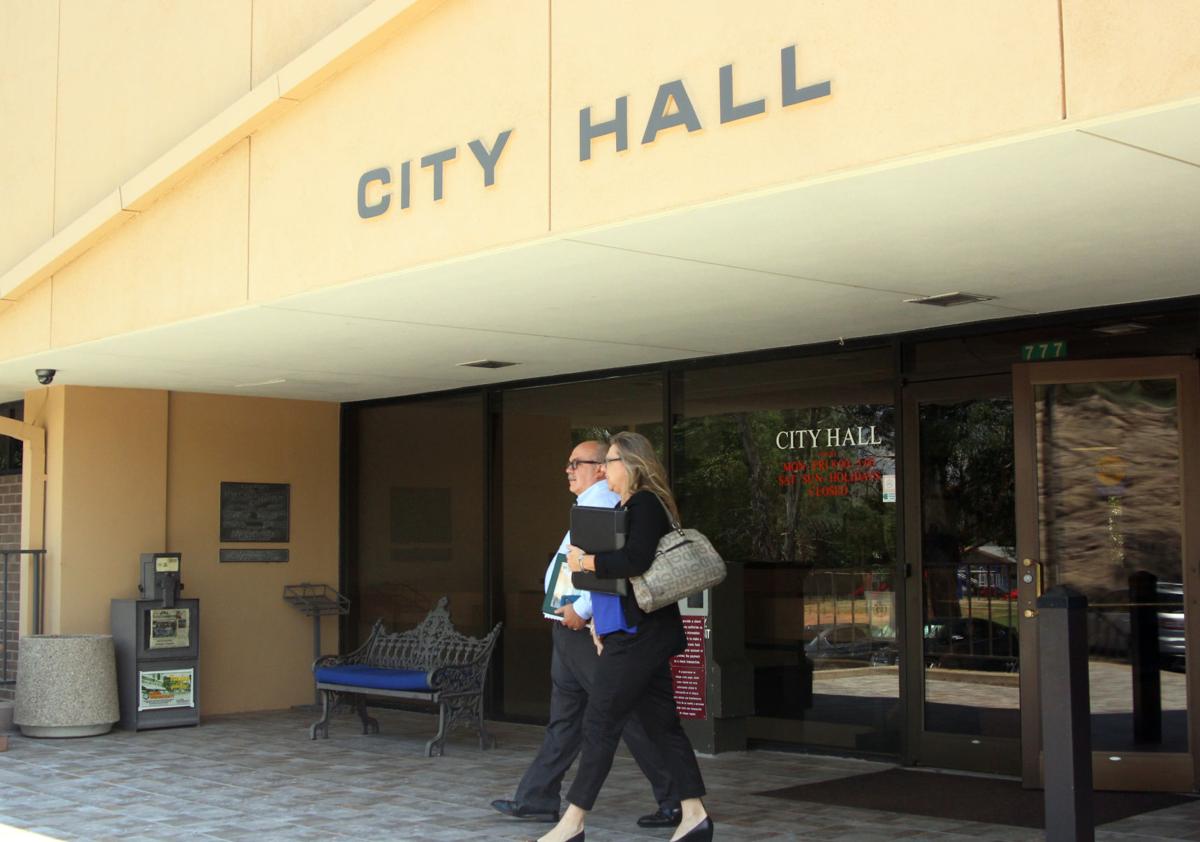 People walk out of Nogales City Hall, where the mayor and council recently set a pay range that could make the new city manager the highest paid employee in Santa Cruz County local government. Meanwhile, nine out of 10 city employees make less than public employees in nearby areas, according to a new study. 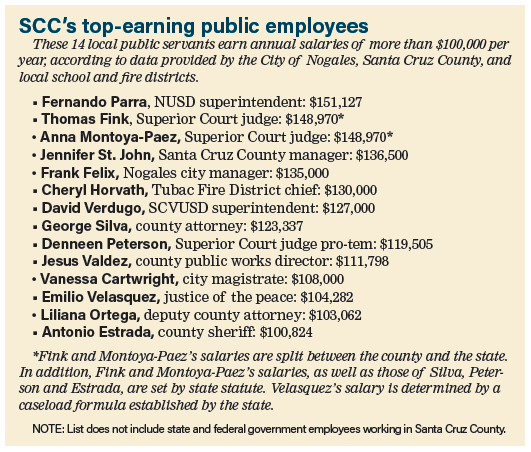 The City of Nogales is poised to increase the salary for its top administrator, potentially making that person the highest-paid local government employee in Santa Cruz County.

The move to boost the city manager’s salary range comes as a new study shows most municipal personnel are earning substantially less than their public-sector peers.

Felix now earns $135,000 per year – the bottom of the new range – while the top end of the scale exceeds the $151,127 salary of Superintendent Fernando Parra of the Nogales Unified School District, currently the highest-paid employee at a local government body.

At the same meeting, a presentation revealed that nine out of every 10 city employees make at least 10 percent less than employees with similar job descriptions in nearby government bodies.

Those salaries didn’t meet the standard to be “competitive with market,” according to Kay Tilzer, a consultant from Public Sector Personnel Consultants who presented the findings to the mayor and council.

The study compared salaries in Nogales to those at 14 nearby governments, including the cities of Douglas, San Luis and Tucson; Santa Cruz and Pima counties; and the State of Arizona.

The market midpoint salary for city managers was $176,373, according to data that PSPC provided to the city.

Some employees will have to receive a pay hike in 2020 because their wages fall below $12 per hour, which will become the minimum wage in Arizona on Jan. 1.

But the city may be hard-pressed to find the money for further salary increases. The presentation came on the heels of a fiscal year 2019-20 budget that froze hiring for eight municipal jobs and forecast further declines in sales tax revenue.

“I’m guessing (the findings are) not a surprise,” said Tilzer, adding: “I know that there’s been some issues of retention and budget here.”

Some recent job openings at the city have failed to attract many applicants, though it’s not clear whether salary was a decisive factor in those cases.

There were two finalists for fire chief, but one of the applicants withdrew, leaving just one candidate. (See story on Page 3.)

Jeffery Sargent will start as NFD chief next month at a salary of $93,500. That’s below the $118,208 market midpoint for fire chiefs included in the PSPC study.

And the job of city attorney only attracted two applicants, even after the council raised the salary range for the position to $130,000-$150,000.

The candidates for that job were former City Attorney Luis Parra and current Deputy City Attorney Michael Massee, who is currently serving as acting attorney.

Parra withdrew his application in May, citing issues with city officials, and the council has yet to make a final hiring decision.

The PSPC study found that the average salary for city attorneys was $119,933.

In 2017, Varona was the leading force on the council pushing to set Felix’s salary at $135,000 when he was promoted to acting city manager from mayor’s executive assistant, a job that paid him $48,000 per year.

This time around, however, no other councilmembers supported Varona’s salary proposal.

The council voted unanimously to establish the $135,000-$160,000 range and the job description was set to be published the day after the meeting, July 17.

As of Thursday, the city had already received more than 20 applications for the manager position, according to Human Resources Director Carmen Fuentes, though she wasn’t sure that all of the applicants were qualified for the job.

During the July 16 meeting, the mayor and council agreed to expand the potential field of applicants by allowing people with private-sector and nonprofit experience to apply, rather than limiting the job to those with a background in government.

The council also voted last week to designate Deputy City Manager John Kissinger as acting city manager beginning Aug. 3, but, as of Thursday, Kissinger had not officially accepted the appointment.