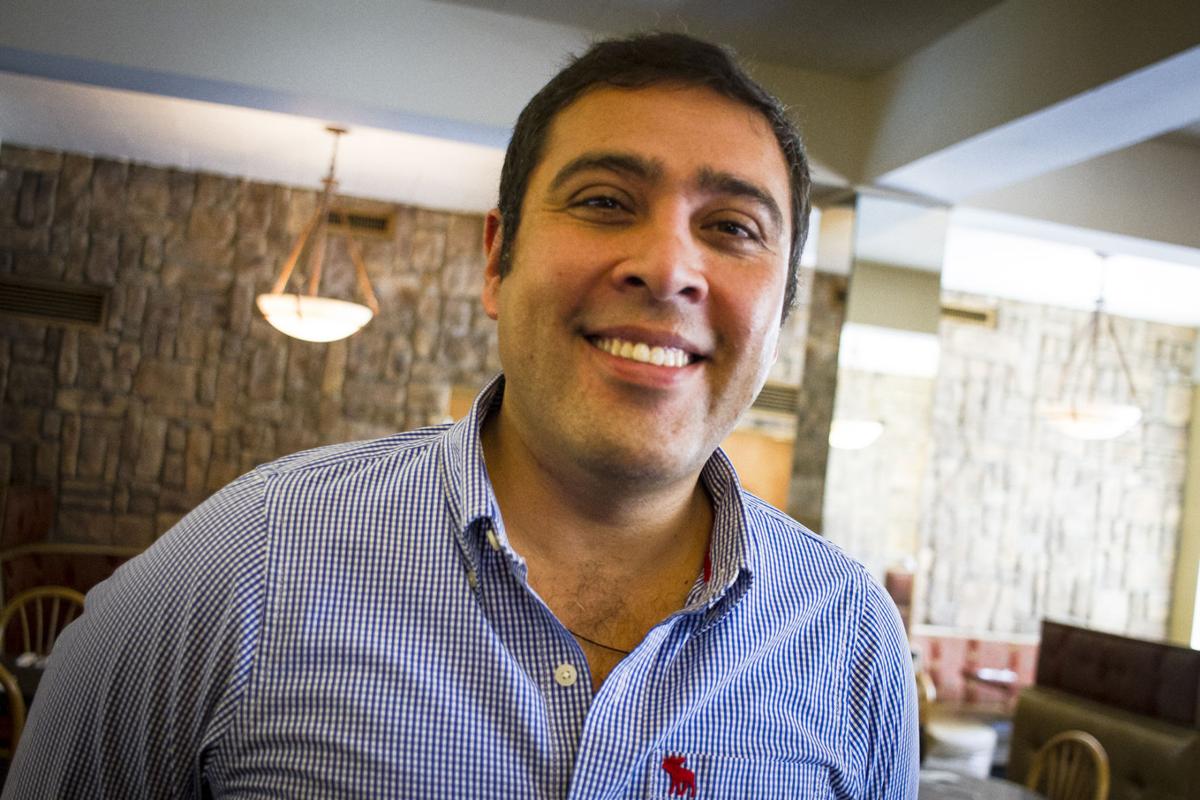 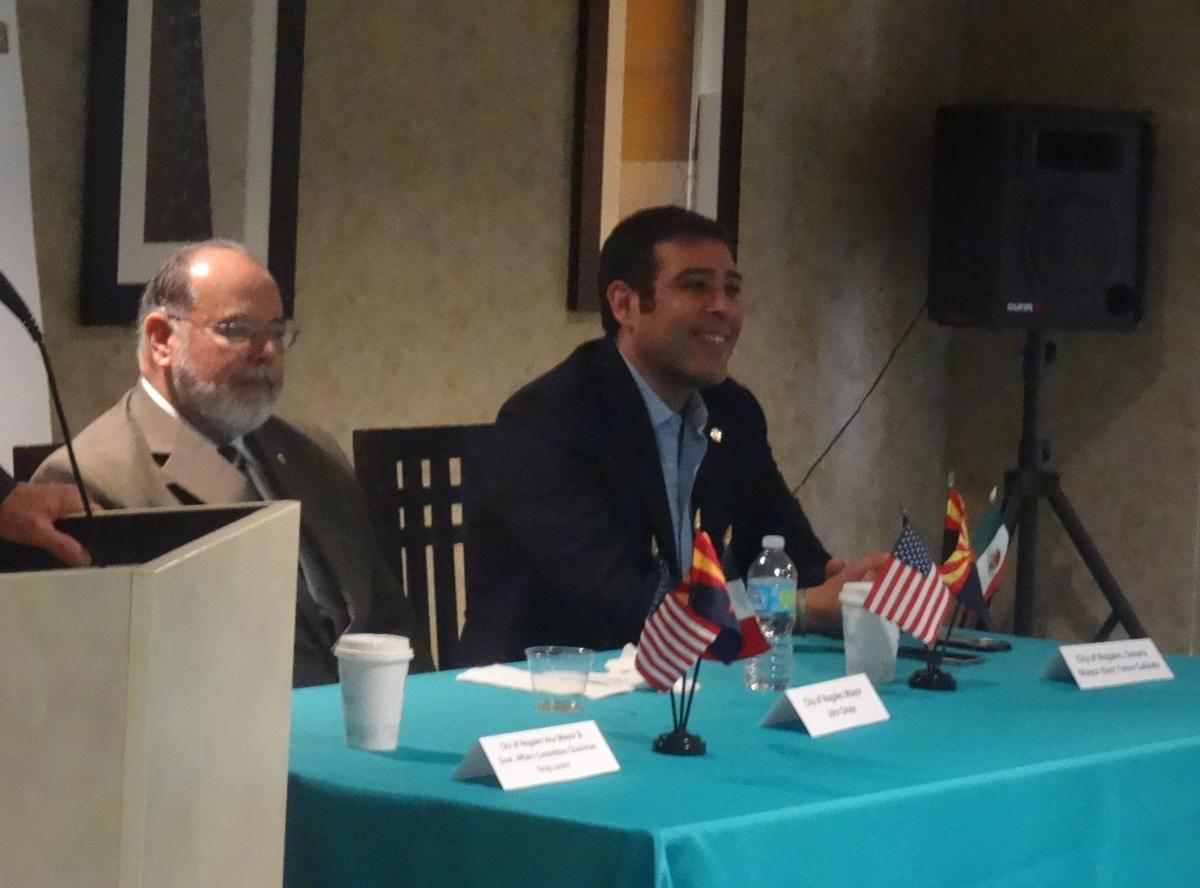 When Cuauhtemoc “Temo” Galindo takes his oath of office as the new mayor of Nogales, Sonora on Sept. 16, he and his team won’t be short on things to do.

In an interview with the NI Tuesday, the 39-year-old member of the conservative National Action Party (PAN) laid out his ambitions for his three-year term, which includes tackling several issues that impact both sides of Ambos Nogales.

While most of the funding would have to come from Mexico’s federal government, Galindo said his administration will lobby for improvements to the Mexican side of the Mariposa Port of Entry, which was recently expanded significantly on the U.S. side.

In a similar vein, Galindo hopes to obtain additional federal support for a system of dams and retention basins in the city, which would cut down on the severity of flooding on both sides of the border.

Every year monsoon rains cause significant damage in Nogales, Sonora and often take the lives of people caught by the flooding. Last summer, waters crossing into Nogales, Ariz. damaged homes on Western Avenue in July, and swept the body of a 43-year-old woman into the Nogales Wash in August.

“We have to keep that infrastructure work in mind, but we also have to work with prevention,” Galindo said, adding that he intends to develop emergency plans to close down problem roadways and evacuate people from homes when floods are forecast.

Galindo said he also hopes to make Nogales, Sonora a more attractive destination for international tourists. Over his three-year term, he said, he wants to increase space for shops and restaurants in the downtown area and possibly build a new zocalo, or plaza. Annual festivals, like Day of the Dead, will also likely see more support.

Another element of the plan is to direct municipal police to be more welcoming to tourists.

“(We need) to ask the police to really become allies and public servants for tourists,” he said, adding that some officers try to “extort tourists instead of helping them.”

To help combat the cross-border crime common in the area, Galindo said he hopes to also form “mixed” police units with members of his municipal police paired with the state and federal forces.

In the past, the incoming mayor has been critical of some of Arizona’s and the U.S. government’s policies towards his country and Mexican nationals living in the United States. In 2010, he helped lead protests in Nogales, Sonora against Arizona’s hard-line immigration law known as SB 1070 and encouraged his countrymen not to patronize Arizona businesses.

“We are counting on this type of pressure to reverse, or at least convince (then-Gov. Jan Brewer) to relax these measures which, by all appearances, are racist,” he told the NI in May 2010.

However, in recent years, he said, he has noticed an improvement in the relationship between the two countries, as well as between Arizona and Sonora.

“One must be conscious of the benefits that come from being neighbors,” he said. “We have far more benefits than problems.”

Galindo bested Humberto Pompa of the centrist Institutional Revolution Party (PRI) and a number of candidates from left-leaning parties in elections held June 7. The city’s current mayor, Ramon Guzman, is a member of the PRI and was unable to run for reelection.

Of the broad goals Galindo laid out for his upcoming administration, the first is to efficiently provide government services, like water, sewage, and public safety.

“The daily stuff, the things that citizens demand everyday,” he said.

To help guide city priorities, Galindo said, he also intends to develop both an urban development and municipal development plan, documents the city currently doesn’t have. Officials would use those documents to prioritize infrastructure projects and guide growth in order to avoid disorderly development, he said.

Galindo also said he hopes to include more city residents in decision-making and developing budget priorities. To this end, his government will set up citizen councils on a variety of themes, like culture, economics and sports, which will then give recommendations and opinions on policy to the administration. He said he also intends to survey residents of the city’s different neighborhoods about the infrastructure projects most important to them to help guide the budget process.

Last year’s city budget was around 1.2 billion pesos, or about $76 million, he said.

Like many border residents, Galindo has family ties on both sides. Nogales City Magistrate Mayra Galindo is his cousin, and he is the nephew-in-law of former Nogales Mayor Alberto Kramer.

“I’ve got family over there in Nogales, Ariz. (Its residents) will have the doors open so they can visit at ease,” he said, adding that Nogales, Sonora is their “second home.”

Cuauhtemoc "Temo" Galindo was officially named the winner of the mayoral election in Nogales, Sonora on Saturday, six days after voters cast b…