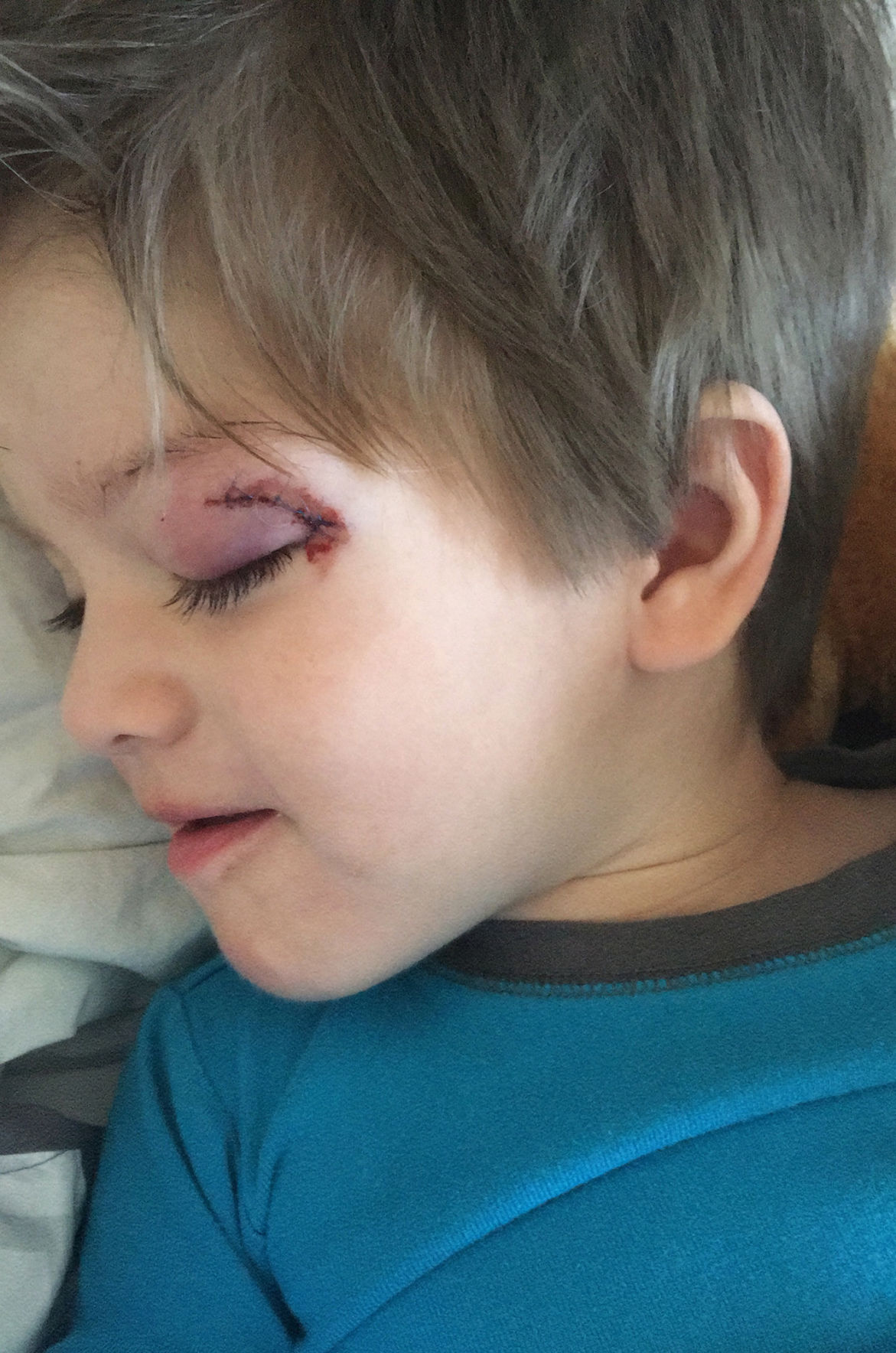 Alejandra Felix’s said her 2-year-old son received his stiches in Nogales, Sonora after waiting for two hours in the Holy Cross Hospital ER with no one examining or cleaning his cut. 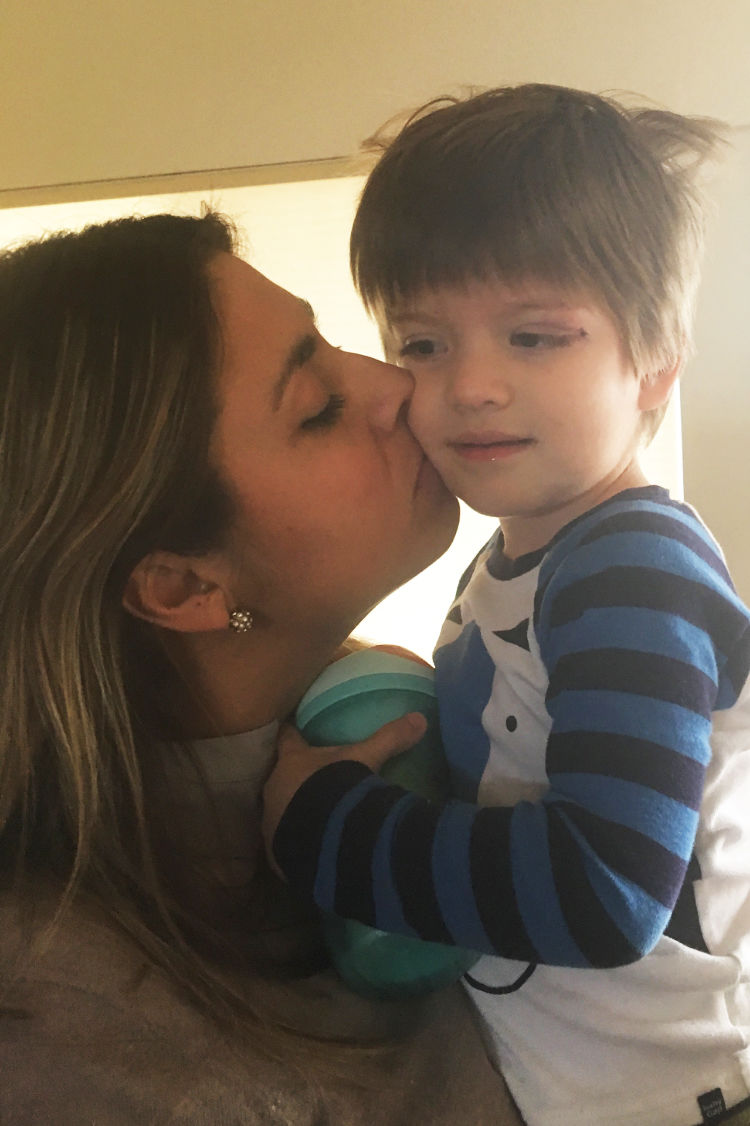 Alejandra Felix kisses her 2-year-old son after his stiches were removed. 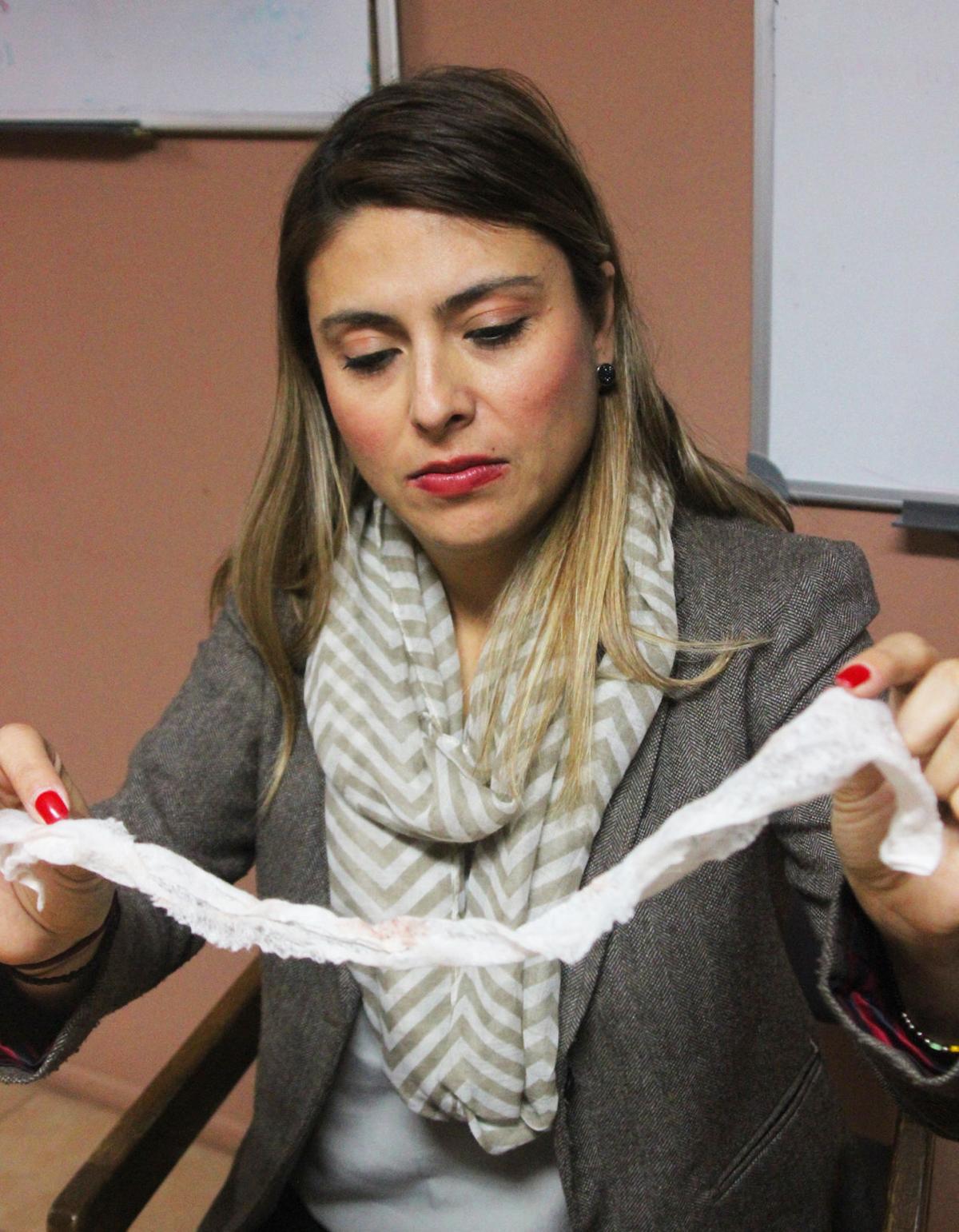 Alejandra Felix’s said her 2-year-old son received his stiches in Nogales, Sonora after waiting for two hours in the Holy Cross Hospital ER with no one examining or cleaning his cut.

Alejandra Felix kisses her 2-year-old son after his stiches were removed.

A Rio Rico woman said she filed a complaint with Holy Cross Hospital in Nogales after she waited about two hours in the emergency room with no one ever examining, cleaning or stitching up a cut above her 2-year-old’s son’s eye.

Alejandra Felix, 38, said she was so frustrated with the Nogales ER’s slow service the afternoon of Dec. 29 that she left for a hospital in Nogales, Sonora, where her son was quickly taken care of.

“I just want the people in Nogales to have more urgent cares, or more doctors or more options … so this won’t happen to another kid or to other people,” Felix said.

Holy Cross Hospital referred questions to a spokeswoman for Carondelet Health Network, of which Holy Cross is a member. But she did not respond to questions about average ER wait times at the Nogales hospital, what different factors account for long waits or how patients should expect to be communicated with about wait time.

She also did not confirm or deny Felix’s account, or explain if it’s typical to wait that long for an exam and cleaning before a doctor fixes the problem.

Instead, she sent this statement on behalf of the hospital: “Due to the early and dramatic onset of the flu across our state, like many other hospitals, Holy Cross has seen some variability in ER wait times, but our goal continues to be to provide the highest quality care to every patient who enters our doors. When patients come to the ER, they are seen and treated based on their symptoms and level of acuity. We are committed to seeing and treating all patients and getting them back on the road to better health.”

The Arizona Department of Health Services said in a news release that an increase in early flu season cases is causing long ER wait times at several hospitals around the state, though it didn’t specifically mention Holy Cross. For her part, Felix said on the night in question, there was only one other family in the waiting room, she saw plenty of nurses in the hallway and no one mentioned that the long wait was due to flu cases.

Felix said she waited about 10 minutes before seeing a nurse and about an hour before a physician visited. The physician said she would come back to prepare her son for stitches, but when the doctor didn’t return after another hour, Felix decided to leave, she said.

Her initial 10-minute wait time is similar to the hospital’s 11-minute average wait time before seeing a nurse, according to the nonprofit investigative news service ProPublica, which collected data from the Center for Medicare and Medicaid Services, mostly between January 2016-January 2017. The average ER wait time in Arizona was reported to be 14 minutes.

But unlike for Felix’s son, Holy Cross and Arizona patients are treated and sent home after an average of 2 hours, 11 minutes, with only one percent of people leaving without being seen, according to ProPublica’s ER Wait Watcher project.

Felix said she took her son to the hospital after he tripped and cut his eye open on a ceramic pot.

“It was open, blood, blood was dripping,” she said of the wound.

While her son’s vital signs were taken about 30 minutes into the wait, Felix said, she was surprised no one ever closely examined or cleaned the cut while waiting for stitches.

Before leaving the ER, Felix said she asked a social worker how long the wait would be, and the staffer said the physician was waiting on a prescription to be approved.

Felix then left the hospital and said someone tried to make her pay $150 for the visit.

In contrast, staff at the ER in Mexico “gave me great service,” Felix said.

She said a nurse closely examined his cut with a flashlight and called the physician at his house to tell him to come to the hospital.

“They cleaned him up, they got him ready for stitches,” Felix said, adding the procedure was complete within 45 minutes. She said her son received seven stitches on the outside of his cut and more on the inside.

Felix, who said she filed a complaint with the hospital last week, added that while she isn’t planning to file a lawsuit, she won’t return to Holy Cross and will instead travel to ERs in Green Valley or Nogales, Sonora.

“We’re (speaking out) so other people, they don’t have to go through what we went through,” said Felix’s uncle Bobby Mankel, who helped file the complaint.

Felix said she was worried about local families who face long wait times at the ER, but don’t have a car or the cash to pay for treatment in Mexico.

She said she hopes Holy Cross will expand its ER and hire more emergency doctors, or that urgent care centers will open in the community.