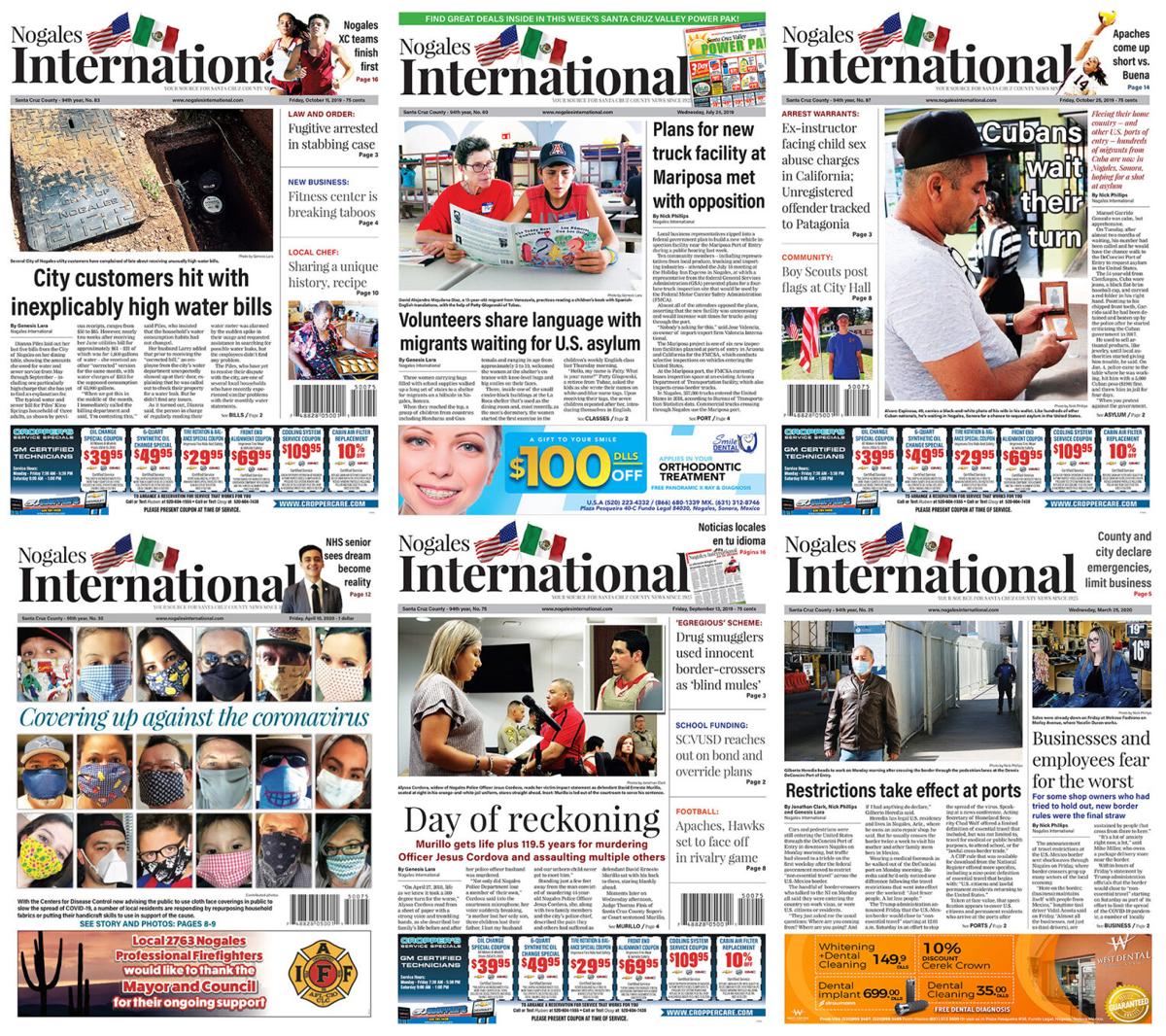 Front pages of some of the editions and stories that won awards in the Arizona Newspapers Association contest. 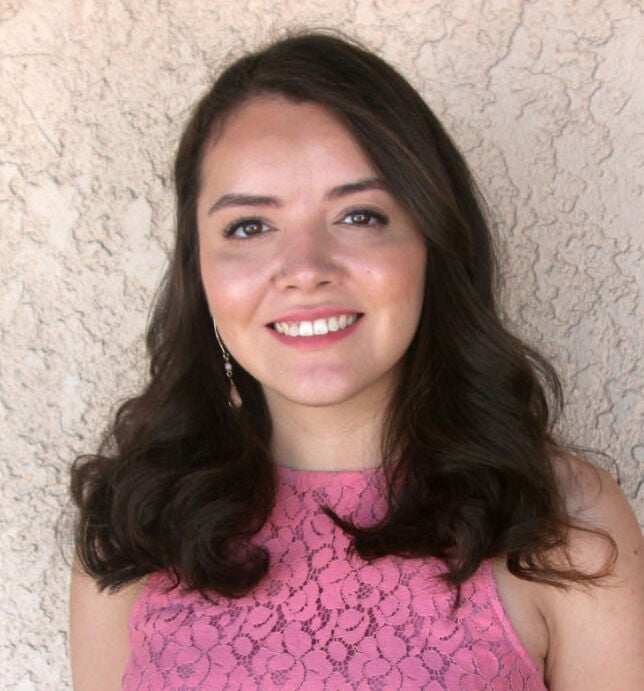 The Nogales International won first place in General Excellence among newspapers its size and reporter Genesis Lara was named Journalist of the Year for non-dailies when the Arizona Newspapers Association announced the winners of its annual Better Newspapers Contest on Thursday.

In all, NI staffers collectively and individually won 18 prizes in the contest, which covered newspaper editions and stories published from May 1, 2019 though April 30, 2020.

In the collective categories for non-daily papers with circulations less than 3,500, the NI won first place in Community Service/Journalistic Achievement, Editorial Page Excellence and Page Design Excellence. The latter award was primarily the result of the efforts of page designer Priscilla Bolaños.

“The overall look of the Nogales International was top of the class from first glance,” the judges said in their comments.

Second-place awards came in the ares of Reporting and News Writing Excellence; Departmental News and Copy Editing Excellence; and Best Use of Photography. The NI was third in Best Newspaper Website.

In the individual award categories, reporters for the NI earned six prizes, including five first-place awards – three of those by reporter Nick Phillips:

• First Place, Best News Story: “A rancher says the Border Patrol put a camera on his property and pointed it at his home. So he took it,” by Nick Phillips.

• First Place, Enterprise Reporting: “Cubans wait their turn,” by Nick Phillips. “Engaging, caring without being sentimental,” the judges said of this account of Cuban asylum-seekers arriving in Nogales, Sonora.

“The article is the heart of the presentation, and as the reader goes along, they're able to look into the kitchen of the woman about whom they're reading via multiple photos. A short video further connects us to the subject,” the judges wrote. “The story itself is well written and is a touching and engaging tale of a woman who followed her passion as it led her through some inspiring life experiences. A recipe at the end gives us the opportunity to actually taste some of that experience.”

The ANA Better Newspapers Contest is one of three contests the Nogales International participates in each year.

In August, the NI won three prizes in the National Newspaper Association’s 2020 Better Newspaper Contest, including first place in its class for local news coverage. Winners of the annual Arizona Press Club are currently being announced on a rolling basis.

Journalist of the Year

Genesis Lara was named Journalist of the Year at the state’s non-daily papers on the strength of a 10-story nomination packet. Those stories included:

The prize was awarded by panel of judges from the U.S. West Regional Associated Press bureau.

“Lara takes top honors here for her detailed and colorful features of life on the U.S.-Mexico border,” the judges wrote. “Her stories are infused with humanity and a cultural appreciation for her readers, such as one tale about a girl graduating from high school who traveled to the border wall in her cap and gown to celebrate her milestone with her mother on the Mexican side.”

“In ‘Day of Reckoning,’ she recounts the murder of a Nogales police officer in great detail but doesn’t lose sight of the lasting pain left on his family, friends and colleagues,” the judges continued. “Her stories are original, written with great clarity and embody a tremendous understanding of the people and issues in her community.”

Lara is a Nogales native and 2014 graduate of Nogales High School. She joined the NI newsroom in 2018, shortly after graduating from the University of Arizona with a degree in journalism.