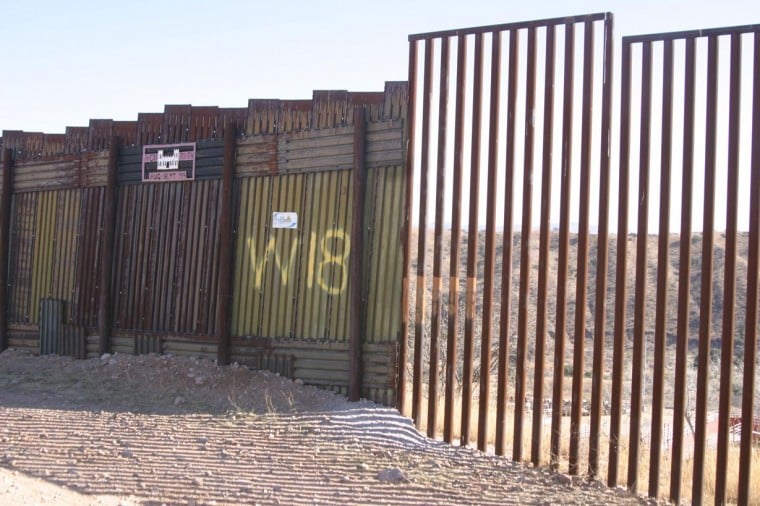 The ability to see through bollard-style fencing is an advantage for Border Patrol. 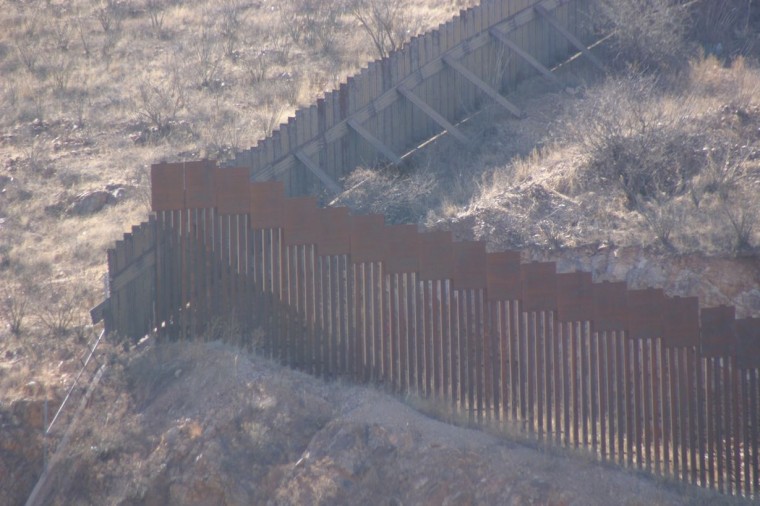 The ability to see through bollard-style fencing is an advantage for Border Patrol.

Out with the old and in with the new. The U.S. Border Patrol is tearing down the old, beat-up border fence that runs through downtown Nogales out to the edges of town – and building a new, state-of-the-art barrier.

The project is already under way, and a contractor is currently unloading hundreds of trucks worth of material onto two sites – one on the east edge of town, and another just west of the Mariposa Port of Entry.

The Border Patrol and its parent agency, U.S. Customs and Border Protection, have so far declined to release the name of the contractor or the price tag for the overhaul.

The actual construction on the 2.8-mile replacement fence is scheduled to start in spring, and the project is slated to be finished by the end of the year, said Border Patrol spokesman Jason Rheinfrank.

The new fence will be a bollard-style post fence made up of interconnected steel tubes which will tower 15 to 20 feet above ground and will have roots running eight to 10 feet below the surface, Rheinfrank said.

This project will replace all of the existing landing-mat fencing. The decorative wall in the downtown area will not be replaced.

The old fence, an aesthetically displeasing relic made of landing mat sheet metal left over from the Vietnam War, stands about eight to 12 feet above the ground, has no footer to stop tunneling and is constantly being cut through, tunneled under and climbed over, Rheinfrank said. And it also has some serious drawbacks for those assigned to guard it.

Agents can’t see through the landing mat fence to the other side, where smugglers, would-be immigrants and even kids line up to throw rocks at them. Border Patrol vehicles stationed along the line are often equipped with rock-proof cages over the windows and windshield, to protect from “rocking” as it’s known by agents.

“Any agent worth his salt has been rocked,” Rheinfrank said.

Besides being able to see rockers, agents will be better able to see scouts, people trying to cut holes in the fence to push drugs through and people waiting to cross, who can now hide behind the fence just a few feet from agents, but invisible to them and to the camera towers stationed throughout the region.

Even so, a video that went viral on the Internet in January showed two women scaling a bollard-style border fence in less than 18 seconds.

The Border Patrol is constantly patching holes cut throught the landing mat fence and pouring cement along the edges to fill tunnels and detour tunnelers, Rheinfrank said. The new fence will be not only much harder to cut through, but harder to tunnel under, which means Porder Patrol will have to do less maintenance work.

The bollard fence will also have a honeycombed opening near the bottom in wash areas, Rheinfrank said. This will allow for watershed from the higher-elevation Nogales, Sonora to flow more freely into the U.S., the way it used to before the landing mat fence cut through the washes in the hills around Nogales, causing water to build up and, in some cases, flood the Mexican side of Ambos Nogales.

Construction will be done section by section, Rheinfrank said. As soon as one part of the old fence is torn down, it will be replaced by the new fence.

“We cant just have a big hole there while we’re doing construction,” he said.