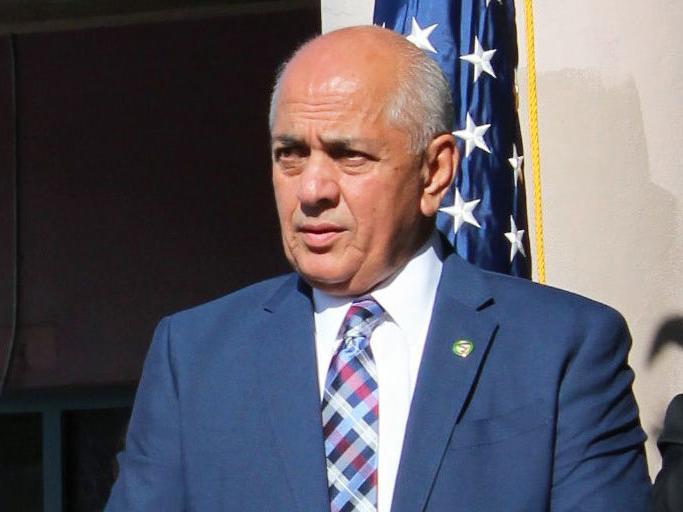 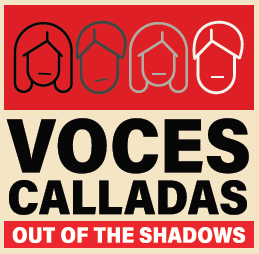 But one news source missing from the list, as well as from other similar inventories offered by the mayor at recent meetings, is the city’s only newspaper, the Nogales International.

Garino, who puts transparency at the top of the list of his priorities on the city website, and who won election in 2018 after promising an “open door policy, transparency and accountability,” has not returned an email or phone call from an NI journalist seeking comment in nearly a year, and has only directly commented for a story once during that period. (He agreed to talk with this reporter, he said, because she’s working on a larger reporting project about Nogales while embedded temporarily with the International.)

Newsroom staff point to last June, when the COVID-19 pandemic began hammering the community, as the beginning of Garino’s cold-shoulder treatment.

The mayor had responded to a call requesting comment for a story published in the NI on June 16, 2020, after he and other local officials in Arizona asked Gov. Doug Ducey to allow them to impose mask mandates. During that interview, the mayor talked about the calls he was receiving from local residents regarding masks and whether a mask requirement was a decision that could be made by the city.

But two days later, when Ducey granted permission and Garino signed a local mask ordinance into effect, he declined to respond to calls made to him or through city staffers that sought clarification of the mandate. Instead the NI’s story ran with the line: “Garino did not immediately return calls seeking comment.”

“You would have thought, given the gravity of the public health situation in Nogales at the time, that the mayor would have put the importance of keeping the community fully informed ahead of any personal agendas regarding the paper,” said NI managing editor Jonathan Clark, who added that it was never clear what might have happened during that two-day interval to turn the mayor against the paper.

Garino continued the silent treatment each time the NI reached out after that, until reporter Genesis Lara, who doesn’t typically cover city matters, reached him in late February after a local citizen raised concern that the city was selling municipal water to a border wall-building crew during a time of drought. But even then, it wasn’t a case of Garino returning a call or email; Lara reached him when he picked up a call she made from her cell phone – a number not immediately recognizable as being from the Nogales International.

When asked why there seemed to be reluctance on his part to speak to the local newspaper, Garino said there are topics that do not correspond to him.

“The way that I’ve been doing it is I’ve told my assistant that if there’s a reporter, send me an email and I’ll see if I’m interested, and if not, I’ll give it to the city manager,” he said.

Garino also attributed his lack of cooperation with local media to the type of coverage his office receives.

“Every time I get called by somebody from the news, it’s never for something positive,” he said.

“That’s why sometimes you have to understand. We do a lot, a lot of great things in Nogales but never will they call me to find out,” he added.

Other governments at the local, state and federal levels routinely issue news releases to tout their accomplishments. For example, the office of Tucson Mayor Regina Romero regularly sends out news releases to area media outlets, including the NI. In Santa Cruz County, the county government, as well as the school and fire districts, issue occasional releases. So do the City of Nogales fire and police departments.

But Garino said he doesn’t feel any responsibility to call attention to city happenings via news releases.

“That’s not the way it should be. A reporter is a reporter. A journalist is a journalist. I’m the mayor. You want information? Come look for it,” he said.

“It’s absurd for the mayor to complain that he doesn’t get enough positive coverage while also refusing to make any effort to reach out to us,” Clark said. “It’s even more absurd that he would tie his obligation to keep the public informed about city goings-on, or answer important questions about city policy, to whether or not he thinks he’s getting enough positive press.”

No other elected officials in Santa Cruz County decline to return calls or emails from the NI, including those who have received critical coverage.

As for his lack of response, Garino insisted it had happened on only two times. “It’s only happened about twice that I’ve gotten two emails so it’s not happening all the time,” he said.

The only response to any of those inquiries was a one-line email sent from the e-mail account of the mayor’s assistant earlier this year about the mayor’s renewed opposition to concertina wire on the local border wall. When outlets including the Tucson Sentinel, KOLD-TV, KVOA-TV and KJZZ radio followed up on the story, Garino spoke to them all.

The issues that the NI never received responses about included local election results, the search for a city manager and the city’s annexation plans.

The NI is not the only local media source shunned by the mayor. “This year I have not been to Maxima, not once,” Garino said of Nogales-based radio station La Maxima KOFH-FM.

Garino has a history of conflict with La Maxima. In July 2014, during Garino’s first term as mayor, he and four of his supporters on the city council voted to ask the Arizona Attorney General’s Office to pursue criminal charges against Maxima as a result of the station’s harsh criticism of the mayor and city government.

Garino accused the station of retaliating against him because his administration, unlike his predecessors’, had refused to pay for air time. He also alleged that the station had made “personal attacks against city employees and their families,” though it was never clear what criminal offense he thought Maxima had committed.

The AG’s Office did not take up the request to prosecute the station.

During his most recent term, Garino has become a go-to source for out-of-town media. “Sometimes I feel like I have more people calling me from outside the city than locals,” he said.

His comments to outside media vary from the border security situation in Nogales, to the pandemic and the economic crisis in the city. The NI reports on those same issues, and the out-of-town media often follows up on that coverage with their own stories on the same subject.

But unlike the out-of-town media, the Nogales International also covers the city on a micro-level, which sometimes means shining a light on local problems, and asking tough questions of local officials on behalf of the community.

“While other local governments turn to community news outlets to reach their constituents regarding important messaging about the pandemic, challenged economies and so on, Arturo Garino has opted to welcome outside media and practically shun the only local newspaper serving his community,” said Manuel C. Coppola, the NI’s publisher.

“‘Transparency’ tops his list of priorities on the city’s website. But that’s blatant hypocrisy,” Coppola said. “By ignoring the NI, he ignores our readers, many of whom voted for him in his narrowest of wins in the last election.”

Reporter Lidia Terrazas is working with the Nogales International on a special project called “Voces Calladas: Out of the Shadows,” which seeks to shine a light on barriers to political participation in the community and identify solutions. This story, which examines questions of government outreach and transparency, is part of that project.