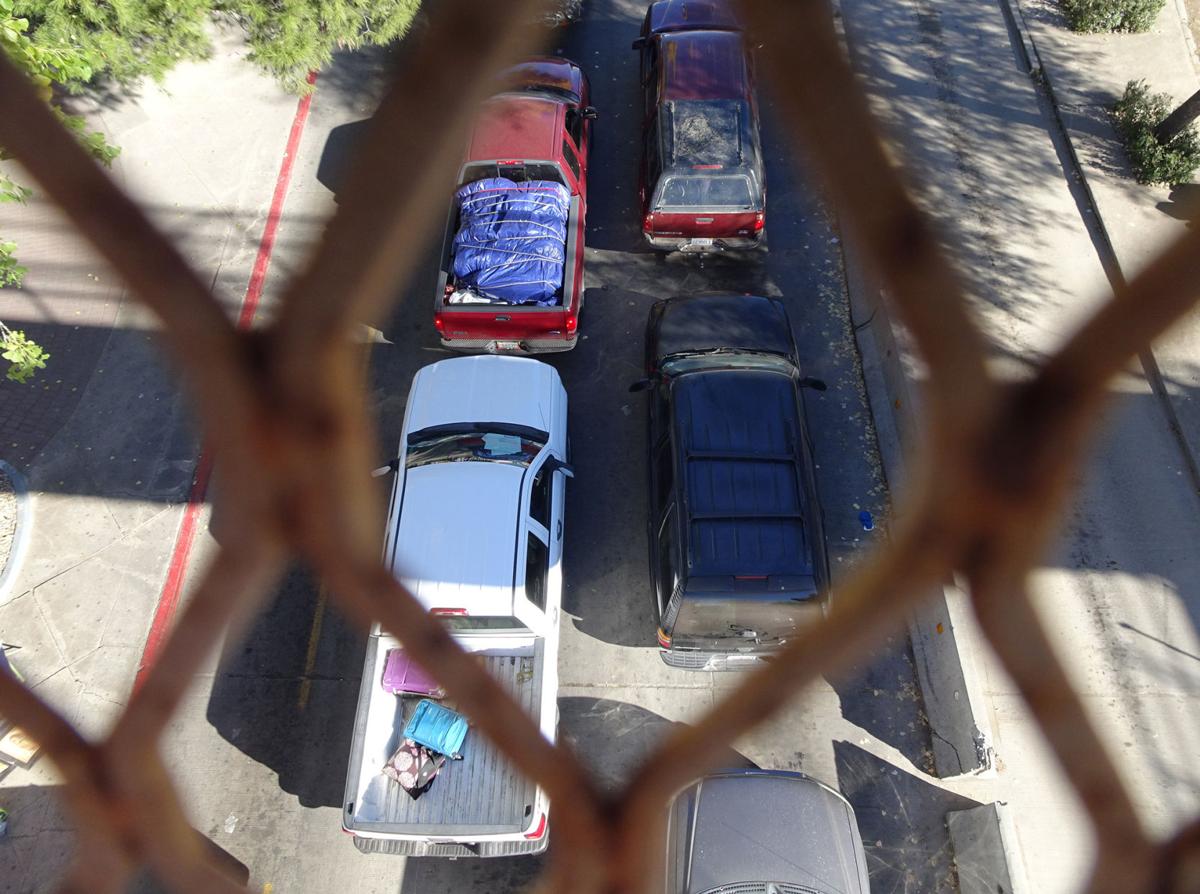 Passenger vehicles, many with license plates from western U.S. states and packed with luggage, wait in line to cross into the United States through the Dennis DeConcini Port of Entry on Sunday morning. 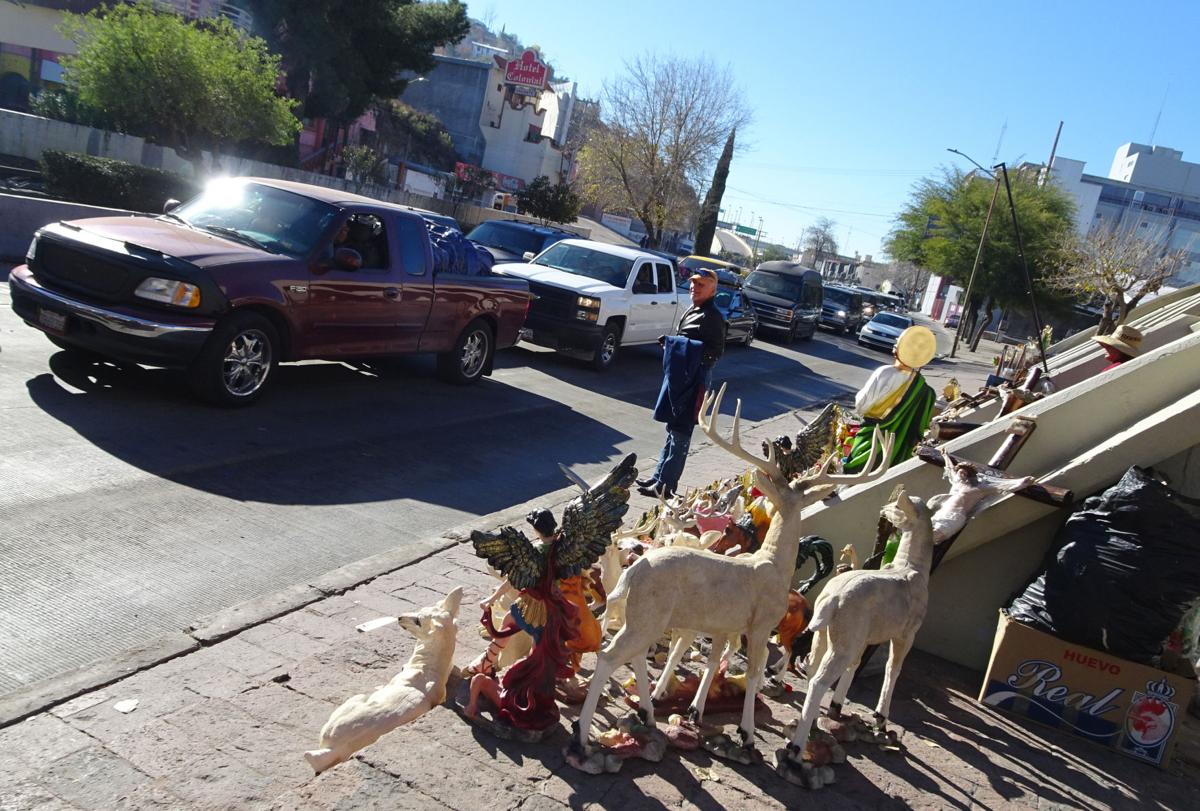 Passenger vehicles, many with California license plates and packed with luggage, wait in line to cross into the United States through the Dennis DeConcini Port of Entry on Sunday morning.

Passenger vehicles line up to cross into the United States through the Dennis DeConcini Port of Entry on Sunday morning. 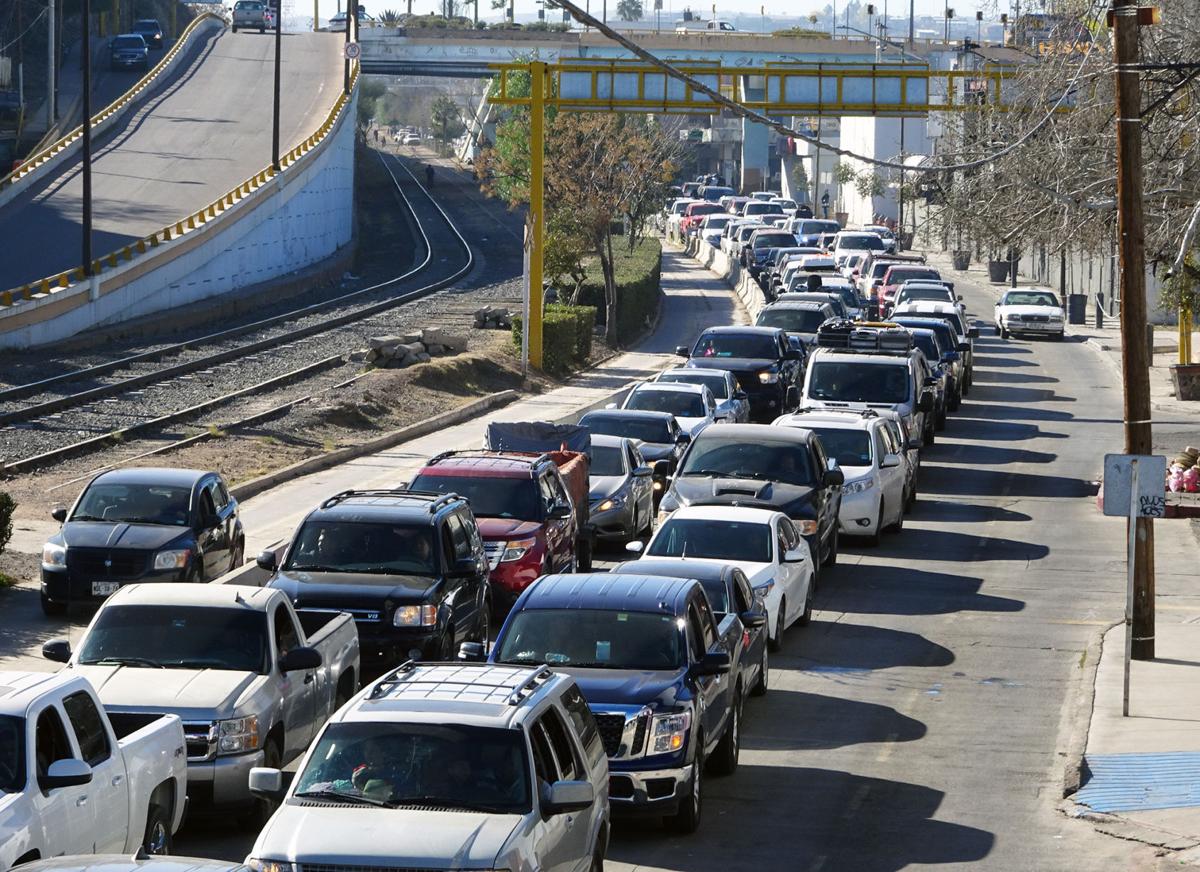 Passenger vehicles line up to cross into the United States through the Dennis DeConcini Port of Entry on Sunday morning.

Passenger vehicles, many with license plates from western U.S. states and packed with luggage, wait in line to cross into the United States through the Dennis DeConcini Port of Entry on Sunday morning.

Passenger vehicles, many with California license plates and packed with luggage, wait in line to cross into the United States through the Dennis DeConcini Port of Entry on Sunday morning.

After driving approximately 1,300 miles, the Pacheco family from Modesto, Calif. arrived at the line leading to the Mariposa Port of Entry at 7 p.m. last Saturday, ready to cross back into the United States after spending the holidays with family in the central Mexican state of Guanajuato.

But after the family of two adults and four children spent five hours in line, they were told at around midnight that the Mariposa port, already operating on extended hours, was closing. So they turned their SUV around and got in line at the Dennis DeConcini crossing at around 12:30 a.m.

They didn’t make it though the port and into Nogales, Ariz. until around 9 a.m. on Sunday, father Fernando Pacheco said while taking a pit stop a few minutes later at the Crawford Street McDonald’s.

“You want to just park the truck and get a plane ticket,” he said.

Every Christmas holiday season, large numbers of “paisanos” – U.S. citizens or residents with family ties in Mexico – cross back and forth through the Nogales ports of entry to visit loved ones south of the border. And every year, their southbound arrival and northbound return adds congestion to local roadways and ports.

But this paisano season, the post-New Year return traffic has been exacerbated by the government’s move earlier this year to transfer some U.S. Customs and Border Protection officers out of Nogales to other Southwest ports of entry, and CBP’s decision around Thanksgiving weekend to close off select vehicle lanes at the DeConcini and Mariposa ports to prevent asylum-seekers from gaining unauthorized access to U.S. soil.

That contributed to significantly longer-than-usual waits for vehicle travelers like Alejandro Camacho of Riverside County, Calif., who went to the northwestern Mexican state of Sinaloa to spend the holidays with family and attend his aunt’s wedding.

On past occasions, Camacho said, he waited “probably three or four hours” to cross the border back into the United States. But this time, he, his pregnant wife and their 2-year-old daughter waited eight hours after getting in line at the DeConcini port around 1 a.m. Sunday.

Throughout Sunday morning, CBP listed wait times of eight hours at the DeConcini vehicle lanes on its Border Wait Times app, and delays of around three hours at Mariposa. Wait times for pedestrians at both ports were minimal.

The times gradually improved during the afternoon, and by 8 p.m., CBP was reporting a wait of 40 minutes at DeConcini and no delay at Mariposa.

In an emailed statement, CBP confirmed that it had extended the closing time at the Mariposa port from 10 p.m. until midnight, Saturday through Monday, to help deal with the crunch.

“Additionally, there were 10 vehicle lanes open through midnight to help mitigate traffic and our records indicate the wait time reduced to zero after 9 p.m. on Sunday,” the statement said, in reference to the Mariposa port.

As for the possibility of re-opening the lanes at DeConcini that have been blocked off since the long Thanksgiving weekend, CBP said it “will be re-evaluated later this week.”

In Nogales, Sonora on Sunday morning, lines of vehicles filled with passengers and luggage snaked south from the DeConcini port, watched by Mexican law enforcement officers who have stepped up their vigilance of the lines in recent weeks in an effort to stop undocumented migrants from reaching the ports.

Many of the northbound vehicles bore license plates from western U.S. states – predominantly from California.

In addition to the psychological stress of waiting for hours in a line that moves a few feet every couple of minutes, Camacho, the traveler from Riverside County, Calif., said there’s a physical toll as well.

“If you’re not used to it, you have to get down and stretch out,” he said. “You start to cramp up.”

Camacho and his wife took turns driving and napping, he said, while their daughter largely occupied herself with her tablet.

The experience has the family thinking about alternative travel methods for the next holiday season.