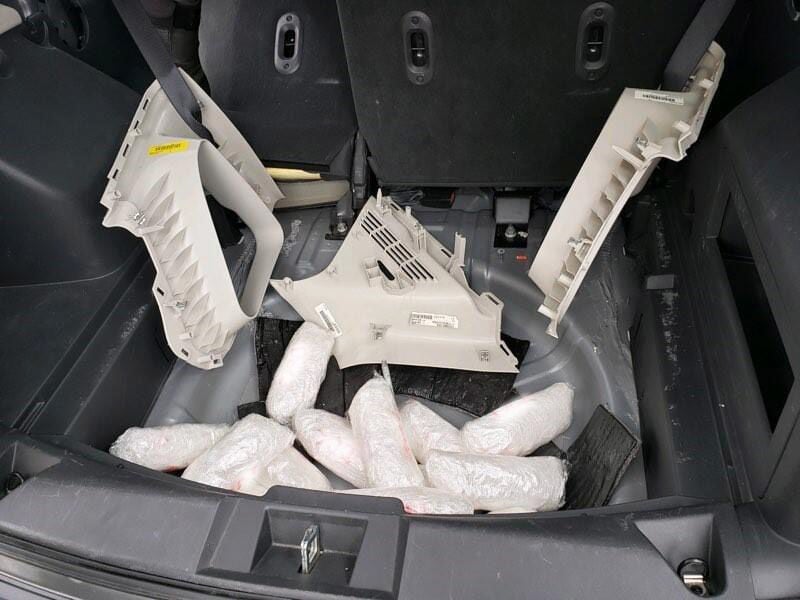 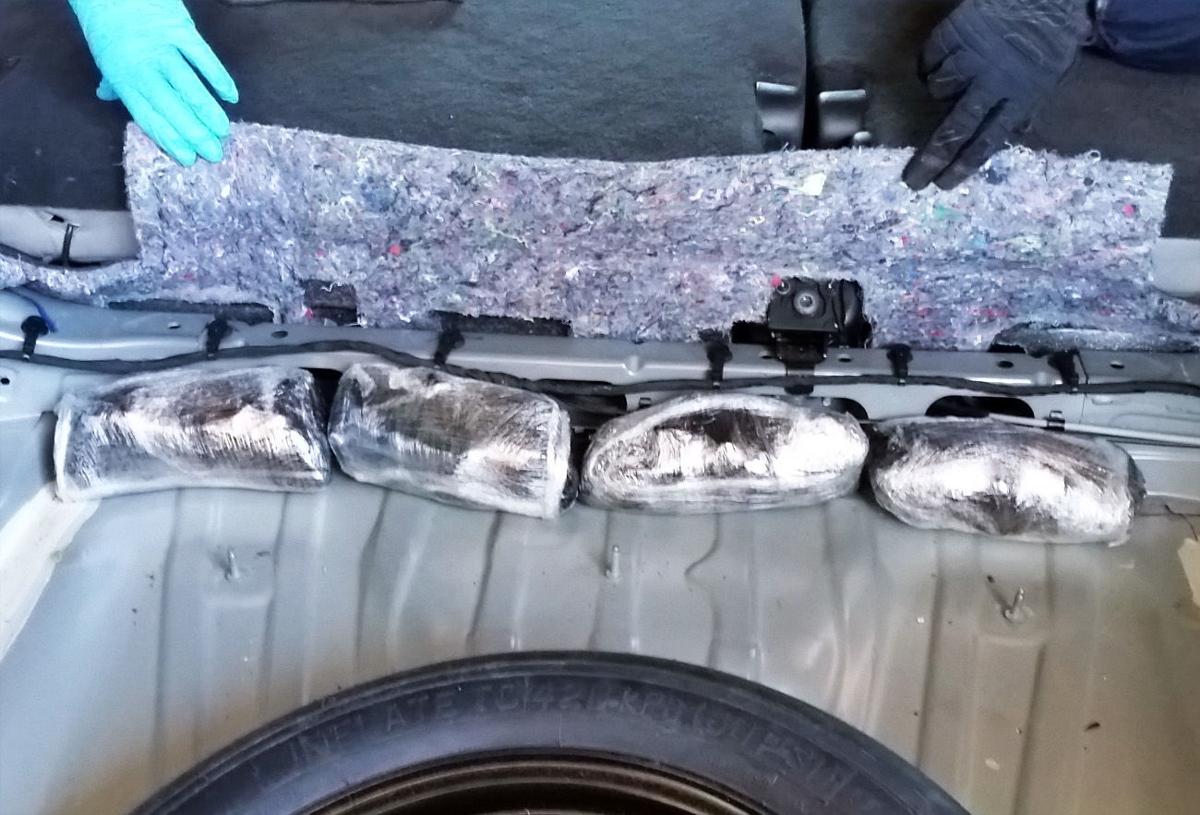 This load of cocaine and meth was found hidden in a Chevy SUV. 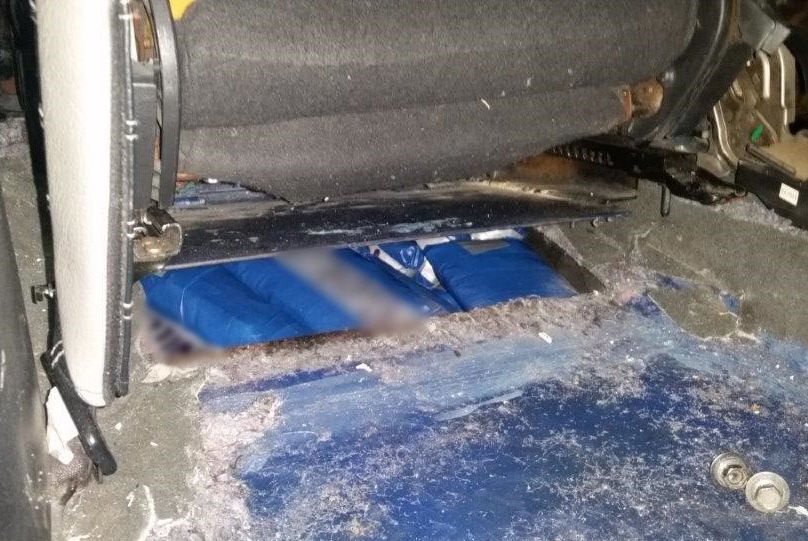 A stash of heroin worth more than $1 million was found in the floorboard of a Nissan sedan. 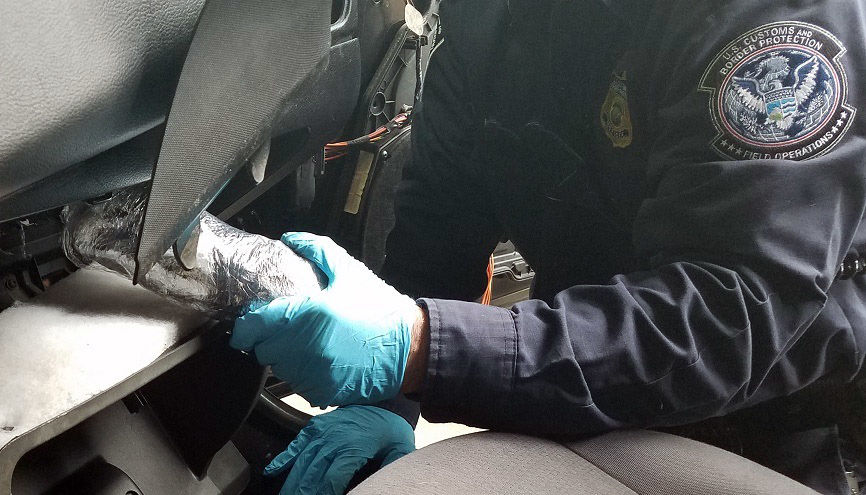 A CBP officer in Nogales pulls packages of meth out of a smuggling vehicle.

This load of cocaine and meth was found hidden in a Chevy SUV.

A CBP officer in Nogales pulls packages of meth out of a smuggling vehicle.

• U.S. Customs and Border Protection officers at the Dennis DeConcini Port of Entry referred a 23-year-old woman from Arizona City for a search of her Chevy SUV. A drug-sniffing dog then led officers to 40 packages of drugs hidden in the rear quarter panels and dashboard. The drugs were determined to be more than 35 pounds of cocaine, worth $399,000, and more than 29 pounds of meth, worth more than $48,000.

• A 23-year-old Buckeye, Ariz. woman driving a Kia sedan was caught at an unspecified Nogales port of entry with 25 packages of meth in the car’s rear quarter panels The drugs weighed 27 pounds and had a value of nearly $45,000.

• CBP officers at the Mariposa Port of Entry arrested a 46-year-old Magdalena, Sonora man after finding 25 packages containing more than 39 pounds of meth in his Ford truck.

• A 41-year-old woman and her 46-year-old male passenger, both Mexican citizens, were sent for an additional search of the woman’s Chrysler sedan. The search led to the seizure of nearly 64 pounds of meth hidden throughout the vehicle. The stash was worth more than $105,000.

• Border Patrol agents working the I-19 Immigration Checkpoint seized 20 bundles of cocaine, weighing almost 52 pounds, during the inspection of a Jeep SUV. An hour after that bust, agents seized 50 bundles of meth, weighing nearly 52 pounds, while inspecting a Ford Mustang.

• Officers at the Mariposa port referred an 18-year-old Nogales, Sonora man for additional inspection of his Nissan sedan. A search of the vehicle, initiated by a positive alert from a drug-sniffing dog, led to the discovery of nearly 80 packages of drugs hidden within the car’s floorboard. The drugs were determined to be more than 109 pounds of heroin, worth more than $1 million. More than nine pounds of fentanyl, worth nearly $99,000, and almost six pounds of cocaine, worth $67,000, were also seized.

• A 45-year-old woman from Los Mochis, Sinaloa, Mexico was sent for an additional search of her Chevy SUV as she attempted to enter the United States through a SENTRI lane at the DeConcini port. A search led to the discovery of almost 70 packages of meth in the vehicle’s spare tire.