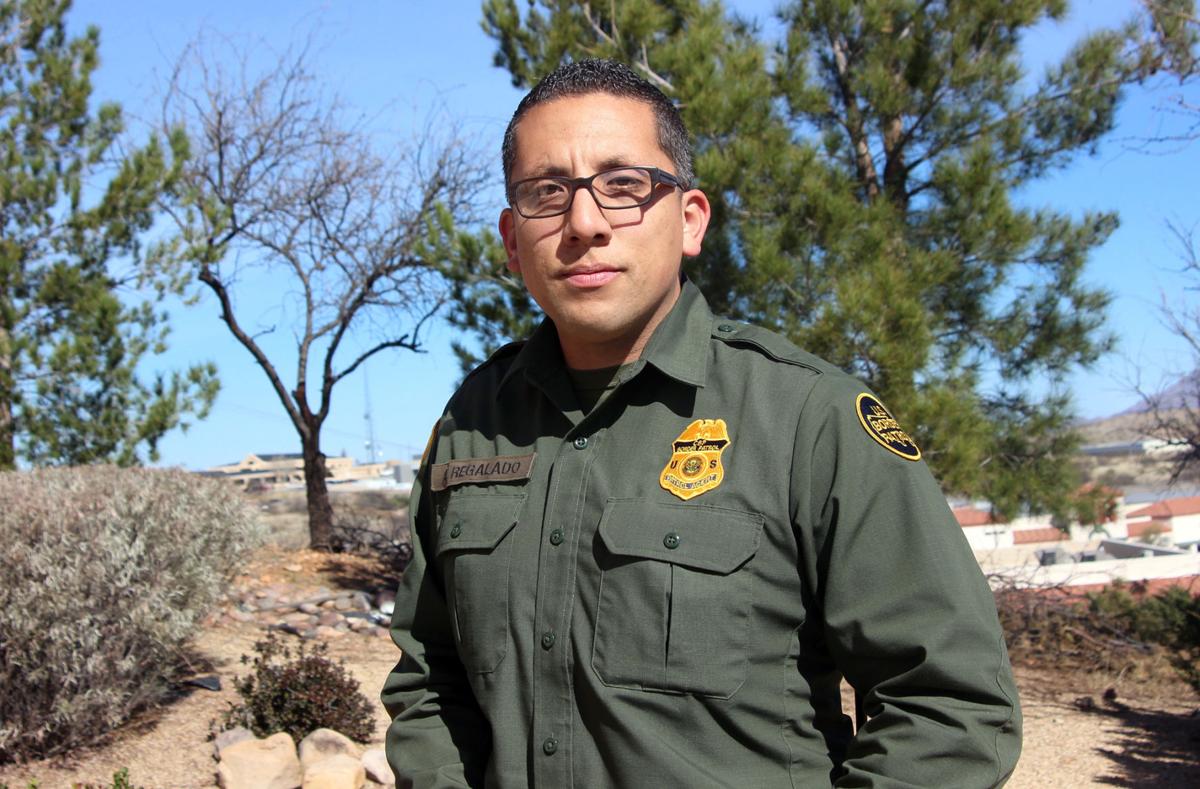 Alan Regalado shines as a local star for his work with youth soccer and the Border Patrol T.E.A.M. Kids program, which aims at preventing kids from being recruited by organized crime groups on the border. 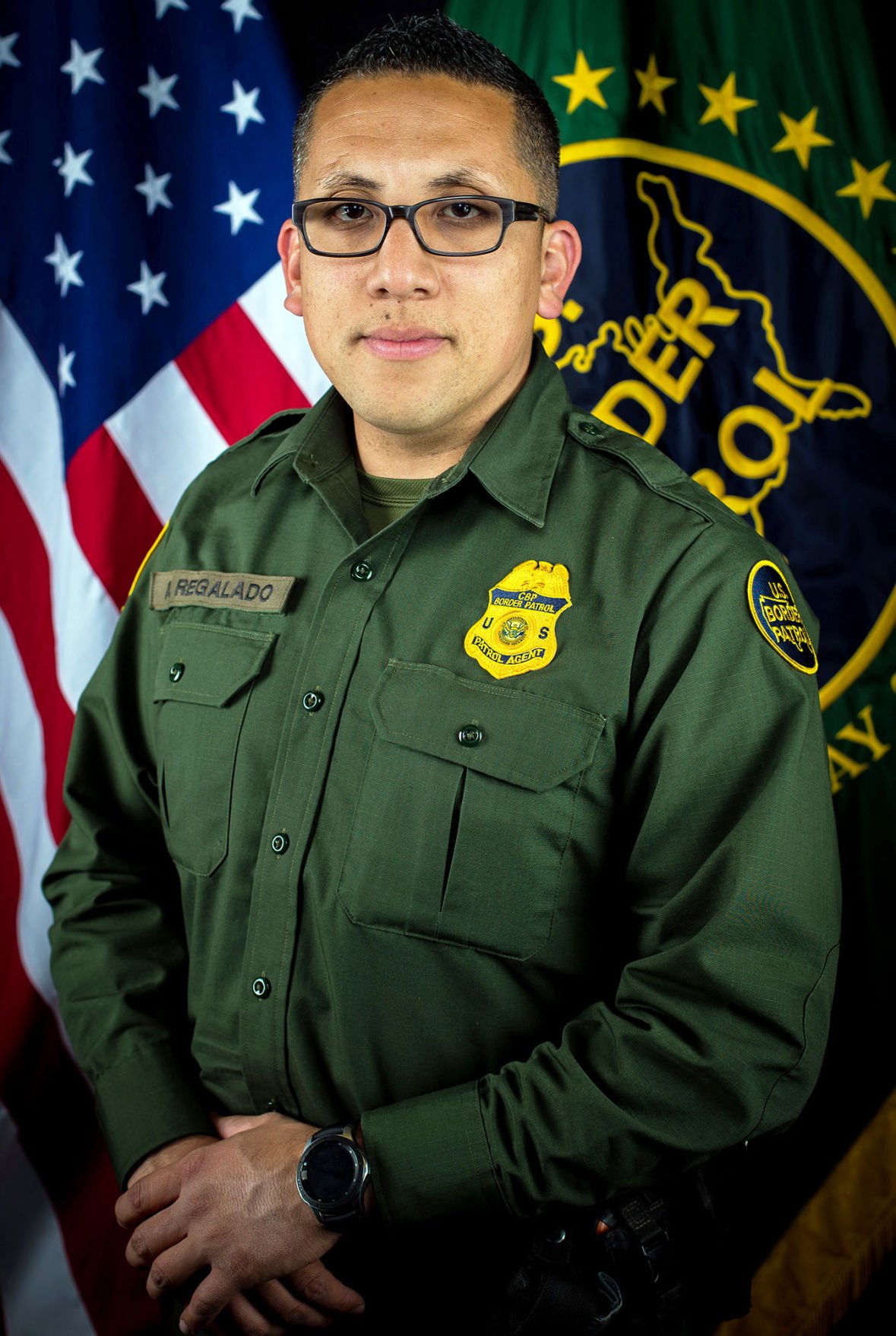 Alan Regalado shines as a local star for his work with youth soccer and the Border Patrol T.E.A.M. Kids program, which aims at preventing young generations from being recruited by organized crime groups on the border.

Rising as a soccer star at an early age and taking his skills to the college and semi-pro levels, Alan Regalado of Rio Rico ultimately knew that he wanted to come back to his hometown and give back to the community that raised him.

Now, whether it involves fulfilling his duties as a Border Patrol agent or being out on the field coaching the younger generations of soccer players, Regalado takes on different projects to try to make positive changes in Santa Cruz County.

“I’m here because I love to be here,” he said. “I love my community. Everything I do is to make a difference here.”

A 2006 graduate of Rio Rico High School who had the opportunity to travel thanks to his athletic abilities, Regalado said he decided to switch paths, turning to the career that caught his interest since he was a kid: law enforcement.

“There came a point where I had to make a choice between continuing the path in wanting to be a professional soccer player or just finding a career that would give me that financial stability in the future,” he said, adding: “The position I have as an agent allows me to be part of the security of this community.”

One of the main projects that Regalado has undertaken is the Border Patrol youth outreach program called T.E.A.M. Kids, an effort to prevent minors from being recruited by cross-border criminal organizations to smuggle narcotics.

The inspiration, he said, came from his own upbringing and first-hand experience growing up along the border.

“Seeing so many friends of mine, people that I knew that were taking that route… I got to see first-hand the suffering in many of these families that have been affected by kids being in it, so I just thought that I wanted to do something about it,” he said.

T.E.A.M. Kids, a four-week program for fifth-graders, involves Border Patrol agents and other guest speakers attending schools for one day per week and giving presentations on different topics related to drug-smuggling, such as peer pressure and the legal ramifications.

He won’t see the intended effect of the program until those fifth-graders get to seventh grade, when most recruitment happens, Regalado said, but he added that school principals and teachers have already noticed positive secondary-effect changes in the participating students.

“For example, the bullies that they’ve had so many issues with throughout the past, had not necessarily stopped, but decreased their aggressiveness with other students after the lessons,” he said.

The fledgling program has already garnered recognition for Regalado, earning him a Nogales Rotary Club Public Safety Officer of the Year award in 2018.

“It’s very humbling to be able to get recognition, but really, it’s not what I’m looking for. I’m just trying to help the youth. It’s just giving back and trying to make a difference,” he said.

T.E.A.M. Kids is currently only approved for Arizona, but Regalado’s ultimate goal is to expand it nationwide to all 20 Border Patrol sectors.

When he’s not fulfilling his law enforcement duties, he makes use of his skills on the soccer field by serving as director and head coach of the Southwest Soccer Club in Nogales and Rio Rico.

About three or four years ago, he said, the team was invited to play in an international tournament in Barcelona, Spain, and brought back a championship trophy.

To him, it’s all about teaching kids “that there is so much more to gain from playing a sport,” and instilling the values of discipline and hard work. It’s his way of giving back everything that he’s learned.

“There’s so many people here who are so talented and smart and have ideas to better Santa Cruz County, yet they’re afraid to do it because they think that they’re not going to get the support,” he said. “But that’s the message: just do it. You’re going to fall, but you have to get up and keep going and learn.”

This story is one of nine installments of the 2019 edition of Shining Stars of Santa Cruz County, a special publication of the Nogales International that highlights some of the many people in our community who serve as inspirations to others.