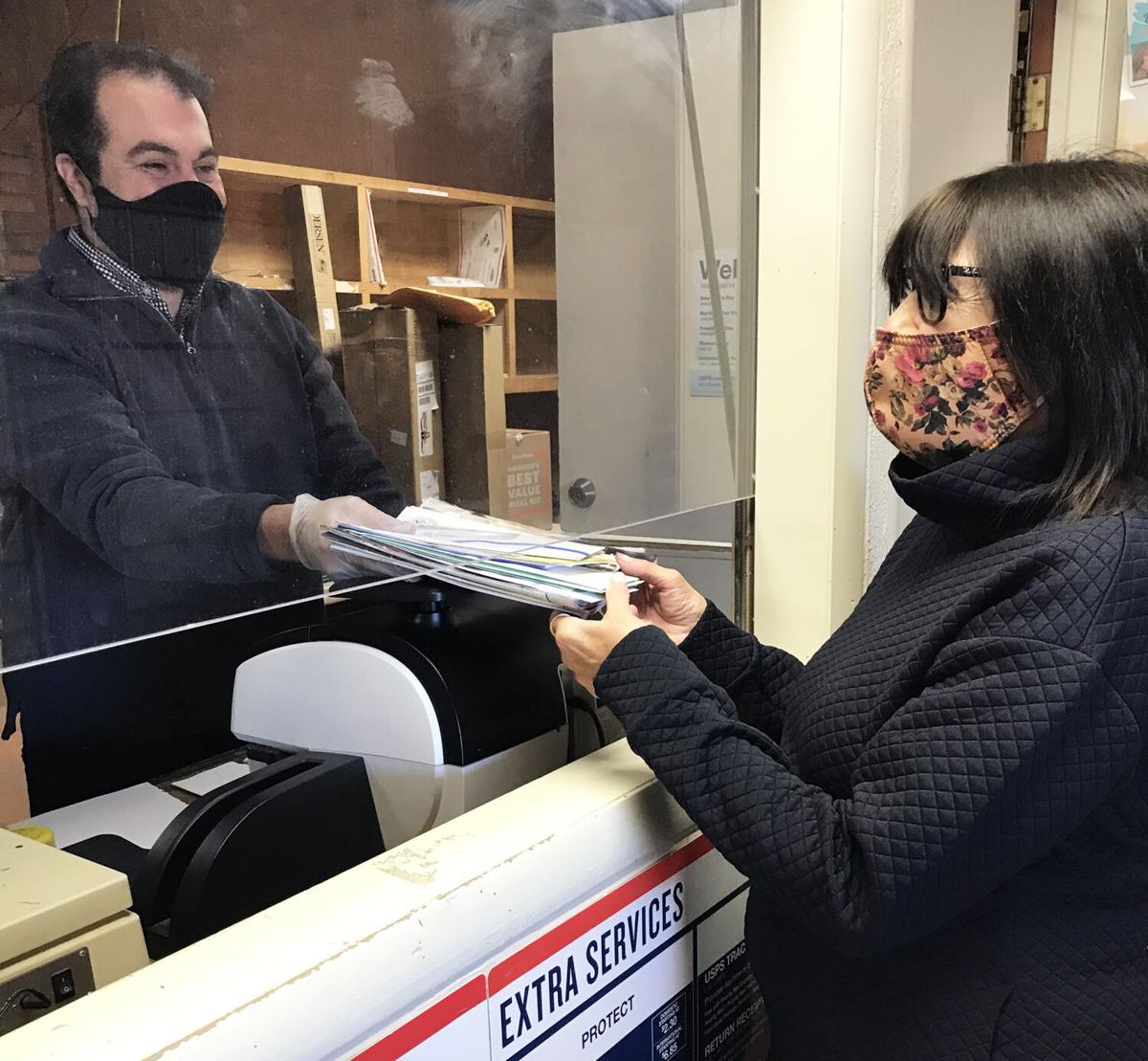 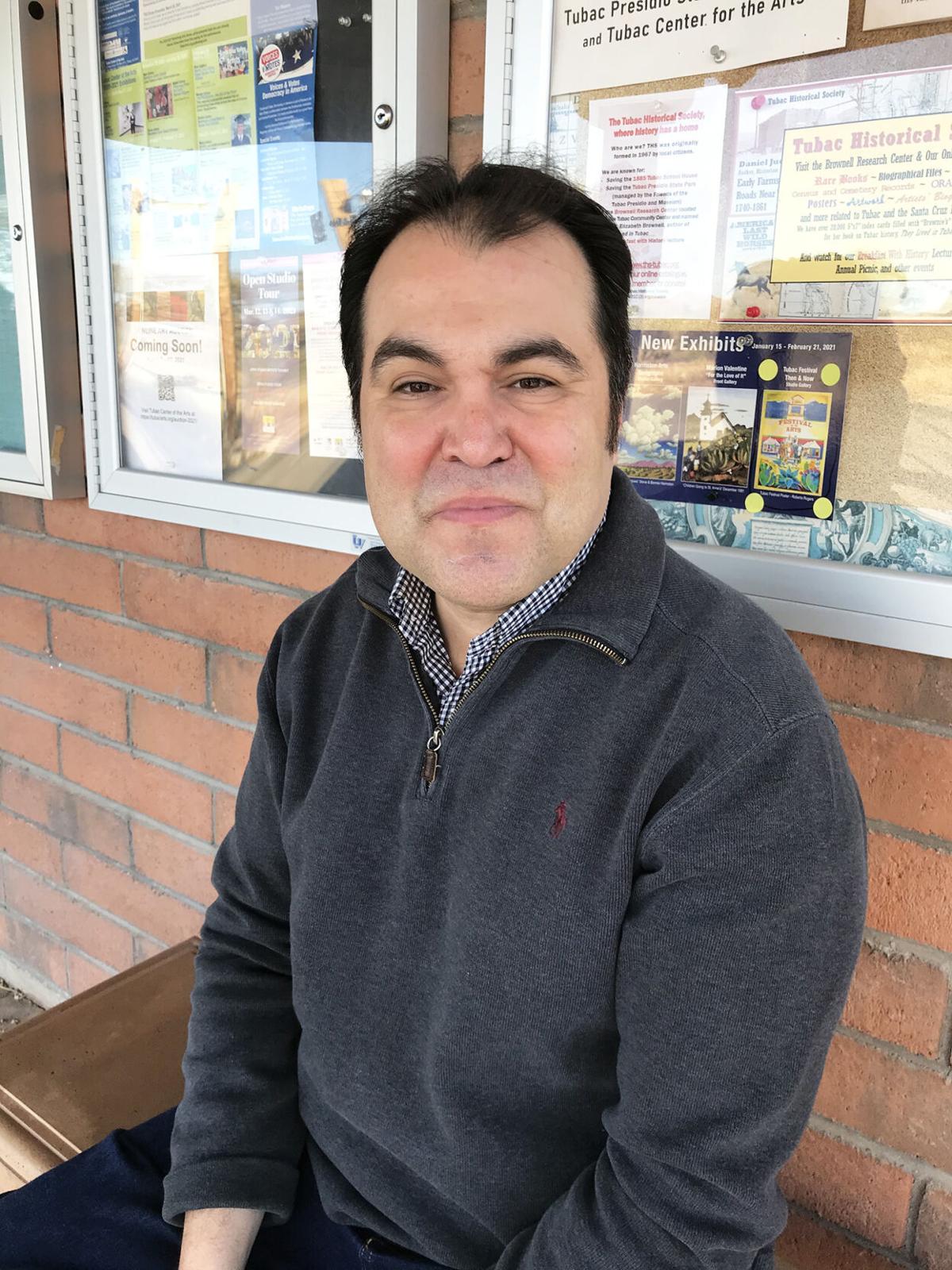 Collecting mail is fun again in Tubac. Fernando Alvarez, who runs the local post office, has brought efficiency and pleasant service to the local gathering spot since he took over operations in May 2018.

He and his assistant, Eddy Zepeda, who is also his nephew, are both friendly, cheerful and demonstrate that good customer service is their guiding philosophy.

They’re also two of the countless people around the country and world who have kept mail and package delivery running during the COVID-19 pandemic – a service that became especially crucial as people relied more and more on deliveries in the wake of business closures, stay-at-home orders and the overall need to practice social distancing.

Alvarez had no idea when he took the job nearly three years ago that a global pandemic would change mailing patterns. The health emergency has significantly increased the number of packages they handle for the 1,000 or so box holders.

Alvarez thinks people are buying more things online “because they’re bored staying at home.” Meanwhile, people don’t seem to be reducing the number of letters they send and receive. When asked if he’s seen first-class mail drop, Alvarez said “it’s about the same” since he started.

“Since Tubac is so small, it’s like a field trip every day to go to the post office. Especially during the pandemic when nobody’s going out and you weren’t seeing people,” she said.

More packages have meant that Alvarez and Zepeda, who are federal contractors rather than direct postal service employees, sometimes work longer hours. They don’t get paid for overtime; it’s a set contract amount.

There is no home mail delivery in Tubac, nor any neighborhood postal boxes, as in other Santa Cruz County communities. All U.S. Postal Service mail, and many shipping company deliveries, must be picked up at an individual’s post office box or at the service window.

Because of shipping delays caused by the pandemic, and also by recent cold weather in the eastern part of the United States, some customers express their worries about overdue mail to Alvarez.

“I sympathize with them,” he said. “I understand when they’re frustrated. It makes sense. When you limit their delivery on parcels and first-class mail, then that alters their livelihood. Especially people who have businesses in town.”

Smiling employees and sensible organization seemed to be missing several years ago. Alvarez said that in 2017, while he was working somewhere else, he followed the news in the NI about disarray at the Tubac Post Office, “and that caught my eye, quite frankly.”

Many Tubac residents were displeased with the way the former contractor operated the post office.

And then the post office closed on a week day in December 2017 following difficulties with alleged non-payment of subcontractors.

Alvarez said the newspaper reporting spurred him to submit an application for the federal contract.

“I understood the need for Tubac to have better customer service and that prompted me to apply for this position,” he said.

Service improved noticeably, many have said, once Alvarez took over. “We had to establish a system where we had to coordinate how we organized the parcels so we can deliver them in a timely manner,” he said.

“I understand that before, there was a line to pick up parcels, and we had to get away from that.”

Richter is a fan of Alvarez. “I think he’s totally dedicated to the job. We’re a small town. He knows everybody. Everybody is happy to see him because he’s always helping you.

“I think he has the right personality to deal with customers. He’s organized. In terms of service, I think it’s really good. I think he’s doing a great job,” she said.

Alvarez came from a career in which he helped others. He retired three-and-a-half years ago from the Santa Cruz County Probation Department, where he worked for 20 years. He has fond memories of those years.

“I do miss the interaction between the clients and myself. Knowing I could help somebody out in a positive manner is a wonderful thing,” he said.

A Nogales native, Alvarez earned a degree at the University of Arizona after graduating from Nogales High School in 1992. He lives in Rio Rico with his wife Susana and their three children.

Alvarez’s side job is an eBay store he’s operated for about 11 years.

Most everything runs smoothly now at the Tubac Post Office. “We look forward every day to work with such amazing people here,” Alvarez said. “Our customers are very unique, they’re very upbeat when it comes to how they treat us.”

Shining Stars is an annual publication of the Nogales International in which we highlight some of the Santa Cruz County residents whose work and/or volunteerism makes our community a better place.

During the past year, the COVID-19 pandemic has brought historic difficulties to the area, and numerous people have stepped up to play key roles in helping their neighbors adapt to and survive the scary new reality. It would be impossible to recognize everyone who rose to the occasion, so we’re highlighting people who operate in several key areas – health care and emergency medicine, education, volunteerism, delivery services – as representatives of everyone in their sectors and community as a whole who made a difference.