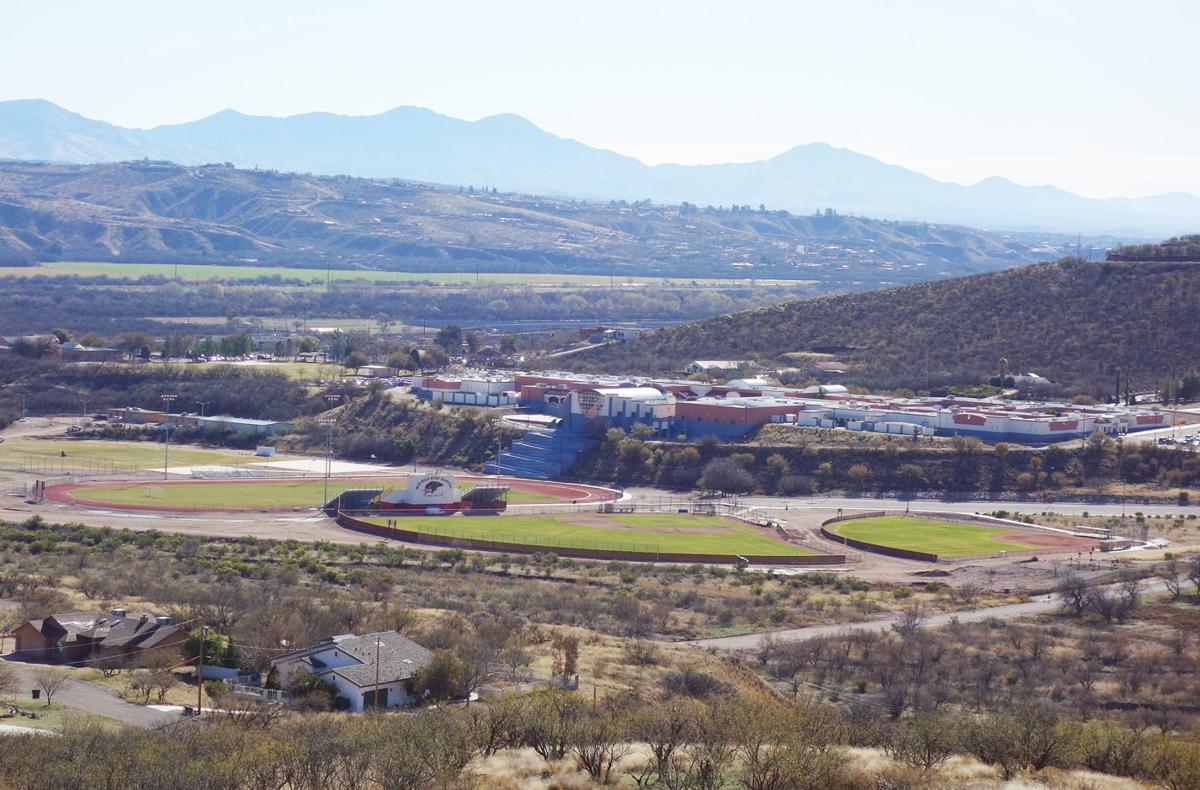 A view of the facilities at Rio Rico High School, which are poised for extensive renovations. 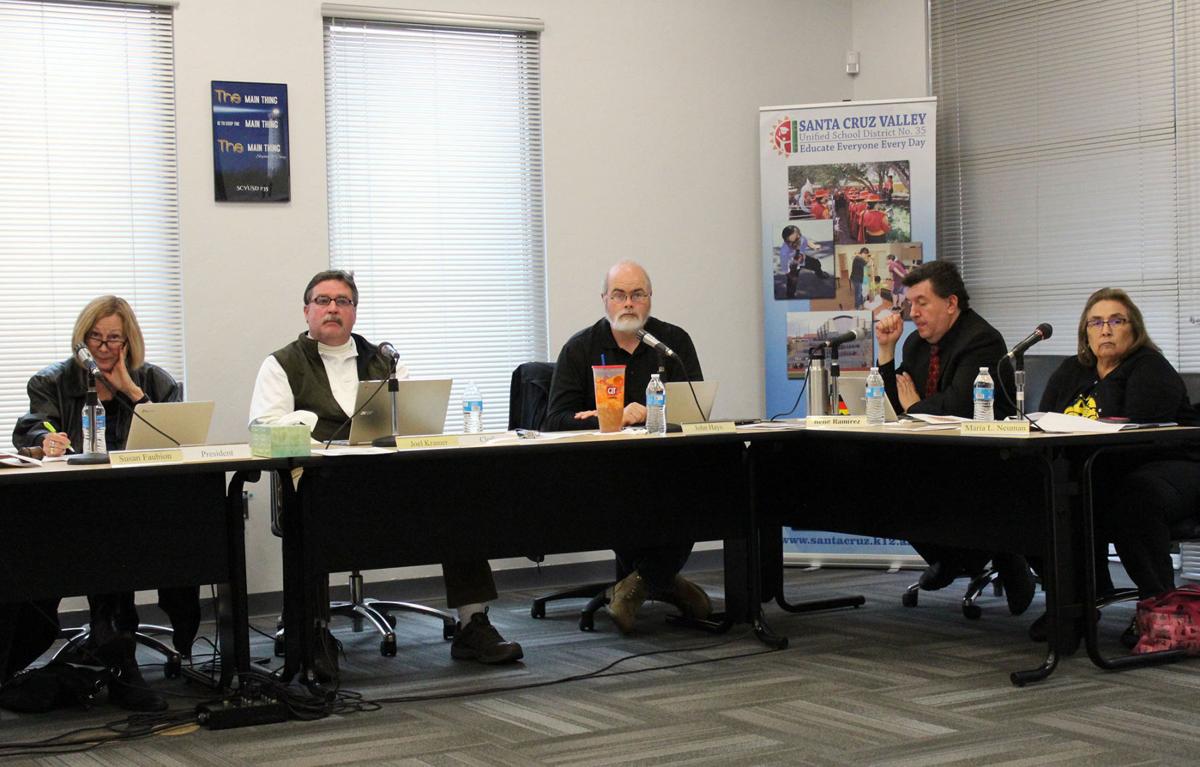 Backed by voter approval to sell $22.5 million in bonds to pay for renovations and new facilities, the Santa Cruz Valley Unified School District is moving forward with efforts to raise the first significant chunk of funding.

During a meeting on Tuesday evening, SCVUSD governing board members approved a resolution to sell up to $16.9 million worth of bonds so the district can begin with the first handful of planned projects, leaving another approximately $5.6 million to be raised down the road.

Superintendent David Verdugo confirmed that all the initially proposed projects – which included renovations to parking lots, playgrounds and fine arts facilities, as well as a new football stadium, track, and a pool and tennis courts for shared school-community use – are still in place. But he said district administrators are taking smaller steps to make the most of their time and money to complete each goal.

“Whatever you say you’re going to do is essentially what you have to do,” Verdugo said about the projects proposed to the community leading up to the elections decided on Nov. 5, 2019. “What we did was we took all the projects that we felt would not have an increase to (maintenance and operation), and put those first.”

The SCVUSD special election consisted of two distinct but related measures: the $22.5 million bond for capital improvement projects, as well a budget override increase from 7 to 9 percent, which was meant to sustain existing override-funded programs and cover new maintenance and operation costs resulting from the new projects.

Voters approved the bond sale by a margin of 145 votes, but rejected the override by a razor-thin margin of 13 votes, which led district personnel to prioritize the bond-funded projects that wouldn’t cause a drastic increase in maintenance expenses, Verdugo said.

“Generally, when you have a bond, you do it in two different sales because it takes a period of time to build, and so you don’t want to get the bonds sold and then sit on that cash because then the shorter period of time you have to utilize it,” he said.

An informational packet distributed to voters prior to the election by the County Superintendent of Schools Office said that if the bond measure passed, “the district expects to sell bonds in a single sale in 2020.”

However, the language included in the ballot question itself did not specify that the bonds would be sold in a single sale by the end of the year.

Verdugo said this week that after the district sells the first portion of the voter-authorized bond amount, they then have about five years to sell the rest of it.

Verdugo said the district’s top priority for the new funding will be renovating and implementing more security and technology at Rio Rico High School. Other projects, such as the swimming pool and new athletic field lighting, will be postponed until a later time.

He added that the state allocated the district an additional $5.2 million from the Arizona School Facilities Board. That funding is meant to accommodate the growing student body at RRHS by expanding its facilities to allow for approximately 250 additional students.

“That is something that will allow us to do even more renovation and expand the high school, so that’s an exciting opportunity for us,” he said.

The pre-election voter information packet said that if the bond measure was approved, the owner of a home in the district assessed at $109,050 – the average value of a home in SCVUSD – could expect to pay $133 in secondary taxes per year as the debt is paid back over 19 years.

Asked what the tax impact would be under the two-part bond sale, Verdugo said it wasn’t immediately clear, since the interest rates on the bonds have not yet been determined.

The resolution passed Tuesday by the board stated that the interest rate on the bonds would not exceed 4.75 percent, and Verdugo said he’s hopeful the district will be able to obtain a fairly low rate.

“Whatever the interest rate, it would be dictated by the market, which right now is very, very good,” he said, citing low debt within the district, a stable administrative team and a strong local economy.

The district will also reconvene an override committee within the following weeks to determine whether to pursue the override increase in the elections this fall, Verdugo said.