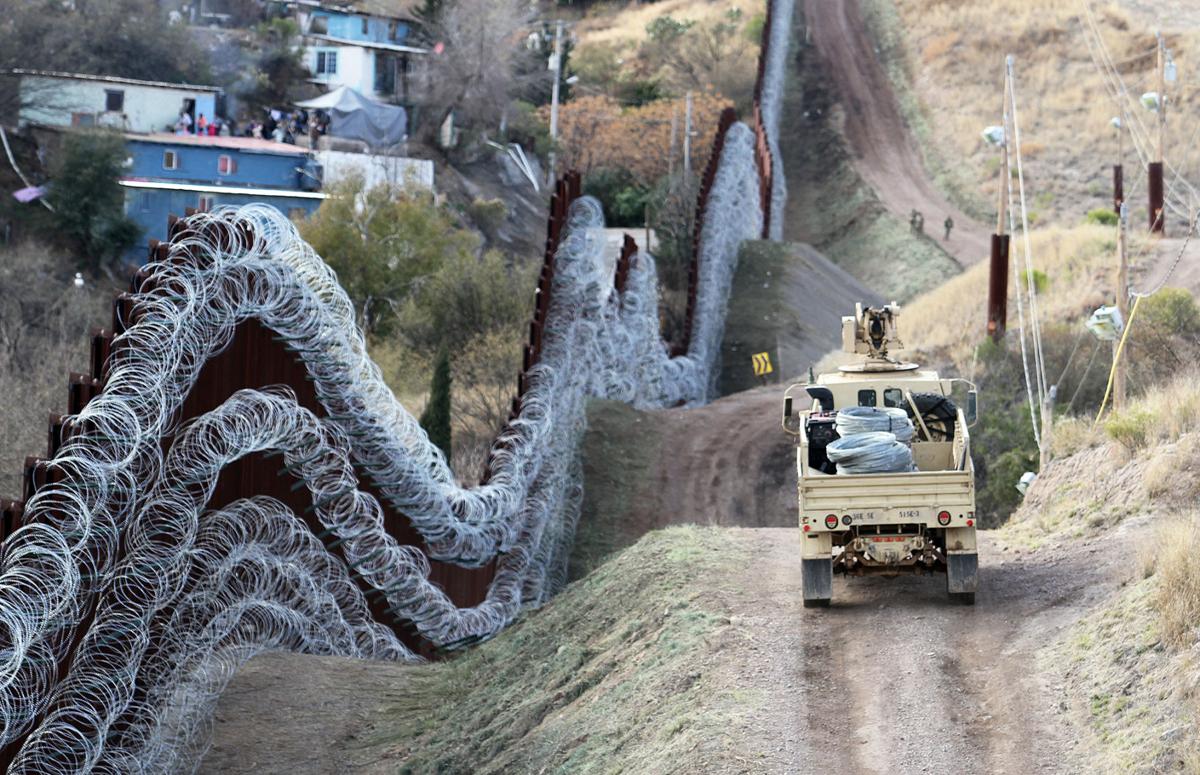 A military vehicle hauls concertina wire along a border access road on the west side of Nogales on Wednesday. 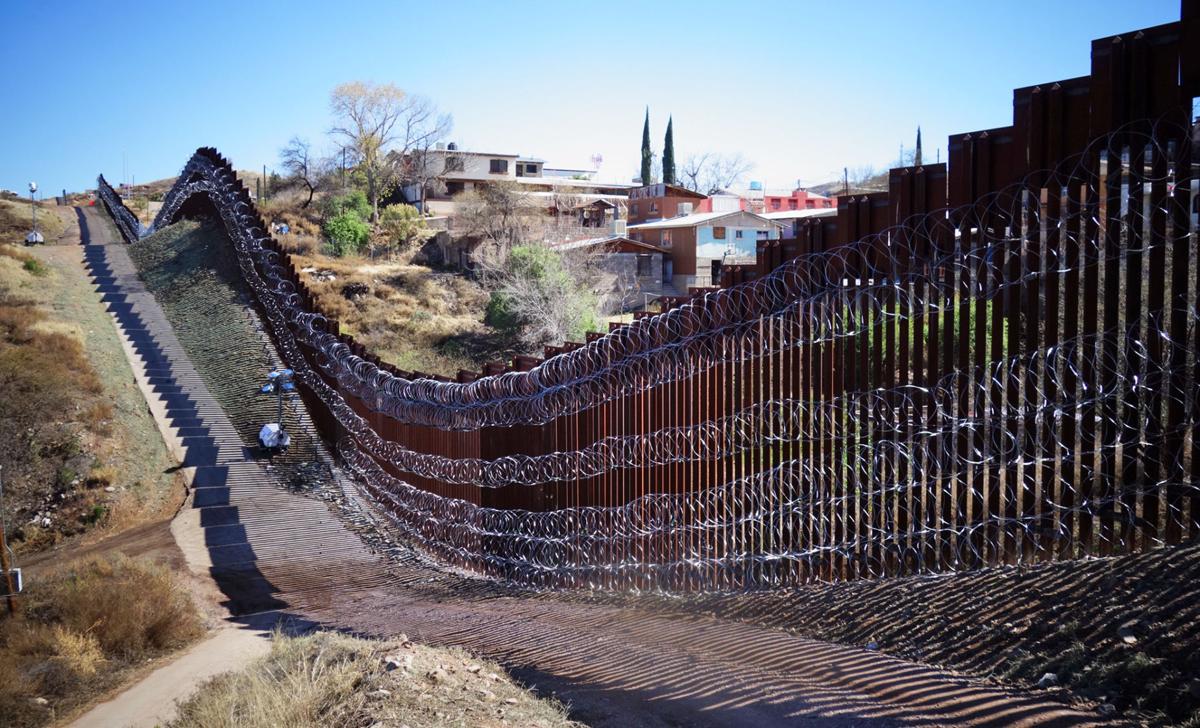 Six rows of coiled concertina wire cover the border fence at the end of North Short Street in Nogales on Thursday, Feb. 7. 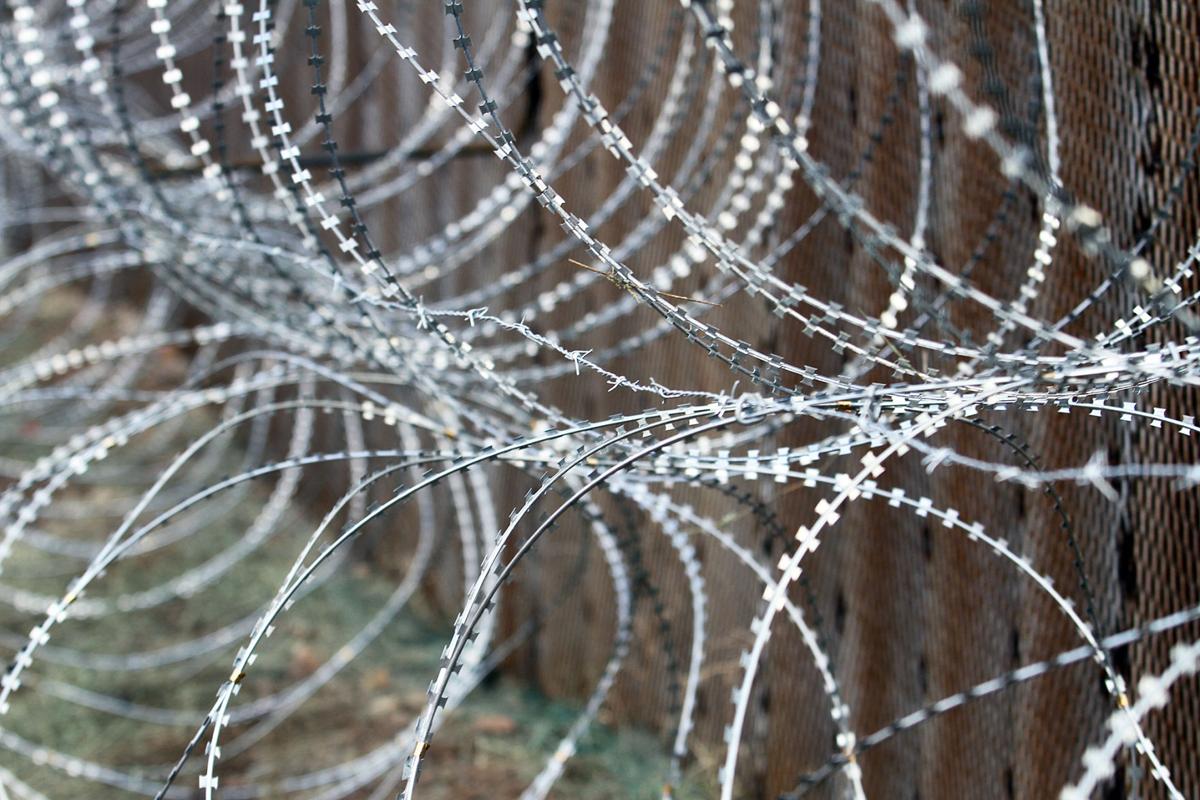 A close-up view of the concertina and barbed wire that now sits at ground level along the border fence facing a residential area on the west side of Nogales. 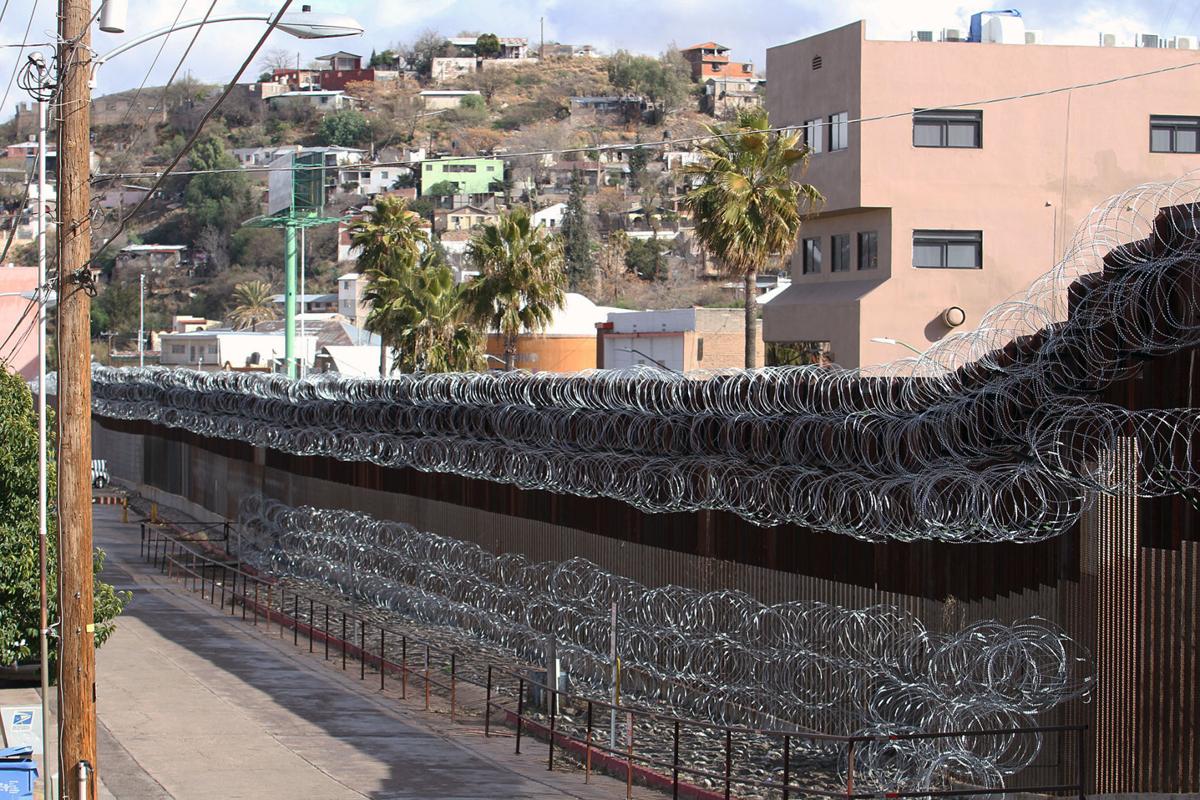 Six rows of concertina wire line the U.S. side of the Ambos Nogales border fence on Wednesday. 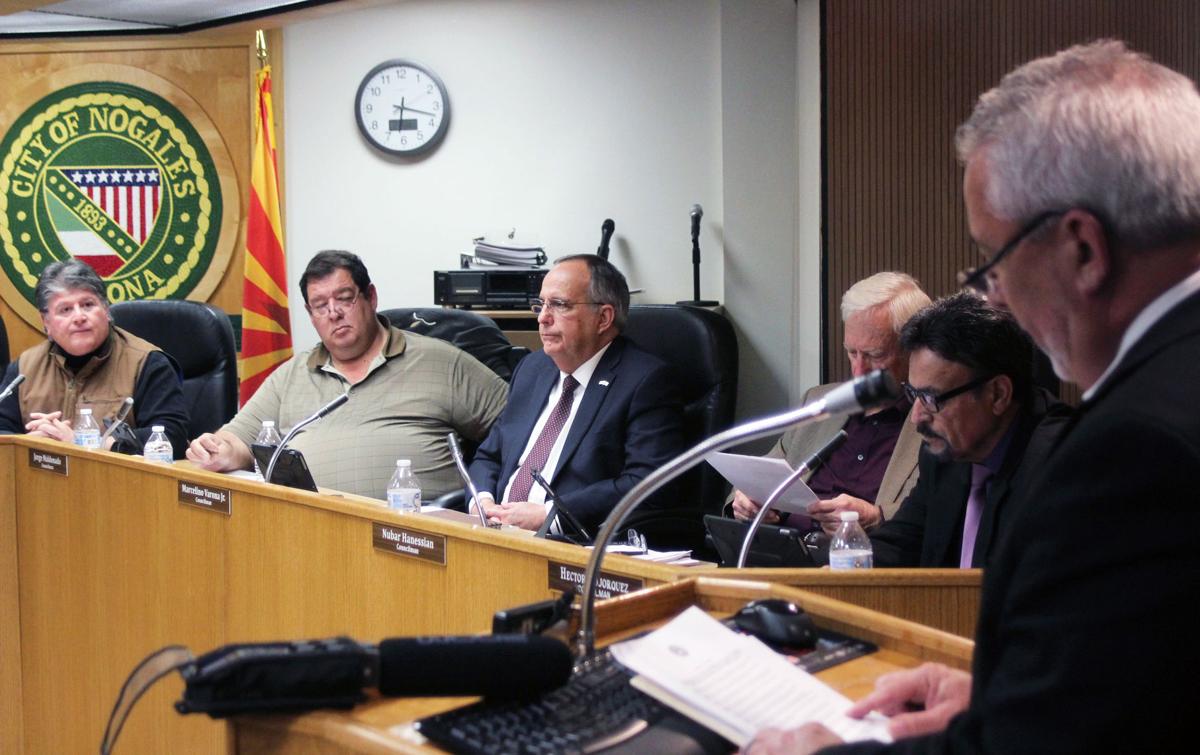 A military vehicle hauls concertina wire along a border access road on the west side of Nogales on Wednesday.

Six rows of coiled concertina wire cover the border fence at the end of North Short Street in Nogales on Thursday, Feb. 7.

A delegation of city leaders led by Mayor Arturo Garino walked out of a meeting with Border Patrol representatives on Wednesday afternoon after the Border Patrol officials said new barbed concertina wire installed on the border fence in town would not be removed, the mayor said.

Speaking at Wednesday night’s city council meeting, Garino said: “I don’t know why (Nogales is) being used as their concertina poster city. This is not right.”

Garino and the other six council members voted unanimously during the meeting to approve a resolution condemning the wire and demanding it be taken down. The mayor added that he would consider taking legal action to have the wire removed, though he did not specify what that action might entail.

Army troops arrived in Nogales on Election Day 2018 and began installing two rows of coiled concertina wire on the top of the border fence. They returned last weekend to add as many as four additional coils, covering the barrier from top to bottom in some places.

Garino responded on Monday by adding the anti-wire resolution to the council meeting agenda. He also complained that Border Patrol and U.S. Customs and Border Protection officials denied a request to meet with local authorities on Monday afternoon.

During the meeting, Garino said, the Border Patrol officials told him that their agency, not the Army, had made the decision to add more wire to the fence. And they said they have no intention of taking it down.

The mayor said that he had initially believed the request for the wire had come from Washington, D.C.

According to an emailed statement from a CBP spokesperson, the new wire was installed following a request for assistance from the Department of Homeland Security, though it did not say who in DHS initiated the request. In response to the request, the Department of Defense is currently installing four to six additional strands of wire in “high-risk urban areas commonly exploited by criminal smuggling organizations,” according to the statement.

Prior to the abrupt end of Wednesday’s meeting with the Border Patrol, Garino said, the officials told him that “rapists, murderers and child molesters jump through (the border fence),” echoing language used by President Trump.

The resolution passed by Garino and council on Wednesday calls the wire “lethal” and says the new installation puts it “in the immediate proximity of our residents, children, pets, law enforcement and first responders.”

“I really don’t know what they’re thinking by putting it all the way down to the ground,” Garino said in a phone conversation on Monday.

The CBP statement says that “several precautionary measures have been put in place,” including fencing, signs in English and Spanish, and restricted placement of wire in some areas. It notes that the wire is being installed on federal government property, outside of city land.

CBP confirmed the meeting Wednesday with city representatives, saying in the statement that the get-together was meant “to listen to concerns and explain the current concertina wire deployment and the requirements leading up to this action.”

It also said that in mid-November, CBP and Border Patrol leadership “met with local law enforcement leaders from Santa Cruz County, to include law enforcement and first responders from Nogales, to discuss this operation and the hardening of both the ports of entry (POE) and infrastructure between the POEs.”

A larger-than-normal crowd of citizens and media members turned out for Wednesday’s council meeting, and several audience members stood to applaud after Deputy City Manager John Kissinger read the full text of the council’s resolution aloud.

However, indications are that the militarization of the border is ramping up.

The Department of Defense announced on Sunday that it plans to deploy 3,750 additional soldiers to the Southwest border, where they’ll put up 150 more miles of concertina wire and help U.S. Customs and Border Protection with surveillance. They’ll join active-duty troops already in the region since the Trump administration’s initial deployment last October, bringing the total number of soldiers on the border to 4,350.

Councilman Marcelino Varona, Jr. said Wednesday that Nogales is among the safest communities in the state, adding that the installation of the wire was “just to make a point at our expense.”

Before the council voted on the resolution, Garino instructed City Attorney Luis Parra to file Freedom of Information Act requests for videos and statistics related to illegal border crossings in Nogales, saying: “We’re going to go for a lawsuit.”

In a conversation after the council vote, the mayor clarified that a lawsuit would be his last option, but said he would consult with city attorneys about possible avenues for legal action.