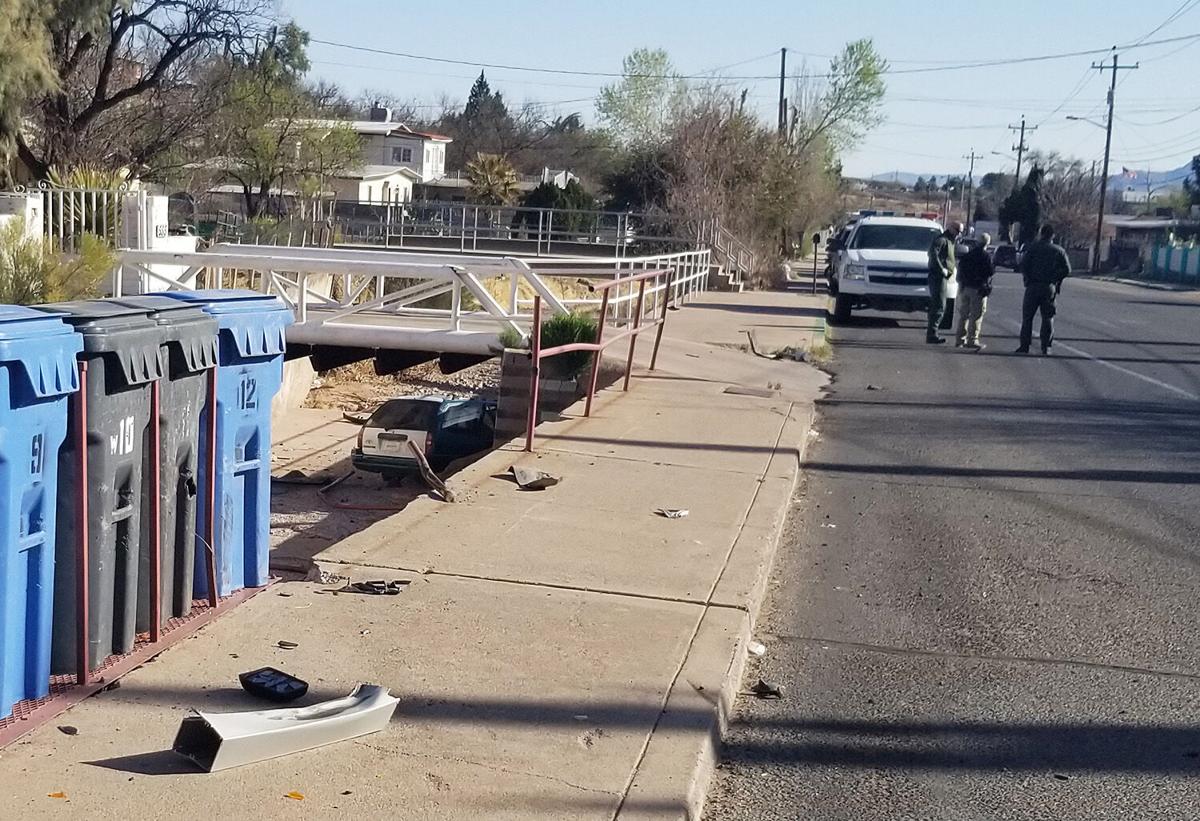 The vehicle seen at left ended up in the bottom of the Western Avenue wash after crashing through a railing. 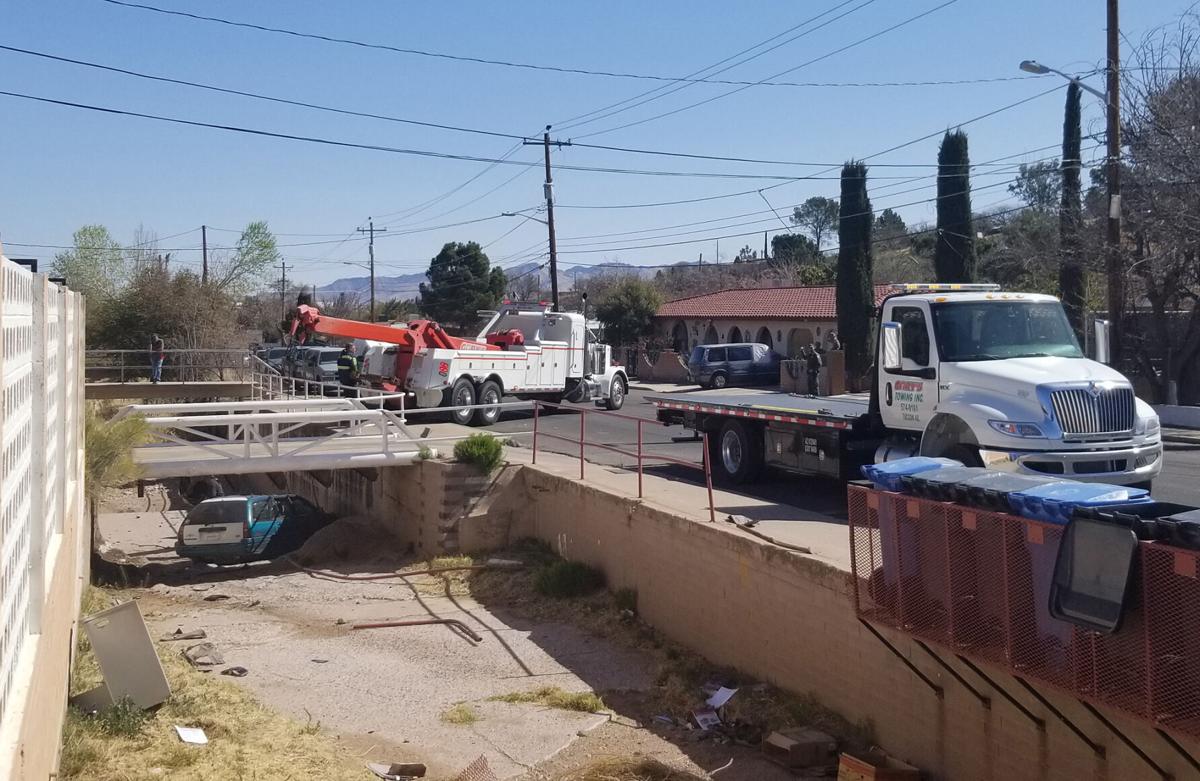 Tow vehicles arrive at the scene to remove the car from the wash.

The vehicle seen at left ended up in the bottom of the Western Avenue wash after crashing through a railing.

Tow vehicles arrive at the scene to remove the car from the wash.

Late Sunday night, Border Patrol agents started pursuing a car on Western Avenue in Nogales for “failure to yield,” according to a statement from the agency.

Not long after federal agents got on its tail, the car, which had three occupants, veered off the roadway, crashed through a mailbox and guardrail and eventually came to a stop after falling into the Western Avenue wash near the Cypress Trailer Park.

A photo taken Monday morning by a local citizen showed crews preparing to extract the vehicle, which looked like an older model Ford Taurus, from the deep concrete culvert that runs along Western Avenue.

The crash sent the driver and two passengers to the hospital, according to Nogales Fire Department Chief Jeff Sargent, whose department provided medical care.

A 21-year-old man was brought to Holy Cross Hospital in Nogales with a head injury, while two women ages 25 and 46 were flown by helicopter to Tucson for medical treatment – the 25-year-old for a head injury and the 46-year-old for head and neck trauma.

But in the statement, U.S. Customs and Border Protection, the parent agency of the Border Patrol, said its office of professional responsibility also responded to the scene to begin its own investigation of the incident.

The Border Patrol said the pursuit began at approximately 11:45 p.m. Sunday, and NPD call logs show that the agency called local police about the crash at 11:39 p.m. Sargent said NFD was dispatched to the scene at 11:43 p.m.

The federal agency said all three occupants were in Border Patrol custody pending prosecution on human smuggling charges, though they didn’t specify the nationality of the individuals.

NPD responded to the scene to document property damages from the incident, and a spokesman said a guardrail and mailbox had been damaged.