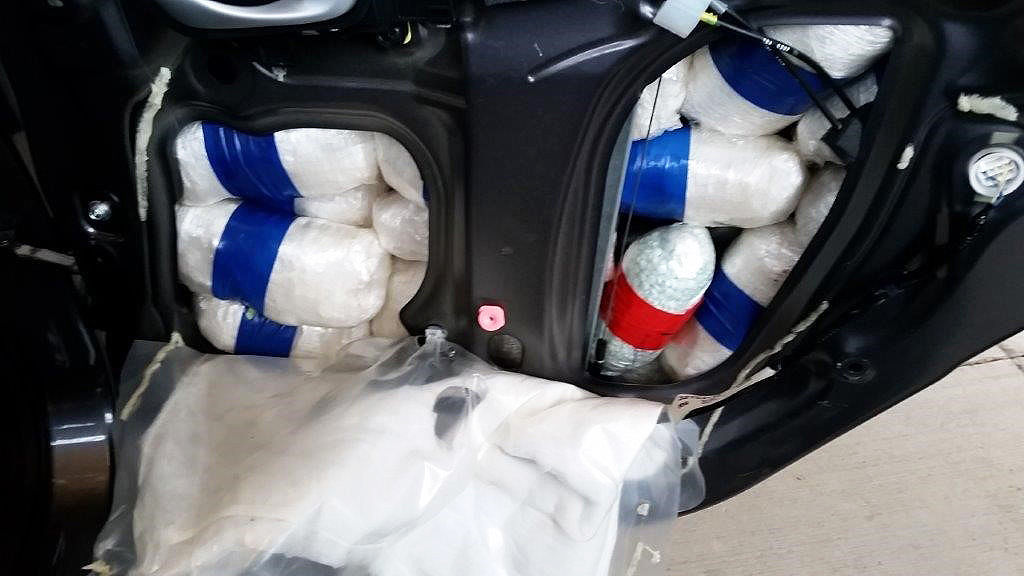 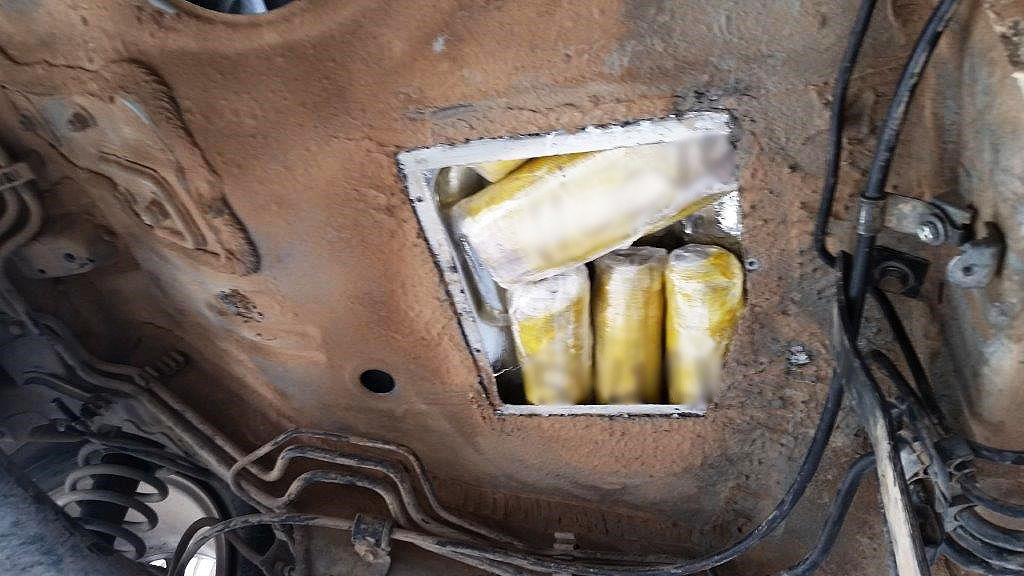 Some of the drugs were hidden in the undercarriage.

Some of the drugs were hidden in the undercarriage.

A 56-year-old Mesa woman was busted at the Mariposa Port of Entry with more than $3.5 million worth of hard drugs, authorities said.

The incident happened on July 20 when the woman attempted to re-enter the United States from Mexico in a Honda sedan, U.S. Customs and Border Protection said in a news release.

A CBP officer referred her for further inspection of the vehicle, and a search led to the discovery of a combination of illegal narcotics hidden throughout the car, the agency said.

The drugs were identified as almost 121 pounds of heroin worth nearly $3.26 million, nearly 65 pounds of meth valued at approximately $194,000 and just more than five pounds of fentanyl worth $69,000.

Officers seized the drugs and vehicle. The woman, whom CBP did not identify, was arrested and turned over to federal investigators.