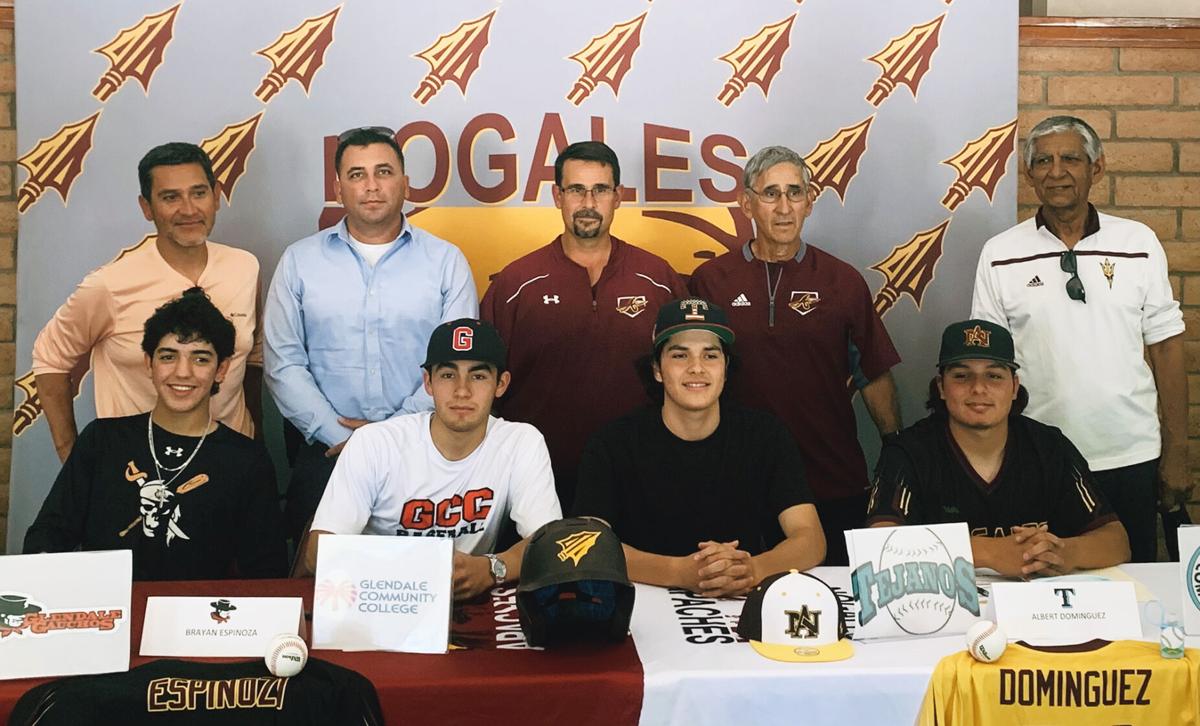 With their coaches standing behind them, four NHS baseball players pose for photos after signing their college letters of intent. From left: Emilio Caballero, Brayan Espinoza, Albert Dominguez and Brian Garcia. 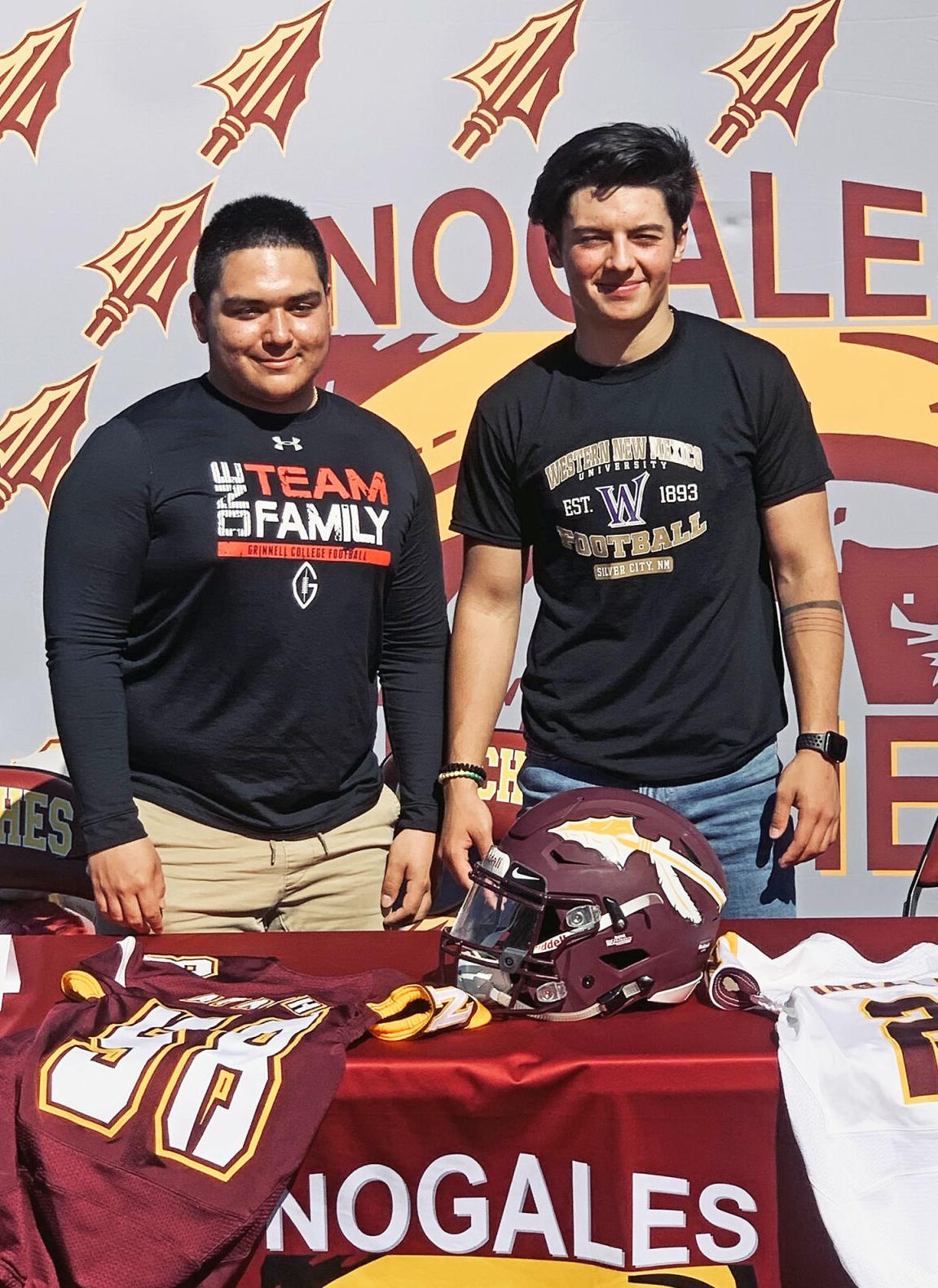 Rene Urias, Jr., left, and teammate Ricky Hanlan were honored at a ceremony on May 12 at Apache Stadium.

On May 12, Rene Urias Jr. formalized his commitment to Grinnell College in Grinnell, Iowa during a ceremony at Apache Stadium.

Urias is planning to play football for the Grinnell Pioneers, who compete at the NCAA Division III level as a member of the Midwest Conference.

During the same ceremony, Ricky Hanlan, a fellow senior member of the NHS football team, was recognized for his commitment to Western New Mexico University in Silver City, N.M.

Then on May 13, four baseball players at NHS signed their letters of intent during a ceremony in the lobby of the school auditorium. They were: