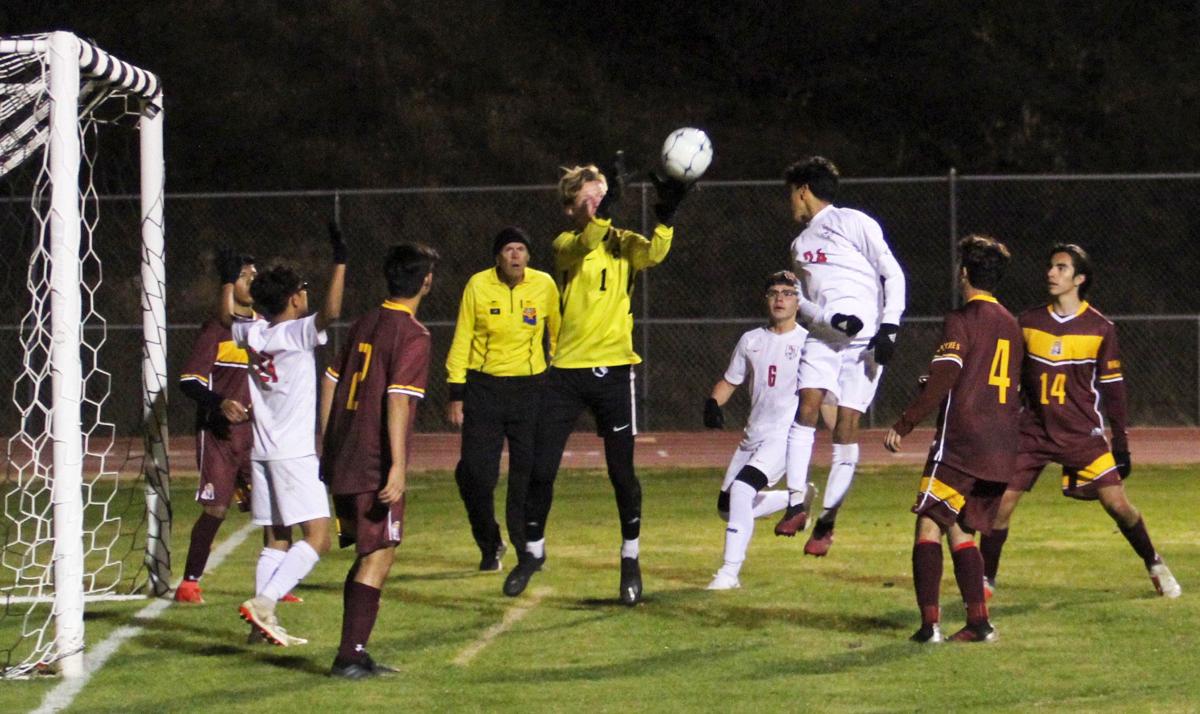 Nogales goalkeeper Nickolas Molina controls a ball in the box. 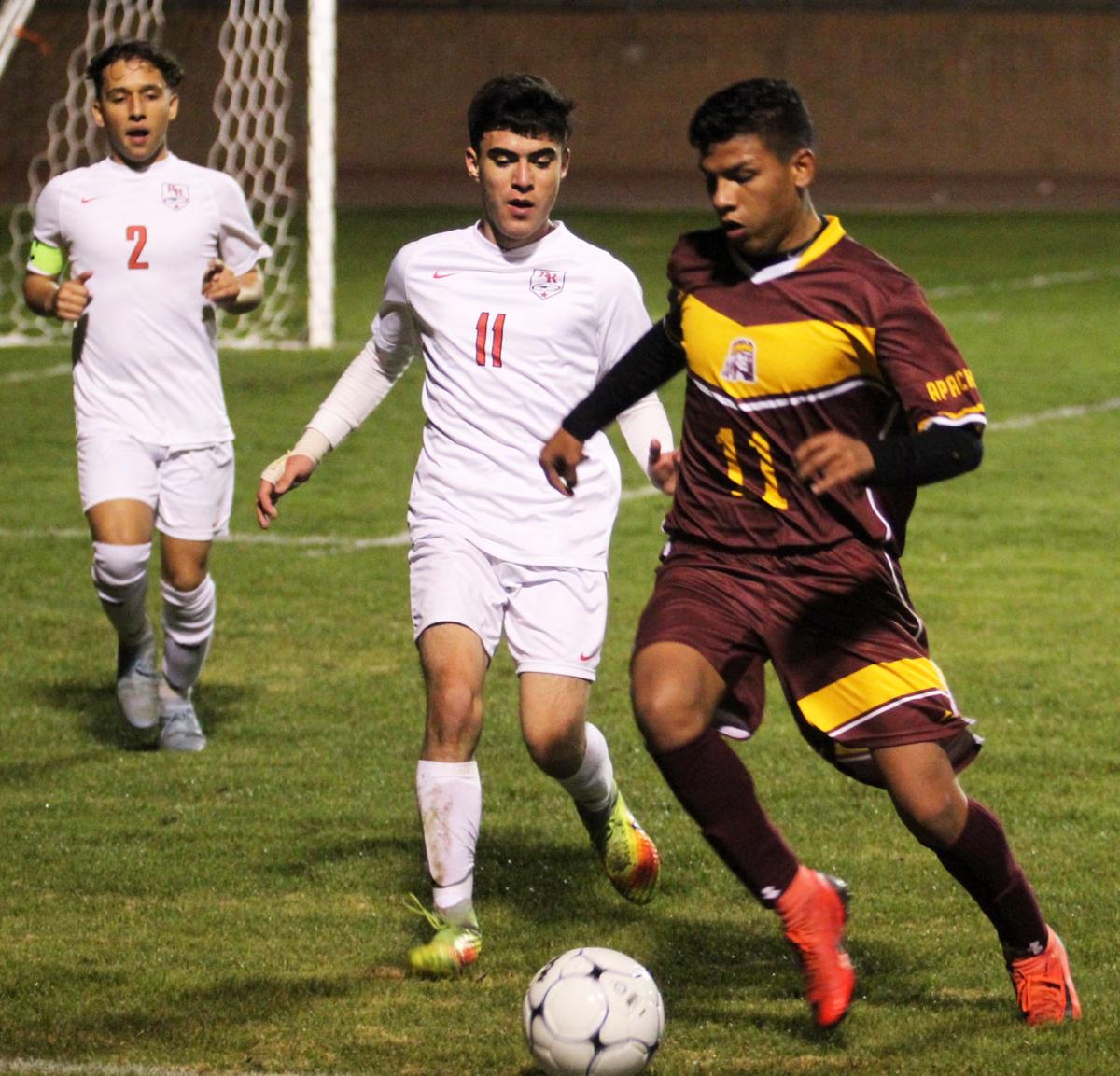 Rio Rico’s Angel Duarte looks to defend against Joseph Armenta of Nogales, right, near the sideline. 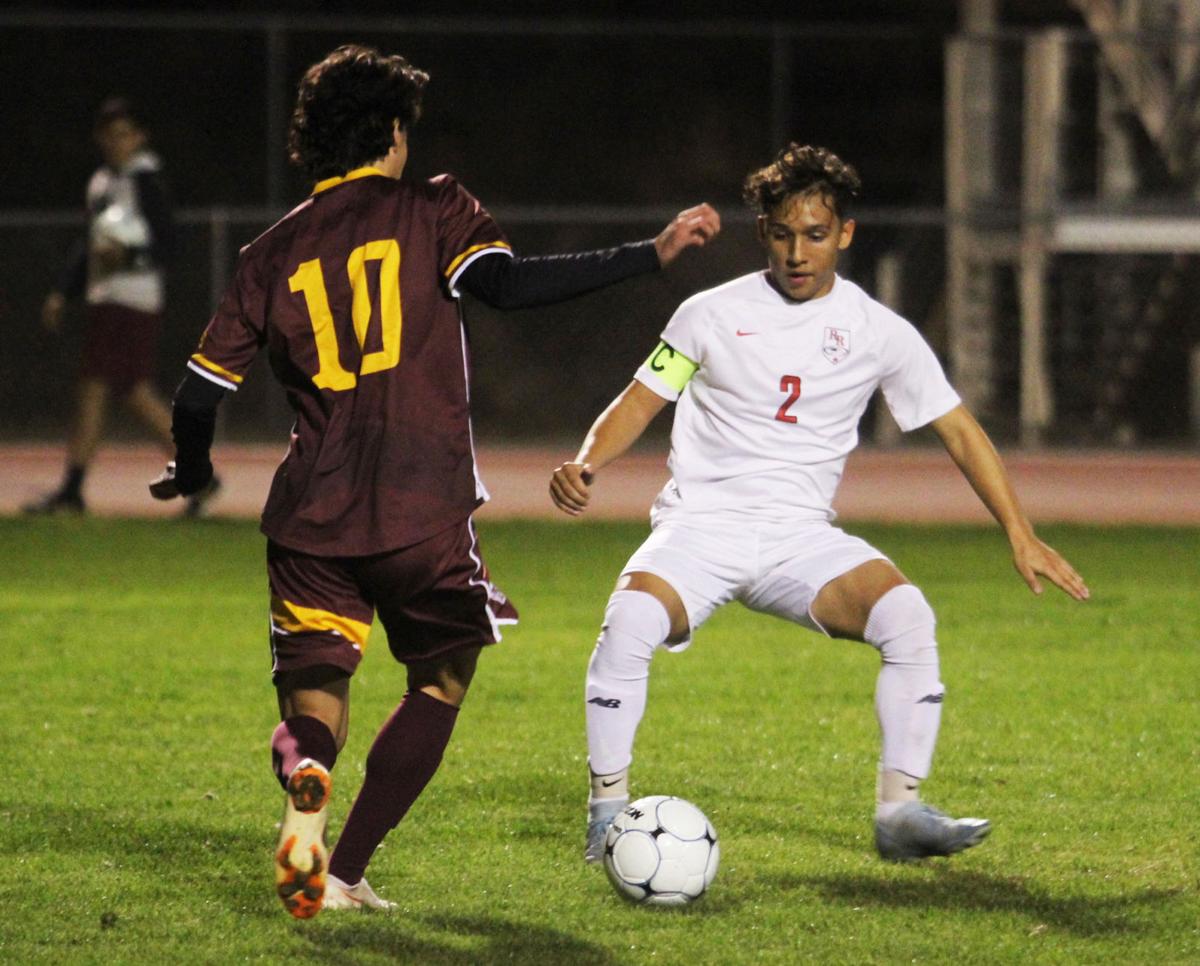 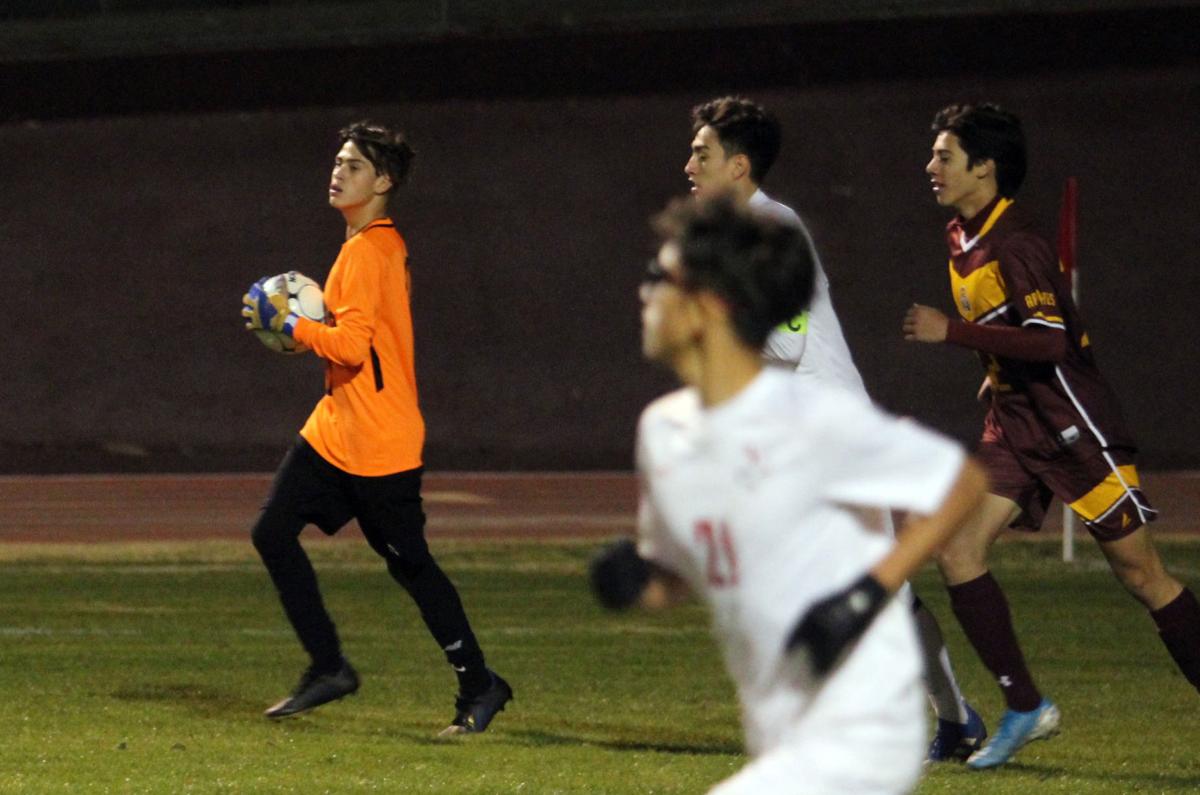 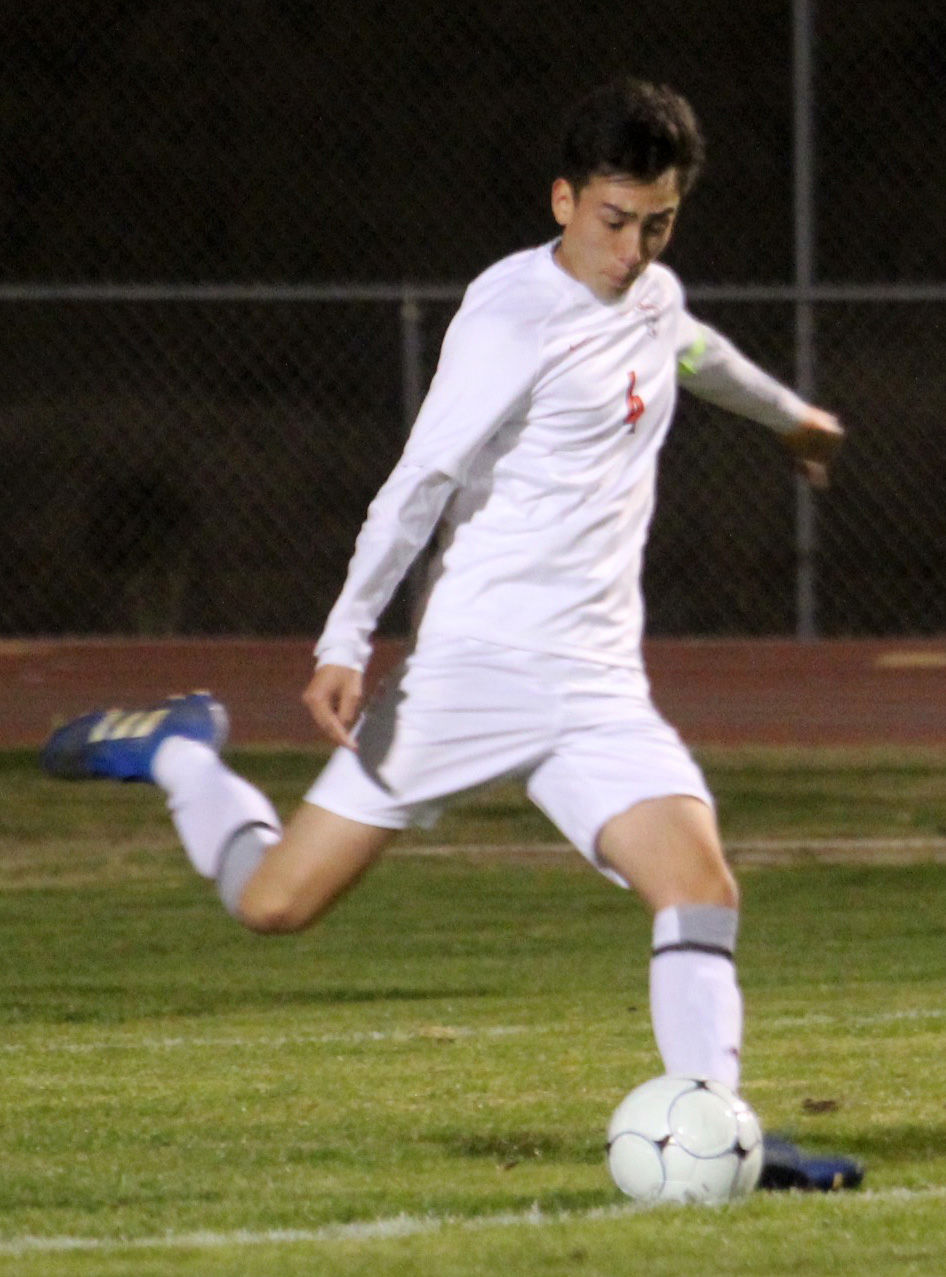 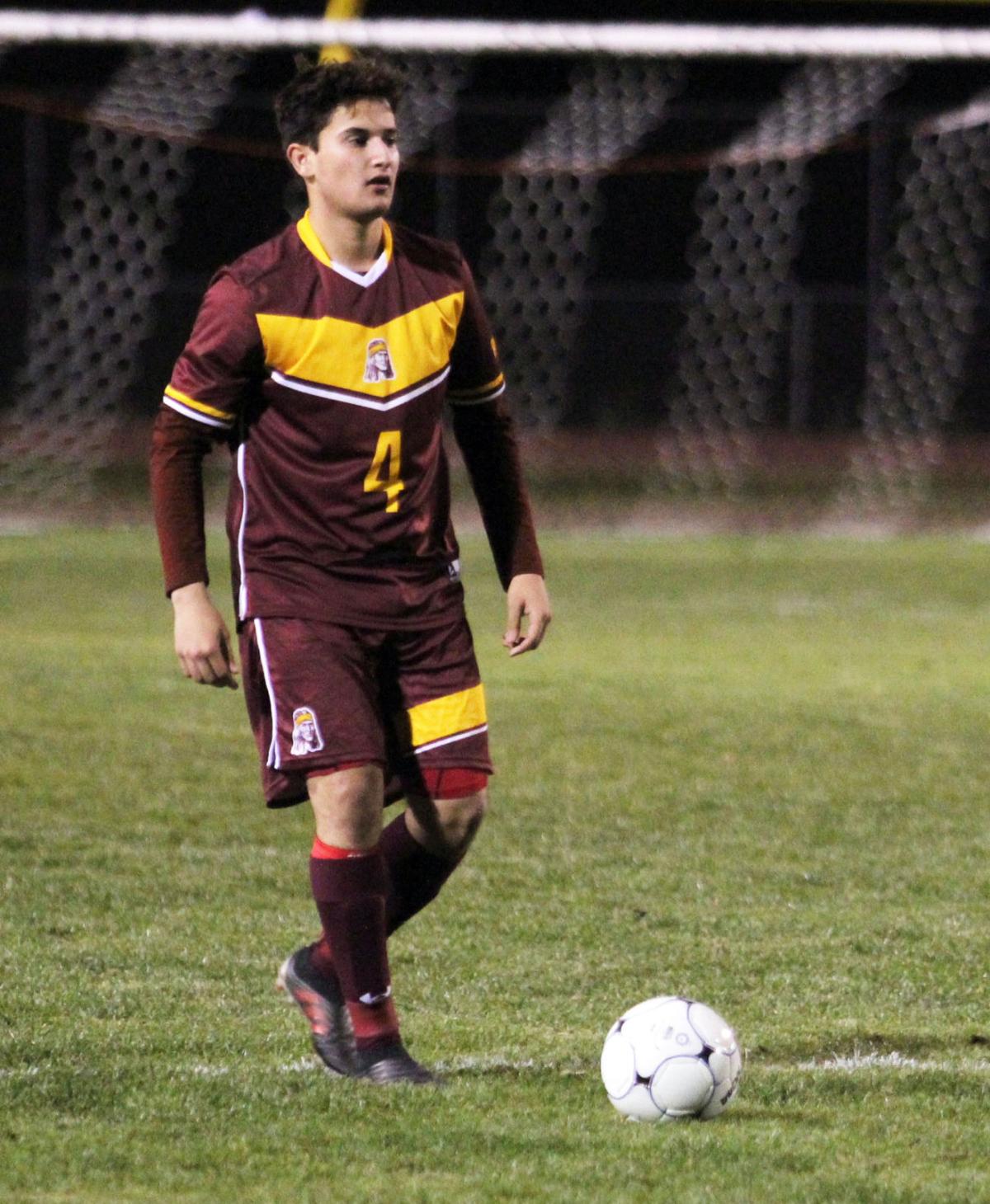 Nogales goalkeeper Nickolas Molina controls a ball in the box.

Rio Rico’s Angel Duarte looks to defend against Joseph Armenta of Nogales, right, near the sideline.

“I just wanted a victory over Rio Rico,” said Apaches coach Armando Romero-Davis. “The kids put in a good effort and I’m happy with the result.”

The Apaches controlled play from the opening kick-off, but the Hawks defense and goalkeeper Alejandro Flores held them scoreless for the first 30 minutes.

Then, with 9:58 left, Nogales unleashed a flurry of three goals in just over two minutes.

Eric Page connected on a long free kick, Steven Yubeta scored on a fast break after a teammate floated a pass over the Rio Rico defense, and Carlos Armenta dropped to the pitch to score on a redirection from inside the box.

“They lost concentration after that goal,” Rio Rico coach Jimmy Navarro said of his players.

The Hawks coach changed the line-up at the beginning of the second half and said he encouraged his players to be “more aggressive instead of waiting.”

That brought a quick result, with Omar Vasquez taking advantage of a ball behind the Apaches defense and notching a goal for Rio Rico with 35:50 remaining.

In the second half, Navarro said, “my players did a great job, they fought for the ball, they scored.”

But Nogales contained the Rio Rico attack after that goal, holding them scoreless for the rest of the game.

Romero-Davis credited Page, a senior defender, and senior midfielder Gabriel Barraza for helping the Apaches stay in control of the game.

And Nogales notched another insurance goal with 2:45 remaining in the game, when Joseph Armenta crossed a ball from the left goal line into the box and found Eduardo Olivarria, who placed a header into the far side of the net.

“One goal would have been enough, so with more than one advantage, it’s even sweeter,” Romero-Davis said.

The win came in the first game of the regular season for the Apaches, who went 3-1-1 in a preseason tournament at Amphitheater High School in Tucson. They have three away games scheduled before their next home contest, at 6 p.m. Jan. 9 against Walden Grove.

The Hawks fell to 0-2 in the regular season with the loss. They play at Cholla on Dec. 12 and don’t play again until Jan. 7, when they host Flowing Wells starting at 6 p.m.