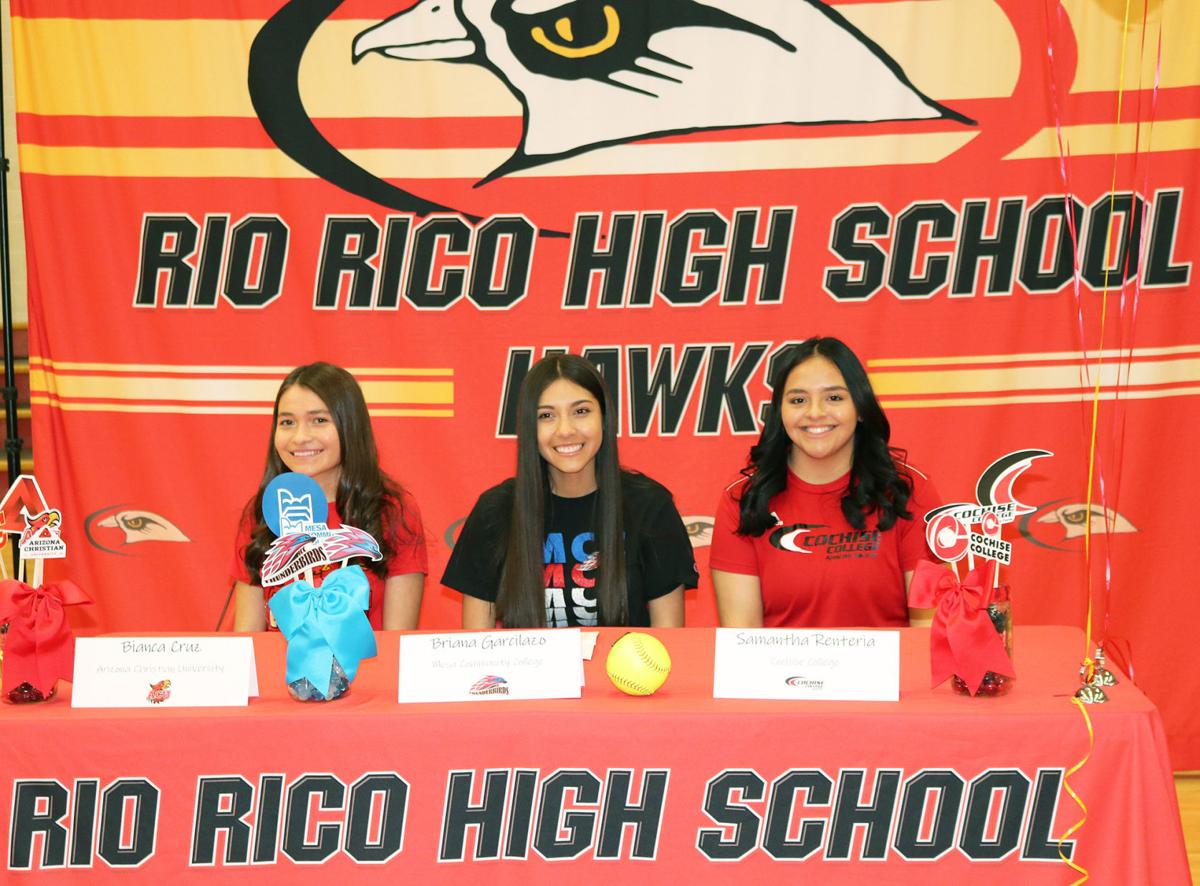 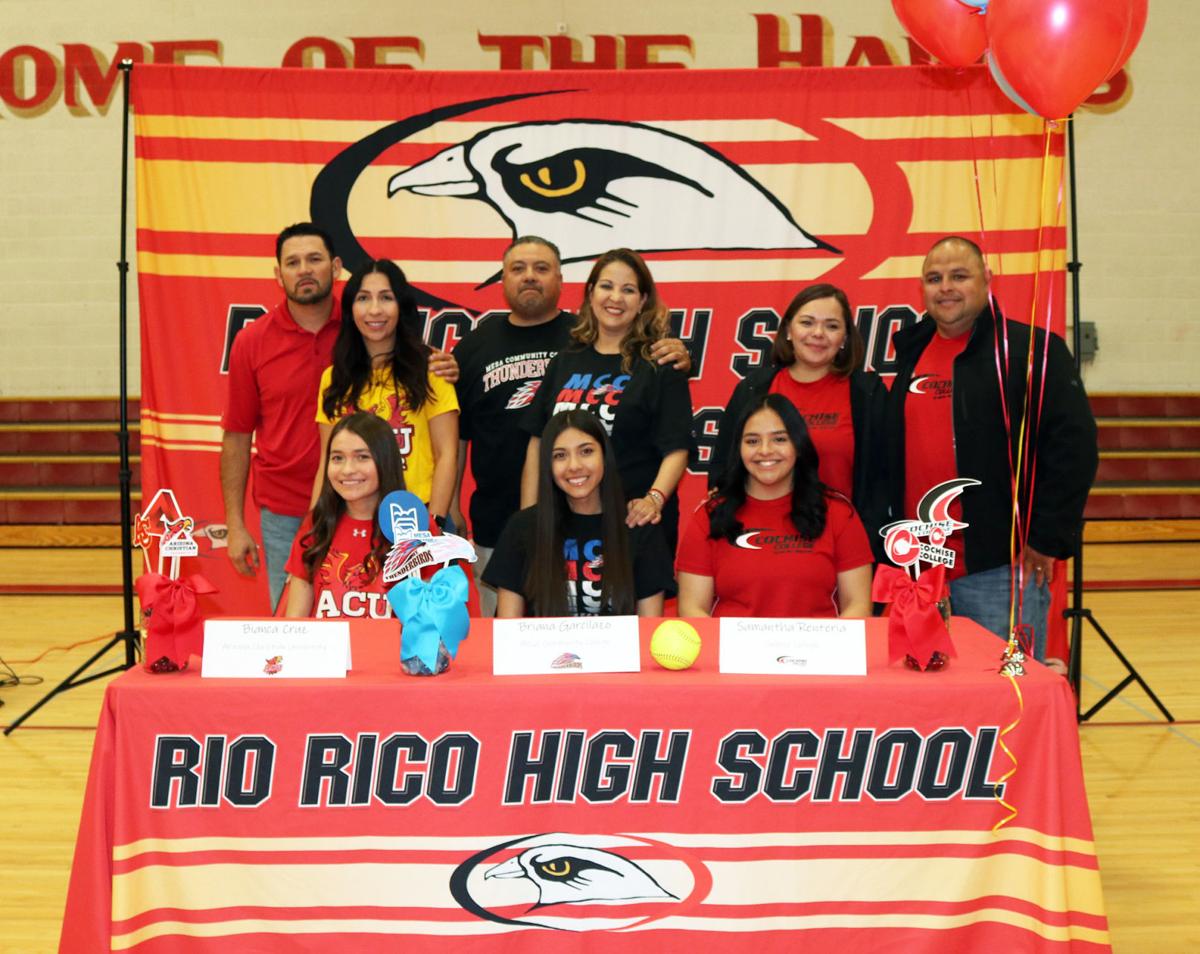 Three Rio Rico High School student-athletes are set to play and study at the next level after signing college letters of intent on Wednesday.

“These are three amazing young women who are gifted not only in athleticism, but with their character,” Associate Principal John Fanning told the crowd of students, family and friends gathered at the school gym for the signing ceremony. “I’m here to tell you, without parental and community support, these girls would not be here today.”

Renteria, a goalkeeper who plans to study nursing at Cochise, said she was won over both by the school’s soccer program and its scholastic offerings.

“They have a really great nursing program and their soccer program won their conference and Coach (Bobby) Peters won Coach of the Year,” she said.

A four-year varsity player at RRHS, Renteria was a first-team all-4A Gila Region selection as a sophomore and a second-team all-region performer as a freshman and junior. Recognitions for this season are still pending.

Hawk coach Danny Rodriguez called her “fearless, strong, committed and tenacious,” adding: “Those are all the qualities for a goalkeeper.”

Cruz was a first-team all-region soccer player as a freshman and sophomore, and was named to the all-region second team as a junior. However, an injury forced her to miss her senior season at RRHS.

Coach Rodriguez said the fact that Cruz missed her senior year and still earned an opportunity to play at ACU, a four-year university in Phoenix that competes in the NAIA, is a testament to her talents.

“Bianca is both humble and modest,” he said. “She is also hardworking and leads by example.”

Cruz said she plans to study psychology at ACU.

“It’s not a big school. Everyone is going to be connected,” she said, noting that her sister Veronica, a 2016 RRHS graduate, plays soccer there.

“I want a chance to play with her,” she said.

Garcilazo was a second team all-region softball selection last year after carrying the bulk of the pitching load for the Hawks, throwing 48.1 innings in 12 appearances. She also batted .450.

At Mesa, she’ll pitch, play first base and study nursing with the idea of eventually become a scrub nurse, she said. As for why she picked Mesa, she said: “I just really liked the campus. I liked that it was close to home most of all.”

She attributed her success to this point to her dedication and the support of her family. In fact, her father Martin is also her softball coach at Rio Rico.

“She is a very special person – not only a team leader but a great motivator always helping and supporting the rest of the team,” Martin Garcilazo said of his daughter.