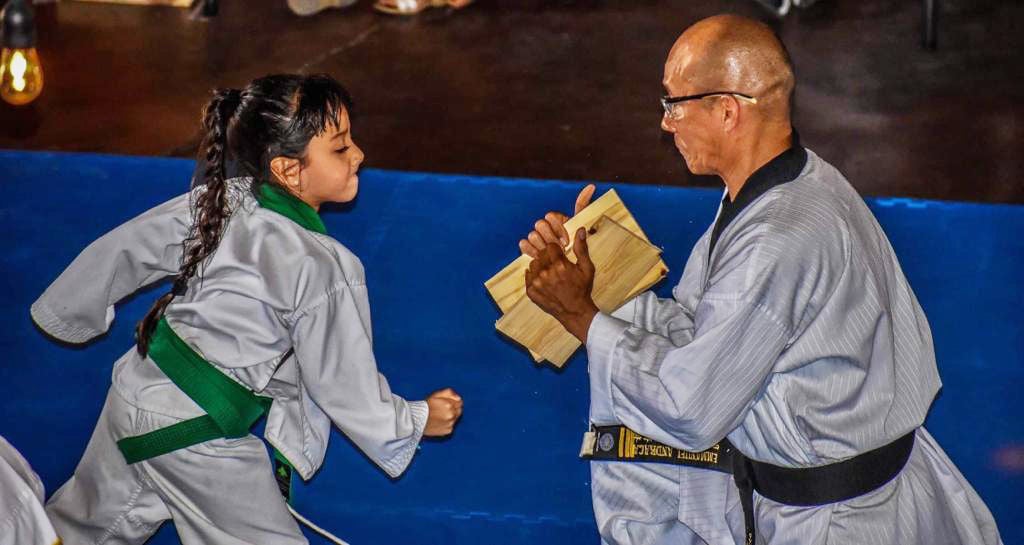 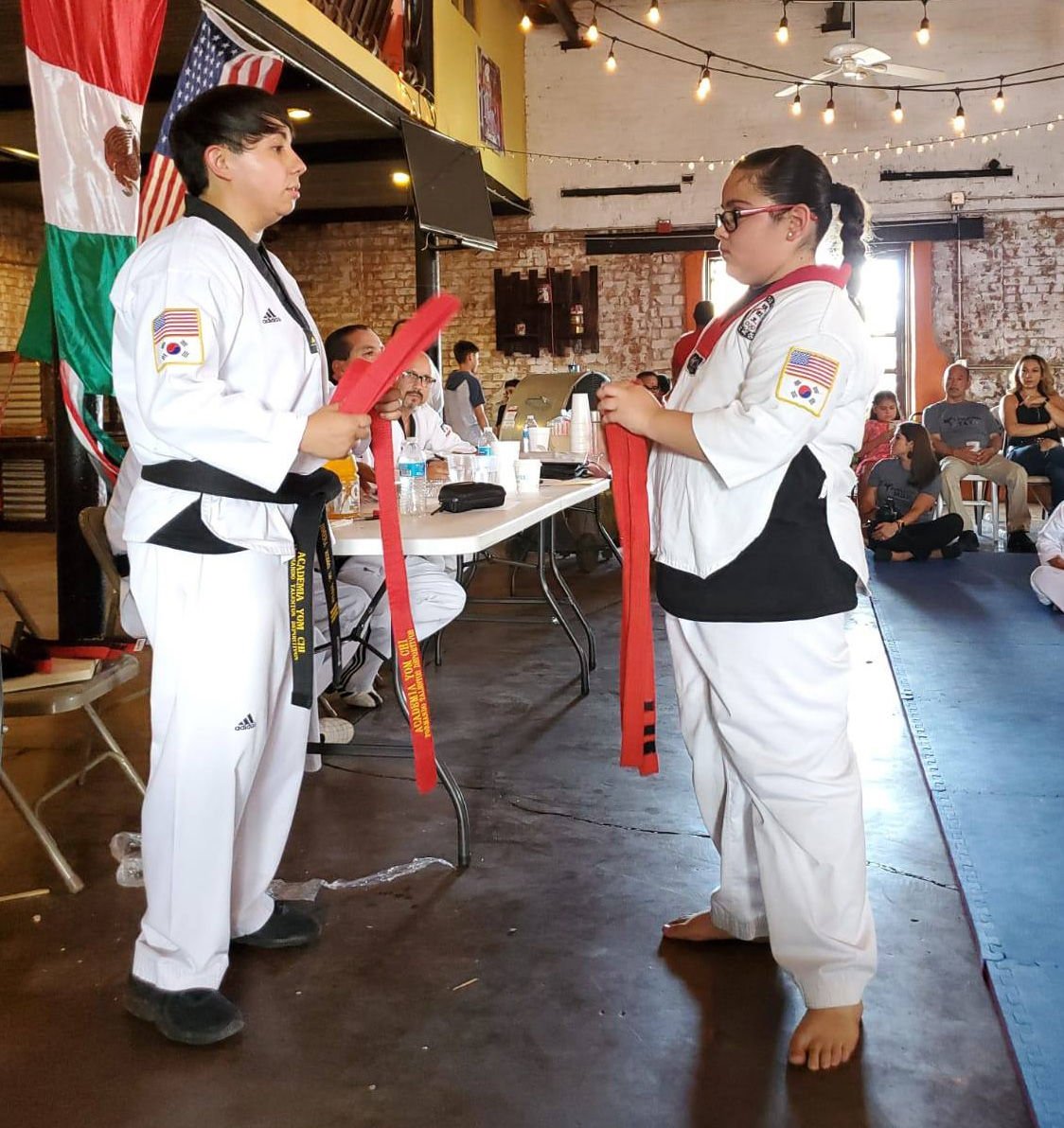 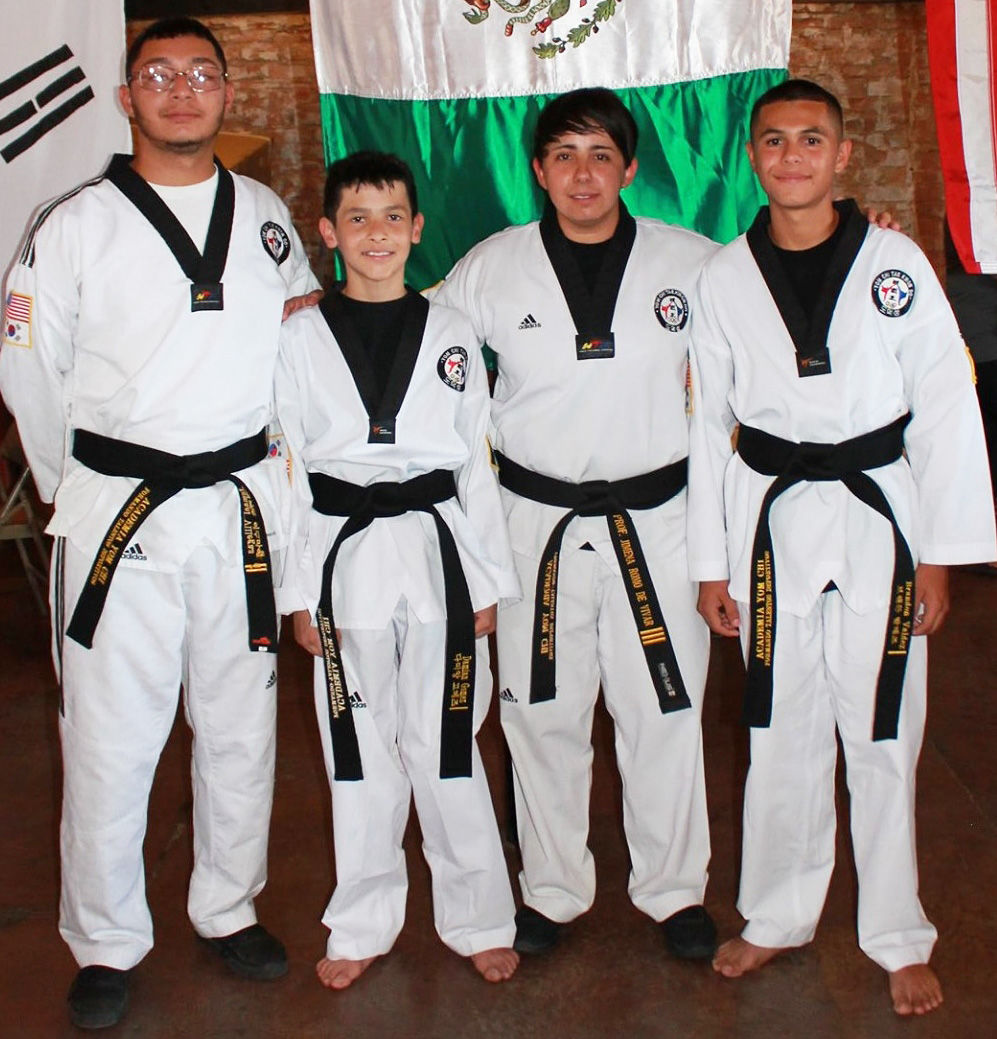 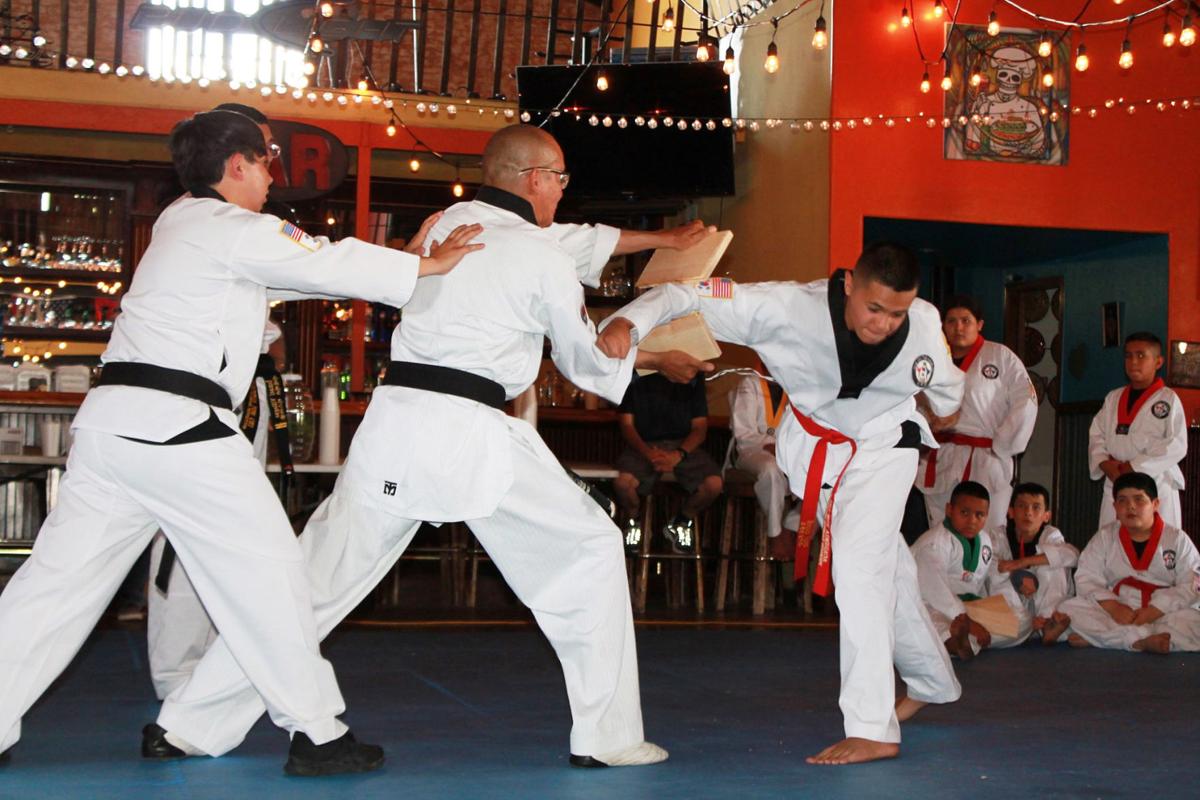 Brandon Valdez, who was one of two students to receive his black belt certification, displays his board-breaking prowess. 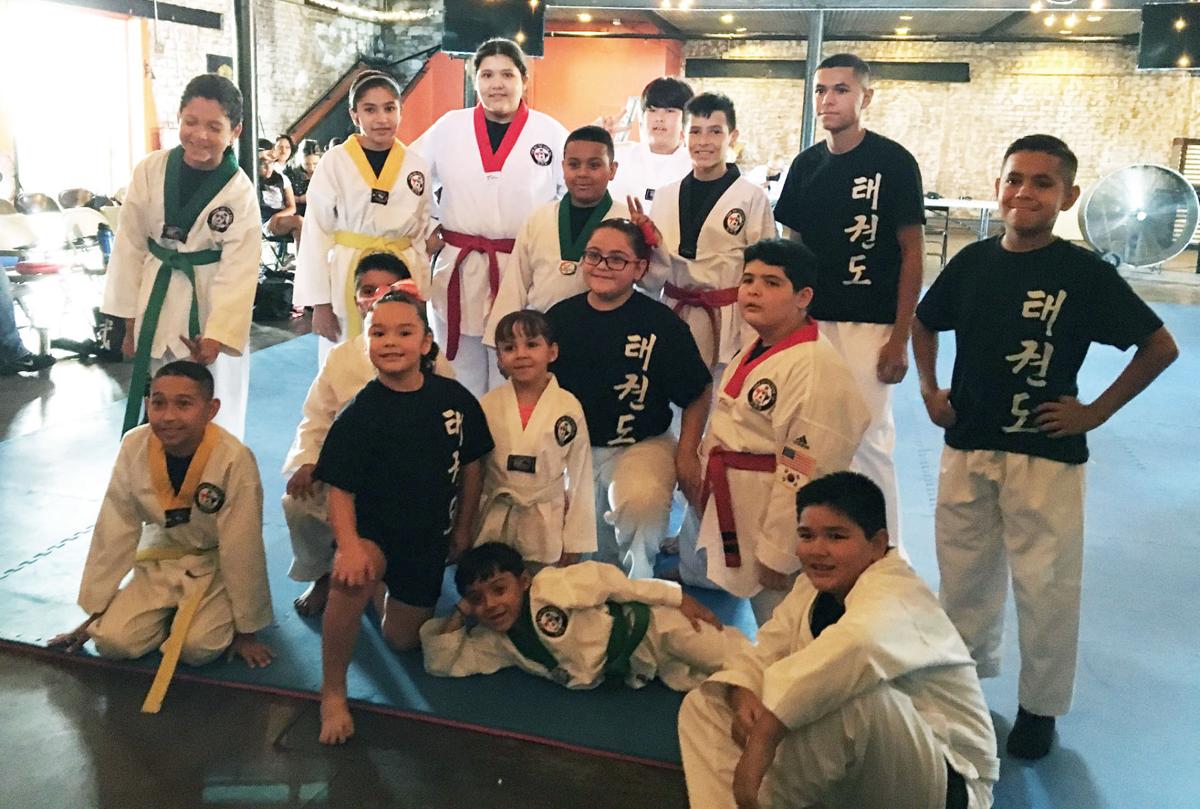 The students relax for a moment before beginning the test.

Damian Gomez, seen here board-breaking, was one of two students to receive his black belt certification. 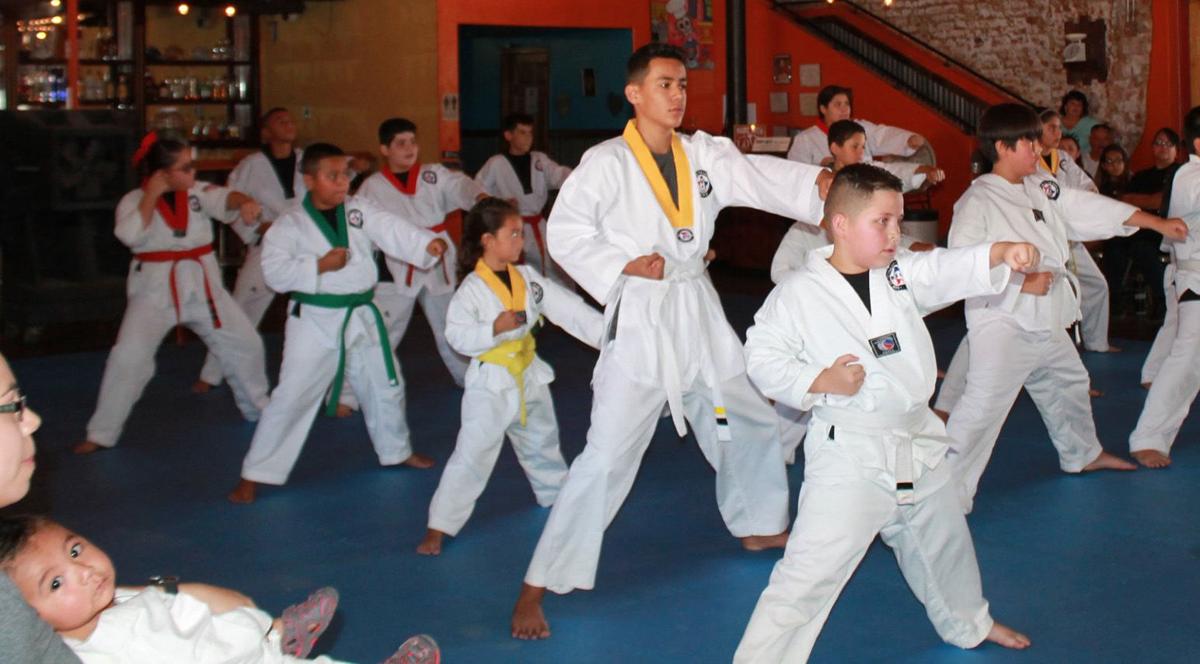 The students in action. 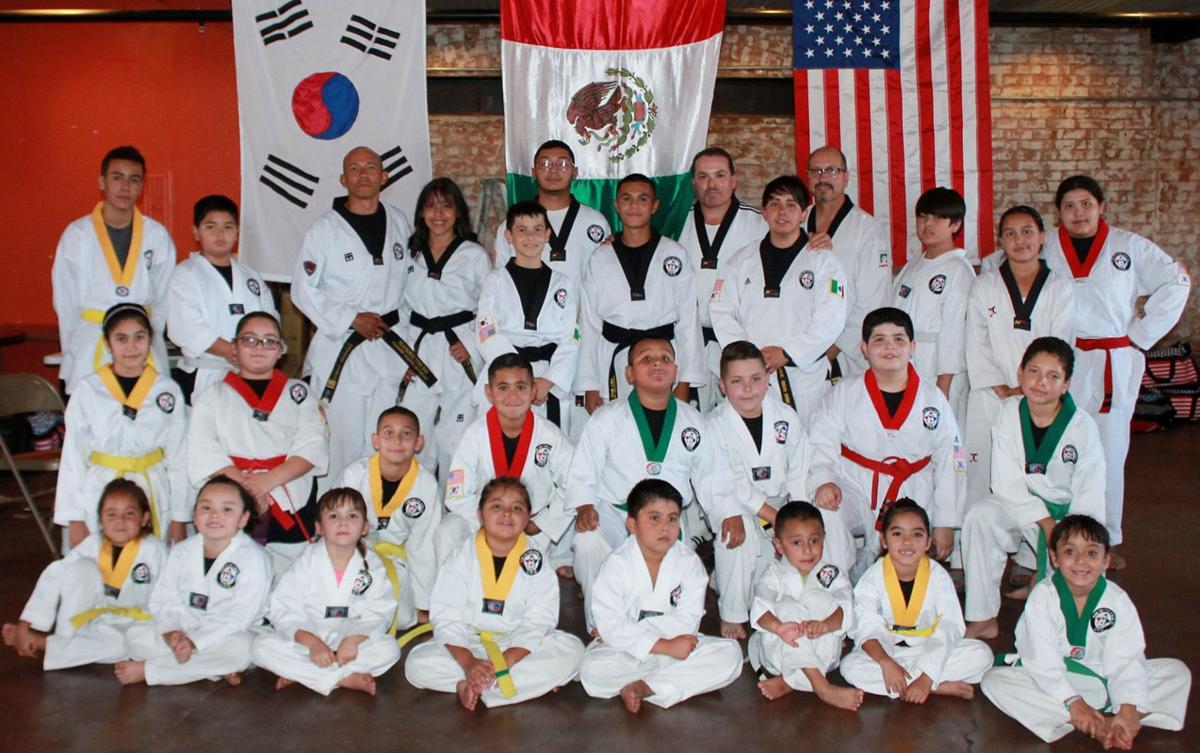 The students and masters from Jaguares Yom Chi Taekwondo. 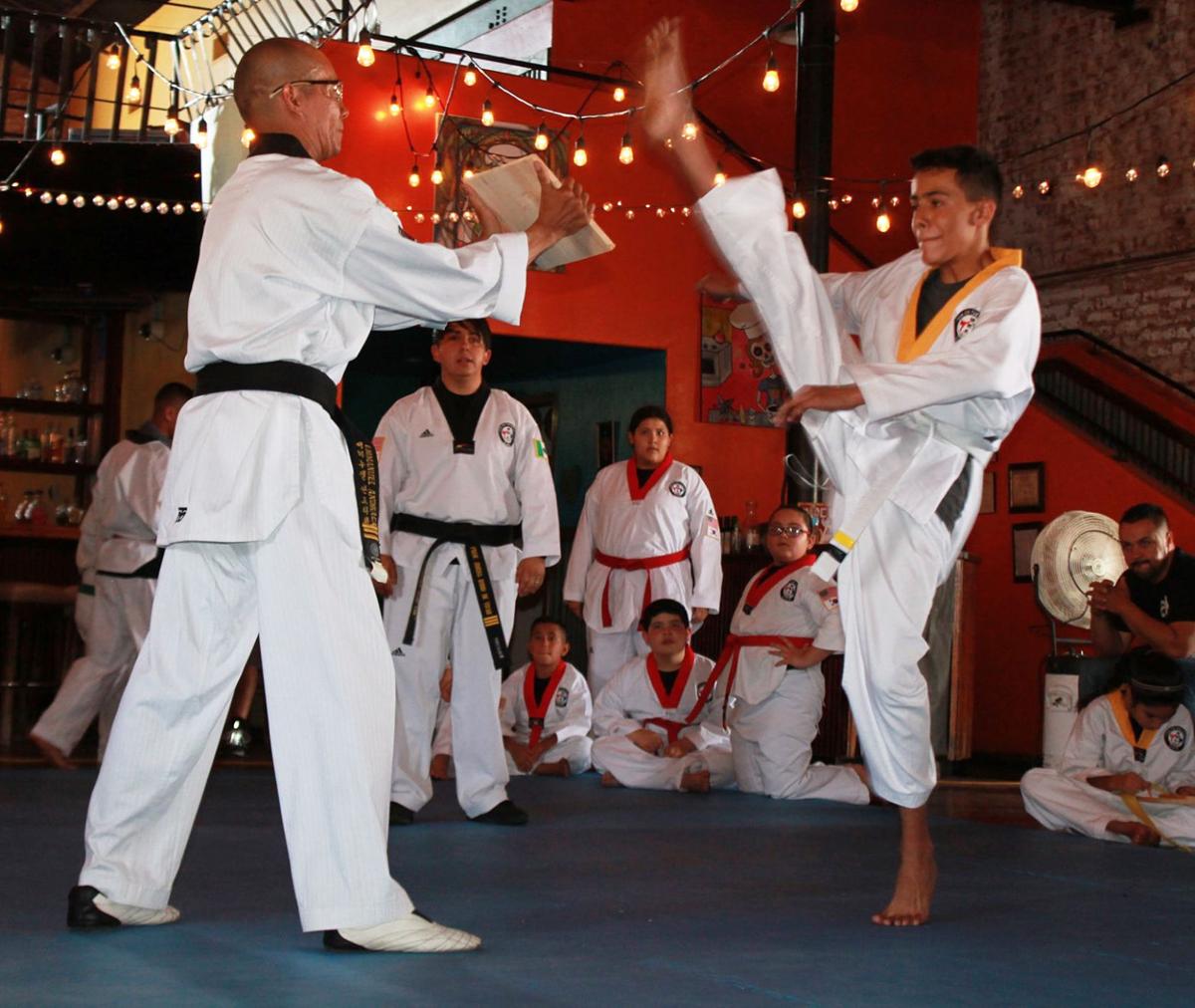 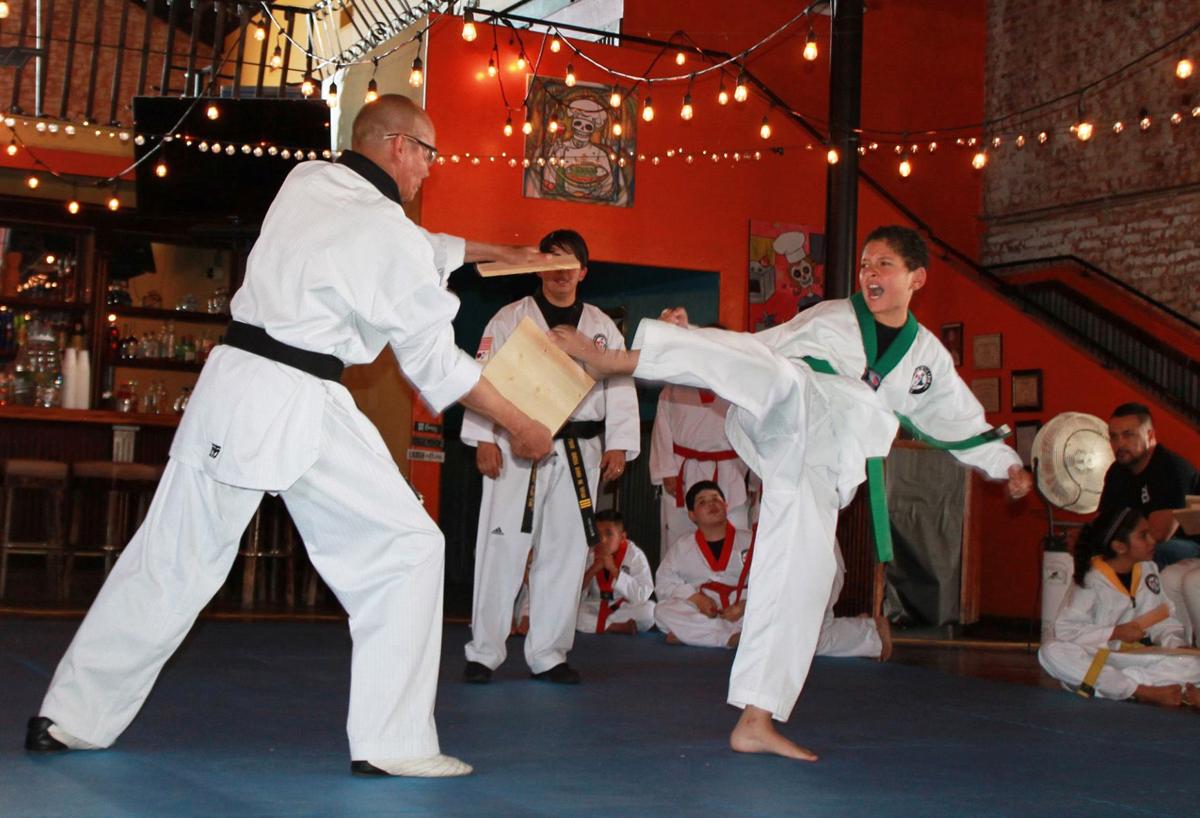 Max Machado breaks a board. 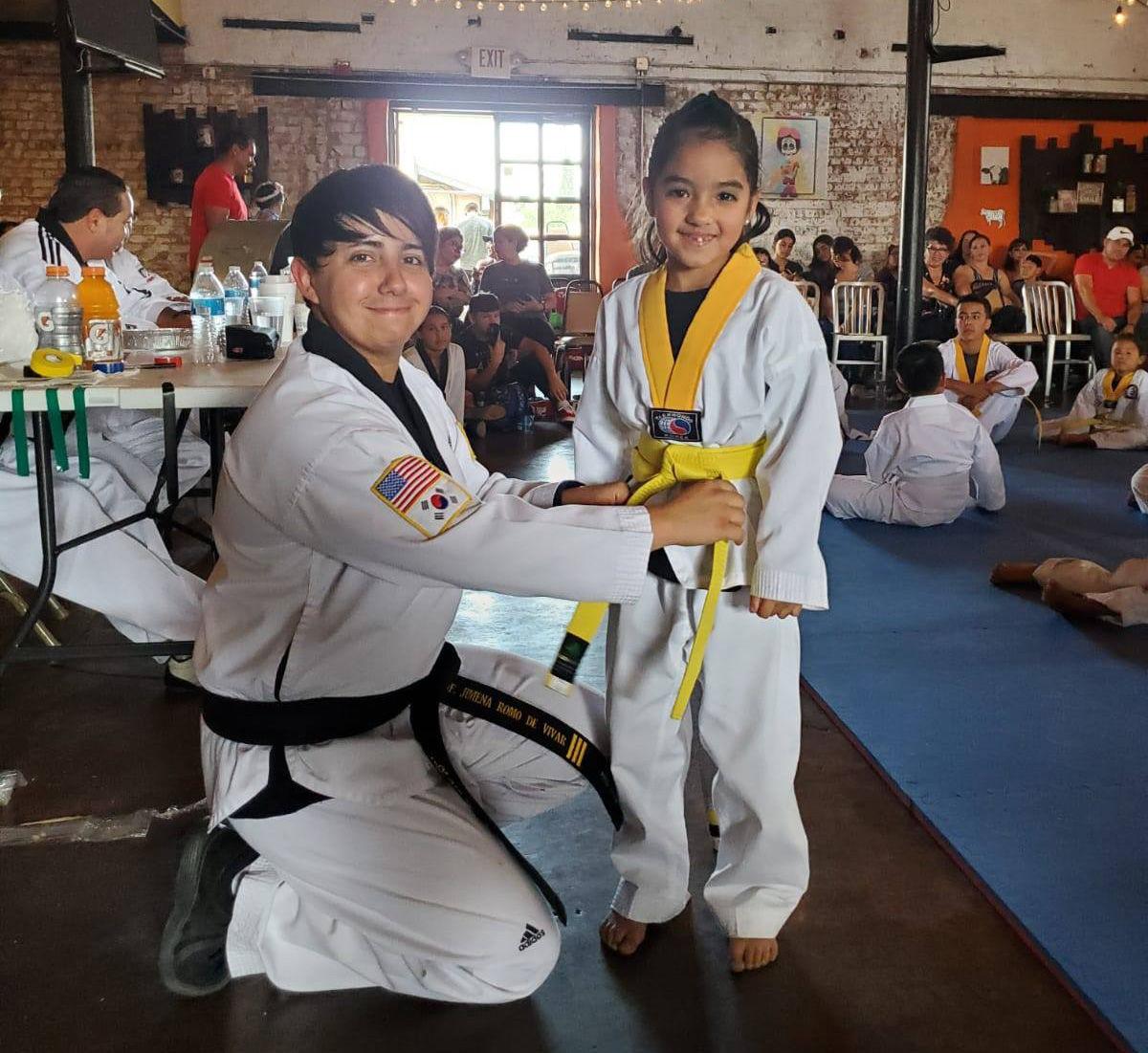 The students relax for a moment before beginning the test.

The students in action.

The students and masters from Jaguares Yom Chi Taekwondo.

Max Machado breaks a board.

Two students received their black belts and a third took a step closer to obtaining hers when Jaguares Yom Chi taekwondo academy held its testing on June 30.

Another 20 students obtained various belt certifications during the event held at Charisma Restaurant in downtown Nogales.

Valdez is the son of Jaguares Yom Chi taekwondo master Elisa Jimena Romo de Vivar, who called it “a very special moment for both of us.”

Another special recognition went to Airam Moreno, who received her red belt (advanced) and will now start her preparations for black belt certification. Garcia and Romo de Vivar praised Moreno for her hard work and encouraged her to keep going forward with the same attitude and discipline.

All of the Jaguares Yom Chi students received excellent grades on their performances, Romo de Vivar said, noting that they had to endure more than four hours of testing in a high-temperature environment.

In addition to Garcia, masters Emmanuel Andraca and Carlos Angulo, both third-degree black belts, were invited to attend the event.