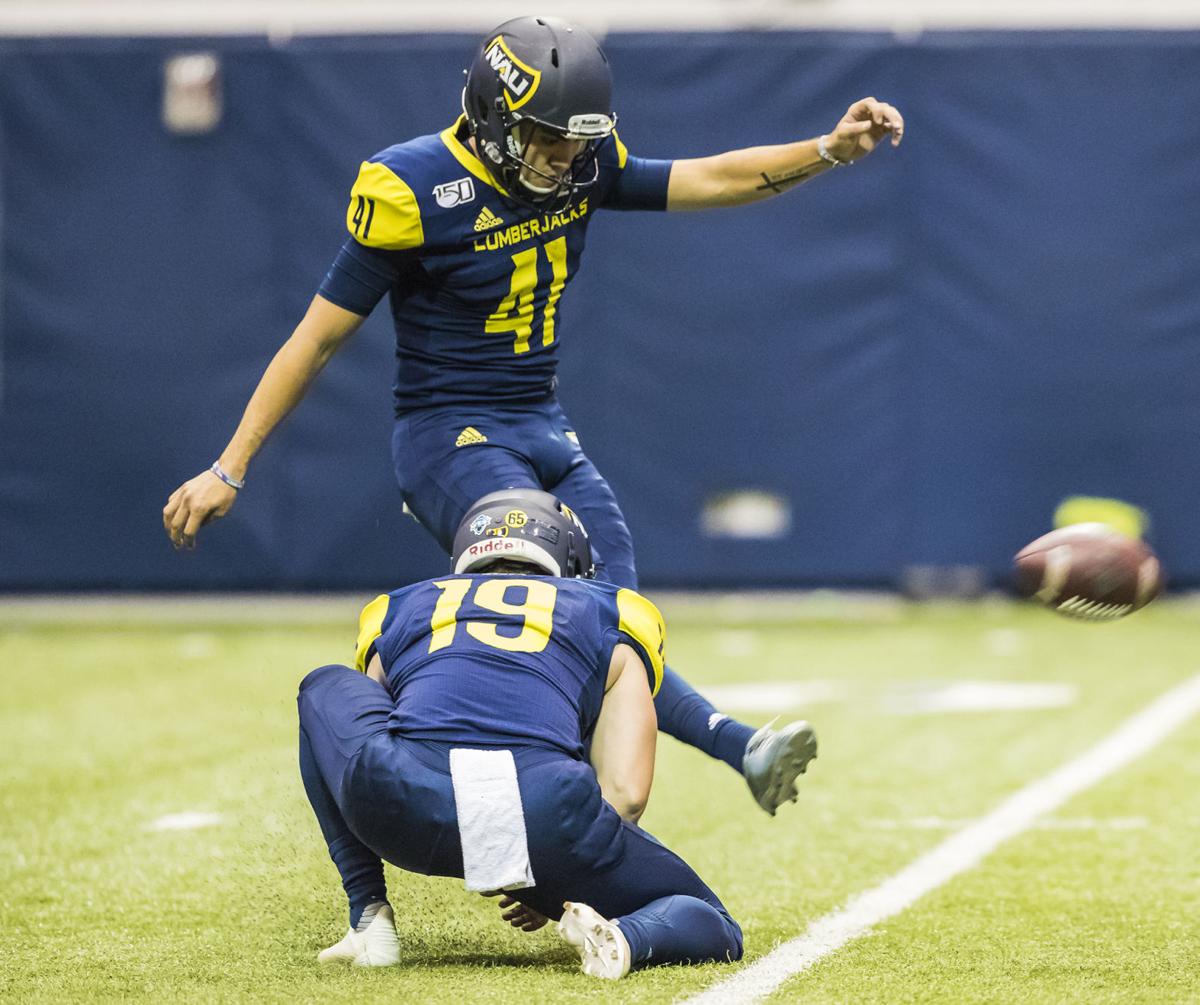 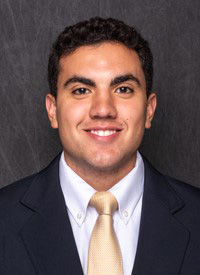 Luis Aguilar of Nogales, a junior member of the Northern Arizona University football team, was named the winner of the 2019 Fred Mitchell Award recognizing the nation's top collegiate place-kicker.

The award is named for an All-American place-kicker from Wittenberg University and a sports columnist for the Chicago Tribune. It considers all kickers in the FCS, Division II, III, NAIA and NJCAA, not only for their performance on the field, but also for their community service efforts.

"Luis Aguilar stood out among an impressive list of exceptional college kickers and we are proud to recognize him as our 2019 winner," Mitchell said in an announcement Monday.

Mitchell noted that Aguilar was the first underclassman to win the award since 2010, and that he “portends to continue as one of the nation's top college kickers and a conscientious, community-minded individual."

Aguilar called it a “huge honor” to win the award.

"It has been such an emotional year all around and I couldn't think of a better time to share this accomplishment with my friends and family,” he said in a news release issued by NAU. “I’m very humbled and I just want to credit my teammates and coaches for always having my back on and off the field."

Also on Monday, Aguilar was named to the HERO Sports 2019 All-America first team following his breakout season for the NAU Lumberjacks.

The 2016 graduate of Nogales High School entered the 2019 campaign having connected on just four field goals in his collegiate career. But he stepped up to drill 22-of-25 attempts this season and currently ranks third among all FCS kickers with a field goal percentage of 88.8. He was ninth nationally in scoring in 2019 – second among kickers – with 9.8 points per game.

Aguilar made 20-of-21 on attempts under 50 yards and was successful from 57 and 54 yards out. His career-best 57-yard field goal against Northern Colorado on Oct. 5 was the longest in the FCS this season.

In addition, he was a perfect 52-of-52 on extra point attempts and led the nation with 61 kickoffs that resulted in touchbacks.

Off the field, Aguilar spent time during the past offseason helping the Flagstaff community in the aftermath of the Museum Fire last August by filling sandbags for flood- and fire-prevention efforts. He also took part in the Salvation Army’s annual "Back to School Buddy" program by partnering with a local child to help him pick out clothes and supplies for the upcoming school year.

On top of the two distinctions announced Monday, Aguilar was also recognized this season as a 2019 All-Big Sky First Team selection and two-time Big Sky Special Teams Player of the Week.

(From a news release issued by the NAU Athletics Communications Office.)