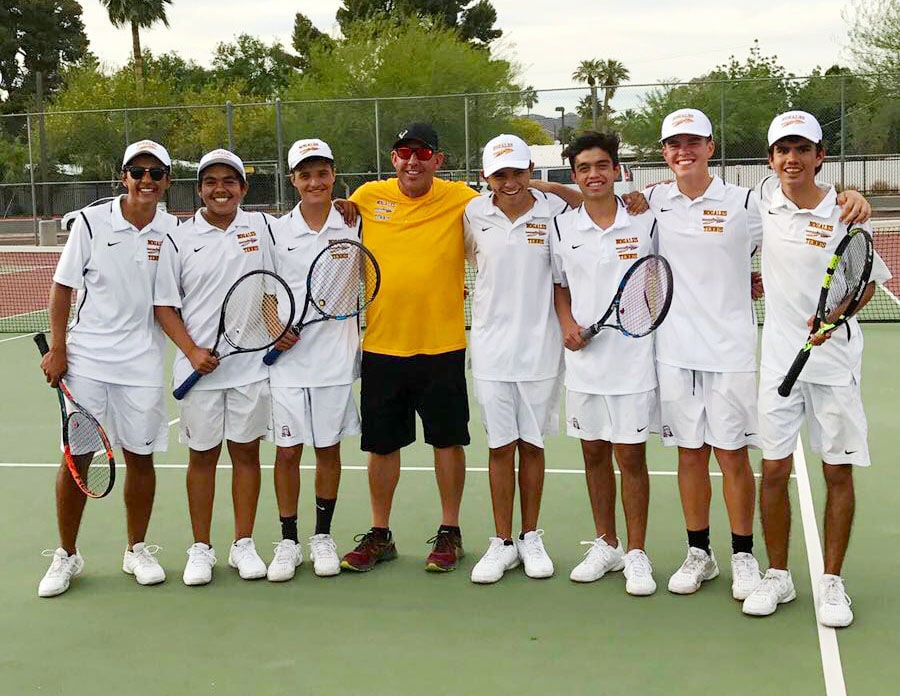 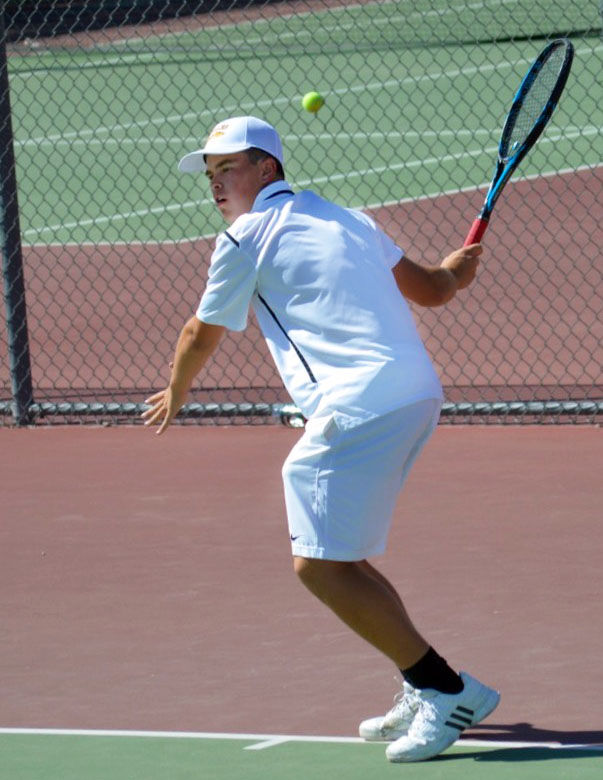 Eric Meyer hits the ball back toward his opponent. 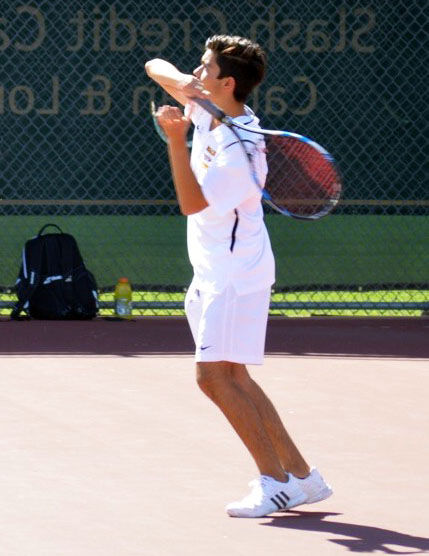 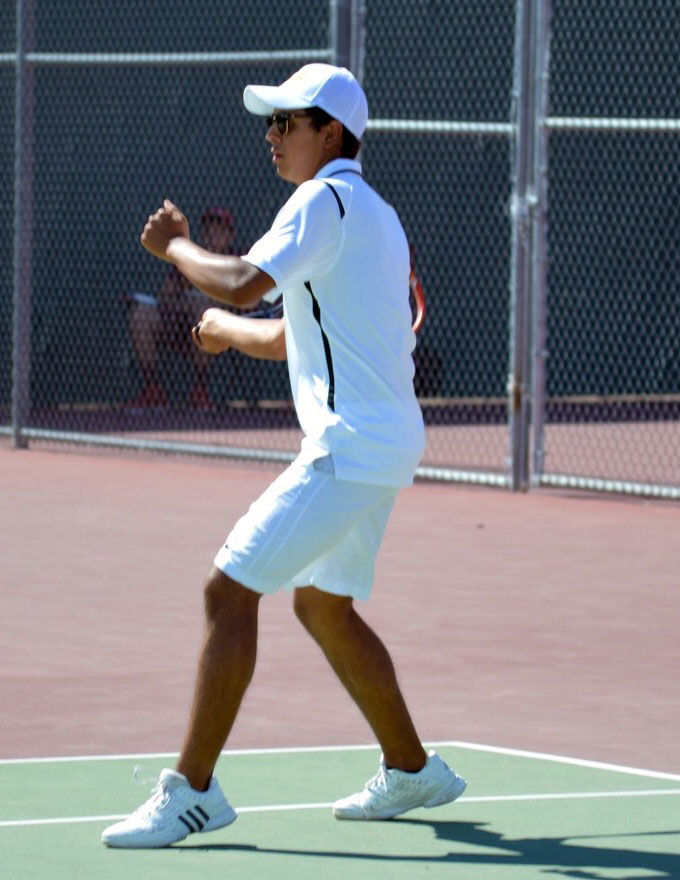 Eric Meyer hits the ball back toward his opponent.

A doubles and four singles wins secured an upset victory for the No. 11-seeded Nogales boys tennis team in their first Division II state tournament match on Wednesday against No. 6 Arcadia High School.

“Everyone contributed yesterday, it was really a team effort,” coach Rudy Molera said of the 5-2 victory on the Titans’ home turf in Phoenix during a phone interview Thursday morning.

No. 2 player Oscar Sandoval had a show-stopping singles win, taking the first set 6-3, then coming back from a 5-5 tie to win the second set 7-5.

“That was a very exciting match that went back and forth, had really long points. I was really proud of Oscar for how he played that match,” Molera said.

Clinching the victory, No. 1 player Diego Garcia and No. 4 Matthew Correa also won their doubles match.

“My kids always feel they can win. It’s not arrogance, but it’s good to be confident,” Molera said, noting that they entered the match against No. 6 seed Arcadia ranked 11.

“I knew this team was pretty good, but so is our team. Our kids played real loose, and they played as underdogs, and it made a difference,” he said. “The whole team, as a whole, feel they all can win and contribute to the victory, and that’s key to why this team has been so successful this year.”

That’s an attitude they will be taking with them, he said, to their quarterfinals match against No. 3 seed Greenway High School in Phoenix next Wednesday, May 3 at 3 p.m.

Ifantopulos and Sandoval are also set to play in the individual Division II state tournament doubles quarterfinals against No. 2 seed Cactus Shadows at 5 p.m. on Friday, April 28 in Glendale.