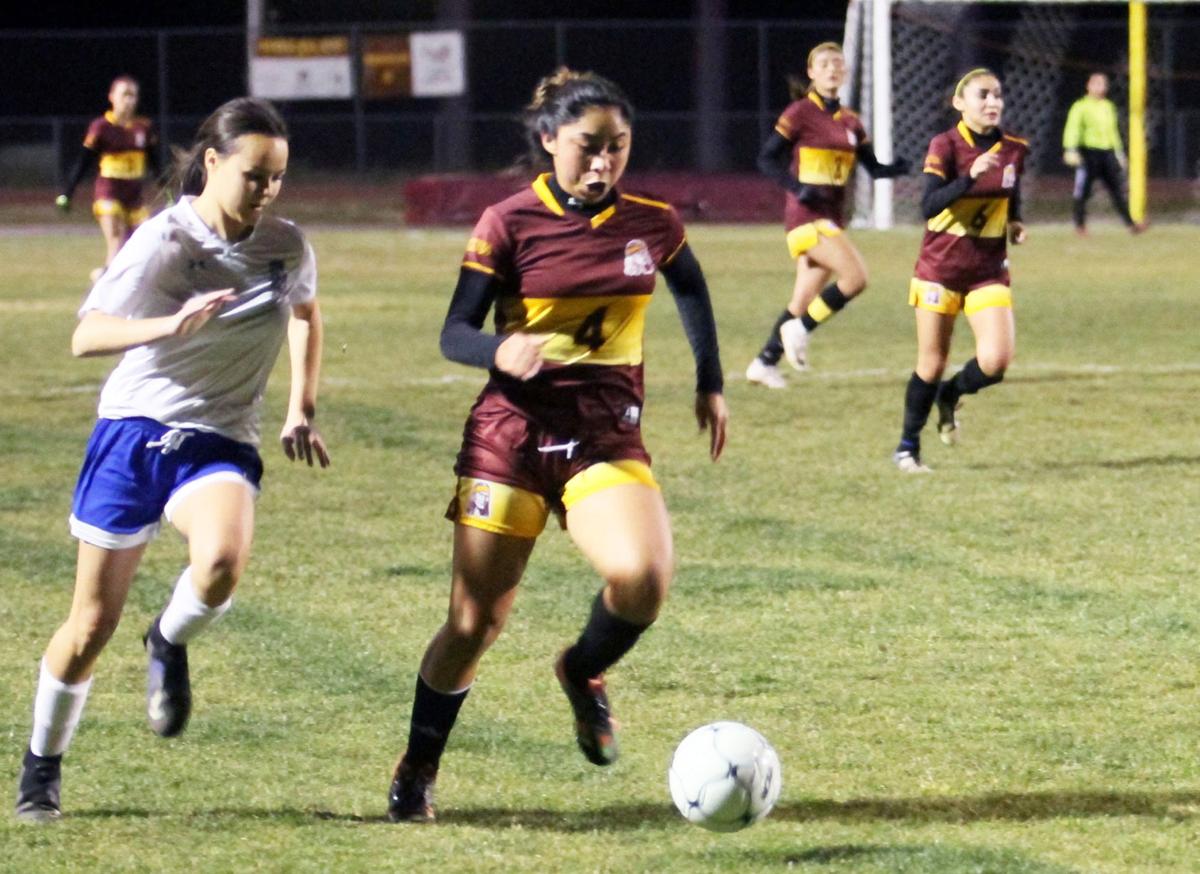 Penelope Garate-Muñoz charges up the wing. 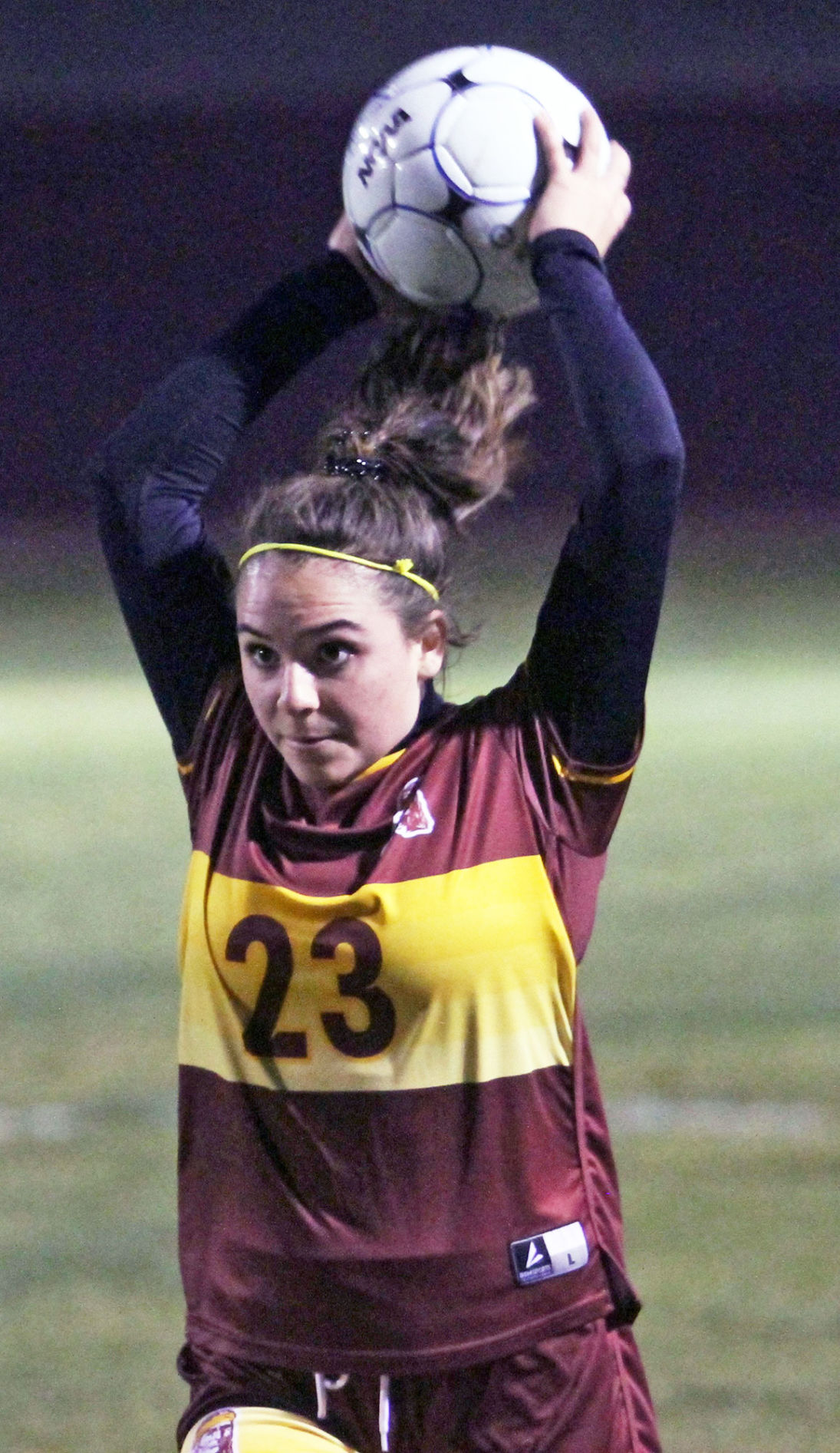 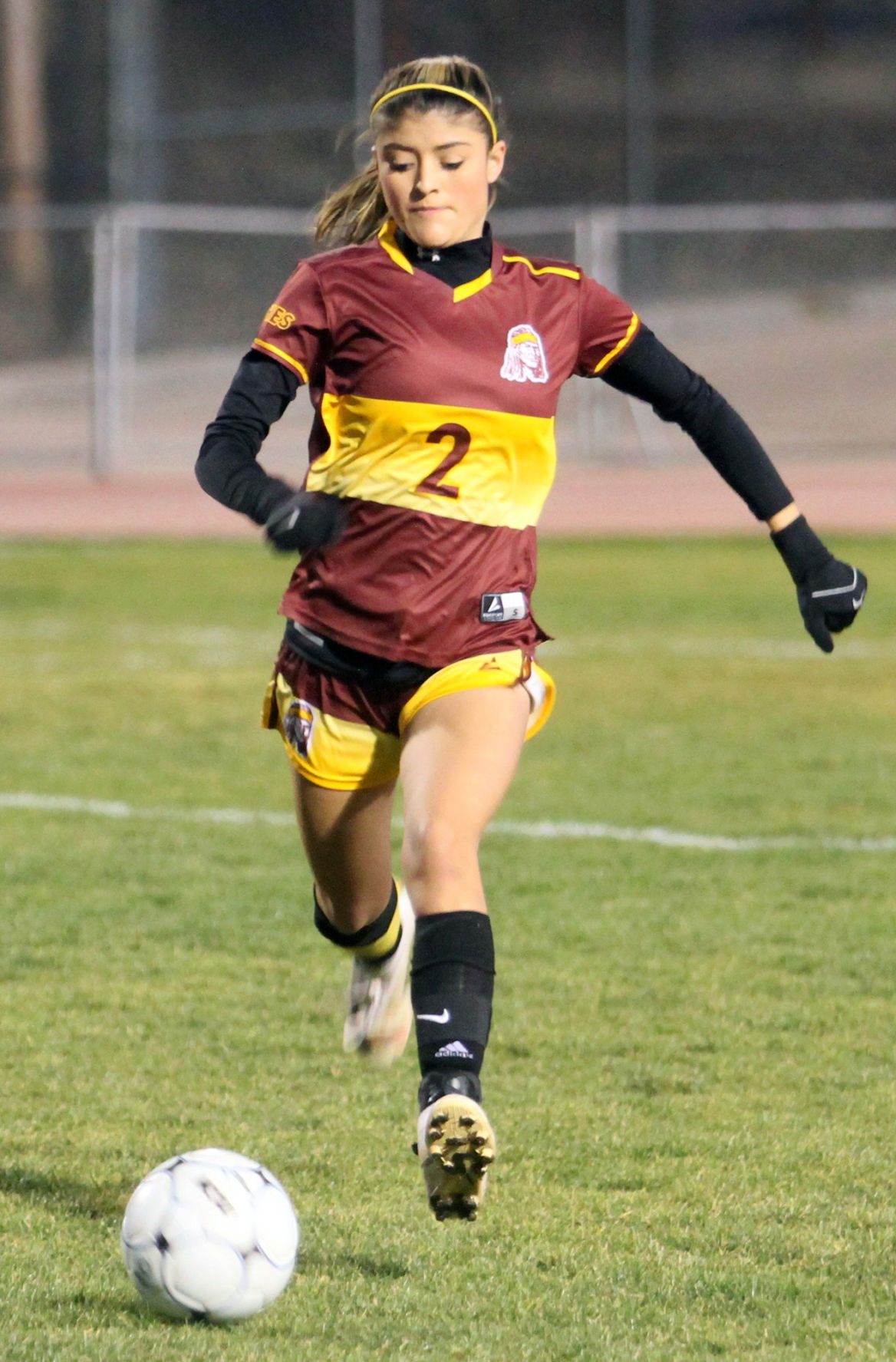 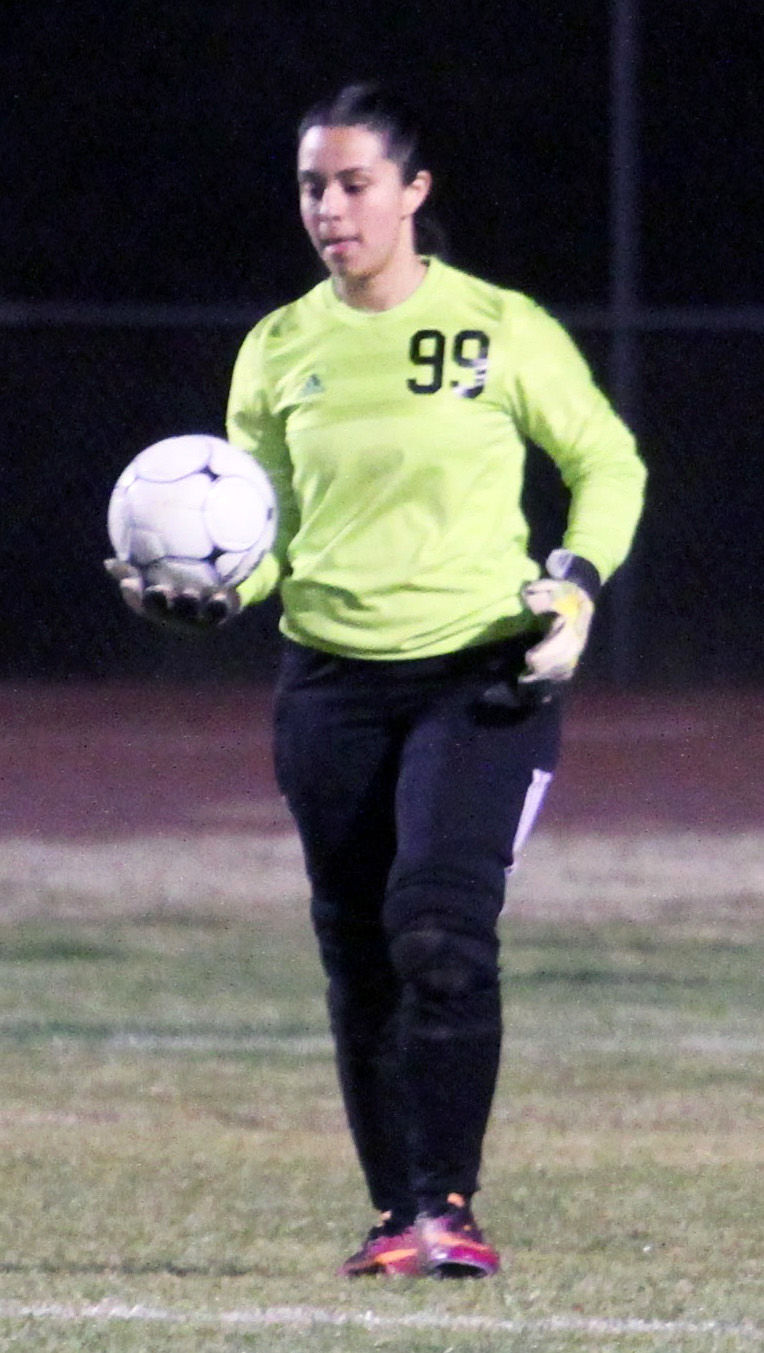 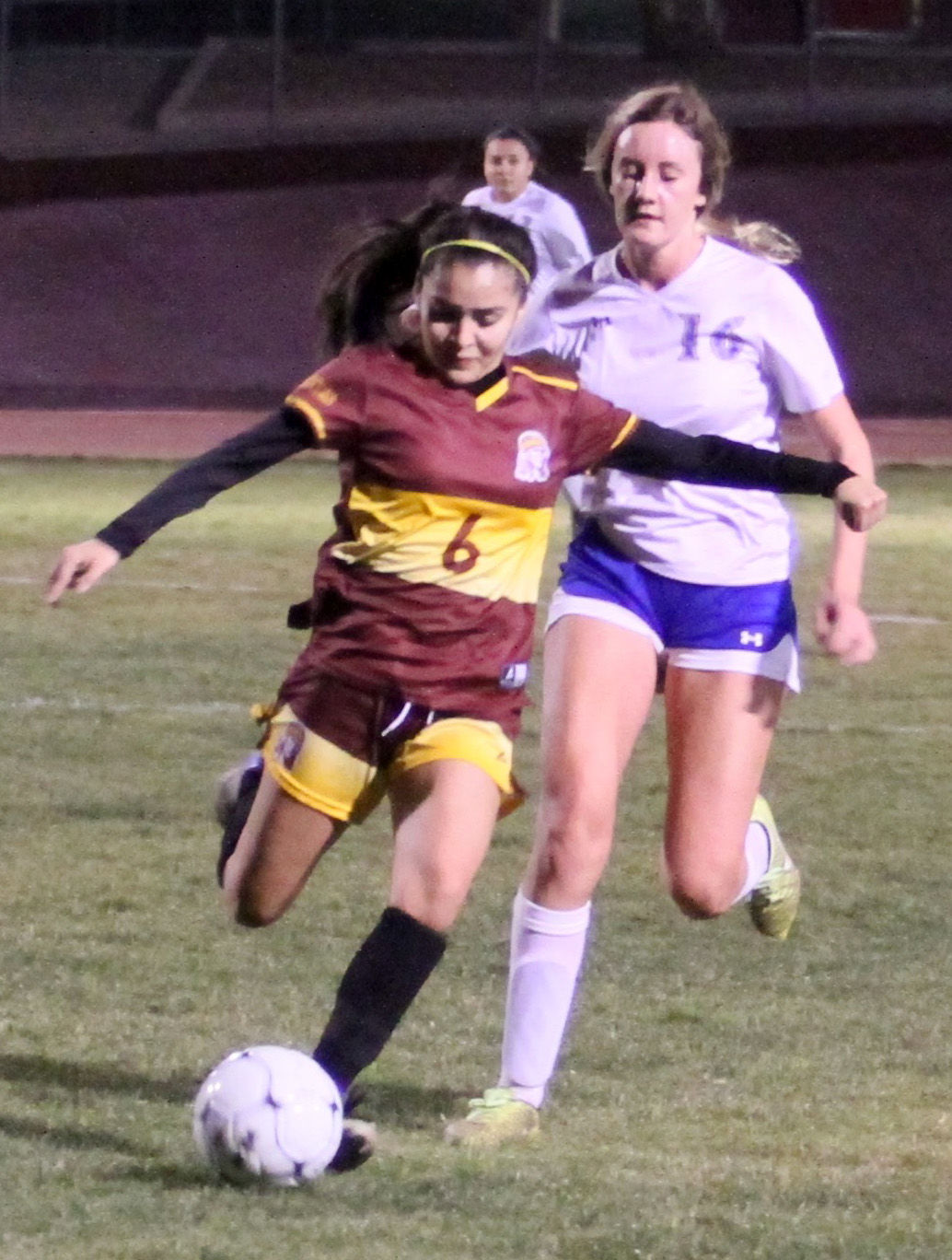 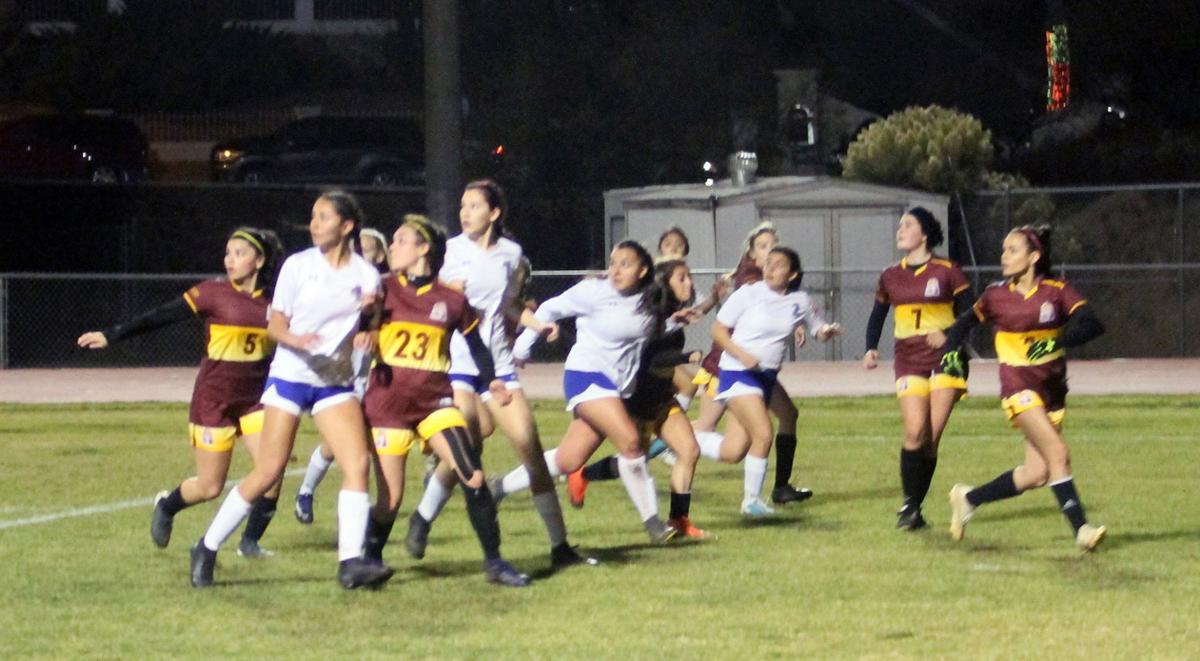 The Apaches offense heads towards the net after a free kick. 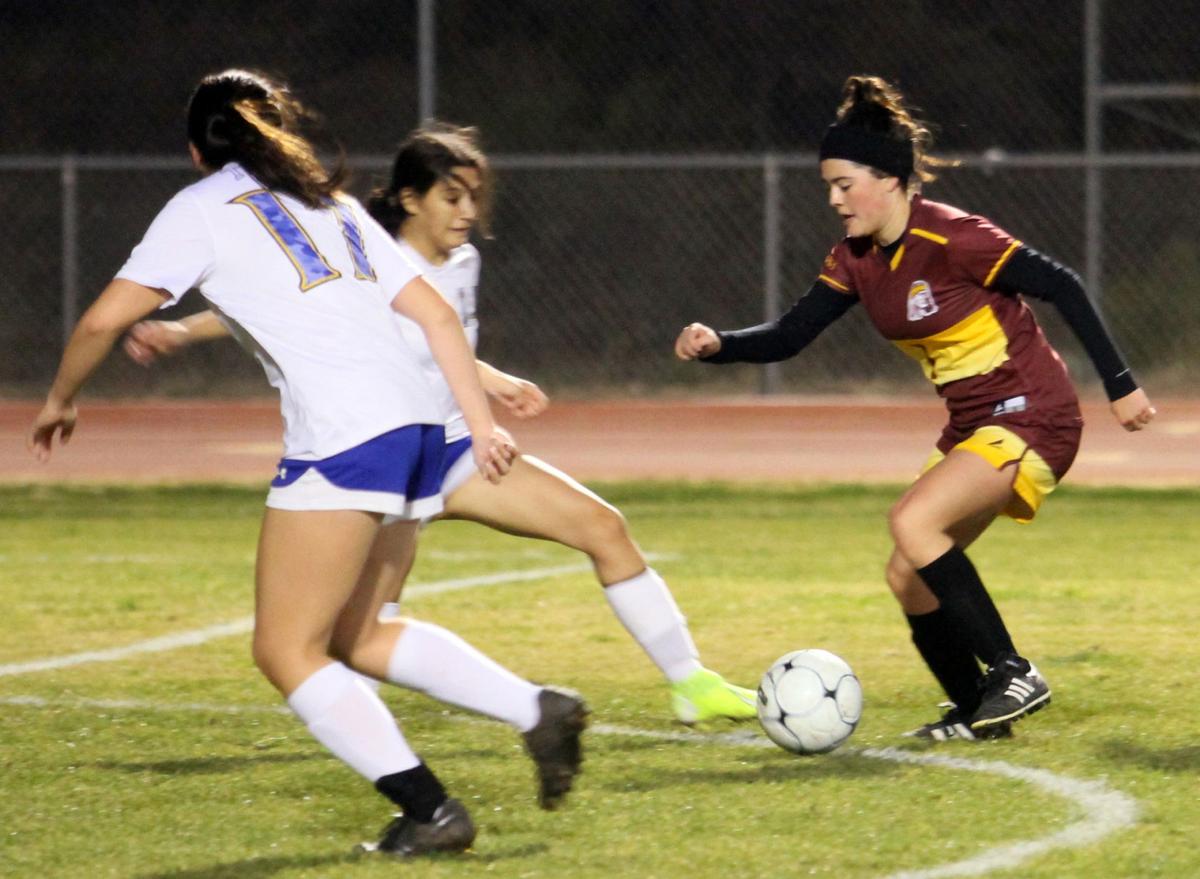 Penelope Garate-Muñoz charges up the wing.

The Apaches offense heads towards the net after a free kick.

Nogales fell to Marana 2-0 in a varsity girls soccer matchup on Thursday evening.

Despite generating several offensive opportunities, the No. 13-ranked Apaches couldn’t find the back of the net against the No. 17 Tigers.

“I think it was a pretty even game,” said Nogales head coach Hugo Luna. “But they took advantage of their opportunities and we didn’t and that’s the result.”

The Apaches traded chances with the Tigers for the first 20 minutes of the game, with Senior Ximena Parra leading the NHS offense.

Junior Claudette Ruiz helped the Apaches march down the field with powerful throw-ins from the left sideline and senior Penelope Garate-Muñoz led several rushes down the right wing.

Shortly after the 20-minute mark, junior Valeria Rodriguez-Flores ripped a shot from near the 18-year-line, but her chance sailed just over the crossbar.

Marana’s offense found success with crossing balls from the wings.

With 13:47 remaining in the half, the Tigers took the lead as an attacker lobbed a ball into the box and her teammate knocked it into the back of the net.

About 15 minutes into the second half, Marana launched another offensive attack, but was at first denied by Apaches goalkeeper Jacquelin Castro-Gonzalez, who broke up a pass into the box.

Moments later, Marana again crossed the ball in front of the net and a striker finished from short range.

Nogales Senior back Layla Lopez kept Marana in check for most of the game with aggressive defense, but got hit with a yellow card in the second half for a physical play near the sideline.

Luna said he’ll have the team working on possession and ball control as they move forward.

“We were doing a much better job of that earlier in the season, so we should go back and work some more on that,” he said.

Thursday’s loss dropped the Apaches to 4-4 overall and 0-2 in the 5A Conference Southern Region.

Nogales is scheduled to play at Cienega on Jan. 28 and at Buena on Jan. 30. Their next home game is at 5 p.m. on Feb. 4 against Ironwood Ridge.