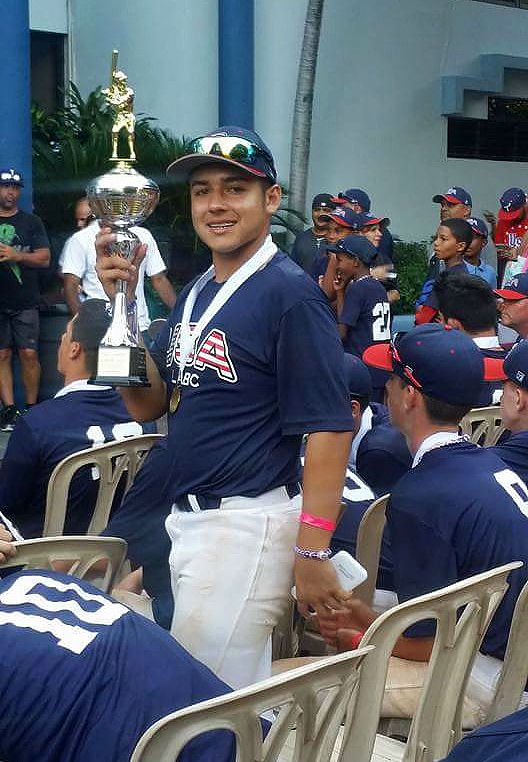 Jose Armando Guerrero with the tournament championship trophy at an assembly. Guerrero was the only player from Arizona on the USA-LABC 13U team. 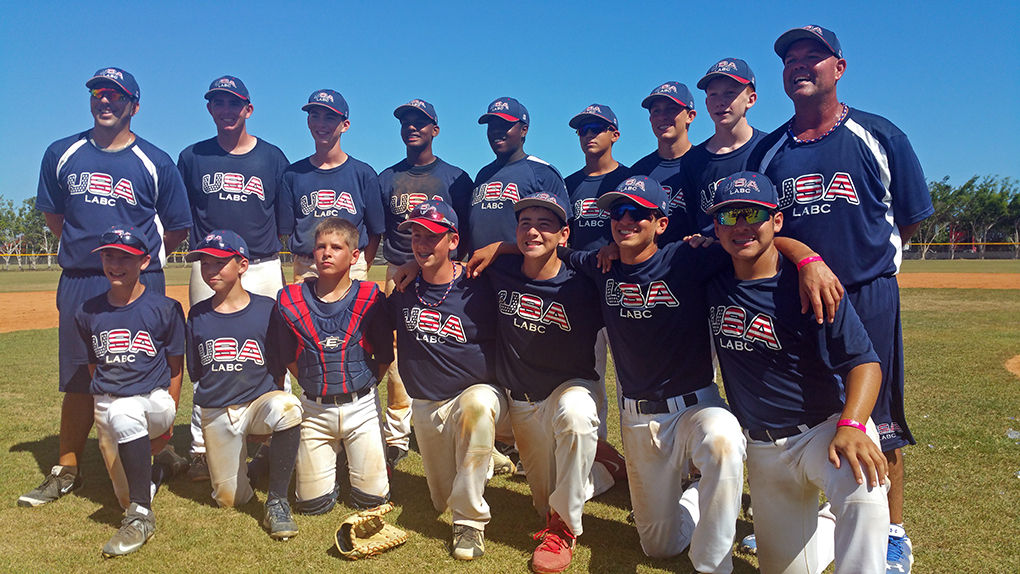 The USA 13U team at the Latin America Baseball Classic in Santo Domingo, Dominican Republic. The tournament was held Aug. 6-12.

Jose Armando Guerrero with the tournament championship trophy at an assembly. Guerrero was the only player from Arizona on the USA-LABC 13U team.

The USA 13U team at the Latin America Baseball Classic in Santo Domingo, Dominican Republic. The tournament was held Aug. 6-12.

Jose Armando Guerrero of Nogales was part of the USA 13U team that made the trek to Santo Domingo, Dominican Republic for the Latin American Baseball Classic Aug. 6-12. Guerrero, along with his 11 teammates, finished the tournament with a 6-1 record while outscoring their opponents 43-13 to claim the title.

The 13-year-old tried out for the team last November in Tucson and was the only player from the Southwest on the final roster.

“When I got selected, I was extremely happy,” Guerrero said in a press release. “I knew that I could reach my goals if I kept working and working hard.”

Guerrero, a pitcher and outfielder, threw a three-hitter in the semifinals against Los Vecinitos from the Dominican Republic to help the team advance to the finals.

He then pitched the final inning of the title game against Liga Pimental from the Dominican Republic to clinch the win.

“The second I realized we won, I was so happy for us as a team, but mostly the United States of America,” Guerrero said of winning the championship. “I was excited, stunned and speechless. All I could do was yell.”

He said he learned a lot about his experience playing in the LABC, the best part of which was making friends from all over the world.

“I learned to not take things for granted,” he added.

According to the LABC website, the tournament is the largest international youth baseball event of Latin America.

Guerrero, an eighth-grader at Desert Shadows Middle School, has played in the Nogales National Little League since he was 6. Also this summer he was a member of the local Intermediate Division team that competed at the Western Regionals in Nogales July 20-29. That team finished 3-1, but was unable to compete for the championship after losing a tiebreaker.