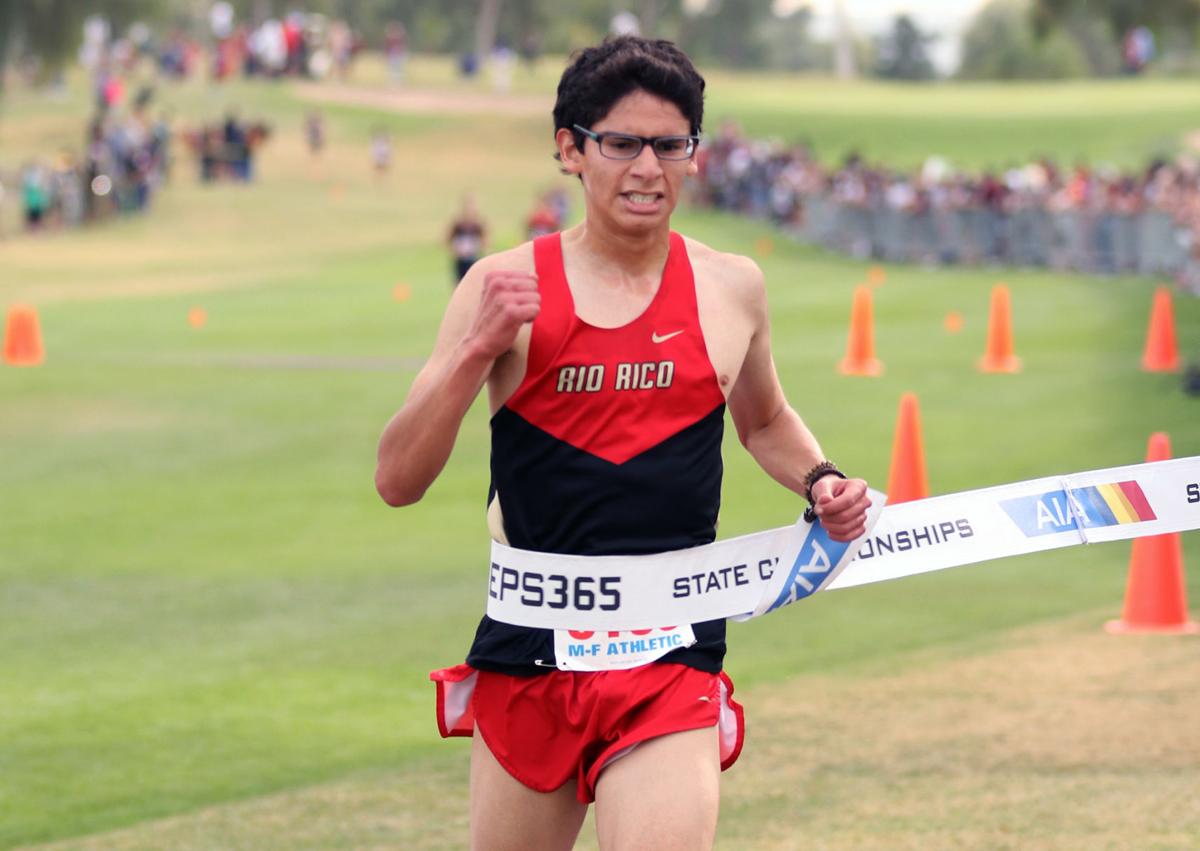 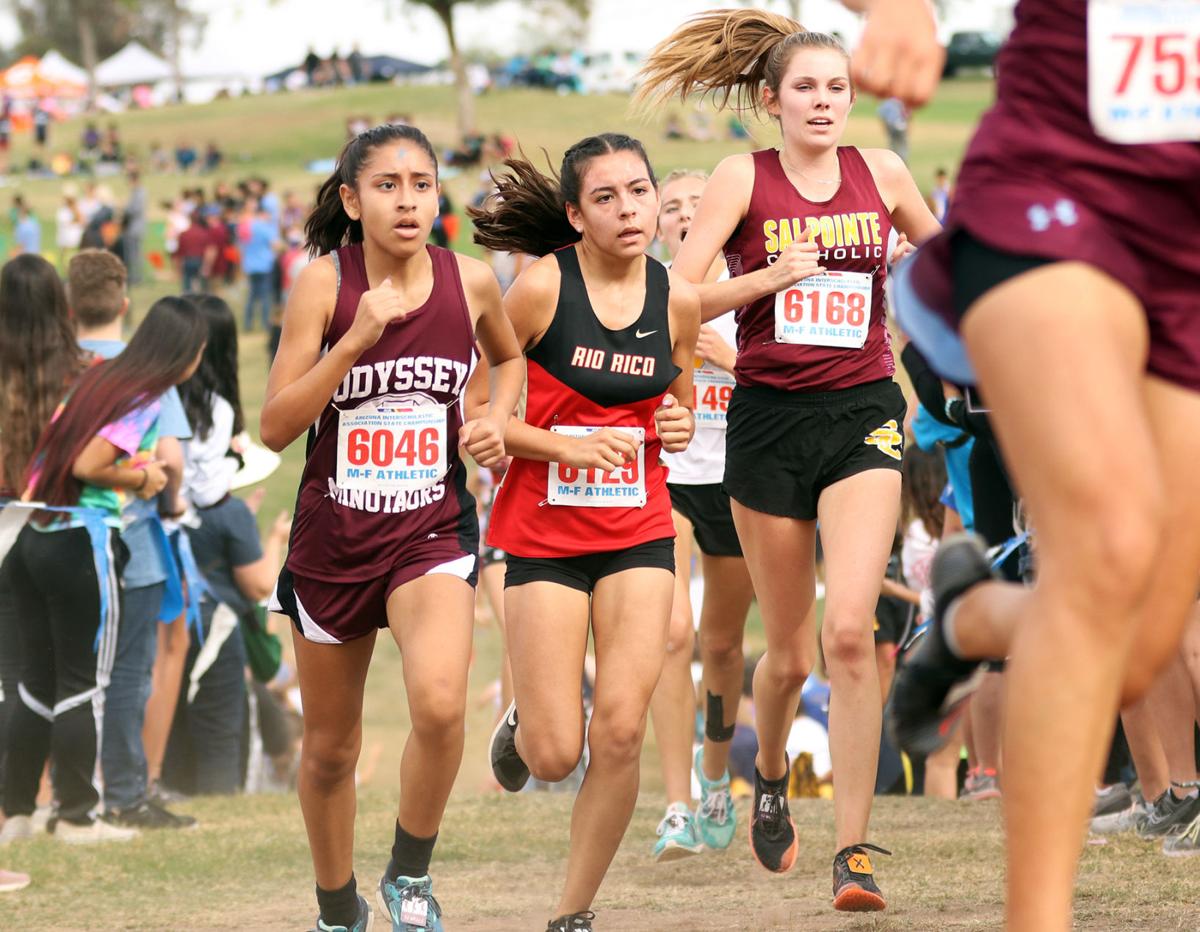 Sasha Ogburn of Rio Rico races for the finish in the girls D-III championship race at Cave Creek Country Club in Phoenix.

“It’s a feeling that’s hard to describe right now but it’s made up of pure bliss and gratefulness. I really enjoyed it,” he said during a phone interview not long after winning the five-kilometer (3.1-mile) race with a time of 15.53.4.

Tinoco-Miranda was in second place after one mile at 5:03.3, three seconds back of the leader, and in a virtual three-way tie after two miles at 10:10.9.

“I knew that if anything, it was going to come down to those last 800 (meters) where someone was going to make a move or the leading pack would start to break and it did end up playing out that way,” he said. “I was able to break away those last couple meters headed toward the finish line and really just focus on finishing strong.”

He said he didn’t realize he had won by such a significant margin until some friends and family told him afterward.

Tinoco-Miranda’s state championship win comes on the heels of his first-place finish at the sectional qualifying race on Nov. 6 at RRHS. He also won the sectional as a sophomore in 2018, but stumbled late in last year’s title race and dropped from third place to 30th. He cited that disappointment as motivation heading into the 2019 championship.

As a team on Saturday, the RRHS Hawks finished sixth among 32 schools competing in the D-III boys race.

“Everybody had their best race on the same day and that’s what you want – and you want that at the state meet,” Schadler said.

The Rio Rico girls team finished in 16th place among 24 squads competing in the girls D-III race, led by Sasha Ogburn in 34th with a time of 21:10.3.

“She ran her best race of the season yet,” Hawk girls coach Jolanne Palumbo said of Ogburn. “We’ve been working a lot on the mental aspect of what it is to be a cross country competitor. She’s definitely been practicing flooding herself with positive thoughts and it showed today.”

“Our team captain Gisell Bojorquez ran really tough and all of the girls attacked the hills really, really well. They just looked strong. They were ready,” said Palumbo, who added that her youthful team showed tremendous growth since last year.

Hanna Henson was the girls state champion in 2007, and Aeoleone Bristow won individual state titles in 2008 and 2009.

Carlos Villarreal followed with another boys crown in 2014, the same year that Allison Schadler won the first of her four-consecutive Arizona state titles. Her sister Samantha Schadler carried on the school and family tradition with wins in 2017 and 2018, and now Tinoco-Miranda has added his name to the list.