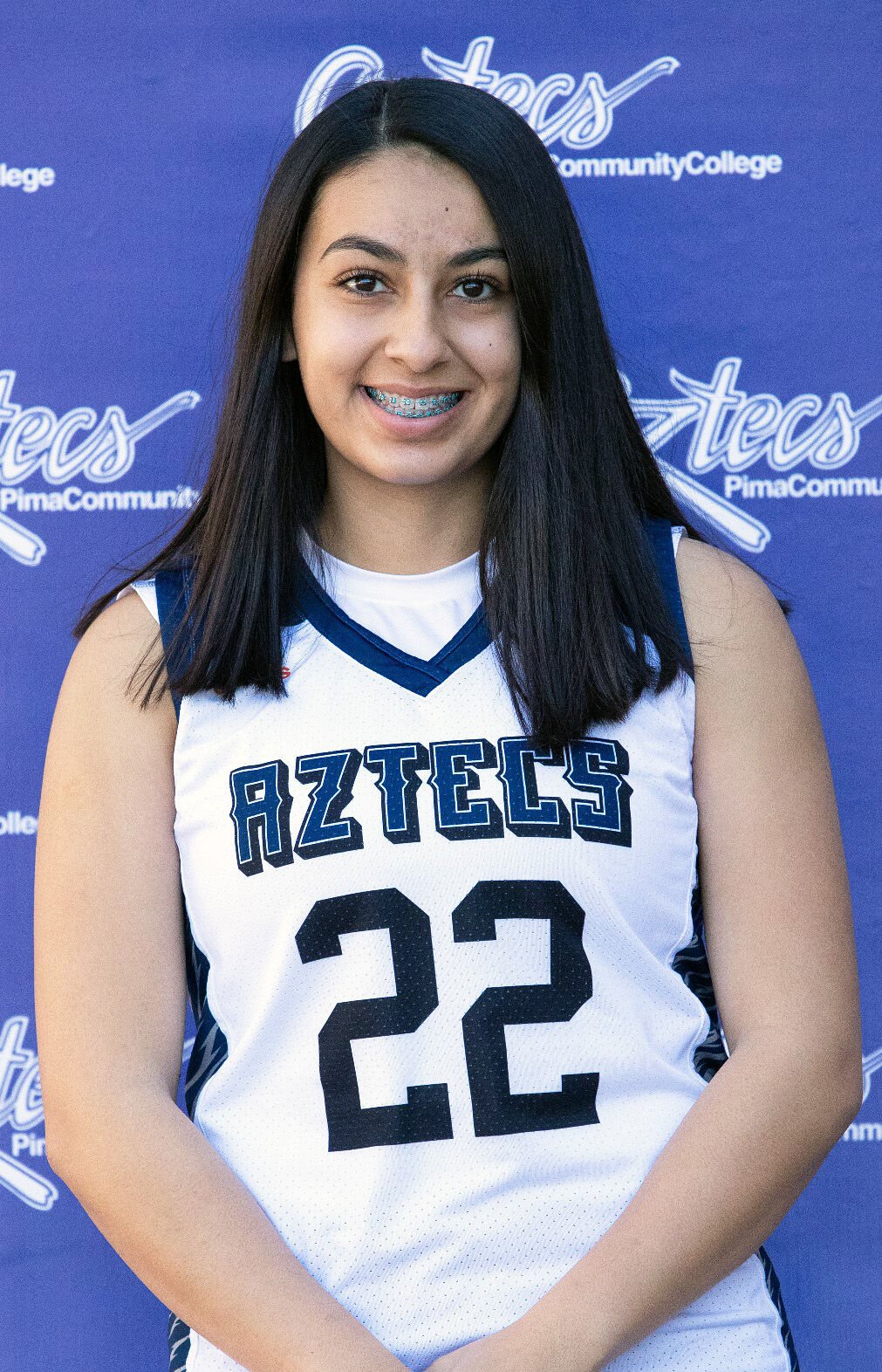 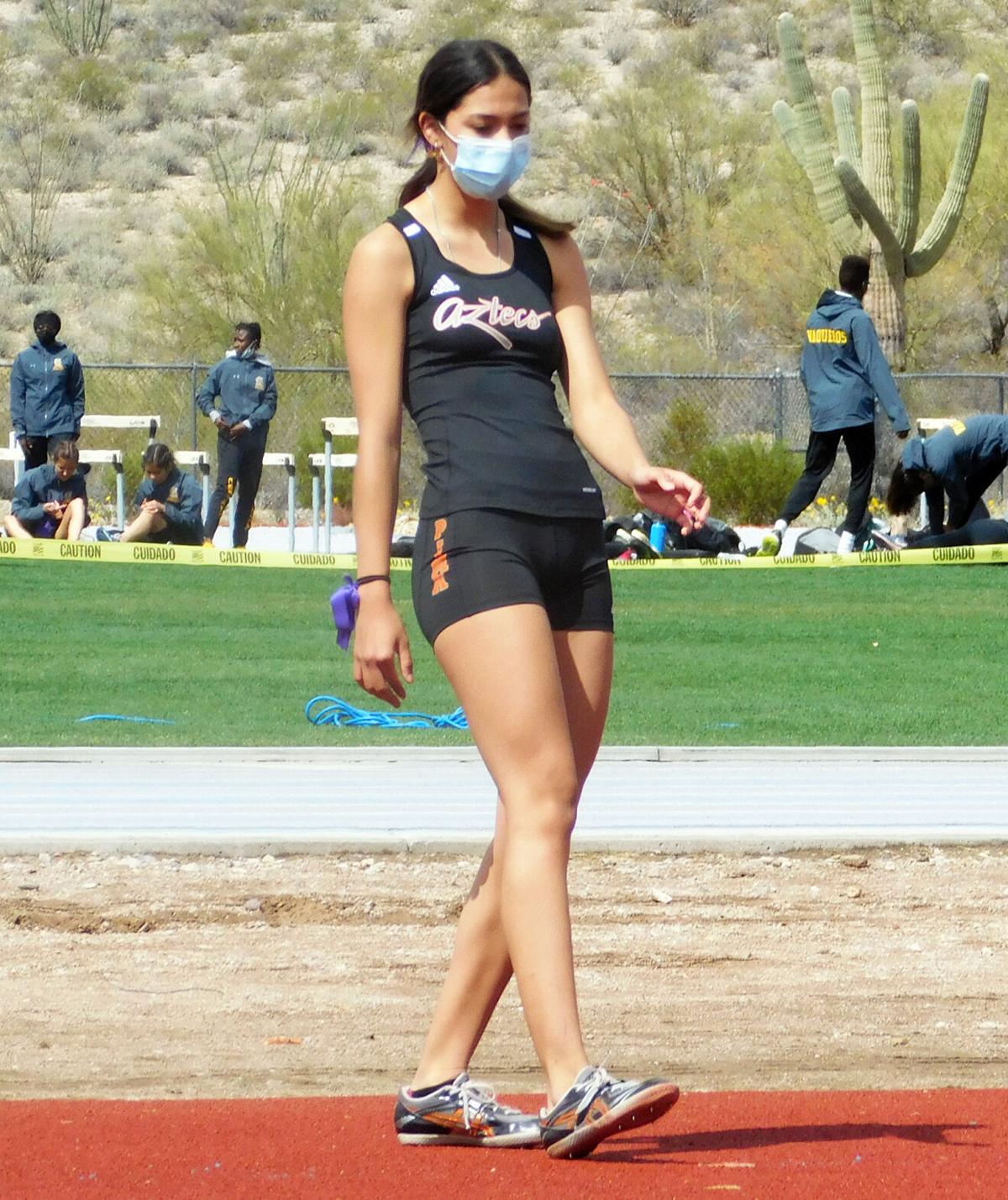 Dominique Acosta competes at the ACCAC Conference Meet in Mesa, where she won the women’s high jump competition.

Chavez, a freshman guard for the PCC Aztecs, was selected third team All-ACCAC and All-Region I, Division II. She came off the bench during the regular season and averaged 10.8 points, 5 rebounds, 1.6 assists and 2 steals per game. She also shot 50 percent from three-point range.

Freshman Dominique Acosta, a 2020 graduate of Nogales High School, claimed the top spot in the high jump with a mark of 1.53 meters (5-feet, 0.25-inches) when the Pima Community College women’s track & field team competed at the ACCAC Conference Meet on April 2 at Mesa Community College.

In March, Acosta cleared 1.58 meters (5 feet, 2 inches) to finish first in the high jump at the Pima Outdoor Invitational in Tucson.

The Pima Community College Aztecs baseball team won its 20th-consecutive game on Saturday to raise its season record to 30-6. Two athletes from Santa Cruz County have played parts in the streak.

During a March 24 game, sophomore Andre Greene, a graduate of Rio Rico High School, went 1 for 3 with two RBIs and a run. In that same game, NHS grad Alec Acevedo was 2-for-3 with an RBI and a walk.

The next day, Acevedo hit a leadoff walk-off home run in the eighth inning to end a game with Community Christian College by the 10-run rule, 13-3. And on April 8, playing against the same opponent, Acevedo went 2-for-3 with two doubles and three RBIs.