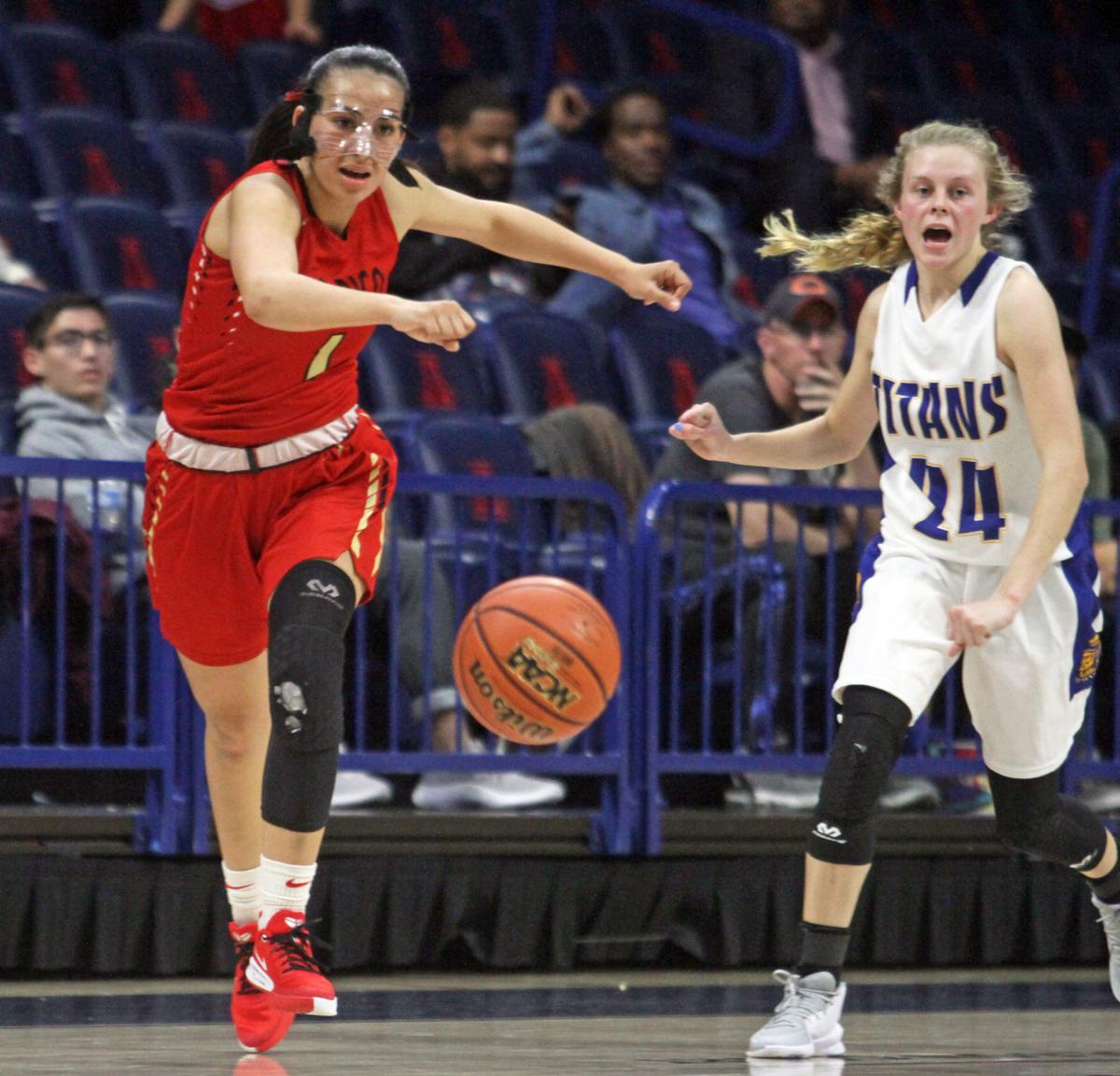 Luisayde Chavez of Rio Rico, left, chases down a loose ball during a game with Palo Verde on Jan. 20. Rio Rico lost that game, but won a rematch with the Titans on Tuesday. 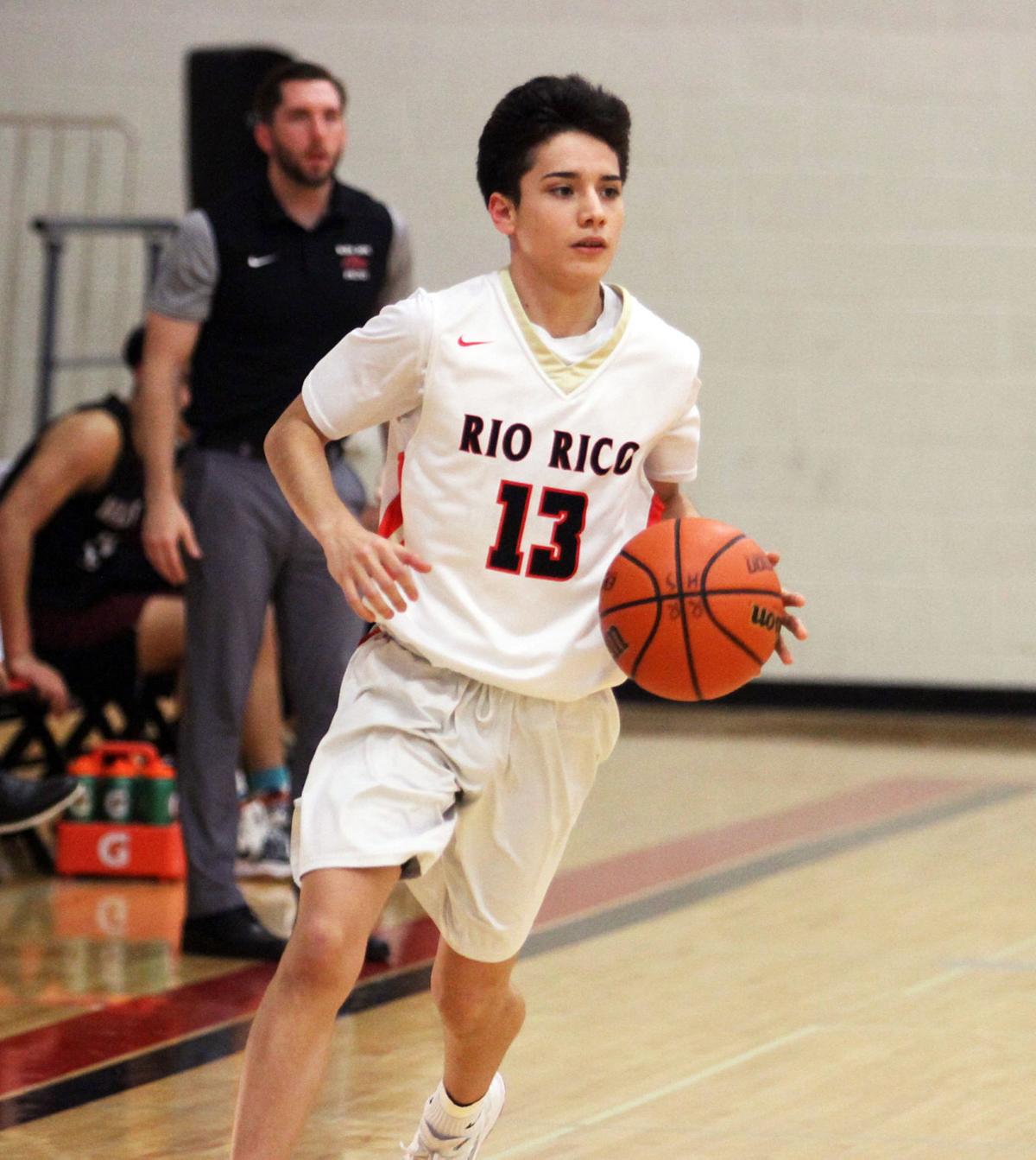 Rio Rico’s Habid Calderon was one of four Hawks players to score in double figures in a win over Palo Verde on Tuesday. 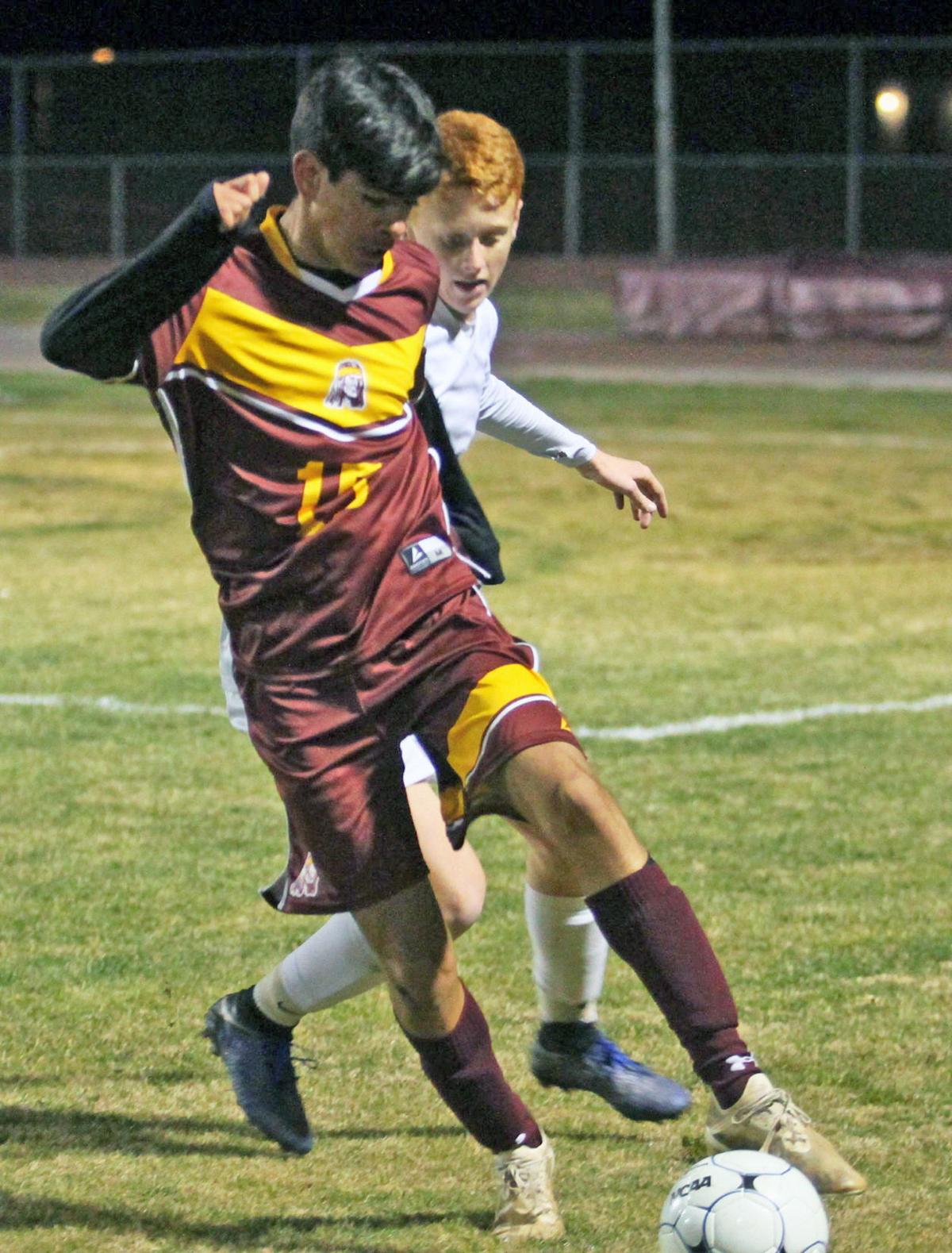 Diego Gracia of Nogales keeps the ball away from a Buena player during a game earlier this season at NHS. On Tuesday, he scored two goals in an Apaches victory. 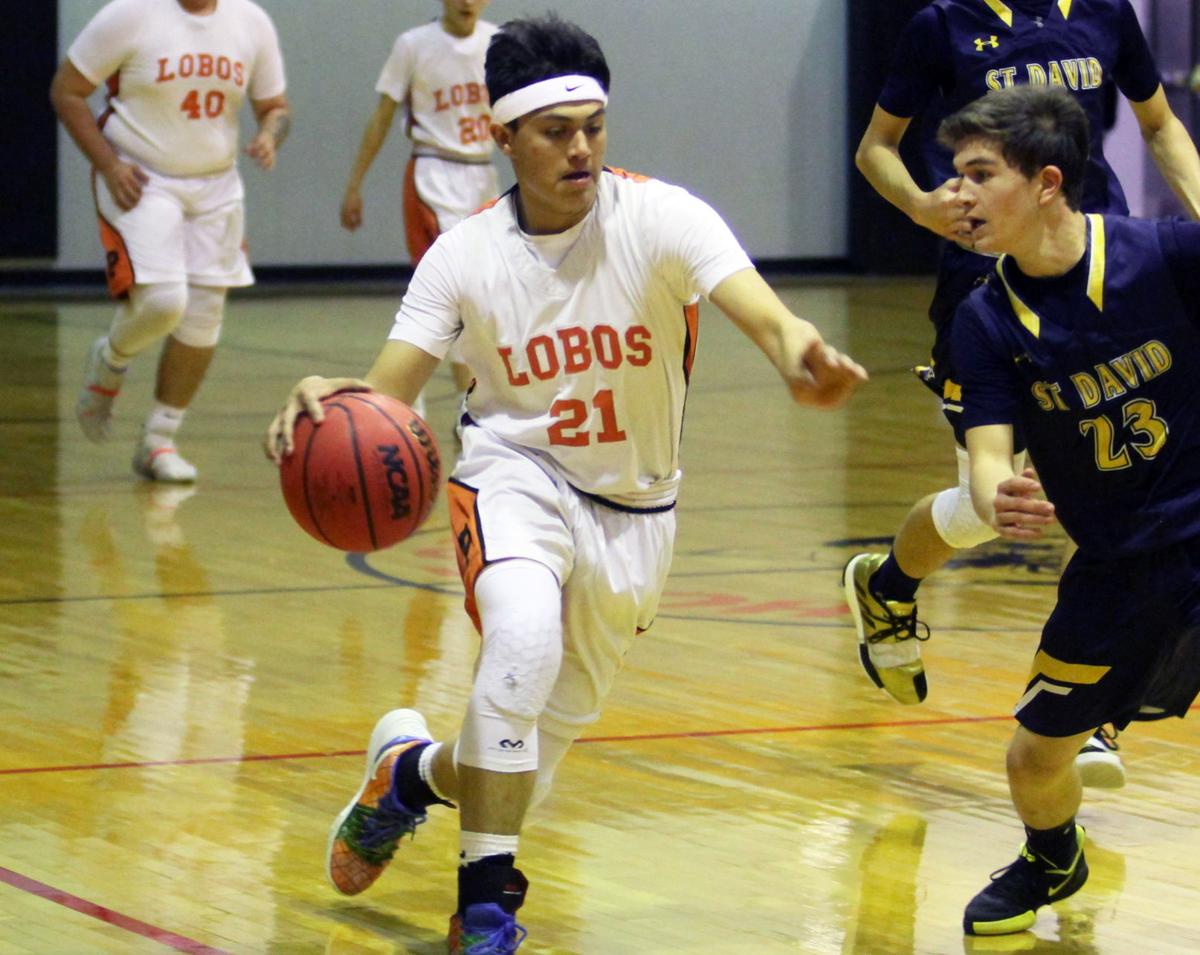 Julian Vasquez of Patagonia, seen here playing against St. David on Jan. 28, hauled in 15 rebounds during his team’s win on Tuesday.

The Hawks’ victory avenged a loss to Palo Verde at the MLK Classic last month at the University of Arizona’s McKale Center – their only loss of the year in 4A Gila Region competition.

Luisayde Chavez had 18 points, eight rebounds and six assists to lead the way.

They were set to host Amphitheater on Thursday evening, then wrap up the regular season on Tuesday, Feb. 11 against Pueblo in Tucson.

The Rio Rico Hawks boys basketball team is on a hot streak of its own, winning its third-straight game on Tuesday, 48-28 over Palo Verde in Tucson.

The Hawks relied on a balanced scoring attack to win the game. Cade Fanning had 12 points, and Sebastian Alvarez, Habid Calderon and Rene Arvizu each contributed 10.

Arvizu was the team leader with nine rebounds.

The win raised the Hawks’ regular-season record to 7-9 heading into a Thursday evening matchup at Amphitheater.

They are set to host Pueblo at 7 p.m. on Tuesday, Feb. 11, in their regular-season finale.

The NHS Apaches were 8-3 and ranked No. 10 in the state 5A Conference heading into their regular-season finale on Thursday at No. 1-ranked Sunnyside in Tucson.

Lalo Aguilar had 17 points, nine rebounds and six steals for the PUHS Lobos, who are 9-6 overall and ranked No. 14 in the state heading into the 1A South Region tournament on Friday in Tucson.

Following the regional tournament, the Lobos are set to play one more regular-season game, a home contest against Fort Thomas starting at 7 p.m. on Tuesday, Feb. 11.