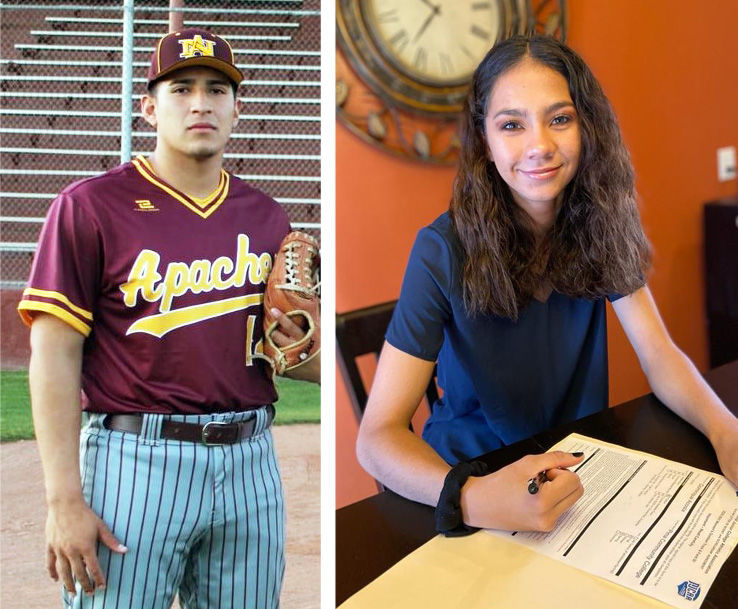 Left: Julian Grijalva has signed a letter of intent to play baseball at Arizona Christian University. Right: Dominique Acosta signs her letter to participate in the track and field program at Pima Community College. 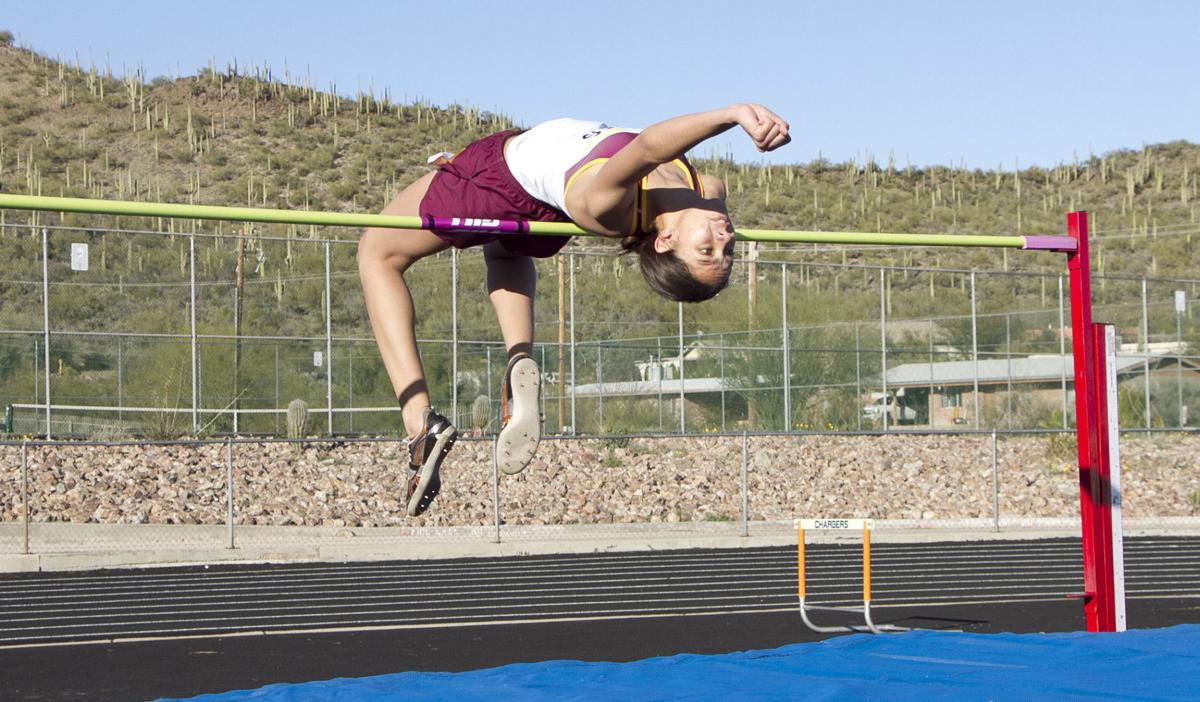 Dominique Acosta clears the bar in the high jump. 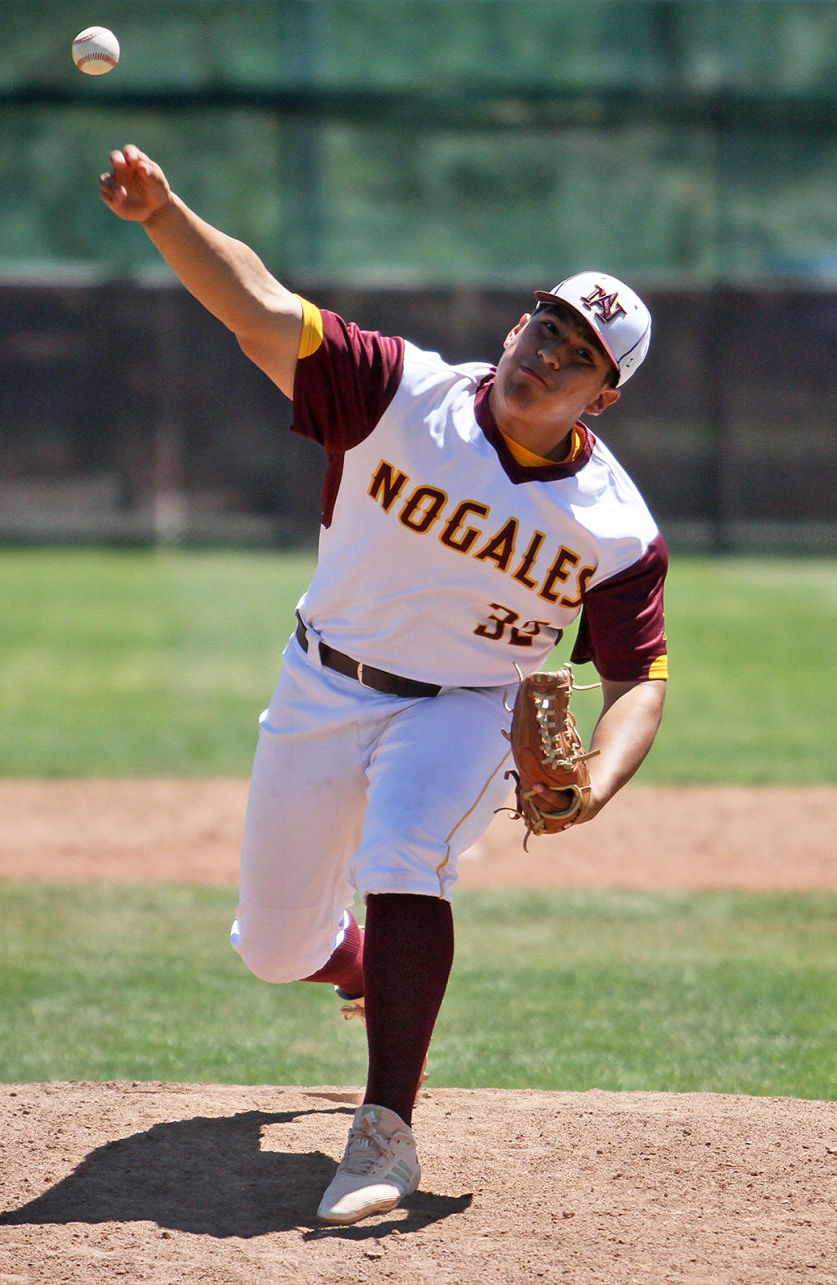 Julian Grijalva delivers a pitch during a game in 2019 against Sunnyside.

Julian Grijalva and Dominique Acosta had their spring sports seasons cut short by the coronavirus pandemic. But that didn’t stop the two Nogales High School seniors from being successfully recruited to play at the next level.

In recent weeks, Grijalva signed a letter of intent to play baseball at Arizona Christian University, while Acosta committed to participate in the track and field program at Pima Community College.

Acosta had already qualified for the state meet in the high jump when the high school track and field season was cancelled. And she provisionally qualified in the triple jump.

As a junior, Acosta posted a season-best high jump of 5 feet, 7 inches and finished first at the Southern Arizona track championships. Her seasonal best in the triple jump was 34 feet, 5 inches.

Grijalva, a pitcher and first baseman for the Apaches baseball team, was only able to throw three innings in a pre-season tournament game before the season was cancelled. But he was off to a hot start at the plate, batting .330 with a .440 on-base percentage and four RBIs through seven games.

As a junior, Grijalva posted a 2.42 ERA in nine pitching appearances for the Apaches.

ACU is a small, private four-year university based in Glendale that competes in the Golden State Athletic Conference of the National Association of Intercollegiate Athletics (NAIA).

Grijalva and Acosta were both standout basketball players for NHS. Following the 2019-2020 season, Acosta was named to the third-team Arizona All-State Girls Basketball Team, while Grijalva was a second-team All-5A Conference Southern Region selection.