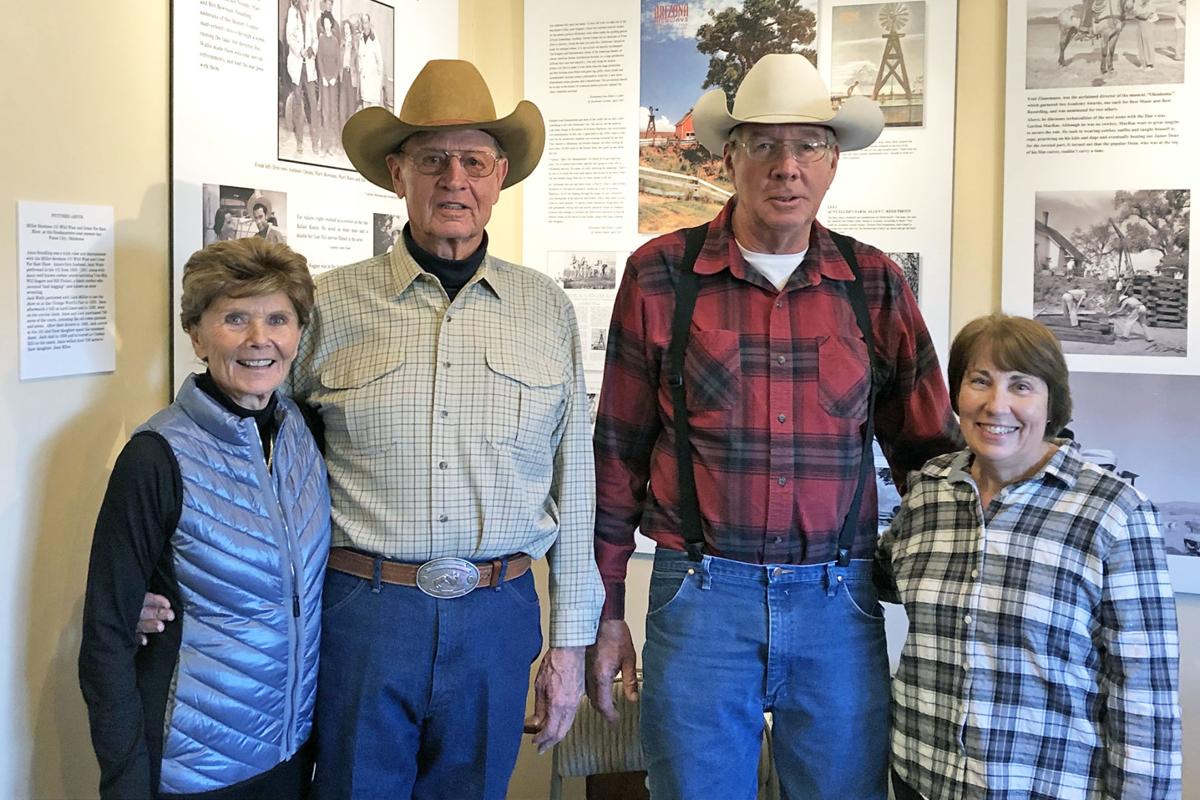 Diane and Richard Collins, left, visit with Bill McDonald of the Sycamore Ranch in southeast Cochise County and his wife, Mary. McDonald is a founding member of the Malpai Borderlands Group and recipient of the McArthur Fellowship Award. 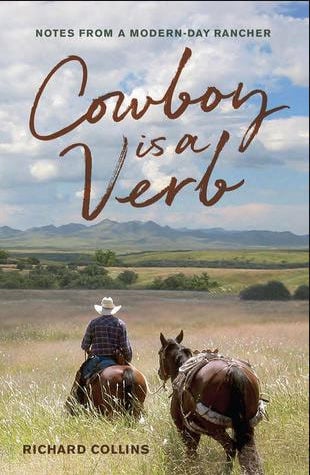 A large crowd streamed into the Bowman and Stradling History Center at the fairgrounds in Sonoita on Sunday, Dec. 1 for the book launch of local author Richard Collins’ new release, “Cowboy is a Verb.”

Collins led off the afternoon event with a PowerPoint presentation, followed by a meet-and-greet with complimentary refreshments and beverages and the opportunity to purchase autographed copies of the new book. His previous book, “Riding Behind the Padre,” was also available, along with versions in both Spanish and Italian.

During his presentation, Collins explained that the book starts with the period beginning in 1992 when he and his wife, Diane, purchased ranchland and formed the family’s C6 Ranch near Sonoita.

Over the years, he roamed the property inch by inch on horseback and fell in love with the land, the wildlife and the panoramic views, all of which spurred him to meet head-on the challenges of cattle ranching in a remote area and work with various agencies to solve problems in the watershed areas, especially where endangered species have been found.

Collins also recognized the help and teamwork he experienced from his family, neighbors and ranchers in the area, including Chris and Larry Peterson, John Donaldson and his son Mac, Tom Hunt and many others who were conservation-minded ranchers before it became a popular idea. Many in the audience nodded their heads in agreement with his words.

“Cowboy is a Verb” is published by University of Nevada Press, Reno and Las Vegas. To learn more or for purchasing information, contact Collins at stormytiptop@gmail.com or (520) 975-3842. He will deliver orders in the Sonoita/Patagonia area.