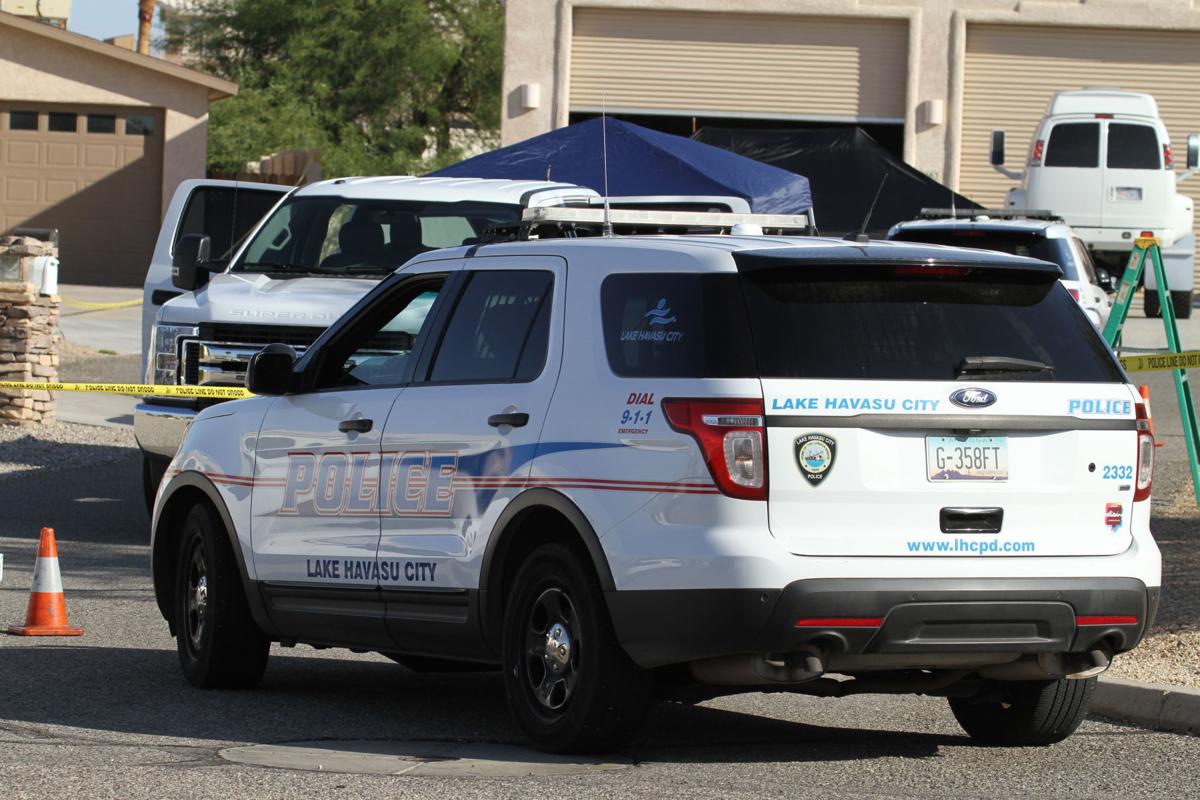 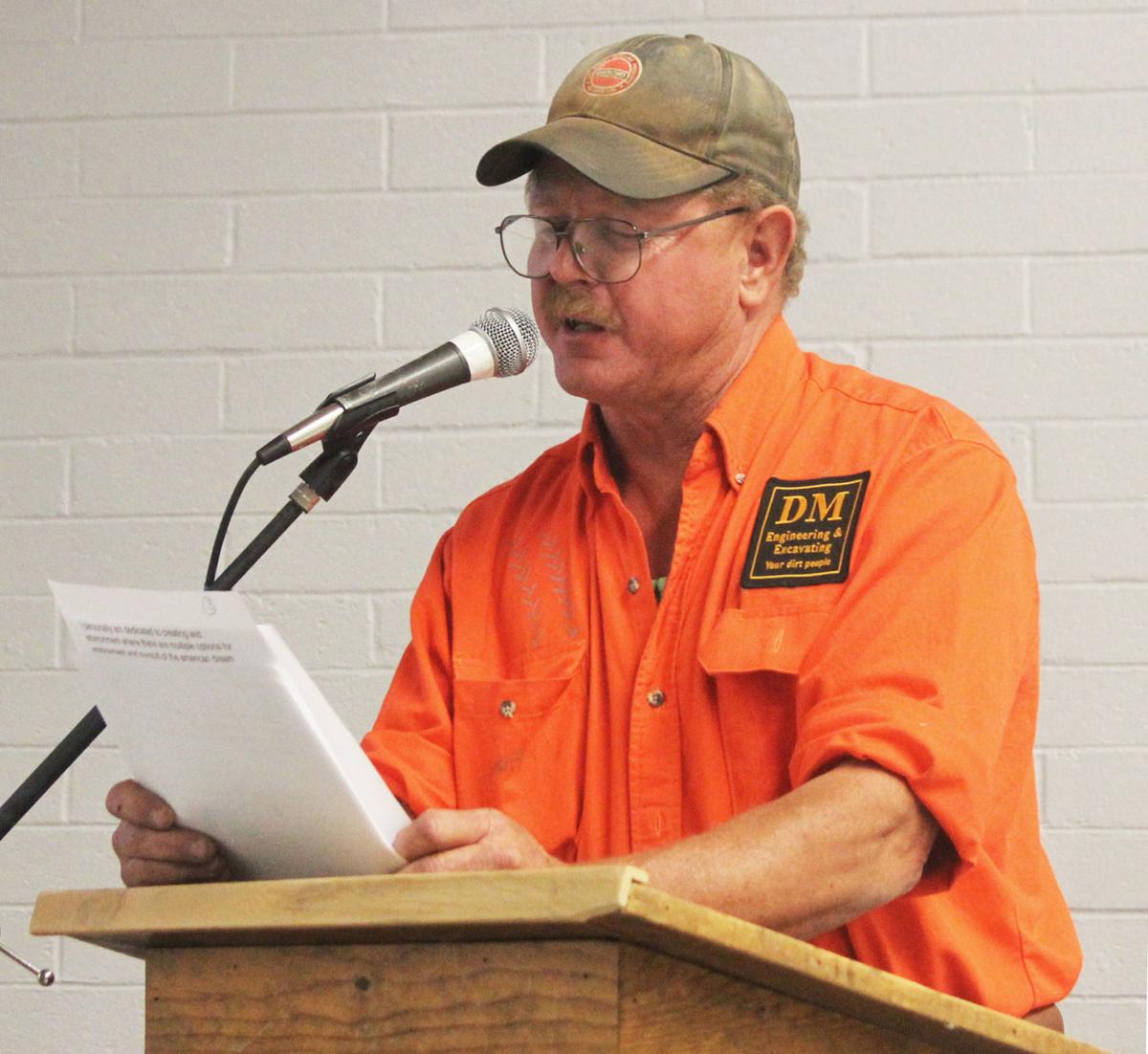 Details emerged Wednesday in the death of a Patagonia man who was fatally shot by Lake Havasu City Police officers last week, and according to detectives investigating the case, 56-year-old Brent C. Bowdon was noncompliant but unarmed when he was killed during a tense standoff.

The Kingman Police Department began its investigation July 25 into the death of Bowdon, who was shot by three Havasu police officers during an encounter in front of his home in that city. KPD announced its initial findings Wednesday in a news release that was accompanied by the release of footage from a police body camera worn at the time of the shooting.

The investigation revealed that Bowdon and his wife were drinking during the hours before the shooting, which occurred shortly before 3 a.m. The two became embroiled in an argument which became prolonged, lasting for several hours. According to Rusty Cooper, KPD spokesman, the argument led to Bowdon taking his wife’s cell phone and dialing 911. Bowdon did not speak during the call, according to Cooper, but dispatchers could hear yelling and arguing in the background.

Officers arrived at the scene and were approached by Bowdon’s wife, Denise Bowdon. When Brent Bowdon emerged from his home’s garage, Cooper said, he approached officers with one hand behind his back. According to the news release, Bowdon was heavily intoxicated at the time of the incident, and despondent after the argument with his wife.

The officers repeatedly told Brent Bowdon to show them his hands, indicated in the nearly seven-minute police body camera footage from the incident.

According to Cooper, the officers involved in the shooting were identified as Earl Chalfant, Angus McCabe and Cameron Hollis. Chalfant is an officer with 16 years of experience, the release said. McCabe has been a Lake Havasu City Police officer for about one year. Hollis has been on the department’s roster for about seven months.

Bowdon indicated that he was armed, and continued to approach officers. When ordered to halt, Bowdon appeared to refuse even after having been informed that he would be fired upon.

“We’re here to help you,” an officer could be heard saying to Bowdon in the body camera footage. “If you drop the gun and show us your hands, we can figure out what’s going on. We don’t want you to get hurt. Show us your hands and drop the gun, and put your hands behind your back, we can talk this out. It doesn’t have to end this way.”

Bowdon stopped his approach within about 15 feet of Lake Havasu City Police officers, the release said, and officers again ordered him to drop any weapon that may be on his person. Bowdon allegedly began to approach officers once more.

“Brent, show us your hands and stop moving,” an officer told Bowdon. “If you keep getting closer, you will be shot.”

Bowdon’s voice was distant as he replied, and may have told officers to “shoot” at about five minutes into the footage as he continued to approach them.

“We don’t want to shoot you,” one of the officers told Bowdon.

“We just want to figure out what’s going on,” another added. “Your wife doesn’t want this.”

Denise Bowdon could be heard in the recording at about 6:04 into the footage, begging her husband to stop.

The officers attempted to de-escalate the situation as they told Bowdon that his family loved him. The officers’ last words to Bowdon reflected on his work with the Patagonia Volunteer Fire Department. It was then that Bowdon approached once more.

According to Cooper, the officers fired 10 rounds, striking Bowdon multiple times. The officers requested assistance from Lake Havasu City paramedics immediately after the shooting occurred, but Bowdon was pronounced dead at the scene.

Bowdon was a former president of the Patagonia Regional Business Coalition and, until this year, owner of two Patagonia businesses. He was also a fire captain for Patagonia Volunteer Fire and Rescue.

The investigation into Bowdon’s death remains ongoing, and additional details will be released as they become available.

Brent Bowdon, a well-known Patagonia resident and businessman, was shot and killed by police in Lake Havasu City after they responded to an ap…